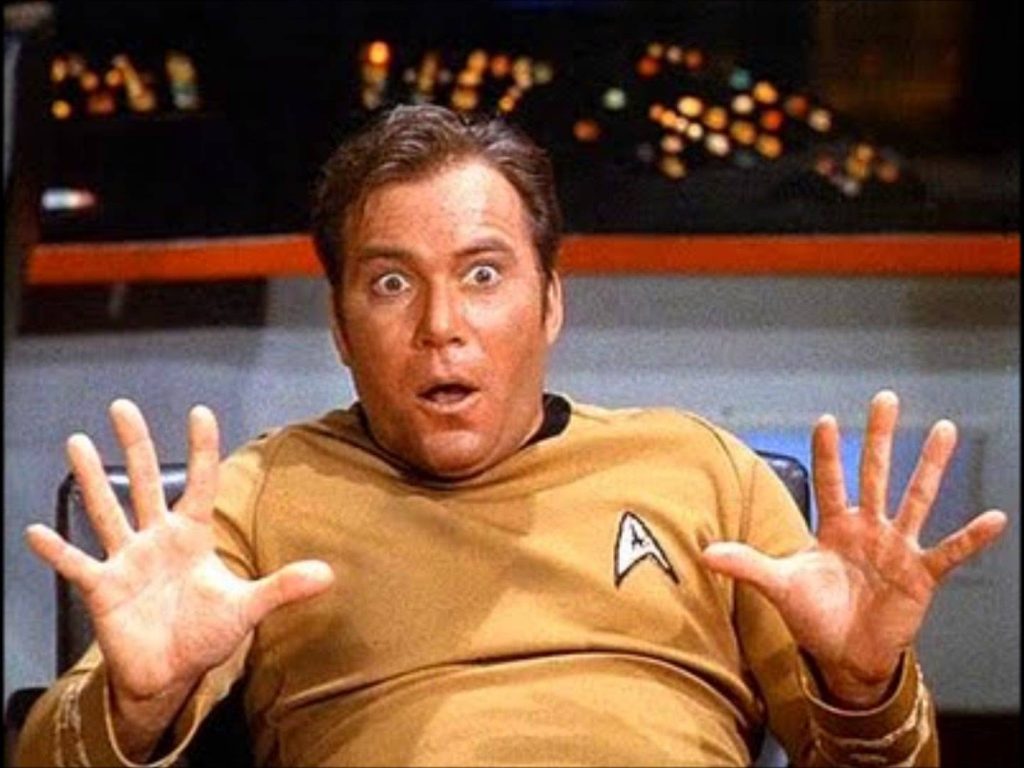 William Shatner was at a press day for his upcoming NBC series Better Late Than Never today. The timing was perfect to get his reaction to today’s news of a fourth Star Trek film with the cast of Star Trek Beyond. After the panel, I told Shatner the next Star Trek film would have Kirk (Chris Pine) meet his father (Chris Hemsworth), so surely there must be a way for Kirk Prime to appear in this story. Shatner asked me to share my idea with the producer of the films.

So yes, Shatner still wants to be in the fourth new Star Trek film. “Oh my goodness, of course,” he said.

It’s hard to believe 1994’s Star Trek Generations was 22 years ago. That was the last time Shatner played his most famous role. “Time goes by very quickly,” he said.

Shatner was also asked his thoughts on Sulu being portrayed in the new film with a husband. He seemed nonplussed about it. “Well, a lot of the characters are changed in the movies so I guess this goes along with the change,” Shatner said.

We’ll have a full story on Better Late Than Never next month on We Live Entertainment.

Star Trek Beyond opens in theaters on Friday and is rumored to have a pretty big weekend at the box office. Check out Franchise Fred’s (Fred Topel’s) review of Star Trek Beyond here on We Live Entertainment by clicking here: Star Trek Beyond Review: The Wrath of Krall.

Also, we want to know your take on this news. Do you think William Shatner should return to the franchise and do you feel he would be a worthy addition to the cast? Let us know in the comments below.

William Shatner Wants to Be in "Kirk Meets His Dad" Star Trek Film William Shatner was at a press day for his upcoming NBC series Better Late Than Never today. The timing was perfect to get his reaction to today's news of a fourth Star...
0
Average User Rating
0 votes
Please sign in to rate.