I haven’t been to a genre convention of any sort for the last twenty-five years and I have never been to a Comic Con. When Wizard World announced they were bringing their Comic Con to Madison, Wisconsin in February, my inner geek perked up. When I looked at their impressive guest list of actors and comic book artists, my inner geek started packing his bags. Finally, when the programming for the event was announced, my inner geek had already left for the convention and I had to catch up with it.

Wizard World’s Madison Comic Con took place at the Aliant Energy Convention Center. One of the first things that stood out was how well organized guest registration was. Whether you had purchased one of the many different VIP experiences or if you just showed up, there were never long delays in line. Guests had the option prior to the day of the event to purchase a number special experience packages that gave them a chance to meet their favorite stars close up, special seating during the star’s Q & A panels as well as extra swag. General Admission visitors were given a Walking Dead Comic with a variant cover, some of which will probably show up on eBay soon. The main floor of the Con was also well organized and spaced. Even on sold-out Saturday I was able to navigate down the aisles between the various Harley Quinns, Ghostbusters and other cosplayers. In the vendor area you could purchase various collectables from your favorite movies and comic books. There was also a table-top gaming area which was always packed. I was surprised at the number of games they had available and that you could just sit down with and play with your friends. There were always a dozen or more games going on.

Also in the Vendor area was a 1966 Batmobile which looked fantastic. The Bat-fan in me wanted to pull a Riddler and steal it to take it home but it was a little too big to fit in my bag. The Delorean was also there at the Team Fox booth. They were taking donations for Michael J Fox’s foundation for Parkinsons. I couldn’t resist and had to get my picture with it. The money went to a great cause. The other half of the convention hall was taken up by the many convention guest booths.

One of the highlights of the Comic Con were all of the panels that were held with their special guests. I was unable to catch them all but I was able to attend many of the larger panels. During his Q&A, Edward James Olmos gave some great insight on the time the cast of Battlestar Galactica were invited to the United Nations. Unfortunately, he was tight lipped on his role in Agents of Shield. Michael Rooker was very entertaining during his panel. He opened his segment by body slamming the moderator. Then he ran around the entire room with a microphone fielding questions from the audience. He was very entertaining and also very quiet on Guardians of the Galaxy 2. You can catch my brief interview with him here.

William Shatner’s panel was hilarious. He discussed everything from his love of motorcycles to his book “Get a Life”. You could tell that he had done this many times before, though he did choose to stay on the stage. Bruce Campbell’s panel was also different. He pulled people from the audience and had them interview him on stage. If the interview did not go so well he would pick a different person. It made for some harsh yet comical moments. Bruce also gave some insight on the new Evil Dead series he is working on. He stated that since the series is with Starz, they have no restrictions on what they can or can’t do so he promised a proper Evil Dead series that will include all the mature content that was in the movies. According to Bruce, the Ash in the TV show had retired from fighting the Undead but due to a series of events he finds himself  reluctantly pulled back in to fight the battle once more.  He definitely got the audience hungry for the show.

One of my favorite panels was the special showing of “The Crow” movie from 1990. Before the movie, there was a Q&A portion with the creator James O’Barr. He gave some fascinating details on the difficulties of getting the first movie made, his friendship with Brandon Lee, and also his thoughts on the next Crow movie. He mentioned how he wanted Luke Evans for the new movie and how the director wanted to shoot the movie like the original comic. It was a very enlightening and intimate panel.

There was a performance by the video game tribute band “Critical Hit” headed by World of Warcraft composer Jason Hayes. The audience was enthusiastic while listening to various numbers that included music from Pokemon, Halo, and Skyrim. There were many other guests including Billy Dee Williams, George Wendt, James Marsters and Eliza Dushku to name only a few.

I had always known about cosplayers and had seen the pictures from other cosplayers but it wasn’t until I experienced a Comic Con first hand that I realized just how large the cosplayer community was. During the course of the convention I saw costumes that ranged from the very basic to extremely detailed. Harley Quinn and The Joker seemed to be the most popular characters, followed by the Ghostbusters. I talked with a gentleman dressed like the classic Captain America. His outfit was made from authentic World War 2 clothing down to his spats that still had a soldier’s name in it. His shield was fabricated out of a very heavy piece of metal, and he had done the paint job as well as the leather handles himself. He was just one of the many thousands of people who had dressed for the Con. There were also a number of panels held that discussed many cosplay topics. You could tell they were a major demographic for the convention and it made people-watching at the event interesting.

You may ask. ‘What does an event like Comic Con have to do with film?’  I would say with the explosion of the Marvel Cinematic Universe and the fact that movies based off comic books are going to be around awhile, the two mediums are closer than ever. I would highly recommend to any fan of the comic book, sci-fi, or horror movie genres to go to a Comic Con.  While it does have the word ‘comic’ in it, the Wizard World Comic Con appears to have something for everyone and I will be attending again next year. 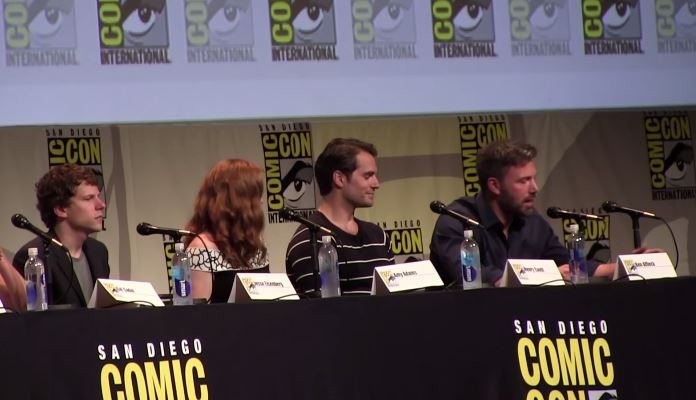 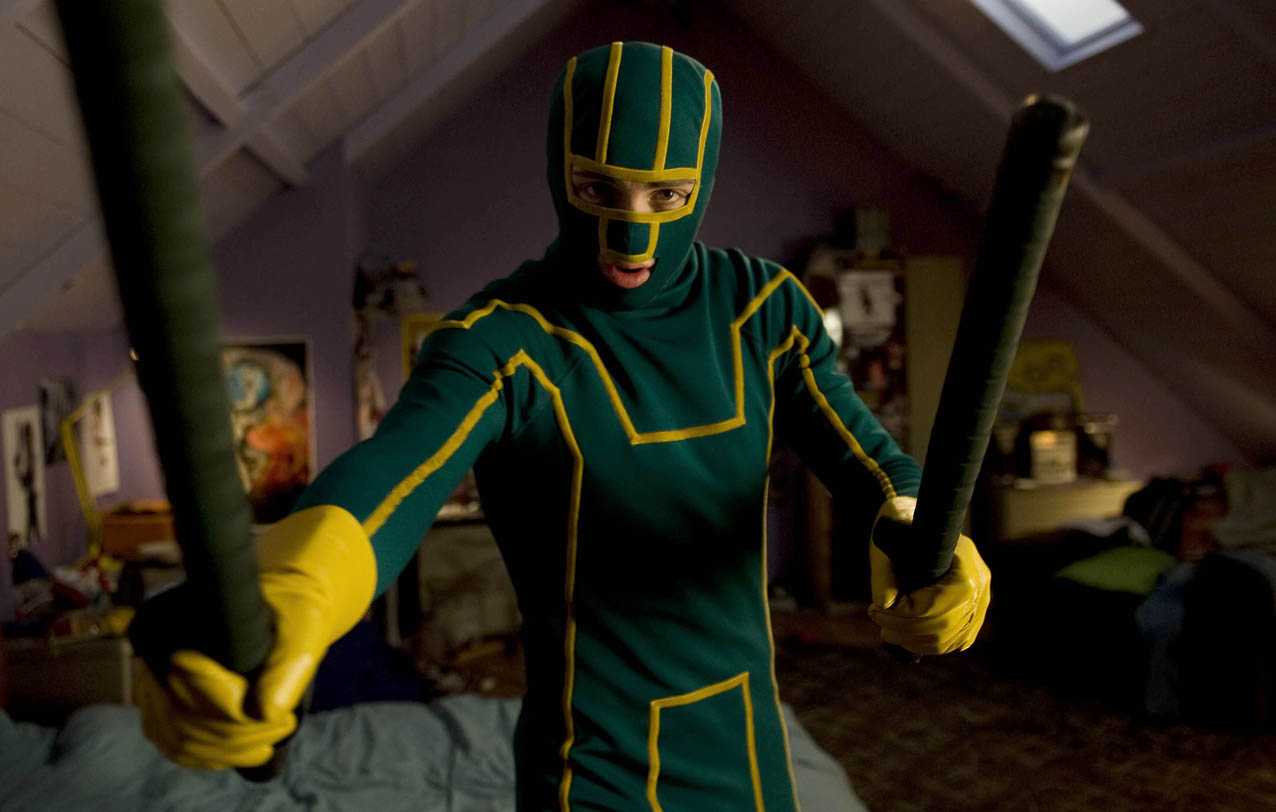 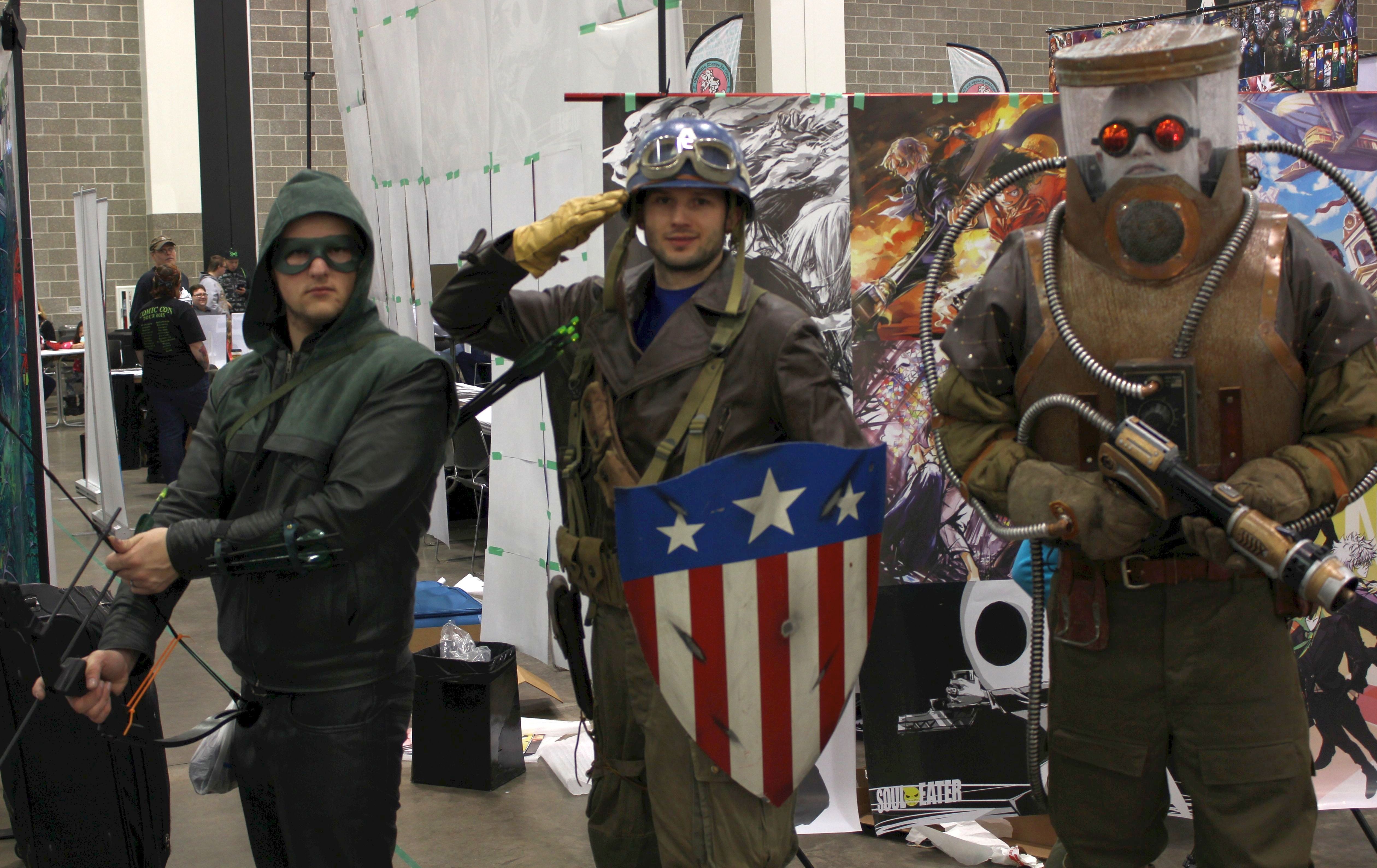 I haven’t been to a genre convention of any sort for the last twenty-five years and I have never been to a Comic Con. When Wizard World announced they were bringing their Comic Con to Madison, Wisconsin in February, my inner geek pe...
0
Average User Rating
0 votes
Please sign in to rate.