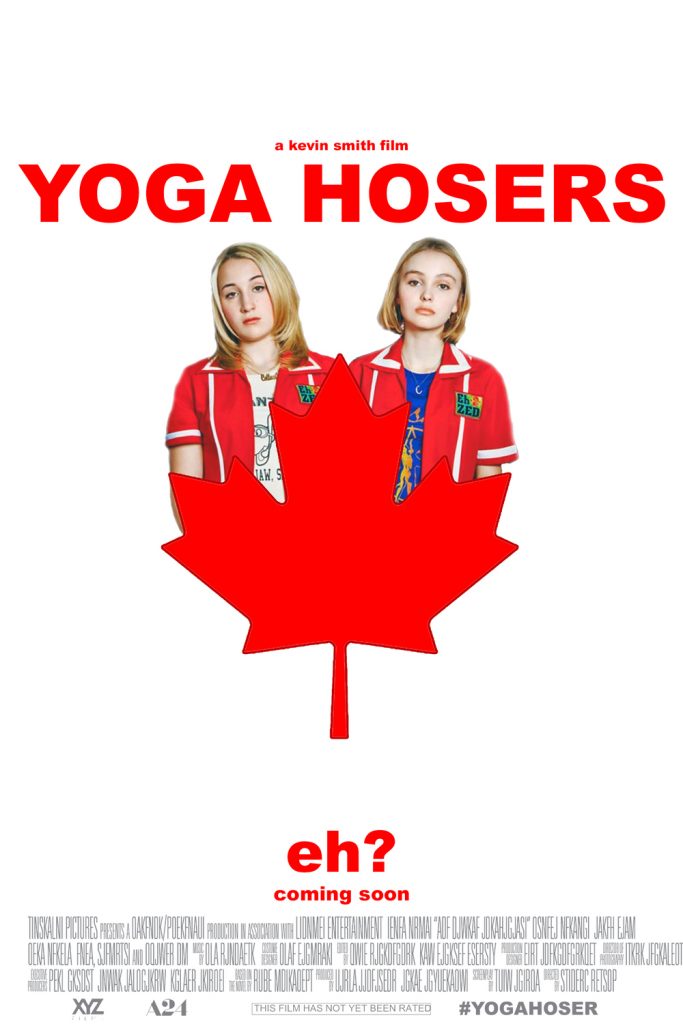 Yoga Hosers: Not Your Average Film

As someone who is not a big Kevin Smith fan, I walked into Yoga Hosers not knowing much about the film at all, other than it was directed by Smith and stars his daughter Harley Quinn. I’m also not a fan of overly silly or goofy films, but that being said, I oddly enjoyed Yoga Hosers.

While the premise of Yoga Hosers is pretty stupid, there is some good stuff there. Yoga Hosers is about two best friends both named Colleen (Harley Quinn Smith and Lily-Rose Depp) that love yoga and work at a convenience store called “Eh to Zed.” The film opens with the Colleens singing a song in the backroom of the convenience store with their band’s drummer Ichabod played by Adam Brody. 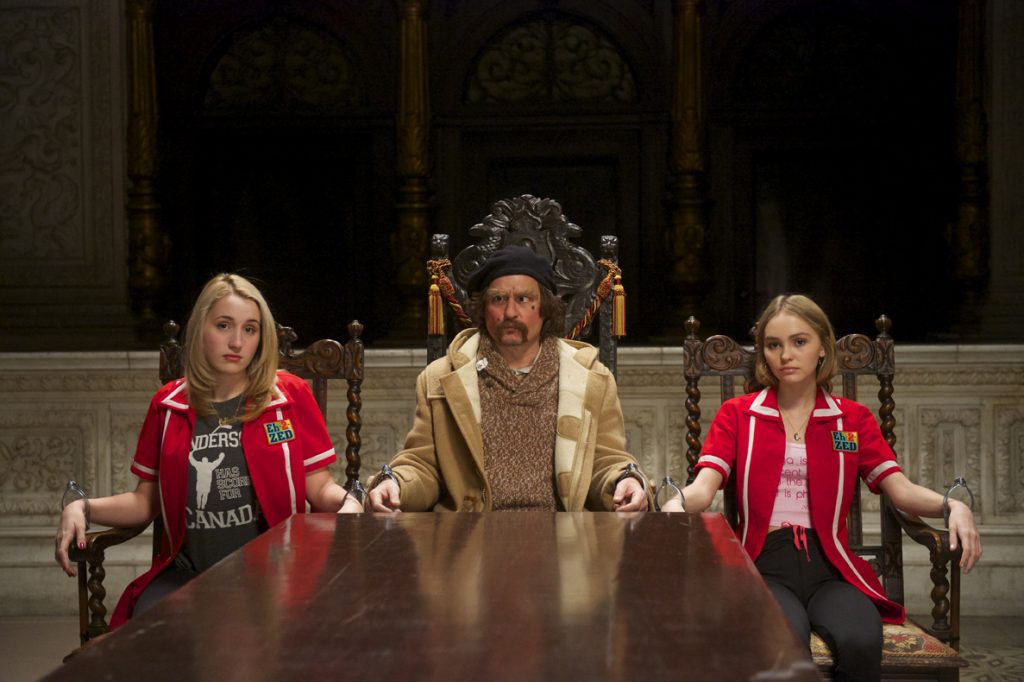 All seems normal in their teenage lives until Guy LaPointe (Johnny Depp) enters their lives. Guy informs the girls that people are turning up dead in their hometown. Meanwhile, they are invited to a senior party by Hunter and Gordon but the Colleens are suddenly forced to work that night and miss their party. Determined to not let their job destroy their plans, they invite the boys to move the party to the Eh to Zed. Everything changes when they realize the boys aren’t who they thought they were and suddenly the convenience store is under attack by these small Bratwurst Nazis known as Bratzis. The girls must use their kick ass yoga skills to defeat the Bratzis and save their home town. 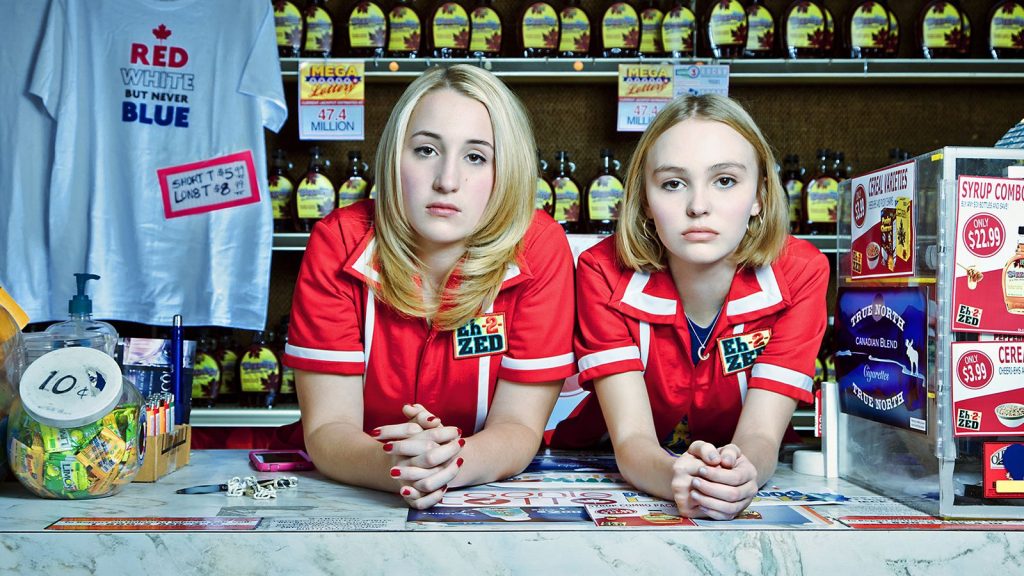 As I said, the premise is really out there, but it is so enjoyable and bizarre that I couldn’t help but love it. The performances by Harley Quinn and Lily-Rose are pretty good. They play the typical disinterested teens with their faces always buried in their phones. Their chemistry is great which is no real surprise since they are real life best friends. Johnny Depp as Guy LaPointe is ridiculous and funny. He is some bizarre caricature of a detective but is so fun to watch. The Bratzis are incredibly creepy and odd to watch, but provide a great deal of comedy. Justin Long plays Yogi Bayer, the girls yoga instructor, who clearly has no idea about yoga. He teaches the girls things such as the way of yoga is to fight, bringing us some pretty funny fight scenes. The girls use their “yoga skills” to take down the Bratzis and save the country. 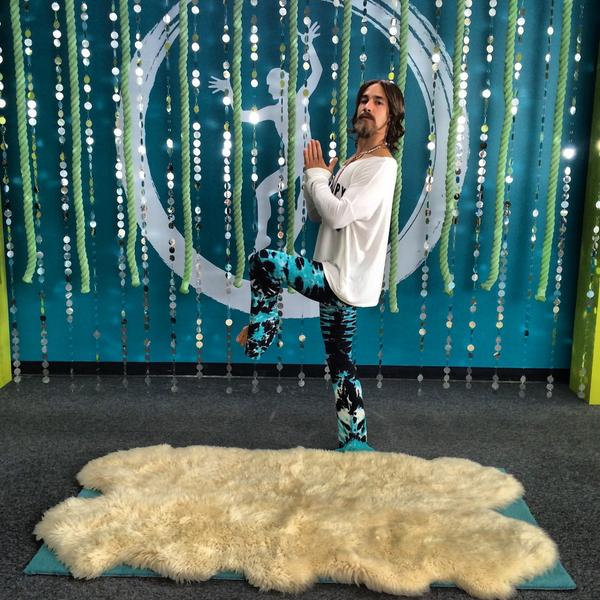 While the story is silly and the film is funny, I think the more important thing about Yoga Hosers is the fact that we are given a young female led story that isn’t over-sexualized or romanticized. When it comes down to it, the Colleens just kick ass and prove that they really don’t need the help of any boys or men to do so. The two girls are average and are portrayed as such. They are never shown caked in make up or dressed way too old for their age and that sends a great message to younger girls. I really appreciate that about this film.

Overall, it is a totally bizarre film and I don’t really know who I would recommend this film to, but its a ton of fun.Yoga Hosers has some really great cameos as well that fans are sure to enjoy. The performances are pretty great, storyline good and it stars two female teens kicking some Bratzi ass.

Yoga Hosers: Not Your Average Film

Yoga Hosers: Not Your Average Film As someone who is not a big Kevin Smith fan, I walked into Yoga Hosers not knowing much about the film at all, other than it was directed by Smith and stars his daughter Harley Quinn. I'm also not a fan o...
0
Average User Rating
0 votes
Please sign in to rate.