Although my ancestry is tied to the Jewish faith, I would never categorize myself as religious. Thus, even as a mockumentary, something like YouthMin would normally be of little interest to me. After all, what can be gained by watching young minds be warped by institutions that make a profit from inhibiting feelings, even in jest?

As it turns out, directors Arielle Cimino and Jeff Ryan know how to spiritually awaken even the most skeptical non-believer. Not only is their comedy wonderfully sincere, but it also avoids cheap shots when making astute critiques about religious hypocrisy. In fact, Youth Min is primarily concerned with advocating unity among Christians, reminding them that casting judgment is ultimately not up to them. If you’re going to proudly wear your badge of Christianity, use the beautiful souls who comprise the Bethany Youth Group as your purity guide. 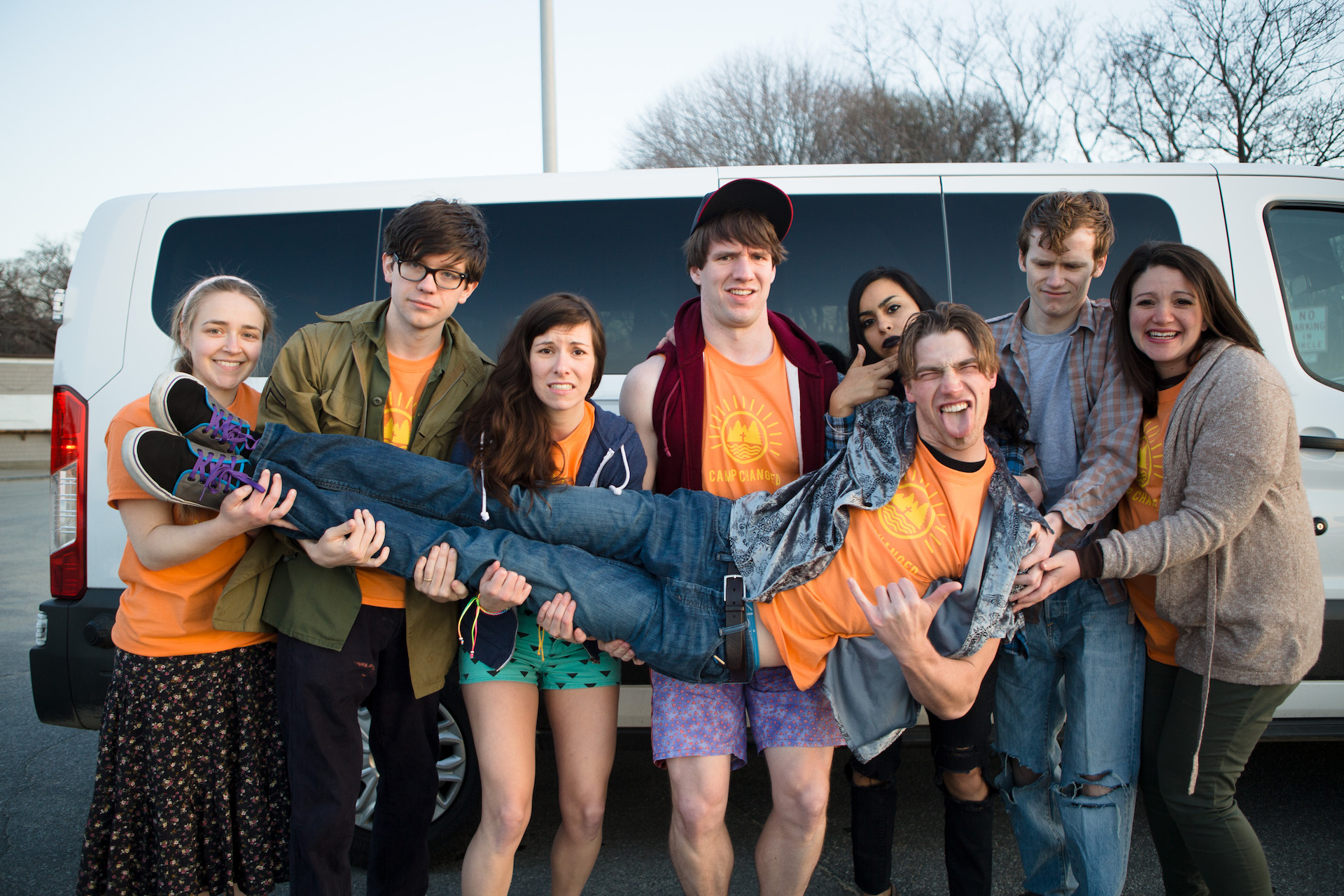 Led by their eccentric youth pastor David (Ryan), the teen Christian group finds themselves in more hot water than holy water as they brave the competitive world of Bible Camp. Ryan, who also co-directs the faith-based comedy, spellbinds as David, who ironically takes his leadership role way too seriously yet demonstrates little sign of personal maturity. Despite his many years of youth pastor service, David’s superiors don’t feel he’s garnered respect or trusted authority. He isn’t connecting with incoming groups; in fact, his pedantic sermonizing winds up more patronizing than edifying.

The solution is to give David a partner to help co-lead the latest group. In actuality, the rambunctious preacher’s new colleague is there for the interim until the time comes to replace him. However, his successor Rachel (Tori Hines), winds up being one of his closest confidantes and maternal sources of support. Although pregnant, Rachel does not let religious laws against premarital sex discourage her commitment to the kids. Hines oozes affection, warmth, and tolerance. She knows being a hormonal teenager, grappling with new feelings and interests can be tricky to navigate, especially when your faith pressures you to pacify your rising angst. 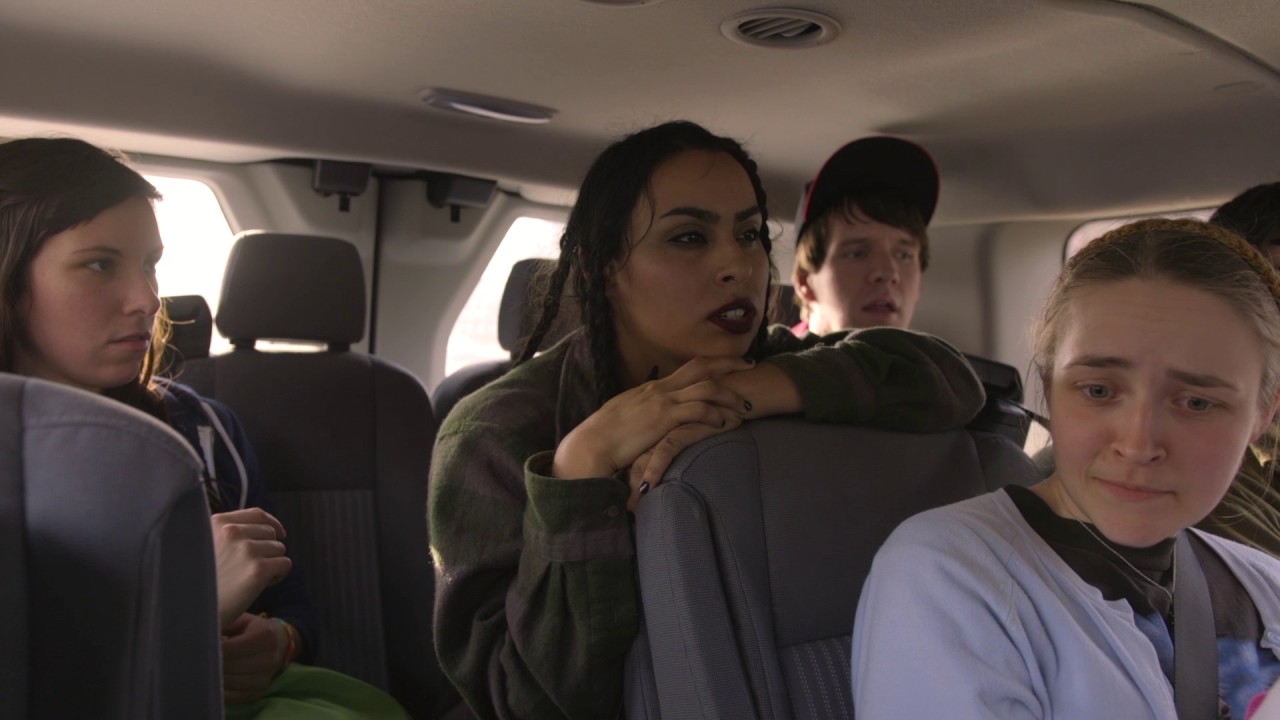 Much like Jamie Babbit’s groundbreaking But I’m a Cheerleader, the young misfits reclaim their identity by fighting the system from within. Bible camp reveals David’s obsession with competition as if being a dominant force in this arena is the only thing that validates his worth. He also misreads innocent prank interactions as homosexual activities — which should have been a bigger topical dissection about projection and lingering bigotry within the larger Christian community. Yet, what makes YouthMin such a disarming charmer is its endearing ensemble, who build confidence by embracing their flaws.

Sometimes narratives with a critical lens tend to cut so viciously that their message gets lost. Here, Cimino and Ryan show the absurdity of religious tenets by way of epiphany. David, Rachel, and the teen youth they chaperone all come to realize that true Christianity doesn’t negate feelings but instead provides a communal forum to work through them. The less bound to institutions, the freer you are to develop your own singular relationship with a higher power. YouthMin leads a dogmatic march towards self-actualization, working towards a revolutionary mindset that embraces faith while rejecting the forces that make it corrosive.

YouthMin is available on VOD and digital. 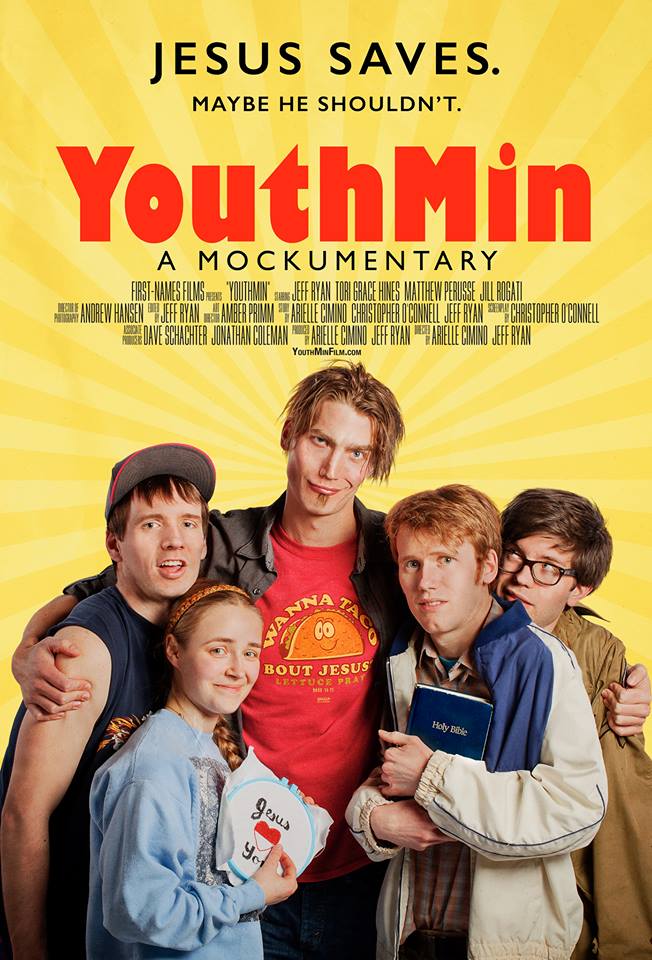 ‘YouthMin’ Review: A Reminder for Christians to Practice Love

Although my ancestry is tied to the Jewish faith, I would never categorize myself as religious. Thus, even as a mockumentary, something like YouthMin would normally be of little interest to me. After all, what can be gained by watching youn...
0
Average User Rating
0 votes
Please sign in to rate.
Film:YouthMin
Cast:Amelia Haas, Carl Schultz, Geena Santiago, Grace Ulrich, Jeff Ryan, Jill Rogati, Luke Deardorff, Matt Perusse, Taylor Jones, Tori Hines, Will Martin
Director(s):Arielle Cimino, Jeff Ryan
Writer(s):Christopher O'Connell
Genre:Comedy, faith-based, mockumentary
Studio(s):First Names Films
MPAA Rating:NR