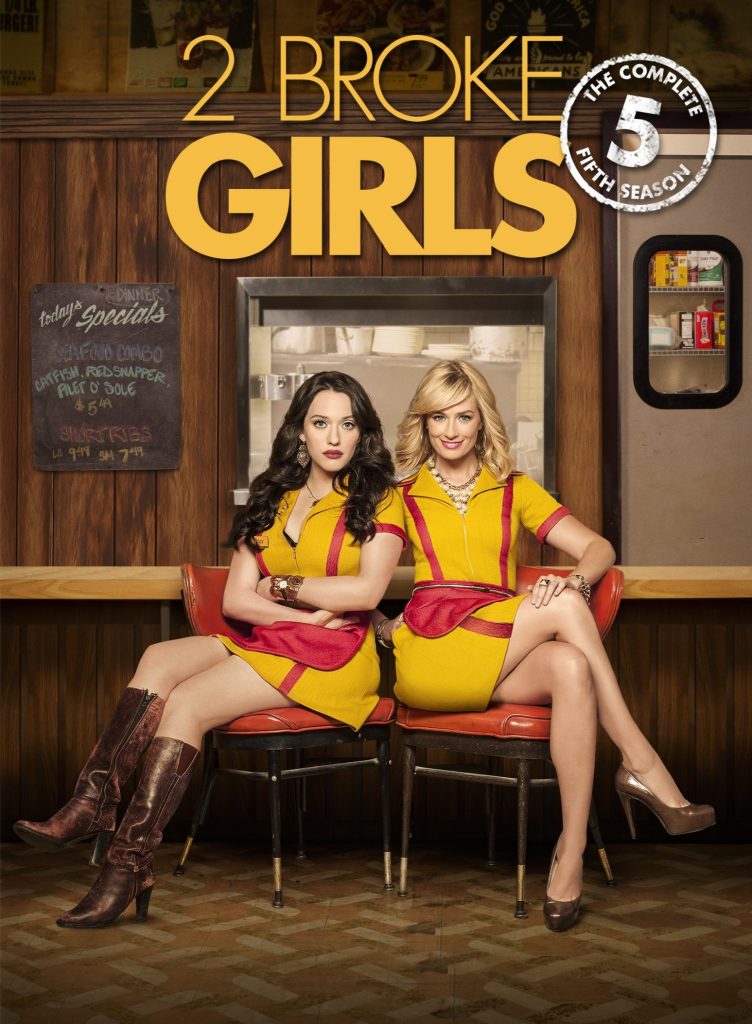 The DVD Box Set will be released on September 20, 2016 and will contain all 22 episodes From The Fifth Season Plus Never-Before-Seen Extras

The show has been nominated for 9 Primetime Emmy® Awards

Start banking those laughs, as Warner Bros. Home Entertainment brings the funny with your favorite comedic duo as 2 Broke Girls: The Complete Fifth Season is released on DVD September 20, 2016.  The DVD release will include all 22 half-hour episodes from the fifth season, plus unaired deleted scenes and a gag reel.  In its fifth season on CBS, 2 Broke Girls delivered an average of 4.9 million viewers weekly in U.S. households. 2 Broke Girls: The Complete Fifth Season is priced to own at $24.98 SRP.

In season five, Max and Caroline continue to wait tables at the diner while trying to build their new business — a dessert bar! Caroline goes to Hollywood to meet with studio executives to discuss the idea of making her riches-to-rags life story into a movie. Max tags along and meets Randy (guest star Ed Quinn) — who becomes her new beau — but will it last outside Hollywood? Sophie and Oleg are expecting, and pregnancy can’t slow these two lovebirds down. Han finds himself in trouble when he can’t repay his debt from gambling on women’s tennis, but the diner gang rallies together to help him. Earl gets his feelings crushed when he discovers his old jazz band is having a reunion and he is not invited to play — it’s up to Max and the diner gang to make it happen!

“2 Broke Girls delivers one-liners that are worth a million bucks,” said Rosemary Markson, WBHE Senior Vice President, TV Marketing. “With the combination of the brilliant writing that is legitimately hilarious and edgy, and TV’s favorite leading ladies, this series is sure to have you laughing over and over again!”