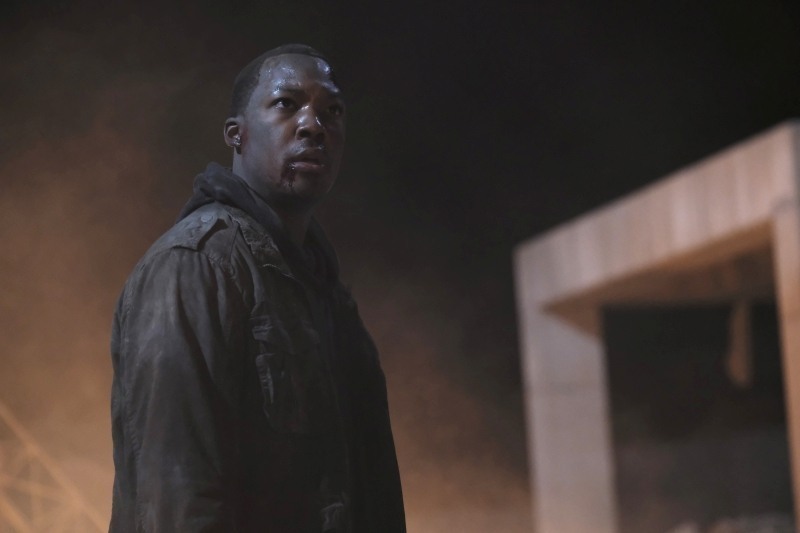 “They messed with the wrong people”

Warning: This review will be have plenty of spoilers. Watch the episode, then have a look at this review.

Okay, that’s what I’m talking about, 24! Hour 8 was packed with some good ol’ fashioned explosive, edge of your seat fun. Last week, we were left with Eric and Andy’s lives hanging in the balance while being in the custody of Jadalla and his men. It was a setup that was sure to lead to a showdown of some kind. And oh, boy, did it lead to an epic rescue mission by… Isaac’s crew?

Isaac gets mad props and pretty much wins the hour for stepping up and unleashing his bad assery on some terrorists. After stopping the two bad guys Jadalla sent to kill him and Nicole after he had released them – one in which Isaac gets into a pretty rad fight with and stabs the guy in the spine with a hook – he calls up his crew to save Eric. Who needs CTU when you got a gang? Besides CTU is ordered to stand down because the Department of Defense wants to send a missile strike to Jadalla location. Isaac’s boys, who were having some loyalty issues with their boss – See? I mentioned this could happen back in hour five – almost didn’t go along with it. But leave it to fearless Nicole to talk some sense and remind them about family. It would have been so awesome if she had gone with them to save Eric and Andy. She was ready and willing like a true ride or die chick. Isaac had a point though. Eric risked his life to keep her safe, so it only made sense for her to stay behind. But it still would have been dope if she had gone. Isaac looked like a gangsta terminator walking all chill-like busting shots with his shotgun at his hip. He took a hit getting his brother out, but I think he’ll be all right. For the first time, I actually gave a damn about Isaac. He became someone I could root for. I really hope after his heroic turn in this hour, the show has more useful story for him in the coming hours.

Eric spent most of the episode being tied up and beat up, and eventually being rescued. But that doesn’t mean he was less than a bad ass than all the men with guns. I’ve mostly been able to limit the Jack Bauer comparisons with my look at Eric, but in this hour, he did some Jack Bauer like things. And I’m talking older, less caring, nothing left to live for, truly willing to die Jack Bauer. That chair stunt looked incredibly painful, but he didn’t hesitate at all with smashing himself free to reach the crate of grenades to blow everyone sky high. Too bad he failed and had to feel the aftermath (hey, that could work as a Dr. Dre joke). I mean, ouch! Carter also didn’t back down from calling Jadalla a false prophet, even suggesting he enjoyed the idea of killing innocent people. Getting into the heads of enemies and getting beat up for it is also something Jack Bauer used to do. It’s a great way to thrown your enemy off their game. Jadalla has been improving as an interesting villain. He’s not as righteous as he seems. He didn’t even believe in the cause until his father died. Carter can see past his words. With the aid of Carter’s mocking, Jadalla’s sadistic side came out, probably making him look weak in the eyes of his men. This mind game of Eric’s was another element that added to the suspense of the episode. 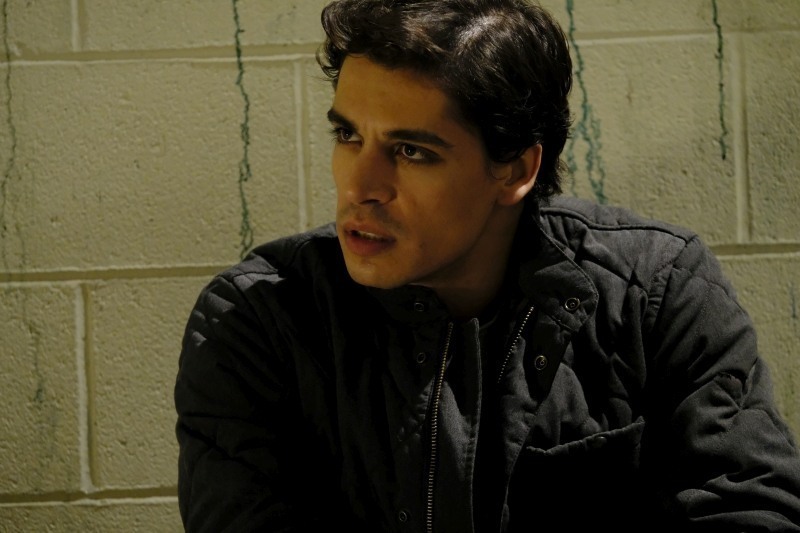 Oh, boy did I really feel for Andy. I still think he’s incredibly brave for having gone with Eric on this mission, but I knew he was going to go through some pain. I also knew sabotaging the sleeper cell drive was not going to go as planned. It’s 24. Things never go according to plan. I got to hand to Jadalla for giving Andy a decoy drive to see if he was going to try something. Too bad the virus attempt earned Andy a Rambo-sized knife in Andy’s leg and further assurance he’d get shot after the task was done. Thankfully, Andy made it out of the assault alive. Thank goodness he got a hold of a phone to call CTU. Otherwise, he would have never found out about the missile headed their way. I’m sure Locke was very happy the see Andy safe too.

I cannot get over how awesome the warehouse assault was. It was by far the biggest and baddest action sequence of the season so far. I was literally cheering while sitting on the edge of my seat watching Isaac’s crew bust through the gate, wiping out Jadalla’s men. It was also just cool knowing these weren’t agents and soldiers gunning down terrorists. The terrorists were basically getting their asses handed to them by thugs. The suspense was added by a small window of opportunity due to the missile strike. The boys had to get the hell up outta there before getting bombed.

Jadalla was not killed in the firefight and is now in CTU custody. But the show must go on, and there’s a new bad guy on the loose. Oded Fehr was introduced as Nesiri. We know very little about him other than the fact that Eric knows who he is and he escaped the raid. His reveal was really sudden, but the subtlety adds to the mystery, in my opinion. Guess we’ll have to wait and see what this guy can pull off.

Moving away from the action side of things and into more dramatic territory, John arrived at the location where his father was being interrogated. Things got heated when John confronted Rebecca about the situation. I honestly can’t blame John for reacting this way because he’s not used to this part of the world. He hasn’t seen what his wife has been a part of throughout her career. Makes you wonder who’s sleeping where when this is over. We’ll have to wait for the next episode to see what the fallout is for their marriage. I honestly hope they can move past this. I think Rebecca needs to move away from this life. Even though she’s good at it, she’s obviously been doing it for too long.

As for Henry, my goodness, that old bastard is strong to resist the dosage of drugs pumped into his body and the barking of Tony Almeida – which by the way, felt good seeing him act intimidating once again. Guess we’ll never know if Tony could have made him talk since Rebecca stopped the process due to CTU finding the location of Jadalla. 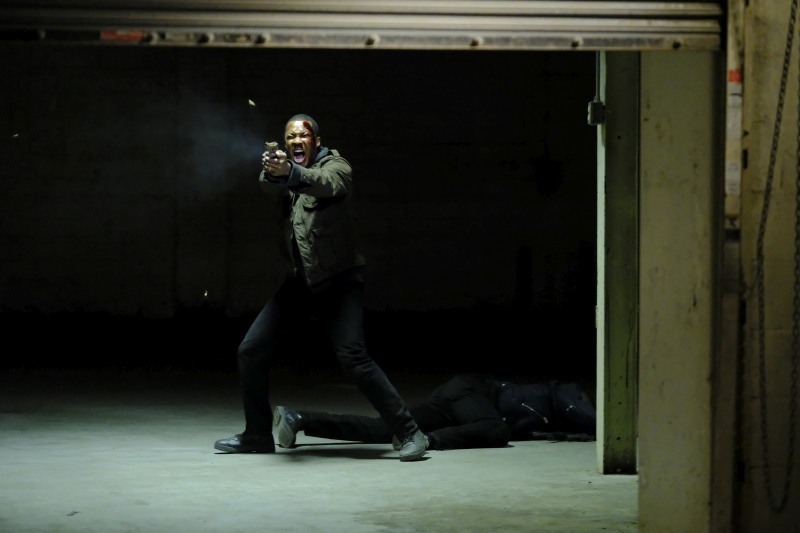 None of this slowed down the pace or interfered with the bigger event happening elsewhere. This subplot was mostly elevated by the performances of everyone involved. I’m just disappointed Henry didn’t break. I wanted him to spill everything. We did learn that despite everything, John loves his father. I just hope he’s not too forgiving of Henry’s crimes. So as we wait and see what happens to the Donovans, I want to know what’s next for Tony and his crew. I hope this isn’t Tony’s exit for the season. Although I’m pleased with his presence, I want more. More Tony, dammit!

Hour 8 was nothing sort of bad ass. It packed in the most thrills and suspense of the day so far. Isaac became more valuable to the show. Eric’s extreme methods were intense to watch. We got an epic gun battle with a lot of dead bad guys. The only disappointment to the assault was having to see the missile strike through a CTU drone feed, obviously cutting costs from the budget. Either way, last week’s hour was the setup for this all to go down, and this week, we got a terrific payoff.