An invisible plague spread worldwide in the 1980s, one that continues to haunt us to this day. Telling the story of the AIDS crisis is far from new ground for film or television. Despite this, the harrowing images and stories continue to resonate with audiences. Writer Russell T Davies helped usher LGBTQ+ characters into the mainstream with Queer as Folk during the 1990s. However, the series did not openly discuss AIDS as it explored the community without the specter of the virus. His semi-autographical series, It’s a Sin, tells the story of a community in London during the 1980s. The vibrant life and world explored in It’s a Sin showcases a new side of the era, even if the point-of-view limits the world we inhabit.

It’s a Sin explores London in the 1980s as AIDS ravaged the gay community. Ritchie (Olly Alexander) comes to London from the country, where he’s been in the closet his entire life. Roscoe (Omari Douglas) leaves his Nigerian family as his family threatens to send him back to their homeland. Colin (Callum Scott Howells) and Ash (Nathaniel Curtis) live professional lives while finding acceptance in the community. Finally, Jill (Lydia West) seeks answers to the worrying rumors spreading within their community.

Davies paints a brilliant, if limited, view of the era. He draws his characters with an emotional texture that few stories examining any tragedy can achieve. None of his characters will find themselves canonized by history (with the potential exception of Colin), and at the same time, you cheer them on at every turn. These are men living their lives in ways we rarely see in popular culture. This extends beyond the sexuality of its characters to the exciting lives many men saw waiting for them in the next decade. Generations of gay men are depicted, with guest roles for Stephen Fry and Neil Patrick Harris leaving indelible marks on the characters as they grow. 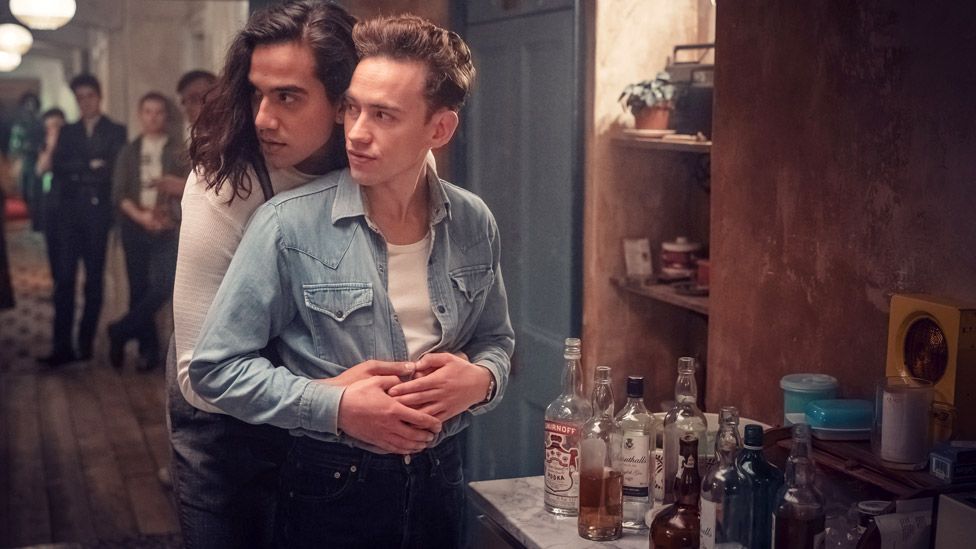 The sexual awakening of a country is palpable, barely more than a decade after homosexuality was persecuted by the government. The series displays the sex between the characters with emotional honesty rarely seen on screen. Few shows have displayed sex as explicitly as It’s a Sin, itself a comment on the taboo nature of the virus. Many who died from AIDS suffered from the stigmas created through the discourse of white heterosexual culture. The explicit images explain the pleasure and vulnerability many of these men felt for the first time in their lives. This also allows It’s a Sin to openly discuss our ignorance public health crisis in interrupting our lives. The similarities to 2020 and 2021 are impossible to ignore, despite the series having completed filming before the Covid crisis.

Alexander and Douglas shine throughout the series, even as each character wears their flaws in the open. The two actors dig in deep, delivering genuine moments of love, tragedy, passion, and comedy at any minute. Alexander wins you over despite the seemingly hypocritical ways he approaches life, love, and politics. He invites a fresh perspective on life, and his siren call returns your attention to his self-serving monologues and actions. It’s a nuanced performance that certainly contains the showiest moments of the series. Meanwhile, Douglas paints a more subdued and internal picture of the era. He highlights a very different story than the traditional stories we often see about the era. Douglas wonderfully sells his character’s promiscuity and immigrant background, with the guilt he feels at every turn. 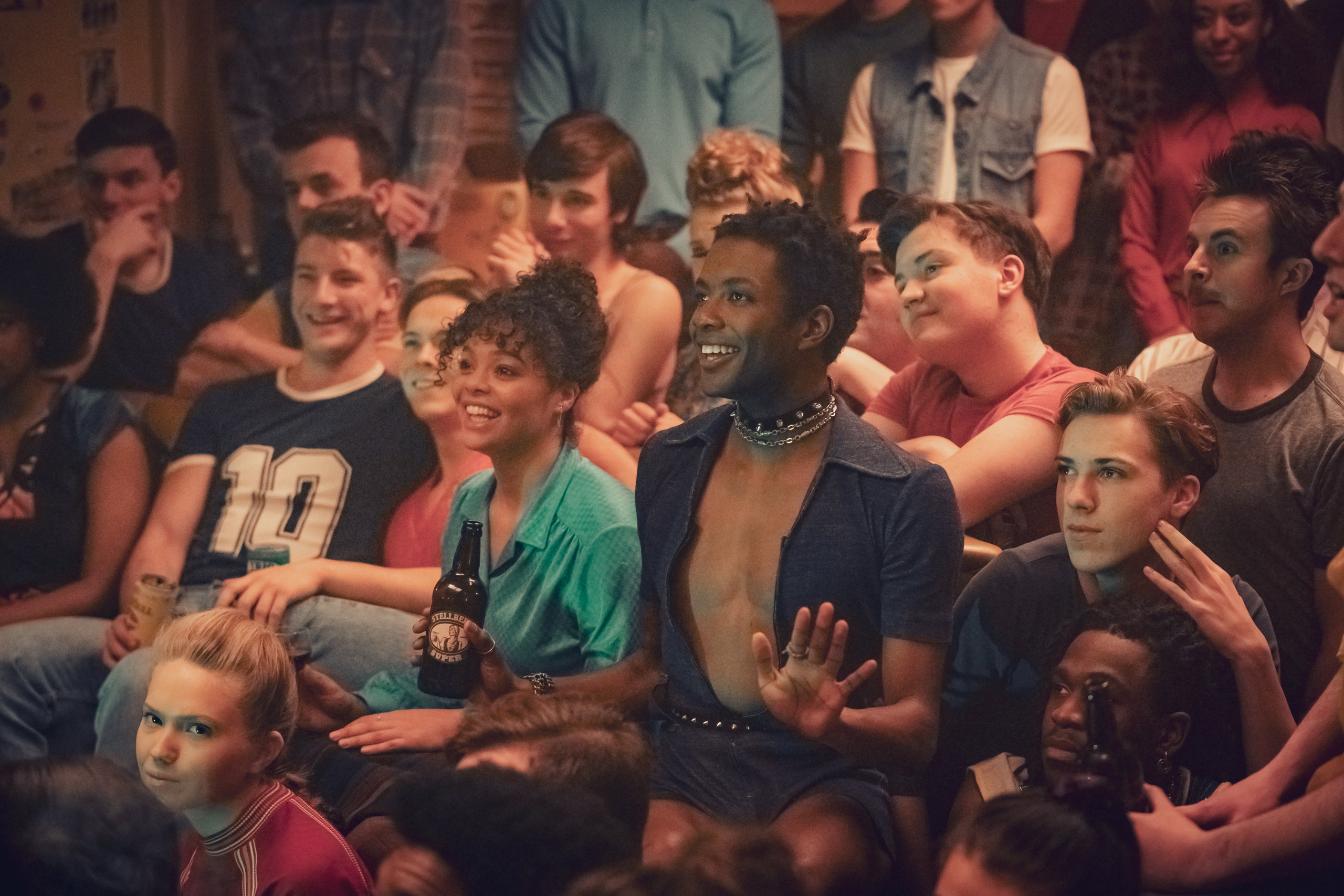 Davies’ story cannot be the definitive work about AIDS in England. The series almost exclusively views the AIDS epidemic effect on white men, rarely breaking outside that point-of-view. Most women are defined by their relationships with male protagonists. That’s not to say they are powerless. West adds agency to her character through her performance, despite facing continued discrimination. Her foil is Keeley Hawes, who shines as a mother of one of the boys. Her complicated turn opens us up for a fairly divisive ending, even as it engenders sympathy. Non-white communities being ravaged by AIDS are alluded to but rarely shown. There’s an intersectionally present in the text, yet the story is not fully inclusive in its view of the era. Instead, the autobiographical elements mean the series does not reach beyond its writer’s understanding.

For Davies’, It’s a Sin represents another high watermark in queer entertainment. The depictions of life and love in the AIDS crisis are emotionally compelling at every turn. The tragedy is present, but death is a part of a much larger tapestry. The universal themes of It’s a Sin resonate thanks to the series’ performances and well-drawn characters. This is not the latest piece of tragedy-porn about a dark time. Instead, this is an energetic snapshot of an era defined by a plague. 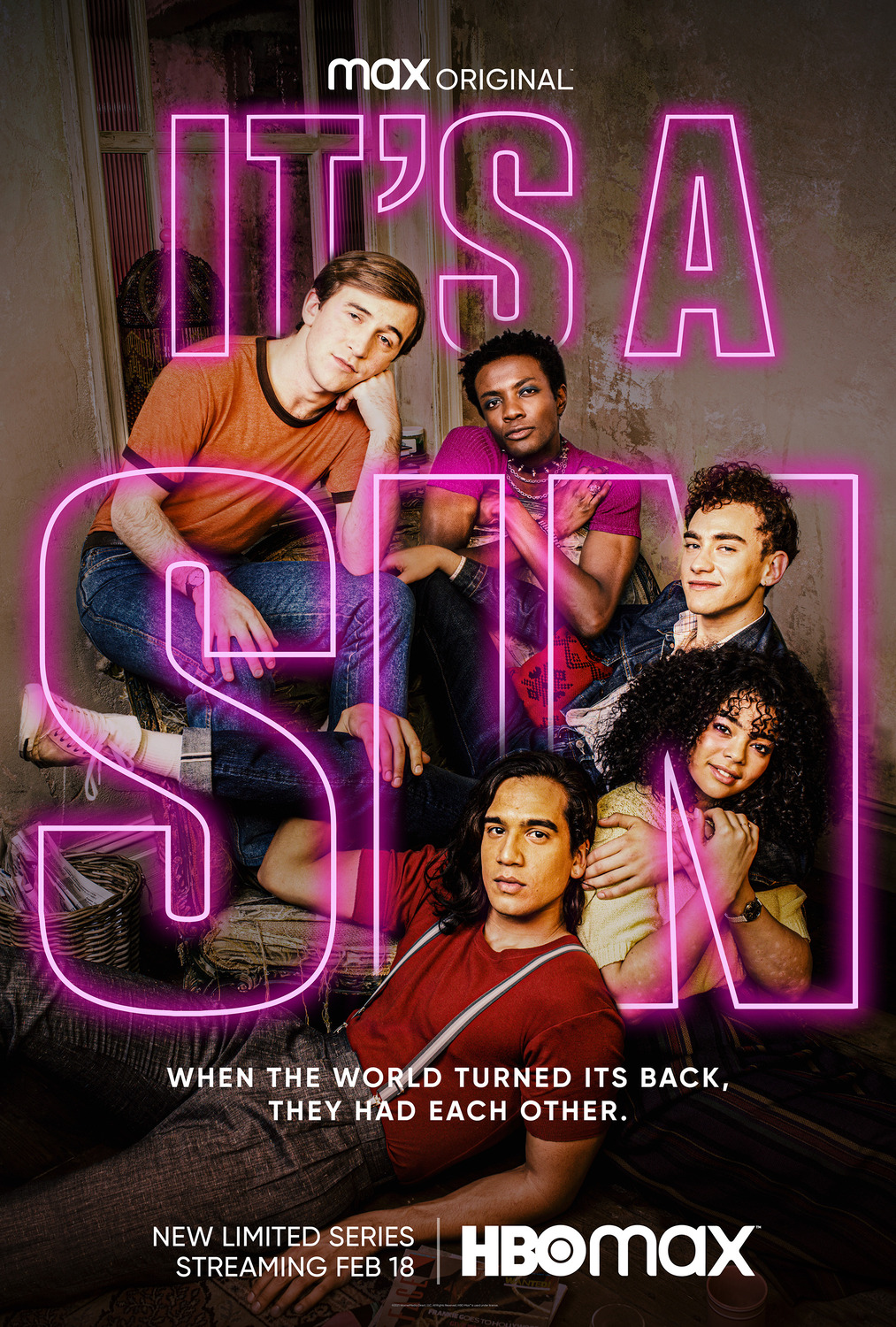 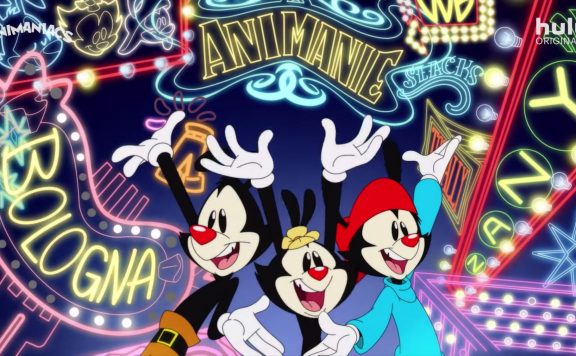