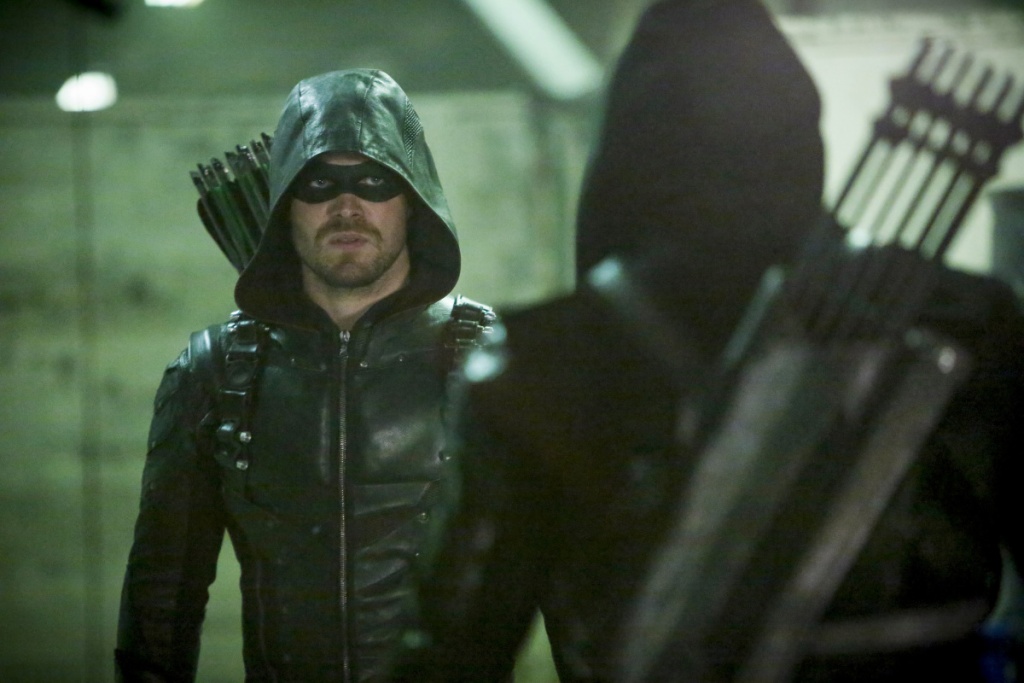 Arrow: ‘Who Are You?’ Review

Warning: Serious spoilers are everywhere in this review. Watch the damn episode, then read this review... Please.

All right, Arrow makes its 2017 return. Let’s get right into it.

The final scene of the midseason finale left us with a head scratching cliffhanger with Laurel Lance casually standing in the bunker, saying “hi, Ollie”, leaving us saying “what the hell?!”, making us want to knock over our Christmas trees. Well, at least for a few minutes. Sure, it was shocking to see the woman we saw die in season four suddenly appear out of nowhere. It caught me off guard, that’s for damn sure. But with the lengthy hiatus, it gave us enough time to speculate this had to be the evil doppelganger of Laurel known as Black Siren from Earth 2, introduced to us on The Flash. Oh, yeah, the CW promo circulating weeks before this week’s premiere, showing Laurel screaming and attacking the team pretty much confirmed it. Yeah, not a great marketing strategy, CW.

Although that spoiler-ish TV spot initially pissed me off, I got over it quickly because I realized Katie Cassidy was returning to play her wickedly fun villainess role, which is much more entertaining than good girl Laurel. Let’s be honest, Laurel Lance had some good moments, but she was a flawed, melodramatic character who sadly, matters more in death than in life. Black Siren on the other hand, is much more fun, and if they were to keep her in rotation, can case some exciting havoc in all the Arrow-Verse shows. I’d bet Ms. Cassidy even has more fun playing her evil role as much as we enjoy watching her play it. She was terrific in this episode. I enjoyed watching her put on a good girl act while secretly waiting to attack. She totally took advantage of Oliver wanting to redeem her by saying she was forced to join up with Prometheus, which I’m sure we all knew was a lie.

I have no complaints towards Stephen Amell’s work in this episode. He once again gave it his all. However, I found Oliver’s wishes to “redeem” Black Siren to be rather naïve. The Earth 2 version of Laurel Lance is not his Laurel Lance. She has already proven to be untrustworthy and dangerous. Hard to believe he fell for this “Prometheus made me do it” act. Hasn’t he heard this all before from other villains? I get that Oliver is a compassionate guy, and feels guilty for every bad thing that happens to his people, but trying to change a proven villain should be a foolish endeavor for someone who’s looked evil in the face a hundred times over.

Thankfully, it was Felicity who wasn’t falling for it. Sure, her initial reaction was thinking it was a miracle, but once she put her emotions in check and started using her brain, and listening to Laurel’s B.S. Waverider story, she knew something was up. Good girl, Felicity. I like the slightly hardened demeanor Felicity was showing. Dealing with the death of her boyfriend Malone has left her colder than we’re used to seeing her. She’s not as trusting as she used to be, and given all that she’s witnessed, it’s fitting her optimism was bound to be shaken at this point. Most interesting was seeing her at odds with Oliver, and actually being the sensible one to know there was no redeeming Black Siren. Emily Bett Rickards gets major props for still playing her character in the same hyper active way, but now with a slight edge to it. I would not mind seeing the Felicity character go down a darker path later in the season. But not too dark.

Mr. Terrific isn’t feeling so terrific lately. Honestly, this was a good episode for Echo Kellum as Curtis. For a number of episodes – I’ve even brought it up in past reviews – he’s repeatedly gotten his ass kicked no matter how hard he trains. He’s also turned bitter due to Malone’s death and Evelyn’s betrayal. On top of that, his husband walked out on him for being a crime fighter, which I thought was such a selfish move. So his life is in shambles, and these events have caused him to do some soul searching, eventually coming to the conclusion that his best contribution to the team is in tech. I can’t be certain if the writers wanted to intentionally make Curtis a flawed fighter who would eventually fail, causing him to go back to what he was originally good at in the first place. However, it does seem that way. His skills improved over a short time, but it was never enough. Perhaps the intention was to show a realistic depiction that being a vigilante is dangerous, risky, and not everyone is cut out for it. Whether Curtis continues to go out in the field as tech support remains to be seen, but I appreciate the challenges the writers have given this character. Kellum’s dramatic turn was very well handled. And the man can act. I’ll give him credit.

Apparently, Rene/Wild Dog has a compassionate side. I fully appreciate that he was there for his teammate, even if he was a bit pushy. Each scene between him and Curtis was well played. It shows that these two have formed a legit bond. The team, despite recent betrayals, are there for each other.

Now we come to Diggle, annnnd he’s back in prison… Ugh! But you know what? This subplot turned out to be interesting. It shows that his corrupt former superior officer was relentless, and was not going to just let John slip away. Truth be told, the plot really wasn’t even about Diggle, but rather Adrian Chase whom Oliver asked to defend John. Josh Segarra was given plenty of screen time to work with. It was actually fun seeing him do his lawyer thing, going up against a powerful general. Even more exciting when you realize Chase is Vigilante, and Diggle came so close to capturing him recently. Come on, you know damn well Chase is Vigilante. 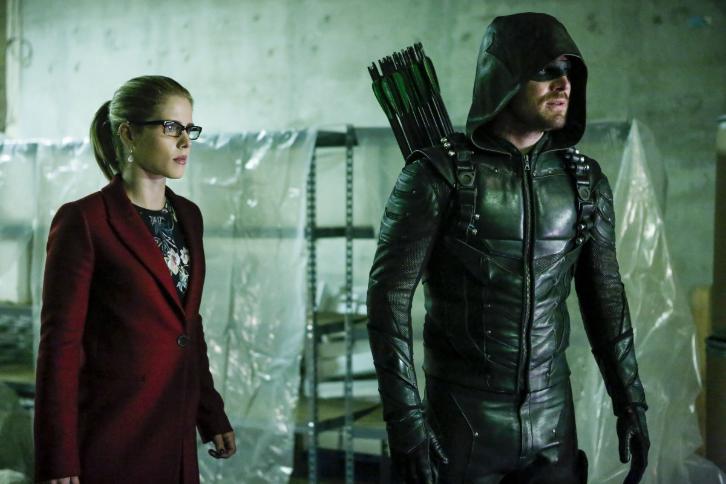 Prometheus was barely a factor here, sadly. This was all about Black Siren. Prometheus was just there for action purposes, which is kind of disappointing. Although the fight between Prometheus and Green Arrow was very well choreographed, it would have been nice to have gotten more substance from our main villain.

Hate to admit it, but the Bratva flashbacks lost a bit of momentum here. All we saw was Oliver getting beat up and interrogated while tied to a chair. It just seemed like a dragged out excuse to introduce Talia al Ghul. I read she was going to make her way on the show, but I was hoping it was during the present time. Maybe she’ll resurface during the present time, I don’t know. Anyway, her introduction was okay. She pretty much killed a bunch of dudes off screen, so we have yet to see her use her skills.

It was an exciting return for the show after its midseason break. It stumbled a bit with its Bratva scenes and with Oliver brooding while trying to turn Black Siren into something she’s not. Not sure why Oliver needs a new Black Canary for the team. Then suddenly, a random new girl is in town who seemingly has a sonic wave ability when she screams just like Laurel. I was excited while watching the episode, super happy to see the show back on the air. Overall, I enjoyed ‘Who Are You’ quite a bit.

One minor note, hardly worth mentioning, but Willa Holland was absent for this return episode. So was Paul Blackthorne, but his character is tucked away at rehab. I can’t help but joke how everyone returned from vacation except Willa. Maybe her flight got delayed. Hehe.

Arrow: ‘Who Are You?’ Review

Arrow: 'Who Are You?' Review Warning: Serious spoilers are everywhere in this review. Watch the damn episode, then read this review... Please. All right, Arrow makes its 2017 return. Let's get right into it. The final...
0
Average User Rating
0 votes
Please sign in to rate.