I still remember being caught off guard by how excellent 2018’s Blindspotting was. The combination of talents that included writers/stars Daveed Diggs and Rafael Casal and director Carlos López Estrada led to the kind of pitch-perfect comedy-drama that felt true to all of the voices involved. It provided a compelling portrayal of Bay Area living and how gentrification and continued issues involving race have been having an effect. The film was also occasionally hilarious and fitted with a heightened style to bring out a unique cinematic angle. Even with a change in perspective, I was very excited to learn more of this specific take on Oakland living was being developed for an episodic series. Now, having seen a little over the first half of the season, I’m happy to say Blindspotting on Starz is just as compelling.

Set six months after the film’s events, Blindspotting’s pilot episode focuses on Ashley (Jasmine Cephas Jones), the longtime girlfriend to Casal’s Miles, and mother to their son Sean (Atticus Woodward, replacing Ziggy Baitinger, because hey, kids grow up). As the episode begins, we see Miles being arrested on a drug charge, which forces Ashley to move in with his mother Rainey (Helen Hunt) and half-sister Trish (Jaylen Barron). With Miles locked away, for the time being, it will be up to Ashley to take control of her newly chaotic life, made only a little better by some of her friends and family.

From what I can tell, Blindspotting fits right in with Starz’s programming options. When the network isn’t dealing with genre-heavy fantasy/action productions, it seems as though many of its shows focus on the lives of people of color and other diverse voices trying to navigate their world through unorthodox means. What the show avoids in standard sitcom-level drama it makes up for in having a specific voice, guided along by writers Casal and Diggs. We may not be following Diggs’ Collin anymore (his character is said to have moved to Montana), but the vibe of the original film has been successfully held intact for this sequel series. 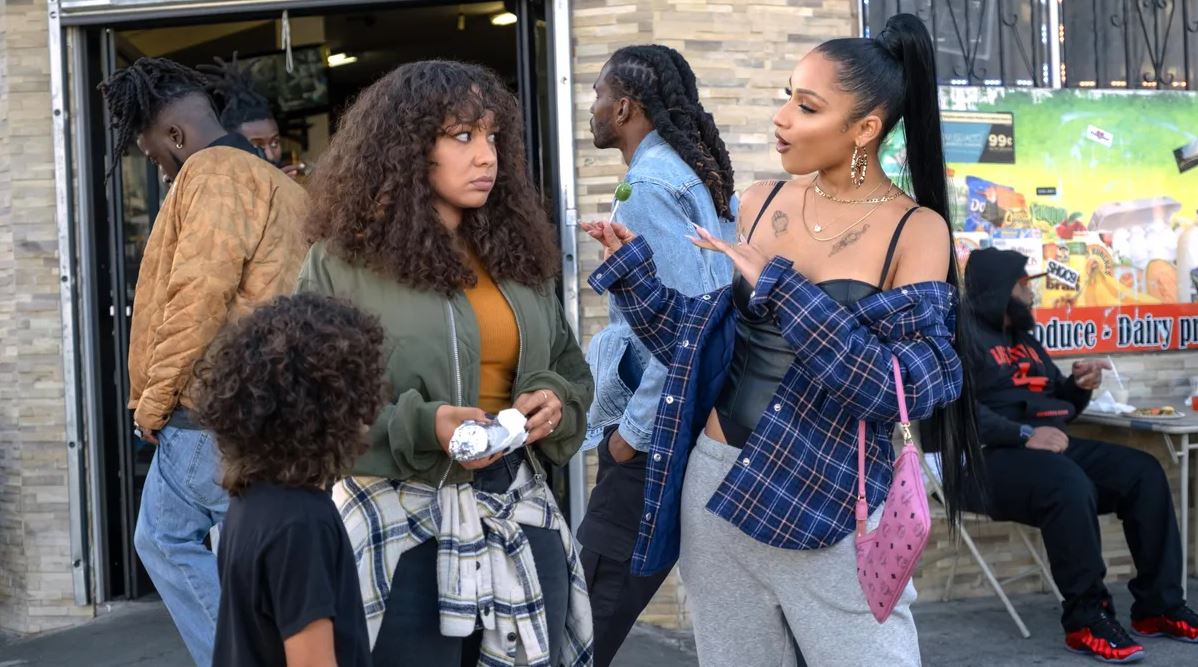 While it helps that many of the film’s cast members return here, and Jones does terrific heavy-lifting as the series star, the additional cast members prove their value as well. With the focus now on Ashley, it means we have more to see with Sean. As a young actor, while this is an adult series, Woodward does his well to hold his own and let his youthful perspective on the world help play into the more innocent moments of the series. On the other end, Barron’s work as the reckless Trish presents the most opposition to Ashley. Given her confrontational nature and the disapproval from others around her regarding career goals, it’s clear much of the arc of the series will focus on how Trish butts heads with Ashley at various moments while also seeing the places where they can connect.

Meanwhile, Hunt feels right at home as the free-spirited yet caring mother to all of these characters. While it feels as though Hunt’s work has been more sporadic over the years, she has a dependable ability to bring a sense of calm to even the most intense of scenarios. Additionally, her sense of humor fits right into this world to the point of her being the only major white character on this series (outside of infrequent appearances by Casal) a non-issue.

Rounding out the cast are the neighbors in Collin’s childhood home. There’s Collin’s sister Janelle (Candace Nicholas-Lippman), who helps to ground Ashley. Margo Hall reprises her role as Nancy, Collin’s mother. And then there’s newcomer Benjamin Earl Turner as Earl, a tenet in the house under house arrest. Adding to the show’s quirkiness, Early has a 100-foot extension cable plugged into his house arrest bracelet, so he can comically move around the area, holding onto the excess amount of cord as he goes. 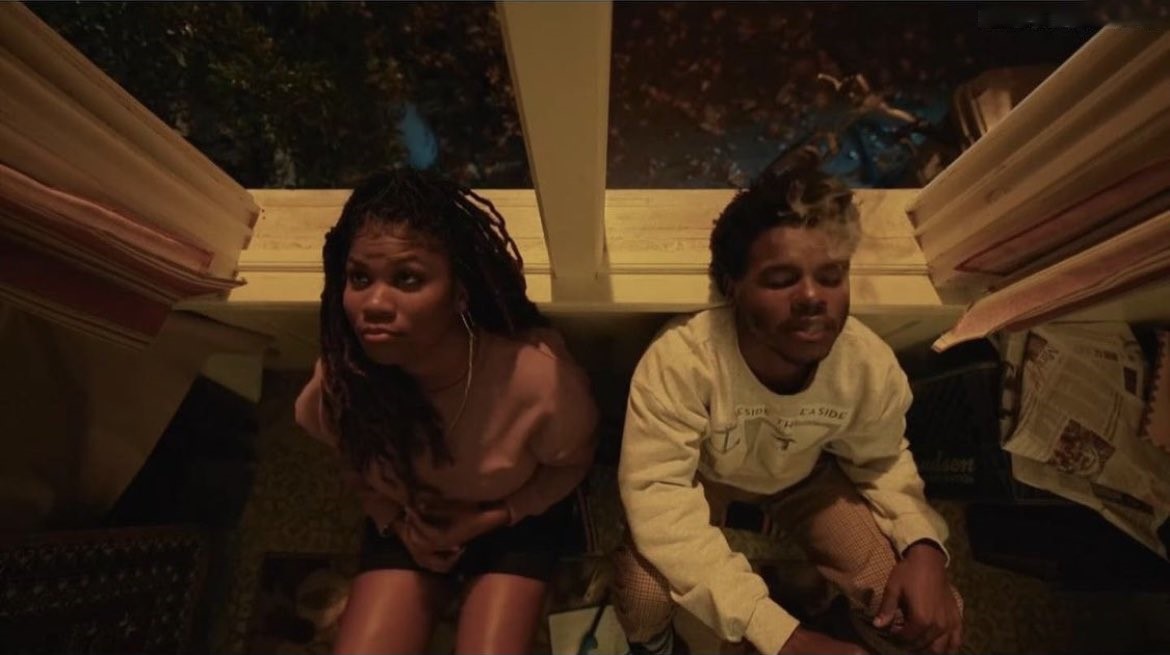 As a series in its initial season, there’s evident work being done to establish these characters, the dynamic and chemistry shared between them, and the journeys they will be going on. Fortunately, the show never feels bogged down by attempts to deliver backstory or in moving along whatever plot there is. Working with director Seith Mann for a few episodes, the show’s style seems clearly indebted to both the original film and early Spike Lee. With that in mind, I was compelled to see how this show would keep the film’s atmosphere intact while branching off to do its own thing.

Interestingly, this series is even more stylized. Episodes generally open with Ashley delivering fourth-wall-breaking verse directly to camera. Key moments of the episode are given an additional spotlight through dancers and lighting effects to create a sort of groove fitting of the moment. At the same time, some familiar elements that are just fun bits from the film have ways of returning as well. At one point, two characters have a professional conversation consisting almost entirely of urbanomics, recalling one of the funniest moments from the movie. 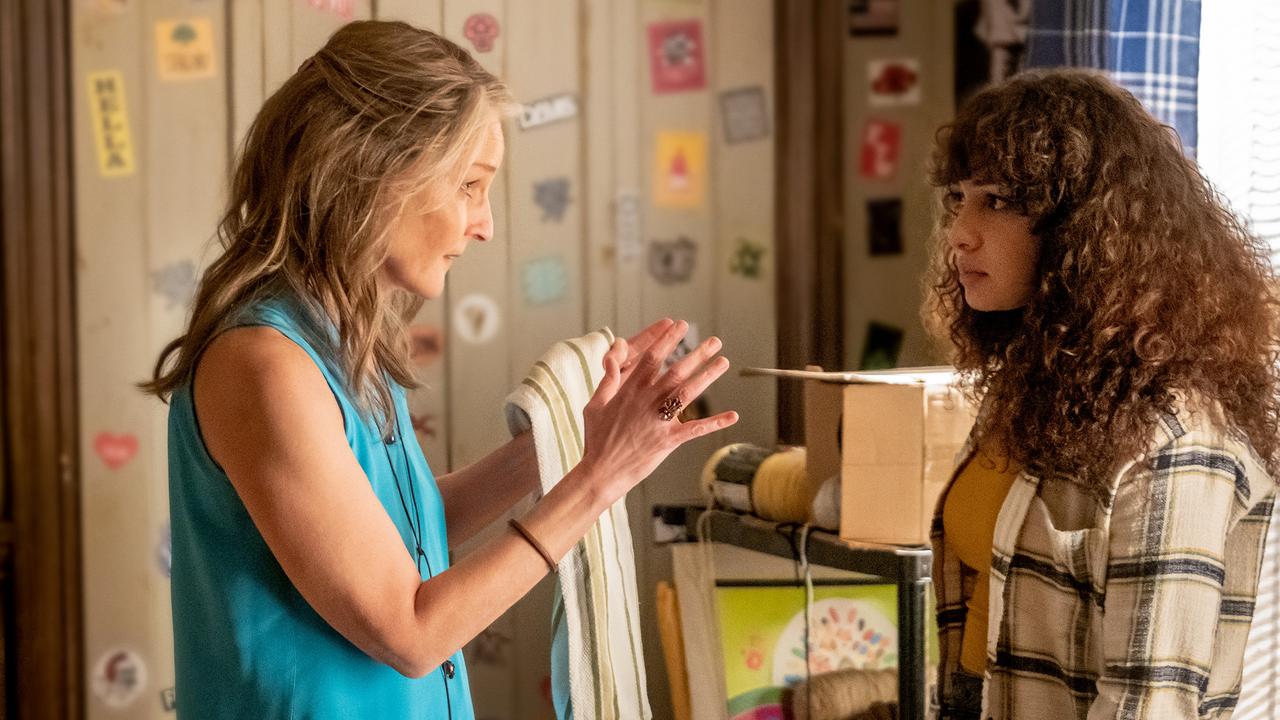 With all of this, the other thing to keep in mind is the setting. While the scale is a bit more limited to specific locations (at least in these initial episodes) than a film that can explore Oakland more fully, that hasn’t stopped the series from bringing out the Bay area lifestyle. Watching the first episode feature an Oakland sideshow and have all of the characters sing along to Mac Dre’s “Thizzle Dance” is the sort of hyper-specific moment that gets me excited to be back in this world. Other moments populate the series throughout, with Ashley and the other characters having to contend with those not from the area and how the grittier aspects of life in Oakland continue having an effect.

I look forward to finishing this first season of Blindspotting but have little doubt it will be much different than what I’ve seen so far, which is a very good thing. This is a fantastic film-to-TV adaptation, which could have been tricky to pull off. However, thanks to having almost all of the same creative talent involved, and some clever or effective new additions to make an episodic version work, there’s still so much to enjoy about the world established in a little independent movie. And knowing how the core of this series continues to focus on finding the good in a community that can be difficult to handle, there’s a strong base for all of these characters to revolve around, which is a great way to look at something that can appear different to different people.

Blindspotting premieres on STARZ on June 13, 2021. 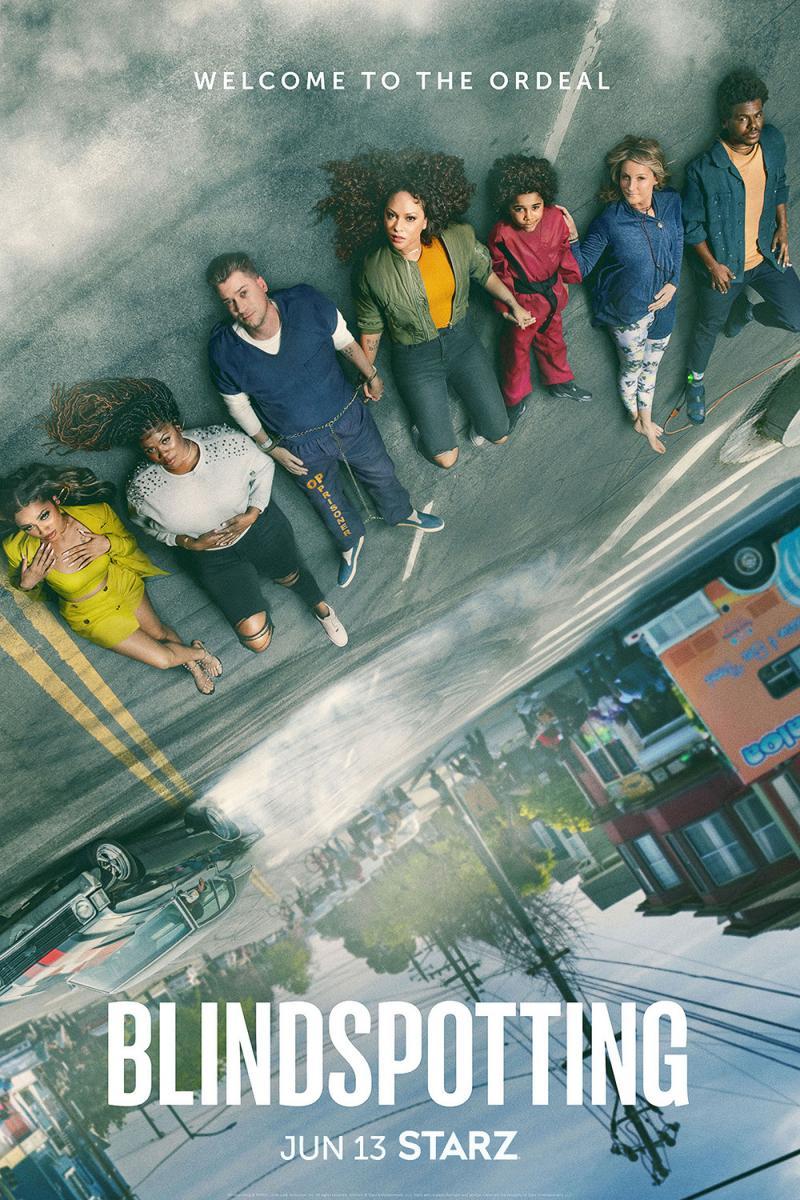 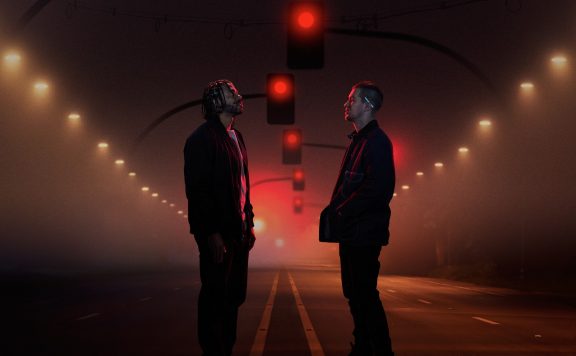 Review: ‘Blindspotting’ Is A Brilliant Look At Today’s Culture
July 16, 2018 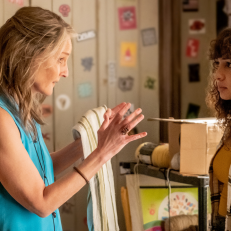 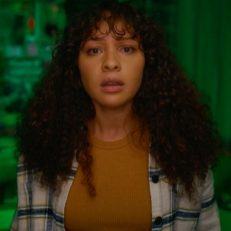 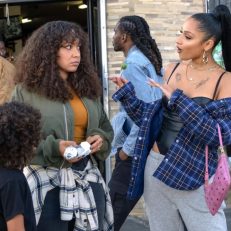 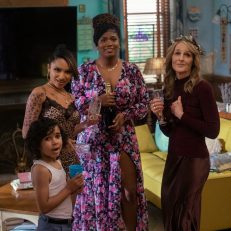 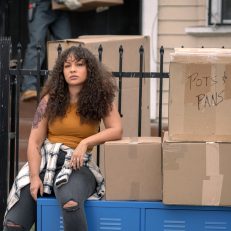 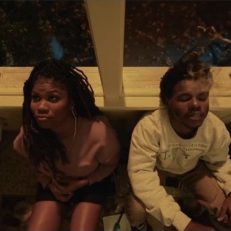 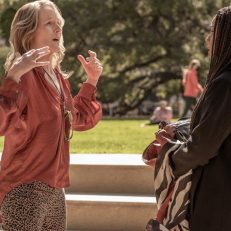 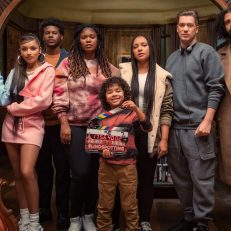