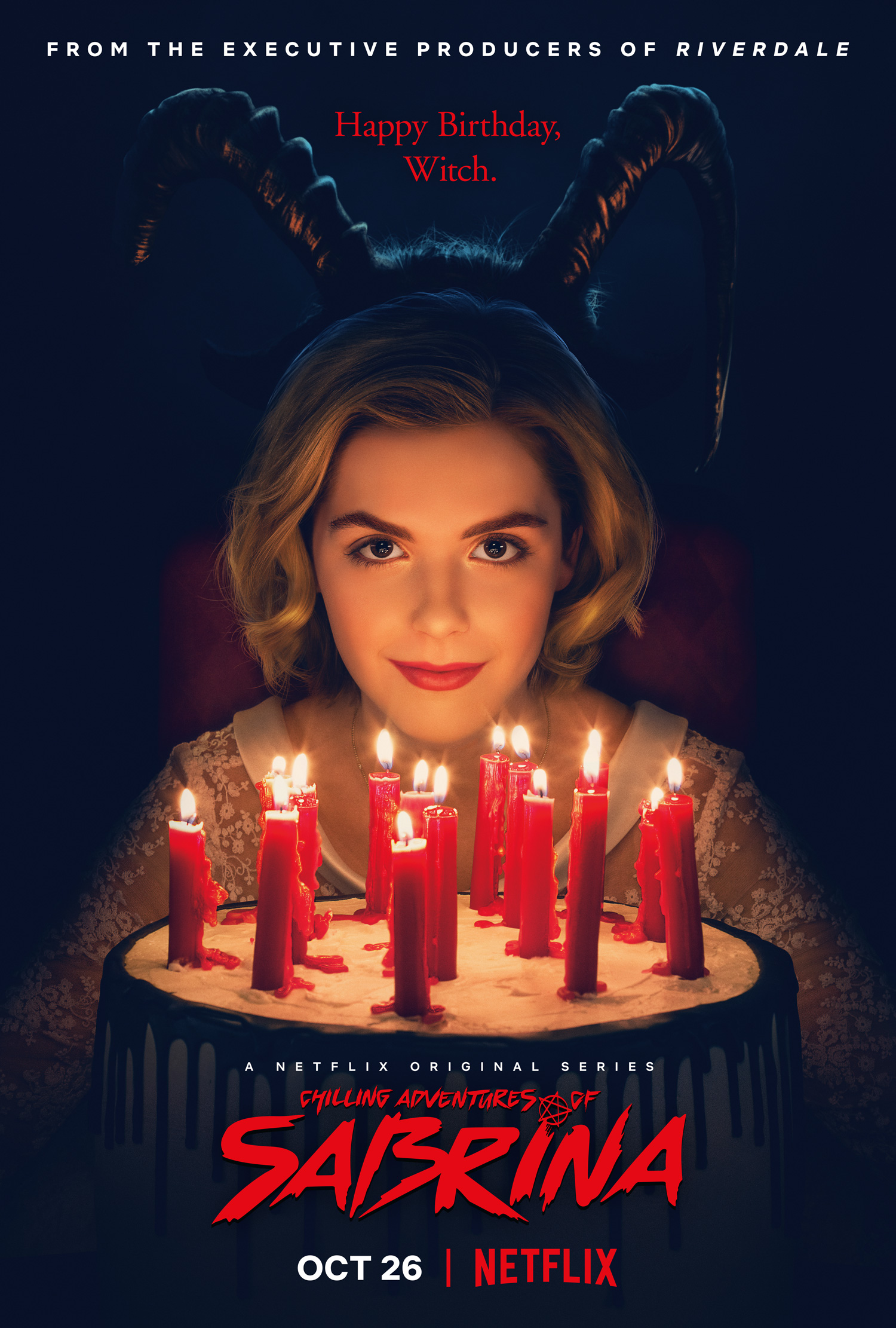 “The Chilling Adventures of Sabrina” Review

In an attempt to keep this review as spoiler-free as possible, I have not gone over much of the plot of the show to preserve the enjoyment for others.

This is not the Sabrina, the Teenage Witch we remember from 1996 to 2003. From the very beginning, The Chilling Adventures of Sabrina has been marketed as much darker and from the executive producers of the fan-favorite hit CW show, Riverdale. This gave us some idea of what to expect coming in the show, but not really. The Chilling Adventures of Sabrina kicks off outside of a movie theater in the local town of Greendale where Sabrina (Kiernan Shipka), her boyfriend Harvey (Ross Lynch), and friends Roz (Jaz Sinclair) and Susie (Lachlan Watson) are finishing up the latest horror film. They encounter Miss Wardwell (Michelle Gomez) who is a meek and standoffish teacher from their school. As we inch closer and closer to Sabrina’s 16th birthday, which takes place on Halloween during the eclipse of a Blood Moon, the stranger things start getting around Greendale, including Miss Wardwell who sees a sudden and peculiar change of personality.

While the first episode takes the time to establish characters and story, it seems a bit tame compared to the rest of the season. Diving into the rest of the episodes will prove to be a much darker and more sinister view of Sabrina’s world. The creators of the show genuinely know how to craft a world that comes to life. The set design in each episode is so meticulously created and brings the world to life. It is all-encompassing and truly mesmerizing.

The show works well to incorporate a few timely topics very seamlessly. Not only do we get to address sexuality with Ambrose’s character, but right from the beginning, we have a character who is non-binary, which is rarely portrayed in film or television. The show also tackles issues such as free will, banned books, and more. These topics will make the show very timely and keep it fresh for a younger generation that will be sure to delight many fans and entice the fans of Riverdale to make the jump over to Netflix to see the show. 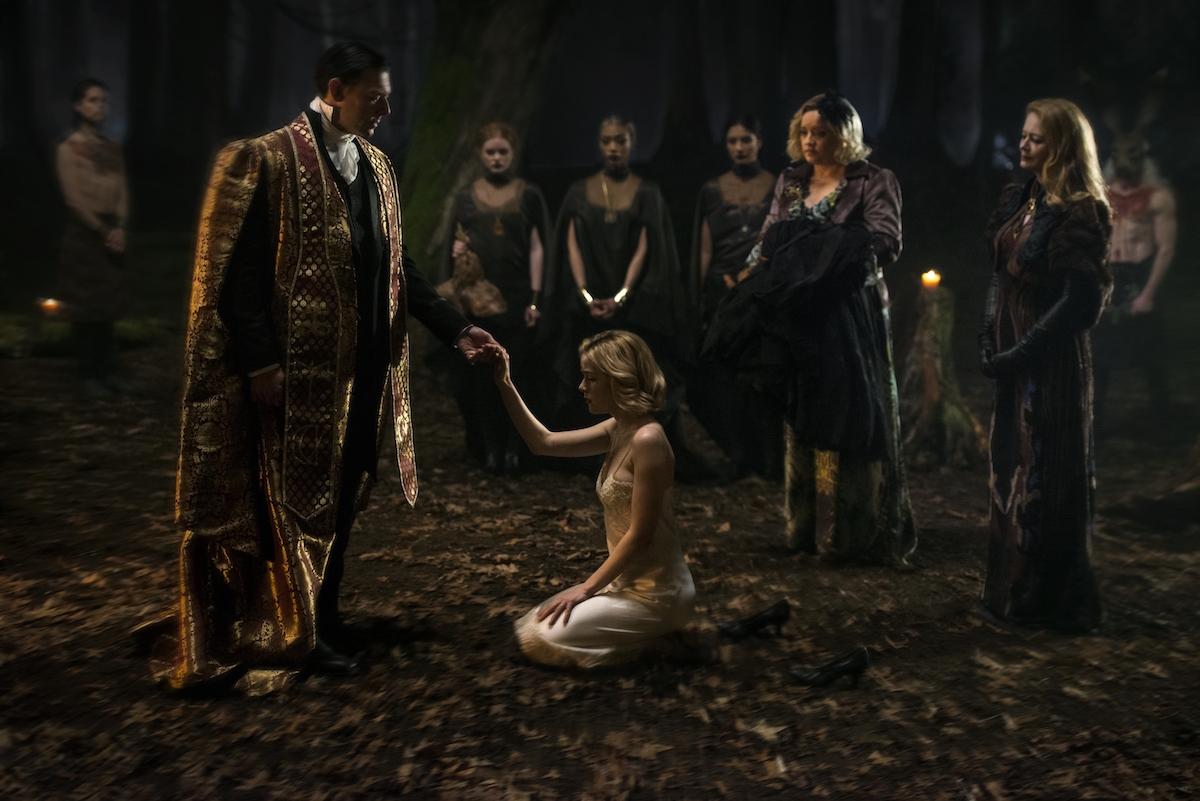 Most of the casting for the show is spectacular. From the characters we know from the original show, to the new characters, almost everyone brings a new level of creepy. Aunt Hilda (Lucy Davis) and Zelda (Miranda Otto) are much different than those from the other show. Zelda is much colder and wicked, whereas Hilda is a bit lighter and more loving with Sabrina. Her cousin, Ambrose (Chance Perdomo) is a fantastic addition, and I love where we get to see his character go. The Weird Sisters are stunningly scary and so well cast. Tati Gabrielle as Prudence leads the ruthless group of witches and brings all the sass and wickedness we are craving from a modern teenage witch. Her two sisters, Dorcas (Abigail F. Cowen) and Agatha (Adeline Rudolph) are the perfect pair to stand by her side. Michelle Gomez is the perfect choice for Miss Wardwell. If you were a fan of her on Doctor Who as Missy, you will be delighted to see her in this role. Her scenes with Father Blackwood (Richard Coyle) are some of the most enticing scenes in the show, and their chemistry is electric.

Where my problem with the show comes in is with Kiernan Shipka as Sabrina Spellman. I think she is a young actress who doesn’t have quite enough experience to carry a show herself, but with the help of the other actors, she manages to make her way through. There are small moments in the show where her line delivery is awkward and overacted. Her moments with Harvey are also a little too much at certain points. It takes the teenage drama aspect of it a bit too far. All these things, she will improve with over time and ultimately don’t detract enough from the rest of the show to hurt it. I do think that as the show progresses, she does get more comfortable in her role, so I’m sure that season 2, she will be spectacular.

Re-imagining Sabrina and bringing her story up to date for a whole new generation to enjoy was a wise decision. With the keen eye for fantastic set design and storytelling, the creators of the show bring something exciting to the audience. By incorporating timely topics, and giving the viewers a much darker and more Gothic version of Sabrina, the creators have delivered the perfect Halloween treat to Netflix. The Chilling Adventures of Sabrina will go live on Netflix on October 26th. 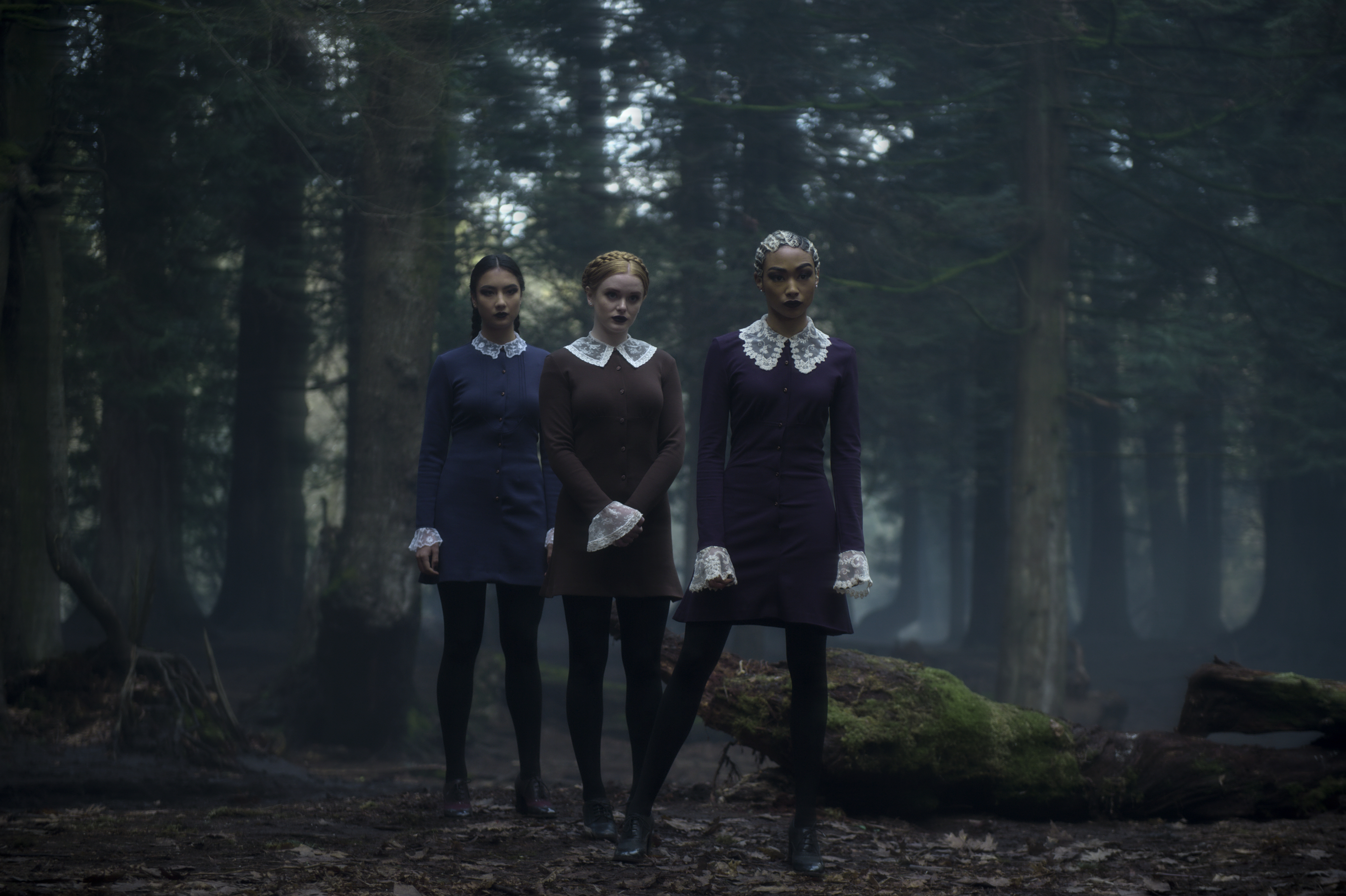