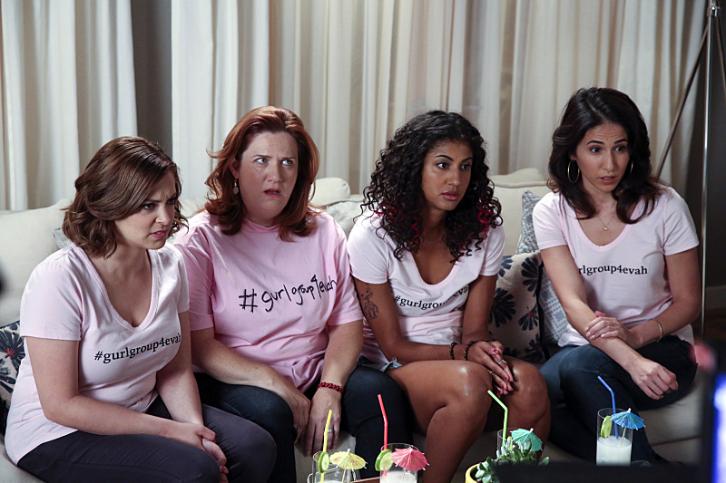 Crazy Ex-Girlfriend Review: ‘Who Needs Josh When You Have a Girl Group?’

Last week’s episode of Crazy Ex-Girlfriend was all about Rebecca and Valencia working through their issues and becoming closer as friends. This episode focuses on Rebecca, Valencia, and Heather acknowledging their friendship and showcasing it on social media.

While Rebecca seems happy for her new gal pals, Darryl reminds her that she has forgotten about some of her older friends. Rebecca looks over at Paula’s desk and immediately assumes that she is upset for not being invited as part of her new girl group. Rebecca attempts to convince Paula to come over to see her new place and reconnect as friends. While reluctant at first, Paula caves in and decides to hang out with Rebecca.

While Rebecca is trying to rekindle her friendship with Paula, Trent has returned to West Covina and is looking for a way to connect with Josh as a way to get closer to Rebecca. Trent visits Josh at work, and they discuss going to Home Base on Friday night. Josh mentions that they have a cover charge so he can’t go. Trent sees this as the perfect opportunity to connect with Josh and asks him to join him at Home Base on Friday night. Super excited, Josh agrees to go and asks if he can bring his “bros” along which is exactly what Trent was hoping for.

Back at Rebecca’s, Paula has arrived and is getting the tour of her new apartment. While walking around, Paula thinks about talking to Rebecca about her abortion but is quickly distracted when Heather and Valencia show up wearing their #GurlGroup4evah t-shirts. Completely unaware that anyone else was joining them, Paula attempts to leave, but Rebecca won’t let her go. Rebecca is convinced that she can make Paula feel like she belongs in the group but as the night goes on, Paula just becomes more frustrated with Rebecca.

As a special surprise for the evening, Rebecca has decided to throw a sex toy party. She has agreed to let a woman named Angelique come over and demonstrate various sex toys for the group. Angelique turns out to be Karen who somehow makes the evening, even more, awkward. Angelique proceeds to demonstrate using a sex toy while Paula begins to text Sunil about how she just wants to leave and is having the worst night of her life. Rebecca notices that Paula is texting and begins to ask why she isn’t paying attention. Paula lies and says she is texting her husband Scott while then excusing herself to use the bathroom. Unfortunately, Paula’s trip to the restroom isn’t the relief she expected. Paula manages to get stuck in the bathroom as the door has become jammed shut. Rebecca kicks down the door causing the ceiling above to collapse creating a barrier between Paula and the exit.

After taking turns trying to lift the fallen ceiling, Heather calls 9/11 to report the incident. Rebecca begins to apologize to Paula for what happened and says she will text Scott to let him know what is going on. As Rebecca heads back over to the couch to picks up Paula’s phone, Paula tells her to stop and not look at her phone. Heather and Valencia think it is weird that Paula doesn’t want Rebecca to look at her phone, so they begin to question what Paula has on her cell phone. Rebecca unlocks Paula’s phone only to find a series of text messages between her and Sanil complaining about Rebecca’s party and behavior. Needless to say, these messages make Rebecca extremely upset, and as a result, the two begin to argue.

As Rebecca and Paula’s argument escalates, Sanil shows up hoping to rescue Paula from the party. Unaware that Rebecca knows about the text messages, Sanil begins to make up a story as to why he is there and why Paula needs to leave. Rebecca starts to argue with Sanil while also questioning Paula as to how she could choose Sanil over her. There are moments of genuine anger and honesty within this scene that truly make the viewer question the strength of their friendship. Rebecca begins to tell Paula that when she leaves tonight, they don’t have to be friends anymore.

While Rebecca and Paula are fighting, Maya and Darryl are arguing at the office while trying to figure what they should do to order to be as part of Rebecca’s new posse. Maya gets annoyed with Darryl and asks why he treats her so poorly. Darryl tries to deny his actions, but Maya doesn’t buy it. Darryl eventually admits that the reason why he is so hard on Maya is that she has similar personality traits that remind him of his own shortcomings. The two have a heart to heart conversation which leads them to work together to figure out the perfect way to approach Rebecca about becoming a member of her squad.

Meanwhile, at Home Base, Trent is hanging out with Josh, White Josh, and Hector. Trent is desperately trying to fit in the guys while Josh is distracted texting Anna (Brittany Snow). White Josh and Hector can’t take Trent’s odd behavior, so they leave, and Josh leaves shortly after. While Trent debates what he should do now, he runs into the girl from the surf shop that he met earlier in the episode. The surfer girl suggests that Trent should find Rebecca and tell her his feelings.

Feeling determined, Trent makes his way to Rebecca’s apartment to confesses his love for her. Despite the argument going on, everyone stops and begins to wonder why Trent has randomly shown up at Rebecca’s apartment. Trent gets Paula out of the bathroom which causes a bigger argument to occur between Paula and Rebecca. The two fight about their relationship and Paula speaks out about how she feels their relationship has always been one-sided. Paula continues to express herself by saying that Rebecca has never been there for her when she needed her. Paula announces that she had an abortion and kept it a secret from Rebecca.

During Paula’s emotional confession, Maya and Darryl show up where they proceed to do their planned hip-hop dance number to gain membership to Rebecca’s group of friends. While the dance number was hilarious, it prompts everyone to leave but Trent who begins to talk to Rebecca about his feelings. Rebecca shows no interest in Trent but asks him to have sex with no strings attached. The next day, Paula and Rebecca return to work and begin to ignore one another. Viewers can feel the immediate tension that will be explored in greater detail in upcoming episodes.

Who Needs Josh When You Have a Girl Group? was a big improvement over last week’s episode. The dramatic scenes worked so well and added a lot of emotional weight to the story. The emotional fight scene between Paula and Rebecca felt incredibly authentic. It felt as though you were watching two best friends coming to terms with the harsh reality of their friendship. The statements presented by Paula were very honest and shined an even brighter light on how selfish Rebecca continues to be as a person. It is so sad to see Rebecca continuously playing the victim. She has absolutely no regard for her actions and behavior towards others.

Forcing things was the theme of this week’s episode, and Jack Dolgen did an excellent job of exploring this concept. I find it so refreshing that even though Crazy Ex-Girlfriend is a comedy series, there have been several episodes where the dramatic moments outshine the comedy. This episode had a lot of raw emotion and several heart-wrenching moments between Paula and Rebecca. With that being said, this episode still had several moments that I laughed out loud. Heather’s comments about the firemen not showing up to their apartment were hilarious as was the scene where Sanil tells Paula about his wife’s suicide via a Facebook post.

The funniest moment from this episode is actually a two-way tie between Maya and Darryl’s dance number and Trent’s line about knowing Hector’s name. I honestly think the scene with Trent was delivered in such a relaxed way that could help but laugh out loud. Hector asks, “How did you know my name?” and Trent responds with “I obviously called you Hector because…I’m racist.”

As for the musical numbers, I felt like they were just ok. I thought Friendtopia was amusing as a Spice Girl parody but wasn’t all that memorable or catchy. I listened to it a few more times on my phone, and while I loved the message about women in politics, I wasn’t that wowed by the song as a whole. Heather singing “Stuck in the Bathroom” was an amusing parody of R.Kelly’s “Trapped in The Closet” or maybe even a parody of  Weird Al’s parody “Stuck in the Drive-Thru.” Regardless of what song was used for inspiration, that number was entertaining especially since it was used to help break up the heavy amount of dramatic tension in this episode.

Crazy Ex-Girlfriend will return next Friday for its mid-season finale so be sure to check back here for my review. Crazy Ex-Girlfriend fans should be aware that this is rumored to be the show’s final season. The show’s ratings are lower than last year despite the rave reviews. It has also been reported that this season is only 13 episodes as opposed to the 18 episodes from season one. Which makes me want to ask you the question, do you think the show should end after this season?  Let me know in the comments below. 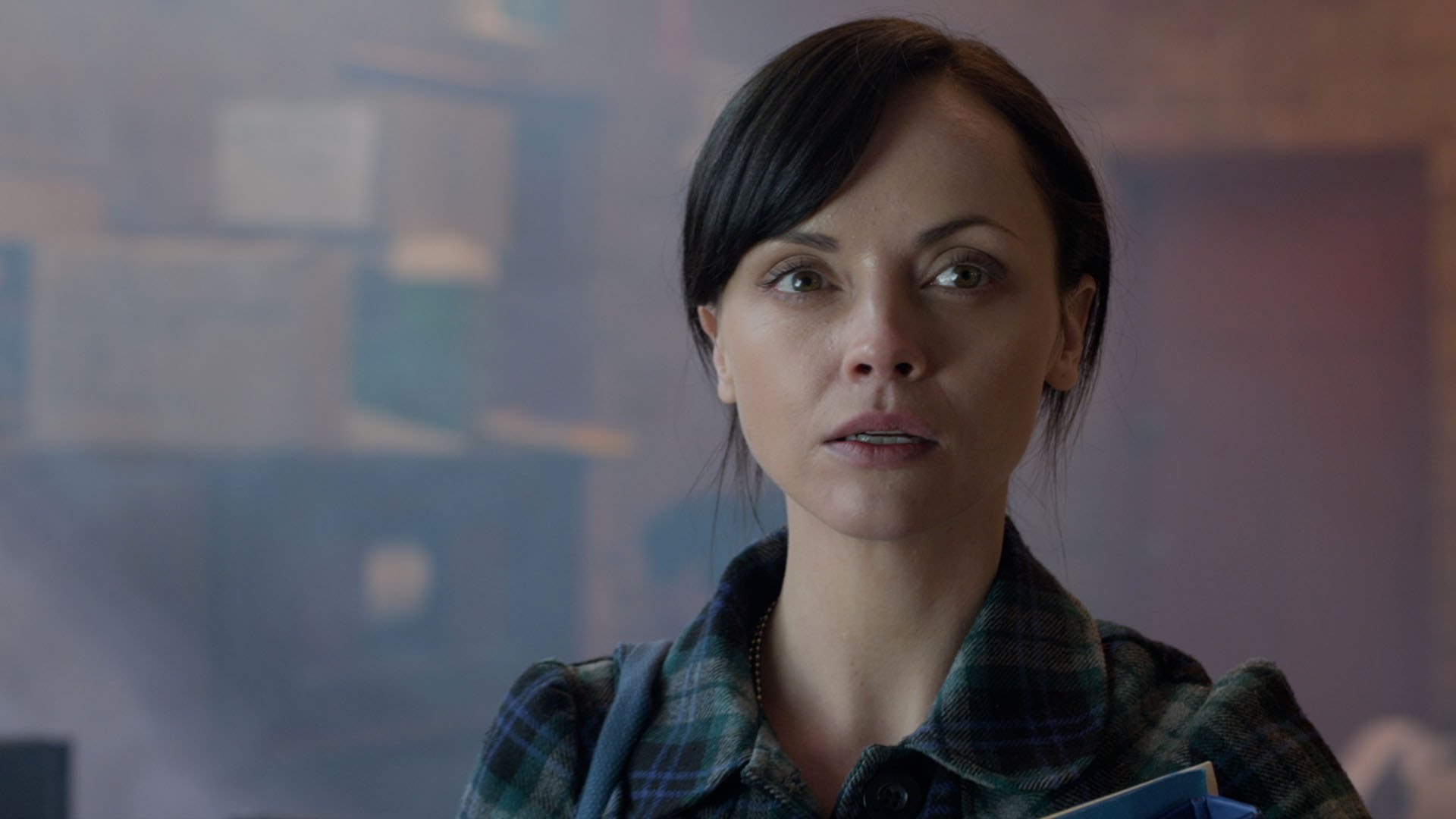