*Spoilers* Whovians everywhere waited in anticipation for the Season 9 return of the Doctor / companion duo of Peter Capaldi and Jenna Coleman. This premiere made even more exciting by the announcement that Jenna Coleman would be leaving the show. How devastating to so many fans who argue that this the best Doctor / companion combination EVER!

The show opens with a war zone scene where a child becomes stuck in a trap. The trap itself is quite creepy because it is of hands that grab and pull people into the ground to their death! We don’t know where we are or when we are. The Doctor tells the boy that he can survive, and asks his name. The boy replies, “Davros.”

Now for those of you who aren’t certain of who that is, it is the creator of the Dalek race. The Doctor disappears from the boy. There are a few scenes of a creature searching the universe asking where is the Doctor.

We are then transported to a scene where Clara is teaching her students and notices that all the planes have stopped in the sky. She then heads to UNIT to assist in the assessment of the problem, when she discovers that it is Missy, the Master who is back.

Missy calls UNIT and has them send Clara to speak with her, where she reanimates the planes and continues their travel. Missy tells Clara that she cannot find the Doctor and that they need to find him because he sent his will, which Time Lord tradition says goes to your dearest friend on the night before your last day.

The Doctor goes to speak with Davros, leaving Missy and Clara in a room. They end up getting out and exploring where Missy notes that the gravity is off. Suddenly, a whole planet appears around them. They are on Skaro, planet of the Daleks! The Daleks then trap and kill Missy and Clara and destroy the Tardis. We are left with the Doctor traveling back in time to help the boy, Davros save himself from this trap.

This was the BEST premiere. The performances were amazing. Missy, Clara and the Doctor all showing great potential for the season to be one of the best ever. The Doctor has a new attitude and is getting more comfortable in his skin. Missy, is a menacing and crazy as ever, but so entertaining. This is going to be a great season with a look into some real Doctor Who/ Dalek history. I can’t wait to see what the season has in store! 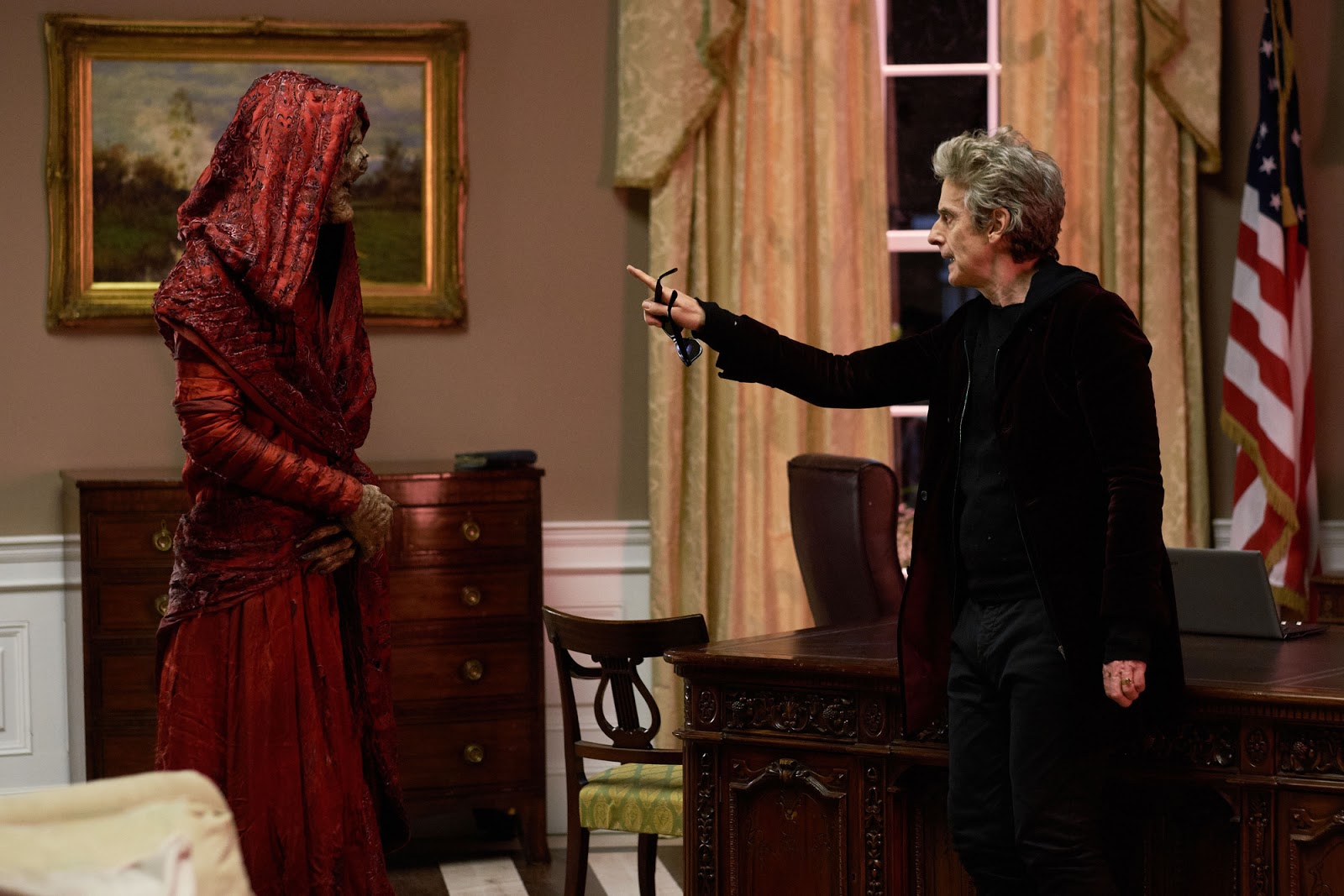