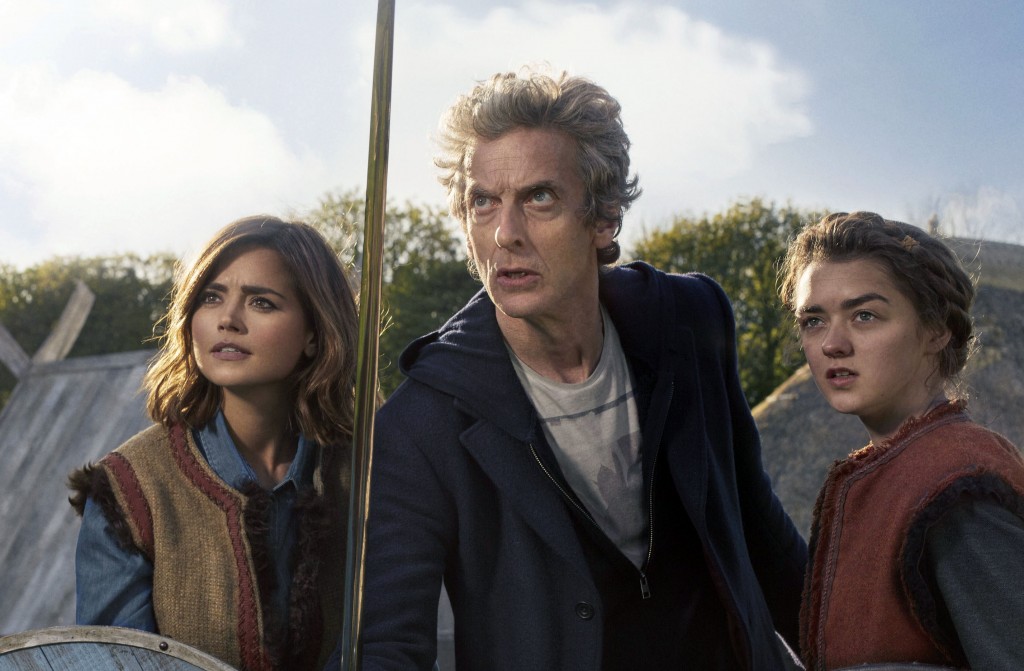 It’s here, the episode we’ve been waiting for.  Maisie Williams 2 part episode of Doctor Who has aired.  There has been speculation on who she would play.  We know she is going to play a significant role of someone in the Doctor’s life.  Grab your sonic screwdriver, or sonic sunglasses if you are so inclined, and let’s dive right in.

Clara in space with a creature in her suit and the Doctor coming to her aid.  He lands the Tardis to scrape bits of the creature off his boots when a group of vikings ambush them and take them to their village.  One of the Vikings does something we’ve all wanted to do since the arrival of the Doctor’s new sonic toy, he snapped the Sonic Sunglasses in half.  I’m sure a collective cheer went out across the Whovian nation.  Will this be the end of the Sonic Specs?  I know every incarnation hasn’t used the screwdriver but I’m very partial to it.  Wearable technology is cool and does suit this rockstar version of the Doctor well but, I’ll always love the how defensive he’s been about it being screwdriver.

Maisie Williams is a villager named Ashildr and the Doctor seems to recognize here.  In the viking village they are visited by “Odin” and he says he’s choosing the best warriors to dine with him in Valhalla.  Ashildr and Clara are chosen and while the others who were chosen are turned into a warrior juice, Clara and Ashildr survive.  The creature who reveals himself to be an alien the Doctor later identifies as the Mire, which is one of the deadliest warrior races in the galaxy.  While Clara is trying to negotiate with the leader of the Mire Ashildr becomes enraged and challenges him to battle.  He accepts and sends them both back to the village. 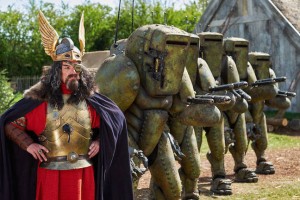 After trying to talk the Vikings into hiding, he realizes they will never leave and Clara talks him into training them.  Now we head into what I’d call the “Mulan” montage where he’s teaching them how to fight in a rather comical manner.  While doing this he comes up with a sure fire way to defeat the Mire.  Ashildr becomes the key to their victory.  She tells the Doctor about the stories she likes to tell herself when the men go off to fight.  Using electric eels and the Mire’s technology against them Ashildr concocts a story to scare them.  Then they use their fear against them so they will leave Earth alone.

Unfortunately, in the process of telling the story Ashildr is killed by the alien technology.  Her death effects him deeply.  He’s tells Clara he’s sick of losing people.  There’s nothing he can’t do but so many rules and things he’s not supposed to do.  Suddenly, he remembers where he saw this face before and why he chose this one.  We have a flash of Donna begging 10 to just save one life during the Fires of Pompeii.  Then we see 10 reach his hand out to Caecilius and his family telling them to come with him.  He said he has this face to remind himself that he is the Doctor and he saves people.  The Doctor brings her back using a healing chip from the Mire.  In doing so Ashildr has become immortal.  He gives her another chip to use on someone of her choosing so she doesn’t have to be alone.  The Doctor realizes he’s just made a hybrid.  Is this the Hybrid spoken of in the Gallifreyan prophecy of old?  It appears no matter how far he runs, it will be his destiny to create the Hybrid. 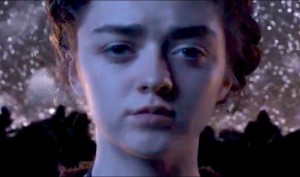 The Doctor states he’s not a hugger but then runs to Clara and picks her up into a deep hug.  While he still can be the cold, calculating alien, it’s nice to see him so warm and caring with Clara.  I’m still wondering what he knows that we don’t.  Clara is the first face this face saw and we know that he grows overly attached with the first person he sees after a regeneration.  I can’t help but feel the Time Lord knows something is coming in Clara’s future.  Like he’s trying to make things good before they go terribly wrong.  I could be completely off base but we do know this is Jenna Coleman’s last series and losing a companion always takes it’s toll on him.  There could be dark days ahead for the Time Lord and his companion.  For now we’ll look forward to the conclusion of The Girl Who Died and see what becomes of Maisie Williams over time.