Danny Trejo has a new TV series on El Rey Network, the cable channel of his Machete and Spy Kids director Robert Rodriguez. On Man at Arms, Trejo will visit and interview weapons specialist who will demonstrate exotic weapons, and even show how they are made in a blacksmith shop. 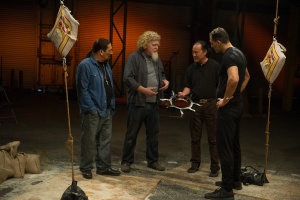 Trejo invited the press to his local restaurant, Trejo’s Cantina, on Cahuenga Blvd. in Los Angeles. I spoke with Trejo over a glass of the house Trejo’s Cerveza. Man At Arms premieres Thursday, June 8 at 8PM on El Rey, and today marks the 20th anniversary of Trejo’s role as Johnny-23 in Con Air.

WLE: Is Man at Arms going to focus more on hand to hand weapons, rather than guns?

DT: Hand to hand, but we have some like a bow, different spear throwing weapons and stuff like that. Hand to hand in the sense that we’re shooting stuff but not guns.

DT: Absolutely. People don’t know it but one of the reasons that the Mongols were so absolutely vicious and almost ruled the world was simply because they developed that bow and they could shoot it on the horse. So they had mobility and were able to shoot. 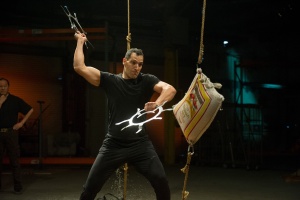 WLE: Will you do an episode on machetes?

DT: Absolutely. [Laughs] Good question. Machetes go so far back. They were actually first used for work. They didn’t realize that it was a definite weapon.

WLE: You have quite a history with machetes yourself.

WLE: What other weapons are coming up on Man At Arms?

DT: We’ve got some great throwing hatchets or throwing axes. I love them. When I was in forestry, I used to throw a double bit axe. It’s amazing how you can stick one of those things a half inch to an inch in a solid piece of wood. You can imagine what they do in somebody’s back. We have weapons from Australia, Japan, China. They’re just fantastic looking. 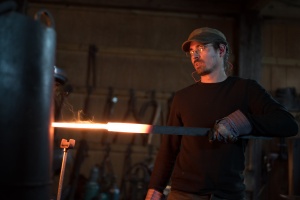 WLE: Does Man At Arms give you more respect for all the weapons you’ve used in movies?

DT: Oh yeah. When you realize the work, and that’s what we’re going to, to forge and make and show what they’re used for and how they were used, it’s amazing. The samurai sword, I didn’t even know that they fold it over and fold it over to make this unbelievable edge. The sword makers are Generations. Your great grandfather was a sword maker, your grandfather, your father. It’s a whole dynasty of sword makers.

WLE: When you had the throwing knives in Desperado, were those made specially for the movie?

DT: Yes, they were. Robert designed them and made them. They were actually very, very well balanced. You could throw them. Of course when I stab Steve Buscemi and Antonio Banderas, that was movie magic, but I could throw them and stick ‘em any time I wanted.

WLE: You’ve been in so many movies, is Man At Arms your first chance to really be yourself on screen? 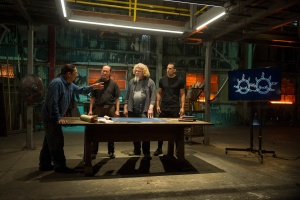 DT: Yeah, really. I’ve played a convict quite a bit but I think this is the first time I’m ever going to just be me in front of an audience.

WLE: What will surprise people about the real Danny Trejo?

DT: That I can talk. I think people are just going to find out that I’m just a regular person that really loves what he does.

WLE: Did Robert Rodriguez give you carte blanche to pitch any show you wanted to El Rey?

DT: Yeah, Robert and I go way back. We have this communication that is unbelievable. We’re like brothers really. I call him, he calls me and we get ideas and feed each other. He’s just a mastermind. He’s done more for independent filmmaking than anybody in the last 50 years. Literally, he’s done so much for the Latino community, bringing them into the fold. Before, you had to come from pretty rich parents to get into the film industry. Now, my son just went out and did a film. He just wrote another one and he’s going to do another one. Robert gave the ABCs of making a movie. The first movie, no money at all. Now with all the different funding sources you’ve got, my son and his friend raised $90,000. “How the hell did you do that? I want in on that.” 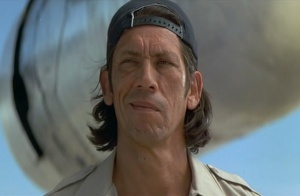 WLE: Can you believe it’s been 20 years since Con Air? Do you have fond memories of that film?

DT: Oh yeah, Con Air was actually funny. They got all the wannabe tough guys and put ‘em in one place. I just watched them. Everything was competition. If you spit, somebody else would spit further. Pretty soon, 30 guys would be spitting to see who could spit the farthest. If somebody did a pushup, it was just complete competition. Me and Benny Urquidez, Benny “The Jet,” he would grab me at lunch. We’d go to the dojo and kind of meditate. They had a dojo built out in the desert. I said, “What’s wrong?” He said, “I don’t want you to play. You don’t play well with others.”

WLE: Was Nicolas Cage spitting too?

WLE: In another three years we can celebrate the 23rd anniversary of Johnny-23.

WLE: How is the Trejo’s Cantina business going?

WLE: When did you open?

DT: We opened this about six months ago and it hasn’t stopped. Trejo’s Tacos over on La Brea, there’s a line there. It’s like Pink’s. There’s always a line. We tried to get faster so people wouldn’t have to wait as long. 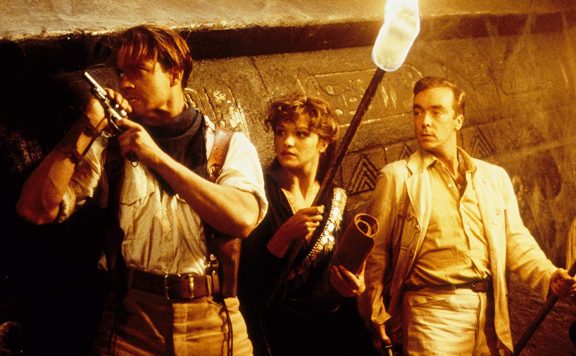 Danny Trejo has a new TV series on El Rey Network, the cable channel of his Machete and Spy Kids director Robert Rodriguez. On Man at Arms, Trejo will visit and interview weapons specialist who will demonstrate exotic weapons, and even show...
0
Average User Rating
0 votes
Please sign in to rate.