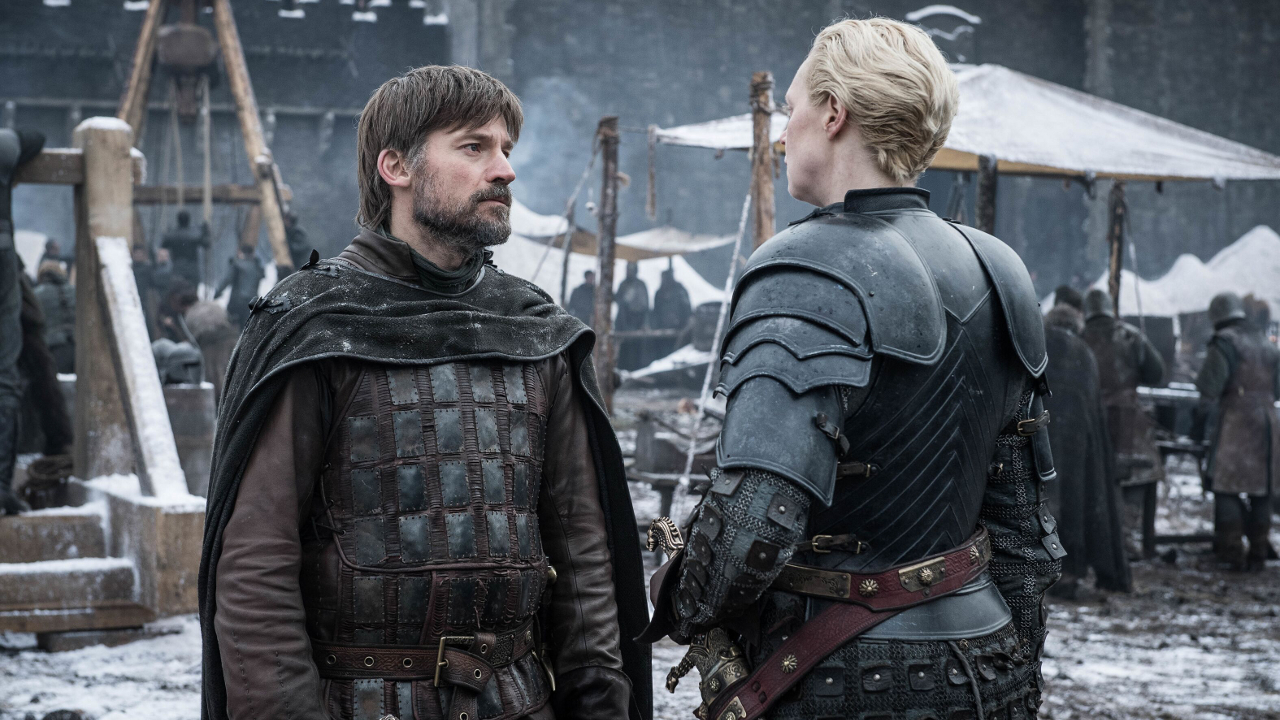 Last week’s season premiere hooked us with two major cliffhangers going forward. It was only two episodes ago (technically two years ago) that we learned Jon’s (Kit Harington) parentage. Yes, the whole R+L=J thing was absolutely true. We saw Jon’s reaction last week, but the real payoff here is how the news treats the dragon queen. Hold the Dracarys, Dany. Jaime’s (Nikolaj Coster-Waldau) arrival in Winterfell was equally awkward, especially with Bran (Isaac Hempstead-Wright), eyeing him down years after that infamous twin-cest scene. A Knight of the Seven Kingdoms wastes no time bringing closure to at least one of these pivotal showdowns.

If Jaime was the same arrogant golden lion from the earlier seasons, he would be a dead man walking. Even pushing closer and closer to redemption, it’s still an uncomfortable moment as he stands before Dany (Emilia Clarke). Just like pushing Bran out the window in the pilot, Jaime’s deeds as “Kingslayer” set in motion the entire series. Dany has years of revenge pent up. Thankfully, Brienne (Gwendoline Christie) vouches for him as expected. Bran keeps his mouth shut about the twin-cest incident. On Bran’s part, it’s practically a philosophy lesson. If Jaime never pushed him, he’d never become the Three-Eyed Raven. All is forgiven…ish.

Like last week’s episode, A Knight of the Seven Kingdoms pays off its fair share of reunions. There’s the Bran and Jaime bit. Jaime and Brienne grow beyond the travelling “odd couple” in Season 3. We had a taste of it in The Dragon and the Wolf. Here, respect has never been stronger between the two. More on that in a little bit. And while Brienne has her moments with Jaime, Tormund (Kristofer Hivju) wants to see his “big woman” too. For a fairly serious episode, Hivju is offered plenty of comedic moments. It’s not out of place, just typical Tormund. We should have to call T.M.I. on the “giant’s milk” moment.

Arya (Maisie Williams) pays visit to both The Hound (Rory McCann) and Gendry (Joe Dempsie) again in this episode. Surprisingly enough, her exchange with The Hound is more civilized than it’s ever been. Just like the Jaime and Brienne dynamic, it’s obvious these characters have evolved in the past few seasons. But the bigger shocker is the crypt sex scene between Arya and Gendry. I’m not sure if it’s more awkward or uncomfortable to watch. That’s no fault of either Williams or Dempsie. We’ve witnessed Arya grow up over the past eight years. And now, sex just comes out of left field. Granted, she doesn’t want to “die a virgin,” but Game of Thrones has always painted her as an assassin or survivor of war.

The character moments in A Knight of the Seven Kingdoms don’t stop from there either. Grey Worm (Jacob Anderson) and Missandei (Nathalie Emmanuel) discuss what their plans are after the war. At this rate, it’s dead and dead unfortunately. Jorah (Iain Glen) and his sassy cousin Lyanna Mormont (Bella Ramsey) finally get some screen time too. This is the episode to stack the reunions, because we have no clue who’s going to die in the Battle of Winterfell. Knowing the writers, expect the cast to shrink down in size. Many of the supporting characters are going down. Though I wouldn’t put it past them to kill a major character. The build-up to Brienne’s knighthood suggests the demise of either her character or Jaime next week. Theon (Alfie Allen) and Bran, who tells everyone he has a target on his back, are both fair game. The episode foreshadows countless redemption threads for next week.

I’d have to say Sansa (Sophie Turner), Jon and Dany are all safe. There’s too much happening between those three to wrap it up next week. Sansa and Dany have a “girl talk” moment, which quickly turns tense. If Dany would just shut up for once about wanting the Iron Throne. Always remember, “Any man who must say I am the king is no true king.” She’s not the beloved savior she was years ago. And thanks a little tidbit of info from Jon, she knows she’s not the true heir to the Iron Throne either. In typical Targaryen fashion, she couldn’t care less about banging her nephew a few episodes ago. Her place in line trumps everything else.

A Knight of the Seven Kingdoms ditches dragons and White Walkers (until the end) for more intimate moments. It’s probably the last time some of these character will see each other. Bryan Cogman’s script takes a few battle prep pages from the Battle of Helm’s Deep from The Lord of the Rings: The Two Towers. The main difference here is the scale and laundry list of characters. The anticipation for next week’s battle is real.