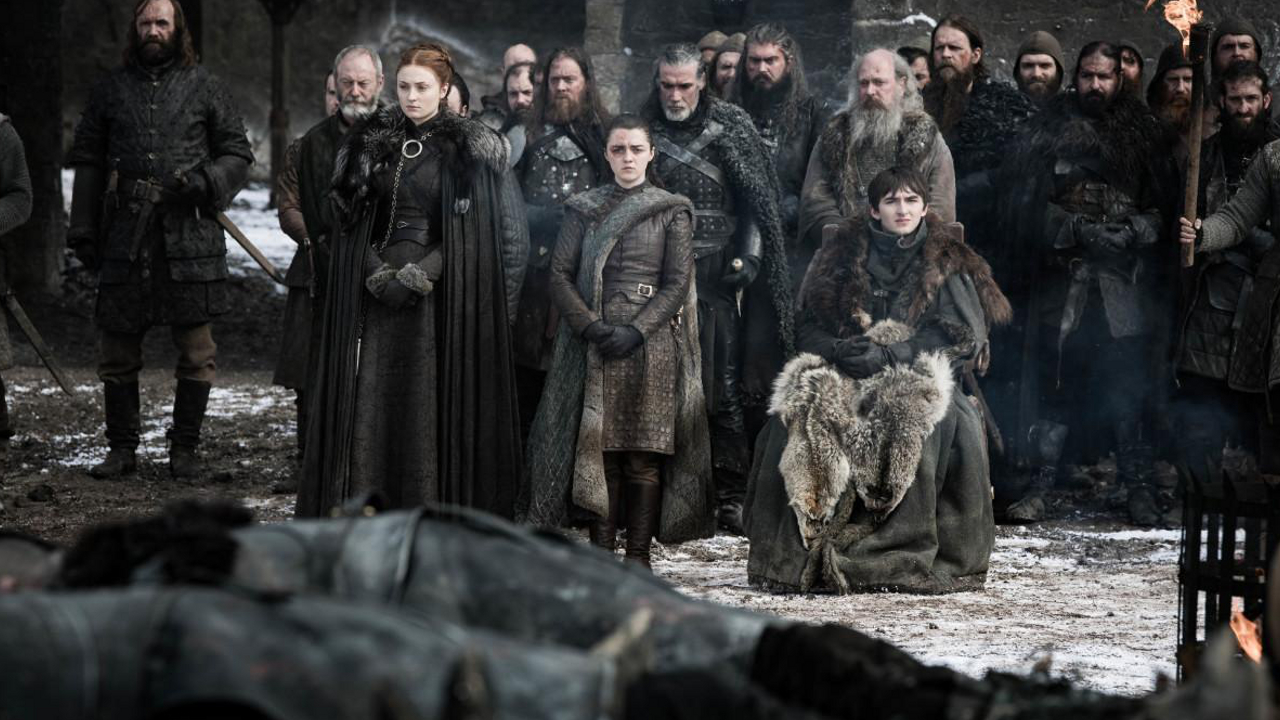 ‘The Last of the Starks’ Heads South as Does Season 8

With less than four hours left, Game of Thrones is sprinting to the finish like a mad man. Winter came last week. And like that…winter’s already over. The White Walker threat was more talk than show, leaving the true endgame to scheming and politics. The latter half should’ve come as no surprise. Though, who else is feeling deflated by this inevitable Cersei/Dany showdown? The Last of the Starks takes the gang south. Coincidentally, it’s the direction the season seems to have slightly gone since the Battle of Winterfell.

The living might have won. Just don’t expect them to stay united for too long though. Dany (Emilia Clarke) is still caught up in Iron Throne tunnel vision. Hey, let’s legitimize Gendry (Joe Dempsie) and praise Arya (Maisie Williams) as “the Hero of Winterfell.” But that’s nothing short of strategy. She isn’t given the same respect that Jon (Kit Harington) has. Even without knowing his ancestry, Jon won both the North and wildlings over. Dany would rather demand loyalty than earn it. The “Dragon Queen” of 1,000 epithets lost her way a long time ago and it only gets worse with each passing episode.

Jon’s the true heir to the Iron Throne. Yet, her response is basically “shut up.” Sam warned you. Jon can’t keep the secret bottled up, eventually spilling the beans to Arya and Sansa (Sophie Turner). Sansa blabs to Tyrion (Peter Dinklage), who tells Varys (Conleth Hill). Why do I have this feeling that there’s going to be a parallel to Ned Stark’s beheading in the next two episodes. Season 8 has already mirrored the first season in the premiere. Who’s to say that David Benioff and D.B. Weiss won’t do it again? We all saw what happened when Ned challenged Joffrey’s illegitimacy.

Dany’s descent into madness is furthered by the death of Rhaegal and bestie translator, Missandei (Nathalie Emmanuel). While both deaths further the “Mad Queen” cause, circumstances happen way too fast. Even for a Dany-centric episode. Dany is taking so many hits over the past few episodes. That basically leaves her with just Drogon and Grey Worm (Jacob Anderson) left. The Dothraki are gone. Jorah’s sacrificed himself. Tyrion and Varys is in conspiracy mode. Maybe, we’ll get Daario back after all these years. But thanks to Season 8’s rapid pacing, it’s all about Cersei now. The Littlefinger transporter comes into full effect as Dany and her remaining Unsullied travel from Winterfell to Dragonstone to King’s Landing in one episode. The random ambush with Euron’s (Pilou Asbæk) fleet could’ve been its own cliffhanger. Instead, it’s a prelude to Cersei and Dany calling for each other’s surrender. Another episode to itself.

In the midst of everything, there’s a couple goodbyes. Jon and Sam. Jon and Tormund. Jon and Ghost? The Last of the Starks doesn’t have time for that unfortunately. The parting of Jaime (Nikolaj Coster-Waldau) and Brienne (Gwendoline Christie) might seem a bit frustrating. Jaime’s been on a path of redemption for how many seasons now. Yet, he still go crawling back to Cersei. Twin-cest never dies. With two episodes left, we don’t know how this will still play out. It’s easy to jump to conclusions, believing his arc to be butchered. If we’re lucky, this is just a way to keep Brienne out of danger in King’s Landing.

Between the Battle of Winterfell and now, there’s been a few missteps in momentum. The Last of the Starks has reached its new objective towards the finale, but the mad rush by Benioff and Weiss is clearly in full effect.