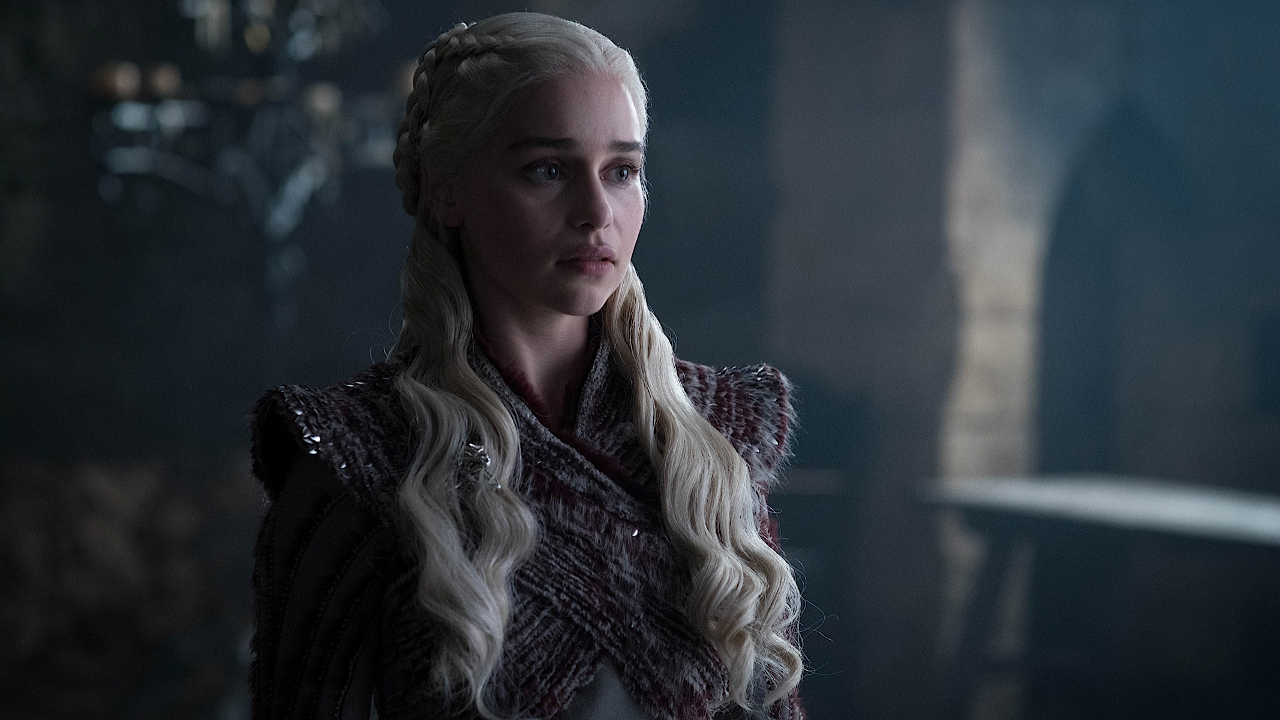 ‘Game of Thrones’ Raises Banners in Winterfell After Two-Year Hiatus

Game of Thrones fans rejoice. The “Long Night” is finally, finally over (for us at least). We haven’t seen much from our beloved HBO series since August 2017. Even though it’s been roughly 20 months, Season 8’s premiere erases that lengthy gap almost instantaneously. War is obviously upon us in the coming two weeks. However, Winterfell allots plenty of its season premiere energy to reunions and ultimately bringing the series full-circle.

Season 7’s The Dragon and the Wolf dropped the bombshell of Jon’s true heritage. Though it was no surprise for book readers who theorized R+L=J for the past decade. Sorry Dany. No matter how many titles you put before and after your name, you’re just not the heir to the Iron Throne. Though the finale’s #EpicBoatSex scene might be some sort of consolation prize. Season 7 also ended on part of the Wall coming down. You can thank the Night King and his new ice dragon Viserion for that mess. Despite the Army of the Dead on the move, Winterfell pays them almost no attention. Then again, the Night King’s character development has never been a priority in the show.

Winterfell does a fine job paralleling the series’ first episode nicely. Instead of King Robert (Mark Addy) and his entourage making their way to the realm of the Starks, it’s Dany (Emilia Clarke) and Jon (Kit Harington) side-by-side. Instead of Arya (Maisie Williams) climbing about, another child of Winterfell hopes to glimpse a view of the procession. Ramin Djawadi’s score duplicates the feel of the first few minutes of Winter is Coming back in 2011. The welcome is colder in more ways the one. But after what’s transpired in the past eight years, it’s only fitting too. As we had into the series’ home stretch, Winterfell brings the mythology full-circle like Avengers: Endgame and Star Wars: The Rise of Skywalker later this year.

Dany’s used to being the conquering hero and savior. The North, however, is much harder to win over. Sansa’s (Sophie Turner) not impressed with the Mother of Dragons. Sure, Jon wants to save his people, but a little extra Targaryen action makes the alliance ever sweeter. All we need now is an awkward “She’s your aunt” moment from Bran (Isaac Hempstead-Wright). Despite Jon making way for Dany, they all agree that Winterfell is where they’re making their stand. Later on, Dany and Jon take flight to a frozen waterfall. Jon rides one of the dragons for the first time. That’s should be a big signal that Jon’s a Targaryen. But of course, he’s clueless. After all these years, you still know nothing, Jon Snow.

As Game of Thrones continues to shrink down its cast of characters, old friends will cross paths once more. Sansa and Tyrion (Peter Dinklage) reunite for the first time since the Purple Wedding. Their forced wedding was awkward in Season 3, but you have to ship two of the best players of the game. Sansa, however, doesn’t hold Tyrion in that high regard. The once witty and clever Tyrion clearly made a vital mistake trusting Cersei (Lena Headey) last season. Arya reunites with Jon, Gendry (Joe Dempsie) and The Hound (Rory McCann). It’s practically the first four seasons paid off.

Bradley’s Sam is given perhaps the most pivotal role in the episode. Despite some indirect history, he finally comes face-to-face with Dany. He saved her precious Lord Friend Zone (Iain Glen) from grey scale last season. She ordered the execution of her father and brother in The Spoils of War. Sure, the two Tarlys weren’t the most likable characters on the show, but they’re still family. Sam drops the big R+L=J bombshell on Jon in retaliation. If Season 8 wasn’t going out sprinting, the reveal would’ve come in a few episodes. But with five episodes left, the story beats are coming much sooner.

Elsewhere, Euron’s (Pilou Asbæk) already back with the Golden Company. He moved across the Narrow Sea faster than Littlefinger’s teleportation scheme. Again, five episodes. We knew he’ll do “whatever it takes” to get into Cersei’s pants. But nothing’s ever enough for her. And Euron can’t deliver much-desired elephants across the sea either. Until the fight is taken south, Cersei watches on the sidelines, filling in the pacing gaps up north. Theon (Alfie Allen) rescues his sister Yara (Gemma Whelan), who’s hoping to take back the Iron Islands from an occupied Euron. Perhaps this will set up a Westerosi retreat to the islands after the Battle of Winterfell, but it’s hard to tell.

Winterfell keeps the Night King off screen, though we know he’s on the move. Catching back up with Tormund (Kristofer Hivju) and Beric Dondarrion (Richard Dormer), the pair escaped the Wall’s destruction, ending up at the Last Hearth. After an attack by a wight, they realize they need to reach Winterfell much sooner than later. It’s the most action the episode has to offer. Like many other season premieres, this is setting the stage for what’s to come. There’s much to process in this first hour, but there’s already this sense of another rushed season. At least next week is set up as Jaime (Nikolaj Coster-Waldau) arrives up north. And there’s plenty of history ready to unfold with the Starks and Targaryens.

As a predictable season premiere, Winterfell ticked all of the necessary boxes, satisfying our appetite after nearly two years.

Review: ‘Menashe’ Tests Fatherhood and Faith in Hasidic Brooklyn
September 7, 2017
Box Office Preview: “Days of Future Past” Suits Up for Holiday Return
May 22, 2014