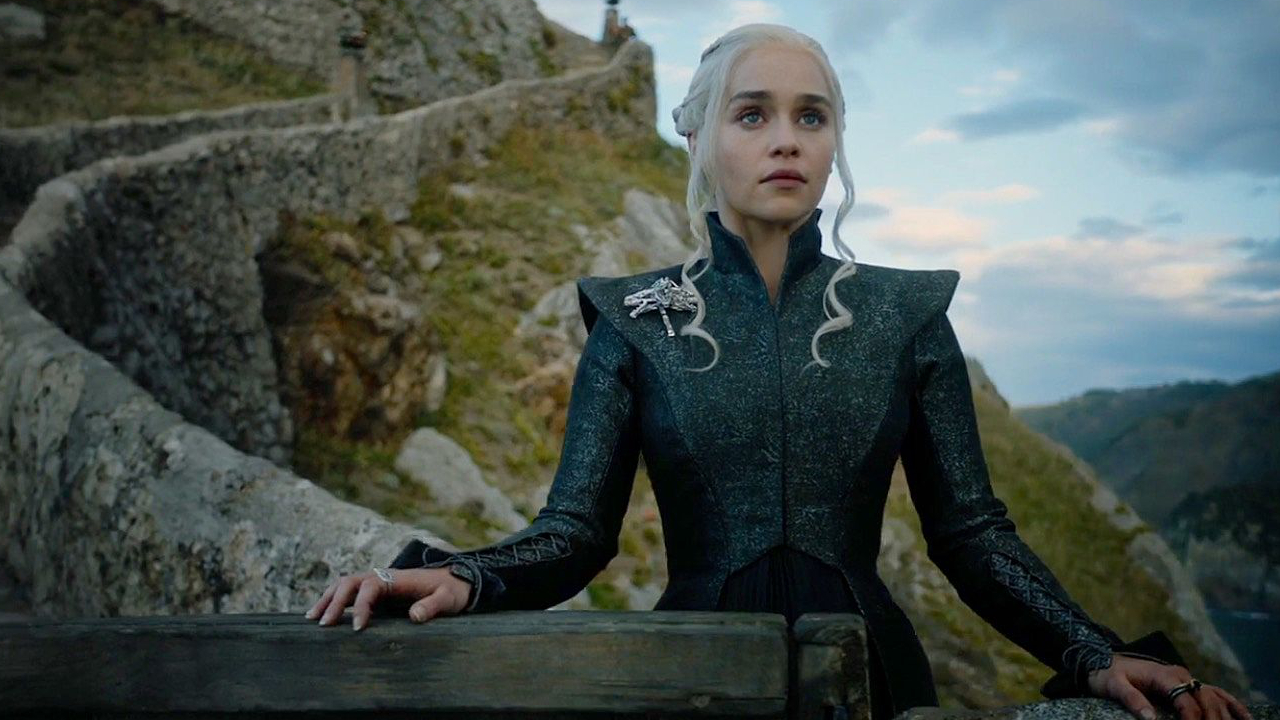 ‘The Queen’s Justice’ Aims For Plenty of Poetic Revenge

After 63 hours of Game of Thrones (give or take), arguably the two most important characters on the show finally meet. In The Queen’s Justice, Dany (Emilia Clarke) and Jon Snow (Kit Harington) finally cross paths. Now I’m no major fan of neither the “Mother of Dragons” (and all those other epithets she wants to drag along every place she conquers) nor the bastard “King of the North,” but this Game of Thrones history here.

Last week’s episode, Stormborn, basically set up the Dany vs. Jon confrontation at Dragonstone. Still believing solely in her birthright, she demands that Jon bends the knee. Fortunately, he doesn’t. Go Jon. For most of the episode, he’s the voice of reason. We’ve known for years that the battle for the Iron Throne is so small in comparison to the war up north. And as these storylines continue to converge, it’s intriguing to see how characters react to events in opposite parts of Westeros.

Season 7 has been taking that liberty every which way it can. In the first episode, Cersei (Lena Headey) is well-aware of Dany’s conquests in Essos. And here, Dany’s reaction to the concept of White Walkers and the Night King is what we’ve come to expect. She’s skeptical and remains consumed with her piddly ambitions. Thankfully Tyrion (Peter Dinklage) is there to be yet another voice of reason. That small connection with Jon in the first season is beginning to pay off. And much of what Tyrion explains to Dany is pure logic. It’s great seeing Dinklage receive more dialogue instead of having to stand around hear Dany just yammer on with her nonsense.

Thanks to Tyrion’s counsel, Dany actually does something right for a change and allow Jon to mine for the precious dragon glass under the citadel. While this is the first olive branch extended, it’ll be a while before one truly trusts the other. The Queen’s Justice was simply a tease of the Dany/Jon alliance with it brewing even more in the coming episodes. Based off of next week’s preview, the removal of dragon glass is about to begin.

While the major confrontation on Dragonstone took up a great portion of episode, writers David Benioff and D.B. Weiss furthered some other subplots as well. With Euron (Pilou Asbæk) raising hell at the end of last week’s episode, we knew that there would be something to come out of it. Euron returns to King’s Landing a hero, bringing Ellaria Sand (Indira Varma), her daughter Tyene (Rosabell Laurenti Sellers) and his niece Yara (Gemma Whelan) before Cersei. The vulnerable Sands brought before Cersei was the perfect payback for their murderous deeds at the end of Season 5. Myrcella’s death isn’t going unpunished. And not to get ahead of ourselves, but we can’t forget Joffrey’s “Purple Wedding” either.

Down in the dungeons, Cersei forces Ellaria to watch as she kisses her daughter. Affection, no. Payback, you better believe it. Revenge comes full circle as Cersei poisons Tyene with “The Long Farewell.” Don’t worry. No fatal nosebleeds just yet. I honestly don’t see Ellaria getting her revenge on Cersei. She’s pretty much in the same predicament as our good old “Shame Nun.” Though, any takers still for Jaime or Arya – I’m with you there.

We briefly returned to Oldtown to learn that Lord Friend Zone (Iain Glen) has healed from his greyscale infection. Thank you Sam (John Bradley) for breaking the rules of the Citadel. And since Jorah is no longer infected, he gets sent along his merry way back to Khaleesi. Jim Broadbent’s Archmaester praises Sam for his healing techniques, despite it being forbidden. What’s his reward you ask? Transcribe the books falling apart. Thanks a bunch, Archmaester. With this subplot now over, perhaps future episodes will focus more on Sam’s White Walker research.

The Queen’s Justice also has another serviceable moment in Winterfell. While not as big as the Dany/Jon confrontation, Sansa (Sophie Turner) and her brother Bran (Isaac Hempstead Wright) are reunited. Sansa’s already getting used to filling in for Jon. And here comes Bran, the true heir to Winterfell. It’s bittersweet and expository wrapped in a few short minutes. Fortunately for Sansa, Bran can’t become the Lord of Winterfell due to a conflict being the Three-Eyed Raven. Relief. But as he explains, he knows things. Who does he think he is, Tyrion? “I drink and I know things.” On the plus side, we only need one more Stark to return to Winterfell. Speaking of which, no Arya this episode. I expect different next week.

Back down south, the Battle for Casterly Rock is heating up. The Unsullied decimated the Lannister stronghold within minutes. For a minute there, it was like, that was it? Going into Season 7, I was under the impression that the Battle for Casterly Rock would be on the same scale as the Battle of Riverrun last season. Of course, Bastard Bowl 2016 is in its own stratosphere of epicness. But it’s the bait-and-switch I actually admire. It’s more of a diversion as Euron’s fleet begins to attack. And the Lannisters have business elsewhere.

Probably the biggest surprise of The Queen’s Justice is what transpired at Highgarden. Now we know the Tyrells sided with Dany and it’s time to pay for it. Jaime (Nikolaj Coster-Waldau) is leading the charge, crushing the Tyrell forces alongside House Tarly. Jaime confronts Lady Olenna (Diana Rigg), teasing some of his early season self. As he speaks one-on-one with Olenna, he knows he can’t get over Cersei. If it’s his downfall, so be it. But this is more about Olenna’s allegiance to Dany. She’s made her bed and being a sworn enemy of the Lannisters does her no favors. At least Season 7 Jaime is merciful and aims for a more painless death than what Cersei had planned. Like earlier in the episode, it’s poetry. Remember who killed Joffrey in Season 4. Remember how? Yeah, poison. At least, Jaime finally knows who killed that monstrous bastard. Well at least one of the two involved. Cough. Littlefinger. Cough.

The Queen’s Justice accomplished much this week. First and foremost, with the Dany/Jon confrontation out of the way, hopefully the bigger picture can take even shape. The best way to describe this solid episode is simply poetic.