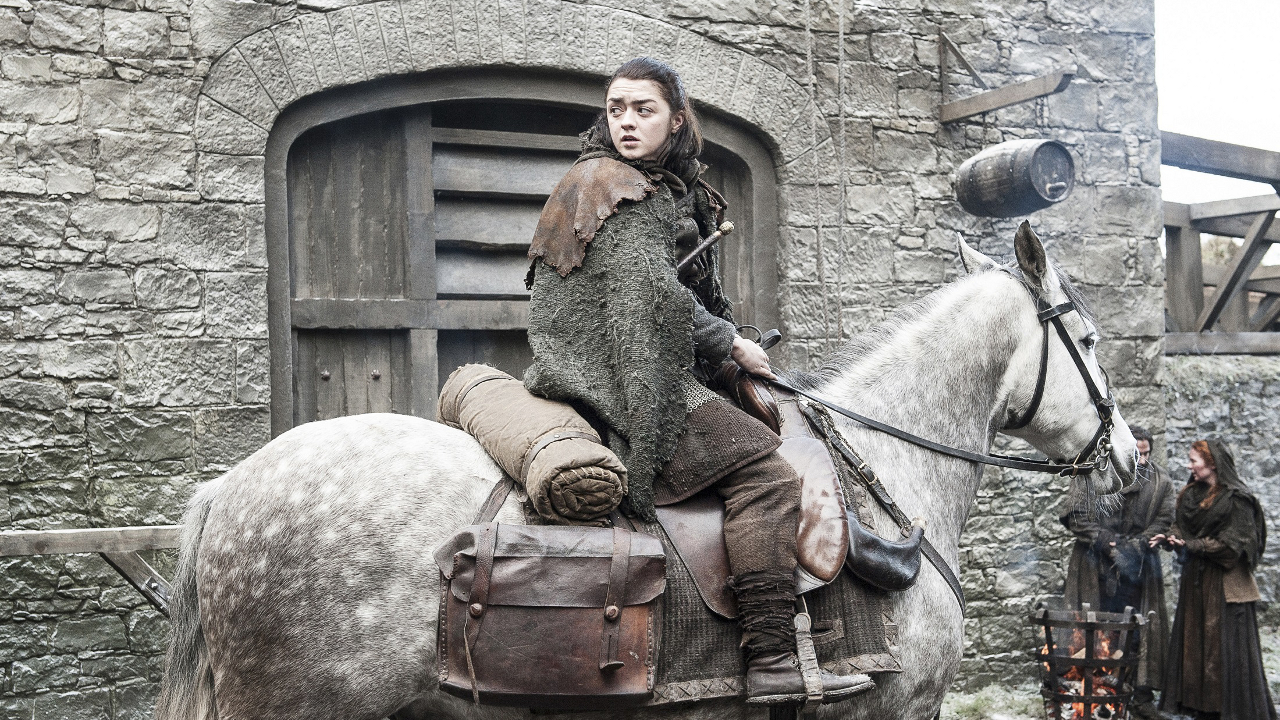 ‘STORMBORN’ CALLS BACK TO UNFINISHED SEASON 1 AND 2 STORYLINES

Last week’s season premiere, Dragonstone, was functional enough to lay the groundwork of Season 7. With all the expectations out of the way, the latest episode Stormborn, plants the seeds of even more convergence in the coming weeks. All of the sudden it appears everyone knows everyone else’s business. The lands of Westeros and Essos are certainly becoming smaller when characters aren’t teleporting from one location to another. Yes, we’re still looking at you, Littlefinger.

Anyways, Dany (Emilia Clarke) has made Dragonstone her own. From the start, she’s taking care of business as the Tyrells, Martels and Greyjoys are shacking up in the map room. Spymaster Varys’ (Conleth Hill) loyalty is question. Dany’s fully aware that the Spider bounces from ruler to ruler, though his loyalty is to the realm. Since Tyrion (Peter Dinklage) and Varys were smuggled out of Westeros at the end of Season 4, there’s been no doubt that serving Dany has been their mission. Obviously Dany doesn’t trust the master manipulator, learning her ways after the betrayal of Lord Friend Zone. Let’s not bring that up, which is the exact moment Dany lost all respect in my book.

It’s Tyrion who sticks up for Varys as well as suggests the help of Jon Snow (Kit Harington).  What a great throwback to Season 1 when Tyrion and Jon are up at the wall. That’s the thing about the Stormborn episode, it calls back several times to previous seasons. Game of Thrones remembers. We know that Dany and Jon are eventually going to cross paths – much sooner than later to be honest. However entitled Dany will send a raven to the north if the new King of the North bends the knee. She’s still on that warpath for the Iron Throne. Right now, it seems like working together as equals is a bit of a stretch. The Red Woman makes her presence known, bring up the myth of the “Prince (or Princess now) Who Was Promised.” And it might be Dany. It might Jon as many have sure speculated.

But there’s plenty more with Team Dany before the storm. Looks like it’s not at about destroying King’s Landing. House Greyjoy, House Tyrell and House Martell are sailing for the capital, while the Unsullied and Dothraki are tasked with attacking Casterly Rock. From the trailers, we had an inkling that Dany’s siege would be on the two fronts and it’s living up to the predictions.

While we’re still at Dragonstone, we do get a tender moment between Grey Worm (Jacob Anderson) and Missandei (Nathalie Emmanuel). Granted, their awkward relationship has been filler the past few seasons, but there’s this sense of payoff. And we get ourselves the rare intimate moment, especially since Game of Thrones put the gratuitous sex scenes on the back burner. I wouldn’t be surprised if Grey Worm doesn’t survive Season 7 unfortunately.

Moving up north, there’s not much happening at King’s Landing. Cersei (Lena Headey) isn’t playing her full hand just yet. Of course she’s evoking fear in the nobles of Kings Landing if Dany were to take over. Yes, the Mad Queen scare is upon us. But are we talking about Cersei, Dany or both? Two episodes in and there’s no indication of Cersei playing delusional despot. We’ve all hate her or love to hate for six seasons, but right now it’s all talk and now action. Was blowing up the High Sept the best she has to offer?

Her brother Jaime (Nikolaj Coster-Waldau) isn’t too thrilled about the current circumstances, even coming out and saying he doesn’t like Cersei. He approaches Randall Tarly, Sam’s dad about pledging loyalty. House Tarly has been loyal to the Tyrells. But to be honest, there’s not much of the Tyrell’s left after being blown to bits in the previous season. This has to be the backup for the Lannisters in the coming battle for Casterly Rock.

There’s not much going at the Citadel either this week. Sam (John Bradley) is still a bit too progressive for the maesters’ liking. And now with Ser Jorah’s (Iain Glen) greyscale fully exposed, Sam attempts to prove his worth. But the maesters stick to their books, dismissing Sam’s theories to cure the disease. Like the Jon and Tyrion throwback, Sam mentions he knew Jorah’s father, Jeor at Castle Black. The world continues to get smaller and smaller. But the actual highlight of the time at the Citadel is Sam working on Jorah’s greyscale. For someone who doesn’t get grossed out that often, even by slasher films, this was some pretty nasty stuff. I’ve always liked Lord Friend Zone, so all I can say is “Work your miracles, Sam.”

Moving up a little further north, Arya (Maisie Williams) is one step closer to her family up north. And Stormborn does it once again with the throwbacks. Remember the inn in the Riverlands? We’re back. Remember Hot Pie? Yes, Hot Pie is back. Let’s all celebrate, Hot Pie is back! Oh how I’ve missed the Harrenhal days and when faceless men were first introduced. But it’s not all about reuniting with her old friend. The real reason here is that Arya learns that Jon is now King of the North. That should drive her home even sooner. Later in the episode, Arya is surrounded by a pack of wolves, one of which she believes to be her old direwolf, Nymeria. Maisie Williams really delivers here when her wolf doesn’t even remember who she is. Six seasons later, it shouldn’t come as any surprise.

Winterfell is still a hot bed of chaos ready to break. After receiving an invitation to come to Dragonstone, Jon finds himself in a bit of a predicament. The King of the North can’t abandon the north and many still hold a grudge against the Targaryens. But remember, it was Jon last week who forgave the Karstarks and Umbers for their family’s transgressions. A child is not the parent. But will that be the case with Dany. Or is she going to go nuts like her old man and brother? Sansa (Sophie Turner) continues to be the voice of reason with Littlefinger (Aidan Gillen) whispering in her ear. But some of what she says makes sense. Regardless, Jon is heading south to meet with Daenerys Stormborn. But she’s now the interim Queen of the North until Jon returns. The power struggle is going to get real interesting once Jon gets back. And when’s that? One episode? Two episodes? It all depends on Littlefinger’s magic transporter.

Where Stormborn truly succeeds is in the climax on the open sea. The Greyjoys and Martells make their way to King’s Landing only to be attacked by Euron Greyjoy (Pilou Asbæk). As we learned a week ago, the only way he’s going to make a deal with Cersei is with a great gift. I thought it would be the rumored dragon horn, but some dead Sand Snakes isn’t that bad of a consolation prize. They killed Myrcella at the end of Season 5, so how about some payback? But it’s not all about the blood feud between the Lannisters and Martells. Euron caught up with his niece and nephew, burned their ships and held Yara (Gemma Whelan) at knifepoint. And while we were just starting to like Theon (Alfie Allen), he throws his sister under the bus. Oh Theon, you blew it for the umpteenth time.

Stormborn is a major improvement from last week as storylines continue to converge. We’ve reached the calm before the storm next week in The Queen’s Justice as two Targaryens finally meet.