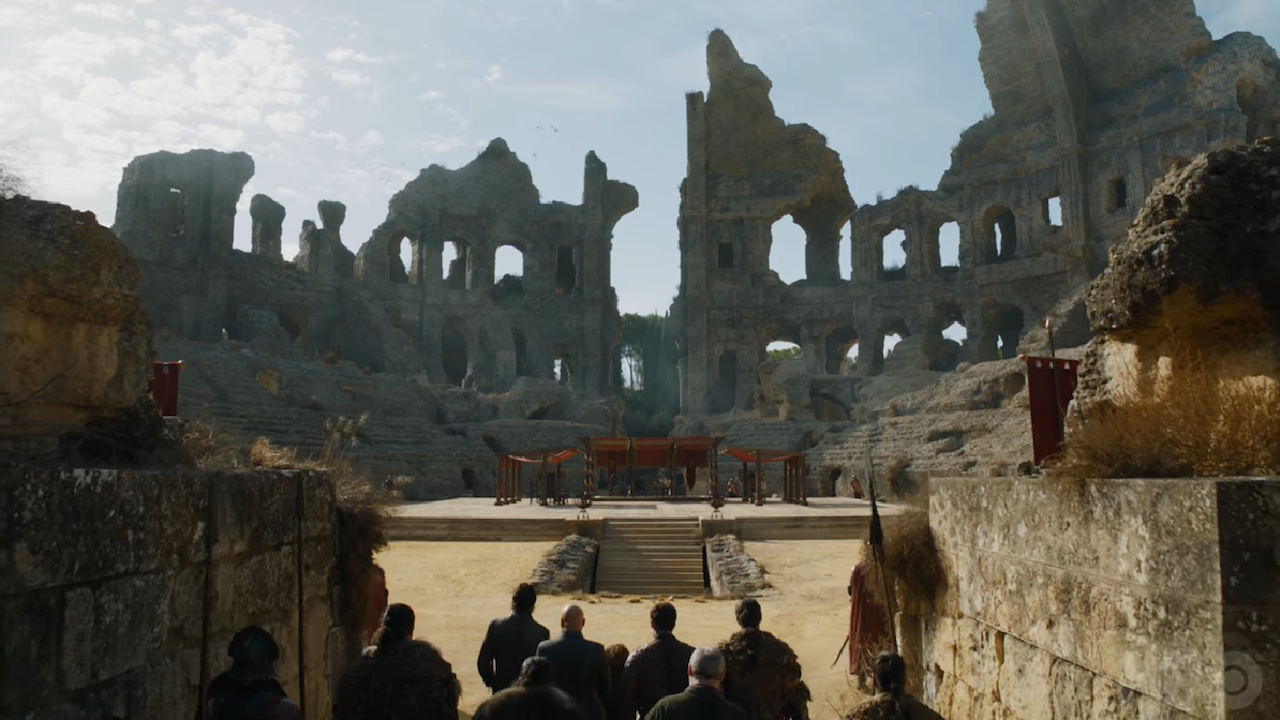 “The Dragon and the Wolf” Leaves Audiences on Predictable Cliffhanger

Well, that was a fast season. It just seemed like Game of Thrones Season 7 just started and here we are, diving headfirst into the season finale. Like previous finales, The Dragon and the Wolf does its job, wrapping up the arcs of an entire season, while hinting at what’s to come next year (or possibly the year after in this case).

Last week’s episode, Beyond the Wall and the finale work hand in hand with one another. The Night King has complete control over the dragon Viserion – meaning Westeros is pretty much screwed currently. So now, Dany (Emilia Clarke) has to seek out the help of Cersei (Lena Headey). The animosity is ever present, but despite their differences, strength in numbers is exactly what they need right about now.

Team Dany makes their way to King’s Landing in what’s the biggest assembly of key characters to date. Obviously the only ones missing are the Stark siblings and Littlefinger (Aidan Gillen), who are dealing with their own subplot up north. With so many players in one spot on the board, everyone seems the need to interact with everyone else. Much of the early walking and talking is similar to last week’s episode. The Hound (Rory McCann) and Brienne (Gwendoline Christie) cross paths for the first time since their fight in Season 4. Tyrion (Peter Dinklage), Bronn (Jerome Flynn) and Podrick (Daniel Portman) are all reunited as well. And of course, there’s a throwback to earlier in the series when Tyrion speaks with Bronn. He’s still willing to double whatever anyone else is paying him. Classic quotes never die.

The confrontation occurs in the Dragon Pit and everyone and their mother is present. But it’s mainly the Jon (Kit Harington), Cersei and Dany show. Sure, the showdown between The Hound and The Mountain (HafÞór Júlíus Björnsson) is a cruel tease for Clegane Bowl. So please, bring that to fruition next season. Dany enters the picture a few minutes later than everyone else. Another grand entrance for the Mother of Dragons. The next few minutes are firsts (in a very long time) for King’s Landing. Big 747 dragon. Check. A wight from beyond the wall check. Cersei’s actually afraid of the creepy reanimated corpse. Euron (Pilou Asbæk) tucks his tail and runs, hoping the wights and White Walkers can’t swim.

Cersei’s willing to join the fight if Jon refuses to fight the Lannisters. Jon, already pledging himself to Dany, can’t agree to those terms. He says he can’t serve two queens. Immediately, we’re feeling that noble stupidity of Ned Stark and his son Robb. Can’t you just lie for once for the greater good? Oh wait, you still know nothing after all these years.

As a result, Lannister assistance is off the table. Tyrion takes it upon himself to convince his sister. The last time, Tyrion and Cersei were in the same room together, she was gloating at the thought of his inevitable demise. She drags up so much of Season 4 (which isn’t a bad thing at all) and blames him for so much death within the family. Well technically, he’s only guilty of father’s demise on the toilet. There’s always been bad blood between the two, but Cersei refuses to kill her brother given this opportune moment. Tyrion’s life never felt in danger as this season felt more predictable than the others. Plot armor has him on a one-way ticket to the endgame. The same goes for a few other characters too.

Cersei changes her mind after her meeting with Tyrion. The Lannisters will put their differences on hold with Team Dany to deal with the threat. Later on in the episode, we find out that her promise was nothing but a lie. Her brother Jaime (Nikolaj Coster-Waldau) is disgusted. It only took 67 episodes, but we might actually push beyond the twin-cest. Throughout the series, Jaime’s almost unchained himself from Cersei. But I think this is what broke the camel’s back. Jaime’s departure from King’s Landing is also a visually beautiful moment as snow begins to fall on the capital.

With the Dragon Pit sequence out of the way, The Dragon and the Wolf returns for a brief stint on Dragonstone. Not much happens here except Theon (Alfie Allen) confides in Jon about his conflicted loyalties to his family and the Starks. Jon tell him that he shouldn’t be conflicted and that he’s both. Like Jaime, perhaps Theon won’t flip-flop as much anymore. Season 7 didn’t touch much on the Theon, Yara and Euron arc. It looks to be one of those asides next season though. Though, props to Theon for standing up to his men when he sets out to rescue Yara.

The plot up in the Winterfell is the other much-needed payoff this season. Going into The Dragon and the Wolf, we’re not sure whether Sansa (Sophie Turner)  will turn on Arya (Maisie Williams) or vice-versa. Littlefinger still has his claws planting distrust in the mind of the Lady of Winterfell. What else is new? But this ultimately leads to a trial for Arya. She’s accused of murder and treason and she just brushes it off like its nothing. Turns out, she’s not on trial here, but Littlefinger. Littlefinger is taken off guard and Sansa spills the beans about all his plotting from the past six seasons.

The master manipulator, the one who’s always head of the curve, has finally gotten the short end of the stick. It awkward to witness Littlefinger begging for this life before being executed by Arya. Ever since Littlefinger sold Sansa off to the Boltons in Season 5, he’s been treading on thin ice. And it was only a matter of time before he got his comeuppance. The finale also reverses Sansa back to her prime in Season 4 as she was learning the game a little too well up in the Eyrie. That’s been one of the criticism of the past two seasons is her weak character traits surfacing once again.

Before Season 7 ends, we also have to get that big information bomb from Bran (Isaac Hempstead-Wright) and Sam (John Bradley). The big reveal is no surprise as readers of the book have speculating it for years. R+L=J is for real – at least in the show. Basically, Jon Snow is the son of Rhaegar Targaryen and Lyanna Stark and the true heir to the Iron Throne. That’s not going to set well with Dany. In fact, Dany’s actually Jon’s (now Aegon Targaryen) aunt. And yeah, we won’t get into the boat sex scene that cross-cuts with the big reveal. It would’ve actually been a bigger surprise if R+L=J wasn’t true and we weren’t just going through the motions.

The final scene in The Dragon and the Wolf ends on another massive cliffhanger. Season 5 ended on Jon’s temporary death. Season 6 finally had Team Dany sailing for Westeros. One year later, things have taken a turn for the worse as the Night King and Viserion bring down part of the Wall. Even with a fraction of the wall down, the enemy is coming. That’s the big setup for Season 8 and with only six episodes left in the series, we may be on even more powerful plot steroids.

Clocking in at a whopping 80 minutes, The Dragon and the Wolf checks off everything it needed to accomplish this season. This mad rush to finish is slightly jarring as the endgame grows closer and closer. But that’s what Season 7’s been all about. It’s more about moving the character from point A to point B as the journey and world of Westeros continues to shrink. While still a fitting end to the season, there have been much better finales for Game of Thrones.