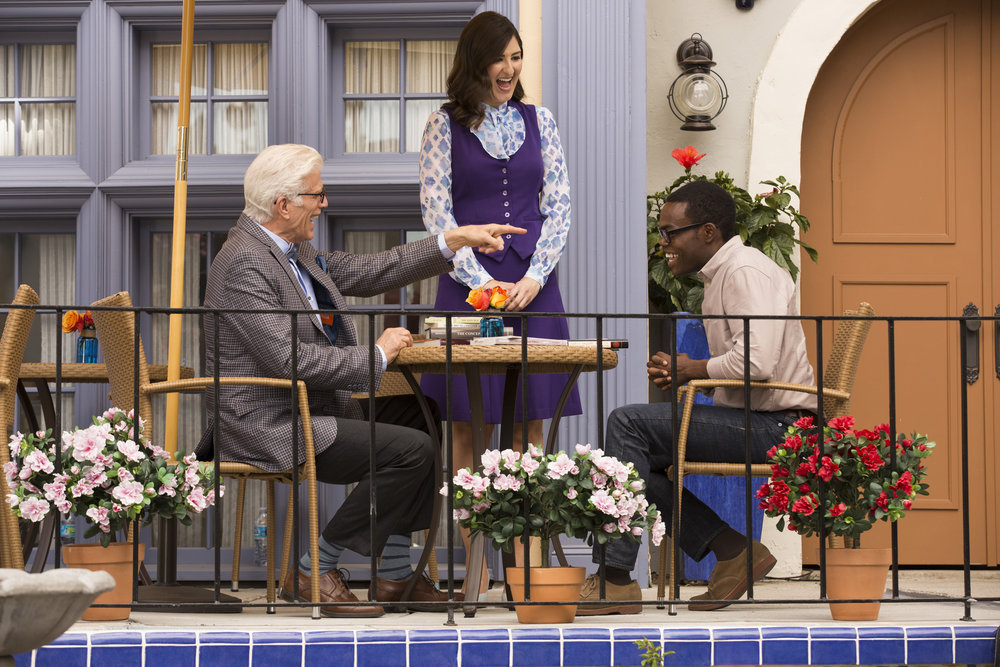 Eleanor, still spinning from her note in the last episode, begins to narrow down her suspects. She immediately suspects the perfect Tahani of writing the note. In this episode, she attempts to befriend Tahani and find out if she is really the person who wrote her the note. Eleanor helps Tahani with various activities and in the process finds that Tahani is really a good person. They end of forming a real friendship over the frustration that Tahani has in her relationship with Jianyu.

Janet is trying to work out a few kinks and tries out a series of new personalities. Some of them are funny and the jokes hit well, while others fall flat. In a crazy turn of events, Michael asks Eleanor to help him figure out the problems with their neighborhood. The irony! Eleanor discovers that Jianyu is the person who wrote the note. No one suspected that one! He tells Eleanor that he also doesn’t belong in The Good Place and they’ve made yet another mistake.

This episode also gives us a little insight into Eleanor when she was alive. We learn that she feels really self-conscious around people better than her and believes the world is bad no matter what you do.

I like that The Good Place continues to reveal new things about Eleanor’s and other characters as we go. There are not complacent with just working with these one-dimensional characters. It gives me hope for an interesting season!