The Good Place “Chapter 8: The Most Improved Player” Review

After the stunner that ended last week’s episode, I was anxiously awaiting the newest episode of The Good Place. In order to investigate who Eleanor really is, Michael does a series of interviews with Eleanor, Tahani and Jianyu. He asks questions and pries into her life.

Janet is still not working properly and continues to hand Michael a cactus anytime he asks for something. While Michael is conducting his interviews with the various members of the community, we are finding out more about Eleanor and how upset Michael really is with her. Some of the questions that Michael asks are fairly hilarious. He inquires about whether or not she watched the Bachelor, took her shoes and socks off on an airplane and other hilarious societal no-nos. Once they determine that Eleanor must be sent to the Bad Place, Trevor arrives via train to pick her up. Trevor is played perfectly by Adam Scott. The best casting decision ever. 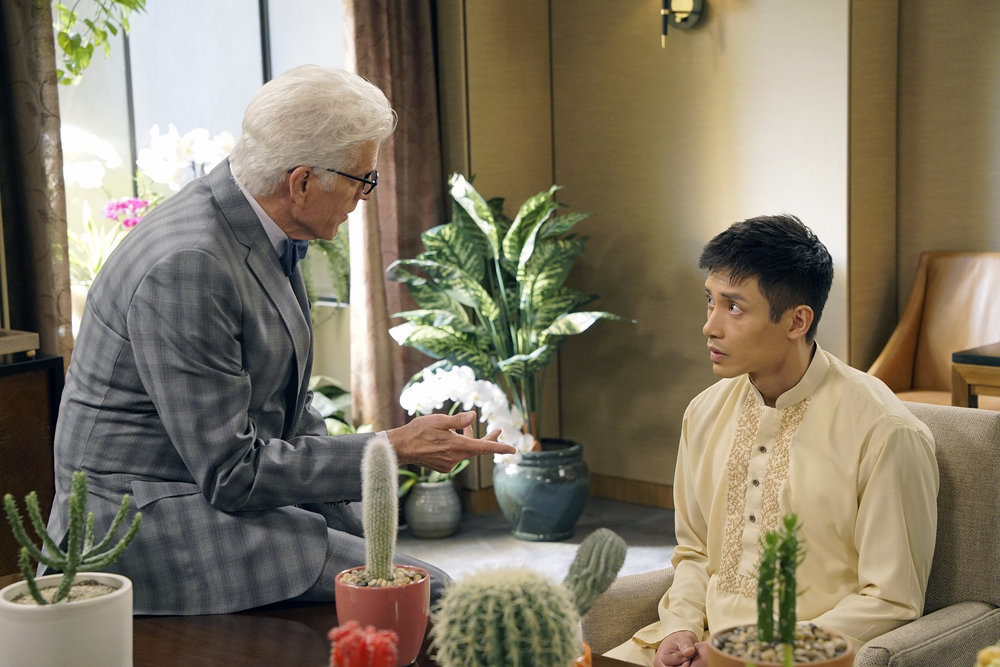 Once Eleanor has given her goodbyes and boards the train, Chidi bursts into Michael’s office to tell him that Eleanor is learning and had done good things in The Good Place. Michael decides to stop the train and bring Eleanor back but not without a twist that will send this whole decision into a spiraling mess.

This episode is not as funny as the previous episodes, but that is a good thing. We need a shift in tone every once and while to progress the plot and develop the characters further. I LOVE the casting of Adam Scott as Trevor. He is the perfect cynic to play that role. I can’t wait to see where the next episode takes us on this journey.