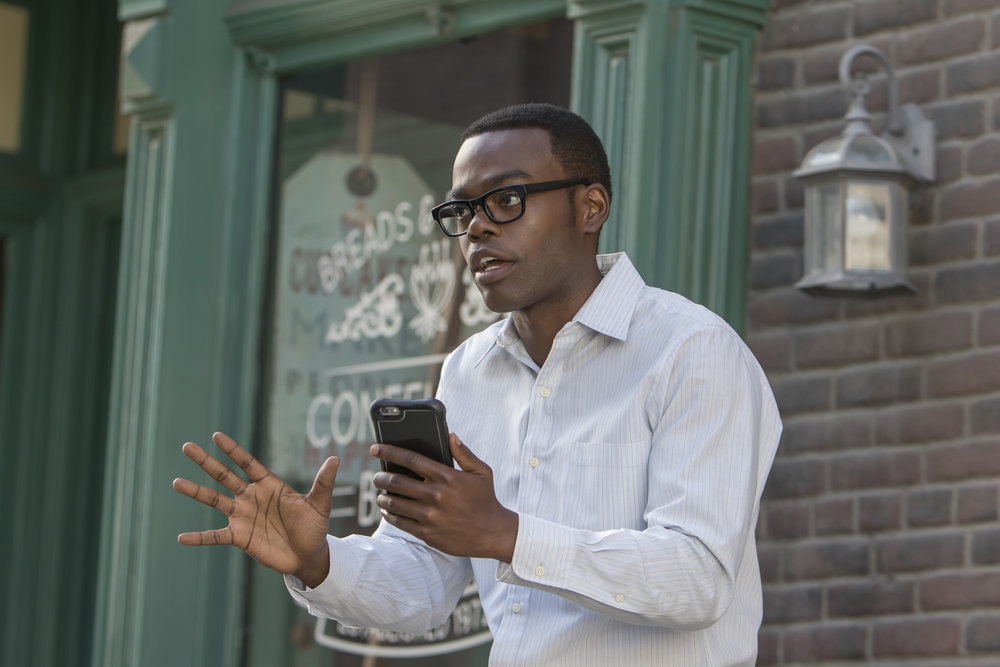 In The Good Place, the saga continues with Real Eleanor and Fake Eleanor. Chidi has to make a choice but his indecision causes the Good Place to go crazy and all mixed up.

The “fake” Eleanor has a revelation that she loves Chidi. She confesses her love to him. Shortly after, Tahani comes in and tells him that Jianyu is a fake and that she realizes Chidi is her soulmate because he cares about her feelings enough to coach Jianyu how to talk to her and make her happy.

Chidi runs away to Michael to ask who the real soulmate is and Michael doesn’t help him to decide.  Michael is frustrated with Chidi’s indecisiveness. In this episode, we get a flashback of Chidi and his inability to make a decision with his friend’s wedding, and we find out how Chidi died. The memory of this forces Chidi into making a decision.

Eleanor and Tahani discuss what will happen with Chidi choosing between them. Eleanor tries to be the bigger person and tells Tahani that they have a friendship she cares about. They spend time bonding and become closer friends than ever before.

Everyone is indecisive, and it is spreading like a disease. No one knows who is supposed to be with whom. Janet pops in to tell them that she and Jason/ Jianyu are getting married. The wedding is insanity and is very odd. Eleanor and Tahani are the only attendees, and it was really interesting.

Real Eleanor checks in on Fake Eleanor and Chidi comes back to talk to them when they all confess that they were confused and don’t actually love Chidi. Tahani, Real Eleanor, and Fake Eleanor rush off to see Michael when Tahani says she thinks she knows how to keep Eleanor in the Good Place.

Overall, this episode was all jumbled and all over the place. I don’t know why this episode was so scattered, but it wasn’t the best way to welcome back the show. I’m hopeful that the season will pick up and continue on the amazing path it was on before the hiatus.