After the bombshell of not knowing is that really is Meisner or if Renard is crazy, the show picks up at the same point. Renard is questioning it saying that he isn’t real and that he is dead. Meisner his haunting him and he realizes that Meisner is actually physically there. It is throwing him for an obvious loop. Renard gets a call from someone in Black Claw and when he finishes the call, he is gone.

Back at the spice shop, Diana is asking about why Nick looked like her daddy. They try to explain to her why Nick was changed into her daddy. It doesn’t go well. Diana sees that Rosalee has more than one baby in her. Diana continues to creep me out beyond belief. She is a scary little girl.

We get a flash to what appear to be our Wesen as he searches for babies on the internet which in physical pain. The mother and father are putting the baby to sleep and keep taking pictures of him. Our Wesen appears standing outside and the parents are awoken by the baby’s scream and the Wesen picking up the child. The father wakes up and the baby is gone.

Kelly, Nick, Diana, and Adalind head to Nick’s loft. Diana can feel that a lot of people died at Nick’s place and keeps saying that she wants to see her daddy. Eve is wandering in the tunnels underneath the loft. She hears Nick and Adalind talking. She gets emotional and her face starts to woge as she stares at the spot where Nick placed the stick.

Back at the station, Renard is reading the news as Nick returns, a triumphant hero. Renard calls the three of them into his office and buries the hatchet with them as best he could. After they leave, Meisner appears again and Renard is seen talking to no one and throwing coffee at the window. He flips out at Meisner and is really upset.  Nick, Wu, and Hank head off to investigate the missing baby. 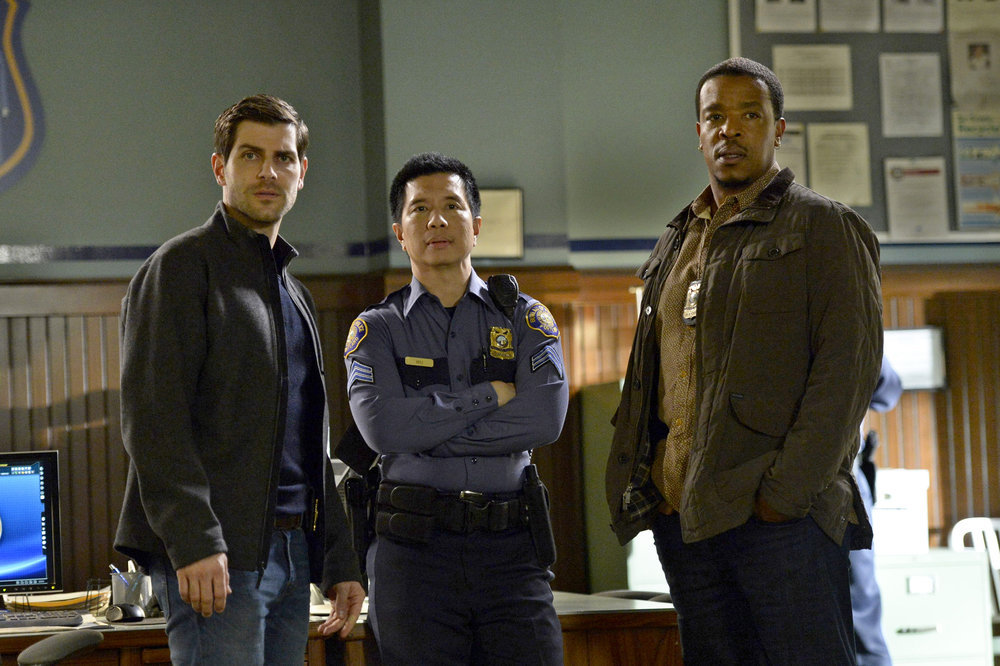 Nick, Wu, and Hank head off to investigate the missing baby. The mother is hysterical and begs them to find the baby. She describes the monster and the husband irritated and tells them how she is obsessed with the baby. We get a view of the baby to show that he is actually alive, which is good news. He is with the Wesen who is obviously tortured by his past actions and woges again while over top of the baby. He picks up the baby and holds him tenderly, telling him that he knows he is sick and will get him medicine. It definitely wasn’t what I had expected from this.

Meanwhile, Eve is in the tunnel and tears apart the wall holding the stick. Nick and the guys are researching about similar events and Eve grabs the stick. She is immediately repelled and injured by it. Nick is physically impacted by her touching it. The guys are back with Rosalee and Monroe and searching the books for the Wesen. They find the information and find it is called El Cuegle. It kidnaps newborns and keeps them for the hours of dread until it is certain that the bad future is aborted. https://ebiteua.com/igri-sex.

The Wesen is in the supermarket searching for baby medicine and has another episode where he has flashbacks to a horrible event. He is woged when the worker comes to check on him. Nick, Wu, and Hank are searching at the precinct about similar events when they get the call that they have spoted something that looks like the monster. Rosalee and Monroe are discussing the baby and how she isn’t sure if she can stay in Portland with the baby and everything that has happened. There is a really tender moment between Rosalee and Monroe where he comforts her.

Nick, Hank and Wu get a call from the supermarket and they head over and get a plate number so they can find it. Eve is still in the tunnels and where her hand was injured, she sees one of the symbols. 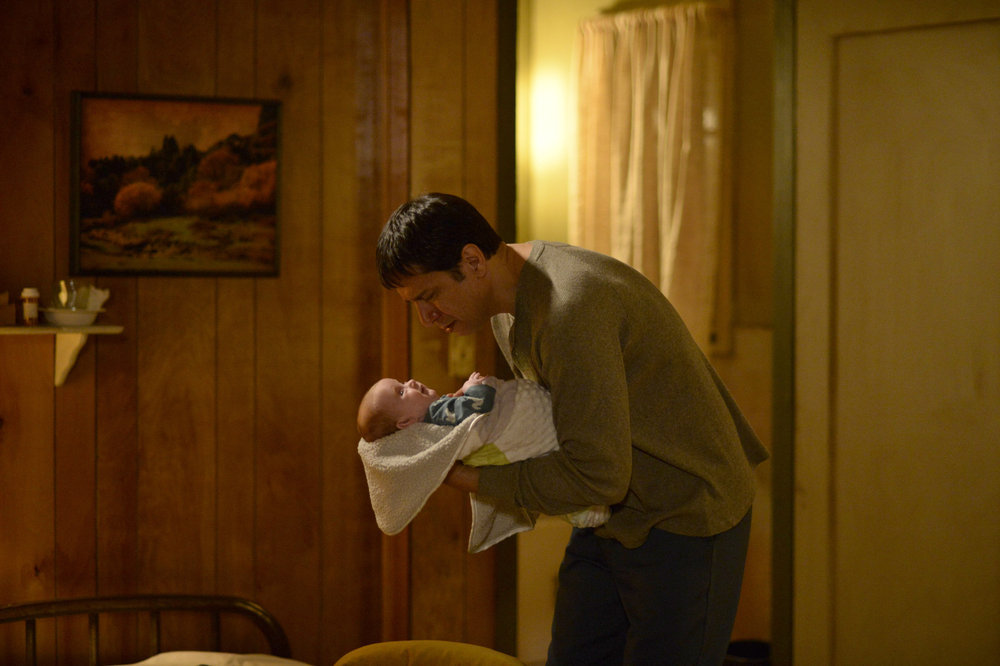 Diana gets dropped off at Renard’s and she asks why Renard doesn’t love her mommy.

Nick and Hank discuss what could have motivated the Wesen to come to the supermarket when they get a call that the Wesen has been seen at an apartment building. The three of them head into the apartment building and apprehend the suspect. The baby is okay but the Wesen keeps telling them not to take him away.

They return the baby to the parents and she asks him how they found him. Back at the precinct they question the Wesen and learn that he sees the present, past, and future and is sent to children who are going to commit horrible crimes. He is sent to take the evil from the world. He tells them to look up one of the children who was taken and returned for proof. The child killed 10 innocent people in Idaho when he grew up. This puts them in great moral dilemma. They keep digging further into his past to prove him wrong or right. He has visions in the precinct and starts freaking out. He sees Auggie kill his parents and he starts foaming at the mouth and knocks out the guard. He has escaped and they run to get to see Auggie.

They call the parents to warn them about the Wesen coming back. The woman runs into her room with the baby and Nick and Hank arrive in time to stop him. There is a great fight scene and Nick kicks him off the stop of the steps and he dies. Before he dies the Wesen says “the bears.” Nick and Hank talk about what this means and they see the bears on the blanket. He tells the husband that he is not crazy. They continue to fight and Hank and Nick wonder if they’ve done the right thing.

Eve is still down in the tunnels carving into the wall.

This episode was a return to the fun Wesen hunting time while still balancing all the craziness that has happened in the past. The design of this Wesen is back to the classically creepy characters. The show is doing a great job of melding the two together and is creating an even richer story. We don’t really get any closure or further in the story as to what is going on with Eve and what she is doing in the tunnels. I will say that this is shaping up to be the best season ever. It is a shame that it is the last.

Grimm "El Cuegle" Review MAJOR SPOILERS! After the bombshell of not knowing is that really is Meisner or if Renard is crazy, the show picks up at the same point. Renard is questioning it saying that he isn't real and that he is dead. Me...
0
Average User Rating
0 votes
Please sign in to rate.