Grimm “The Grimm Identity” Review by Ashley Menzel: Grimm is back!

Grimm is back and in a BIG way. After the shockwaves that rocked Grimmsters at the end of the last season, there was much hype surrounding this premiere and it certainly did not disappoint. Nick wakes up in a blur after being attacked and drugged at his home by who is believes in FBI Agent Chavez and her men. In his blur, he remembers Juliette being killed by Trubel and the severed head of his mother left in a box for him to discover. Quickly, he calls Hank to explain the situation and tell him what has happened. Hank, Wu and Captain Renard are concerned with Nick’s actions because they are unsure if Nick knows what he saw. 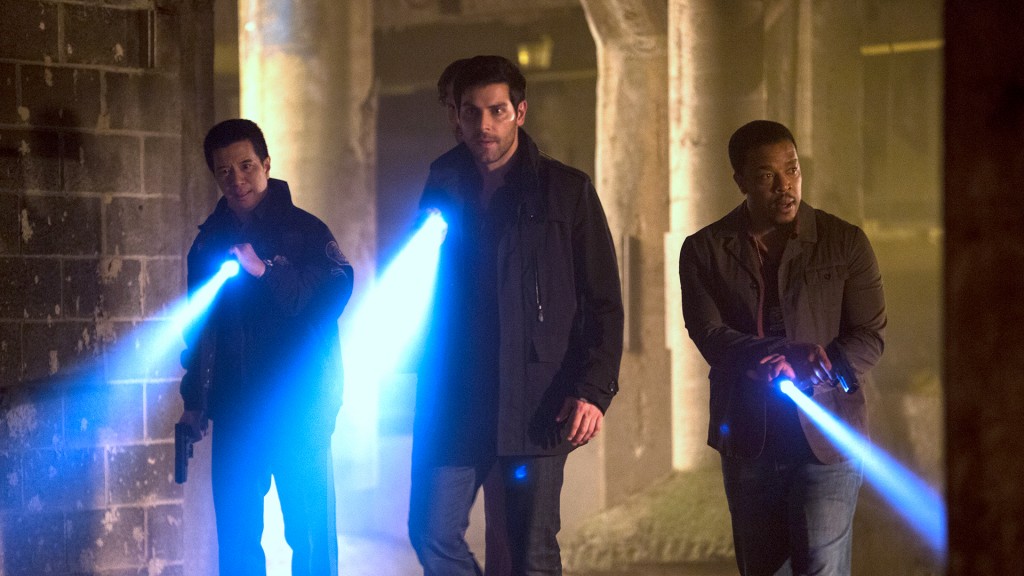 Rosalee and Monroe are shocked to find that Juliette has been killed and by Trubel no less. Everyone is struggling to come to grips with what has happened even though Adalind is pregnant with Nick’s baby and goes into labor. Nick is torn between confronting Chavez and being with Adalind to witness the birth of his son.

Nick leaves the hospital to meet with Chavez to find out what they are doing, why they are looking for Grimms and if they took Trubel. When they arrive at the factory where they are to meet her men, they are ambushed and Chavez is killed. Her phone begins to ring and Nick answers and finally has some kind of lead to where he will go next. 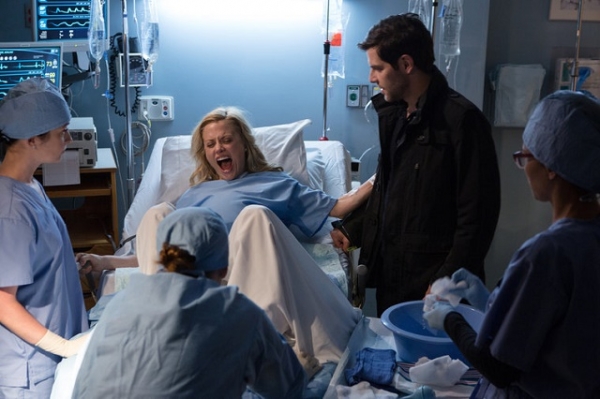 Reunited with Adalind and his son, they decide to name him Kelly, after Nick’s mother. I do have to admit, my heart skipped a beat and I became weak in the knees when Nick was holding his son for the first time.Will Nick and Adalind become the newest Grimm couple? Will they be able to co-parent their son. The episode ends with many more questions than it began with and we are left even more concerned for Nick and his friends as they begin to face an unknown threat.

The season premiere was wonderful and sets us up for an incredible season full of twists and turns. We have SO MANY QUESTIONS and are excitedly waiting for the answers to unfold. As always, Grimm has kept us excited, interested and always weary of those pesky little fairytales.

Grimm "The Grimm Identity" Review by Ashley Menzel: Grimm is back! Grimm is back and in a BIG way. After the shockwaves that rocked Grimmsters at the end of the last season, there was much hype surrounding this premiere and it certainly di...
0
Average User Rating
0 votes
Please sign in to rate.