Monroe is slowly creeping around the spice shop, and a police light shines in the windows and doors. Wu and Hank are in the basement, and Nick determines that they must leave so that everyone can be safe. Eve decides to accompany him. Before they go, he leaves the fabric and the stick in the box. Nick describes his feelings about the stick and how feels drawn to it and Eve comments that he loves Adalind and walks away. It was an awkward exchange of information. Eve and Nick then decide to look at the images that Diana drew to try to figure them out. Eve is reminded of Nick’s mom telling them that Diana is an extraordinary child and in the right hands she could change the course of history. This is a bit of foreshadowing to what things Diana may do in the future.

After resigning, Wu and Hank meet Nick and Eve in the tunnels with food and drinks. Nick decides he wants to turn himself into Renard so they can gain the upper hand. Adalind is going to help him do the spell by getting hair from Renard. 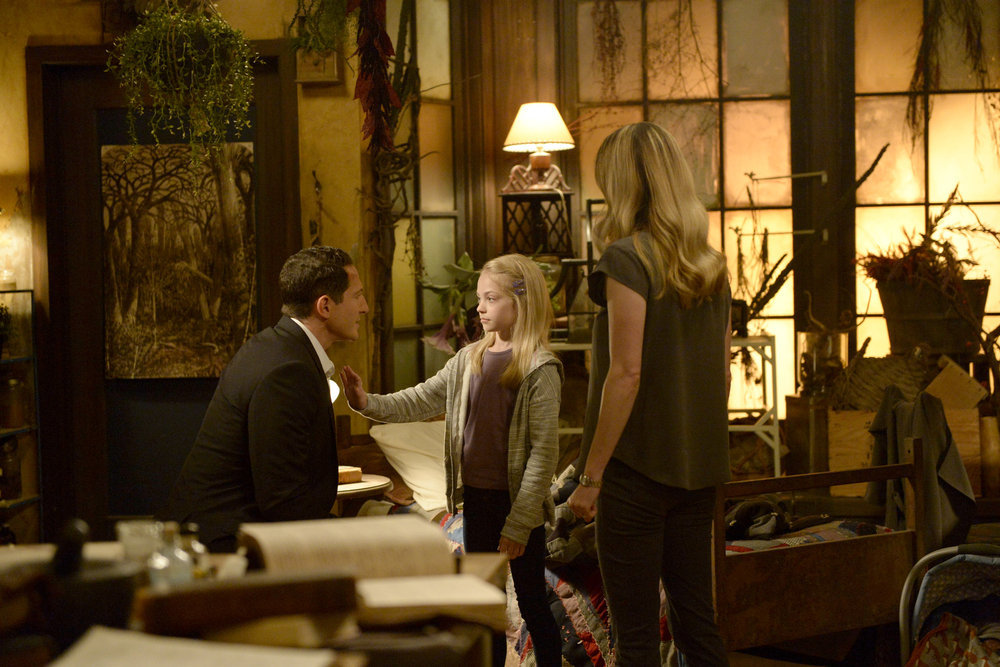 While the team is coming up with their plan, one of the people on Renard’s campaign tries to blackmail him, but Renard tricks him and ends up having another Wesen cop, Lt. Grossante, kill him. Monroe heads over to Adalind’s to get the hair and Renard comes home. He hides and can get the hair and leave. Nick takes the portion to turn into Renard. When he transforms, he is woged. They all start freaking out and try to get Nick calm so that it will go away.

Adalind is trying to stall Renard and keep him home so they can get the Nick/Renard out. When Renard sees what has happened on the news, he is furious and goes on a rampage. While Renard is on his way, Renard/Nick and Hank goes to his office and is searching for his things to prove his evilness. They are interrupted by the Lieutenant Grossante, and he questions his motives. Renard/Nick tells him that he is breaking the deal. Grossante storms out and threatens the Renard/Nick.  As Renard/ Nick starts to change back, he gets cornered by the press. Meanwhile, the real Renard arrives, and Wu has to stop him. The two Renards face off. Renard/Nick gets away, and Renard is stopped by the press again. Once back at the spice shop, everyone is worried because Nick hasn’t changed back and they try to find a spell to help. Renard calls to meet Renard/Nick, and they meet on the loft roof. They face off and fight. This is one of the most exciting fights scenes in a very long time. 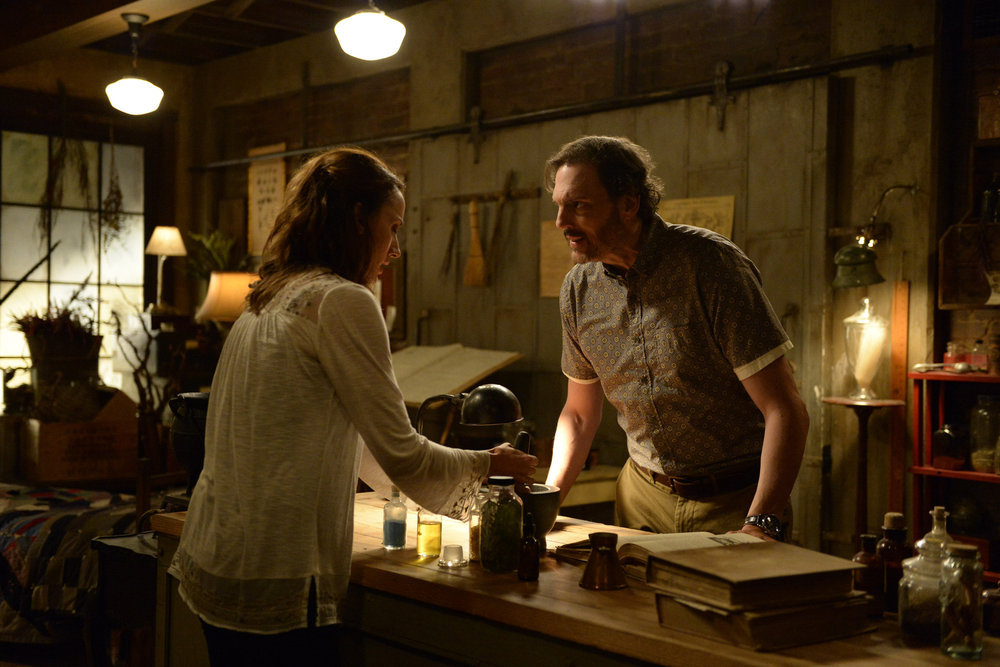 The fight ends up being anticlimactic when they decide to go back to the way things were. They are still trying to figure out how to fix Renard/Nick when Diana wakes up and asks him what happened. She sees that it is not Renard and uses her powers against him, which turns him back into Nick. There is an exchange of glances that show Diana is not happy with Nick.

Renard returns home to find Meisner in his house. Meisner tells him that he chose the wrong side and that is how the episode ends.

I enjoyed the majority of the episode. It was intense, exciting and filled with a lot of detailed storytelling. The special effects were great, and the fight scene with Nick and Renard was excellent. I think they tied the feud between Nick and Renard up way too fast, but with a smaller order of episodes remaining, they want to get to the rest of the story. I’m not ready to say goodbye to Grimm.

Grimm "Oh Captain, My Captain" Review Monroe is slowly creeping around the spice shop, and a police light shines in the windows and doors. Wu and Hank are in the basement, and Nick determines that they must leave so that everyone can be ...
0
Average User Rating
0 votes
Please sign in to rate.