Grimm “Into the Schwarzwald” Review by Ashley Menzel 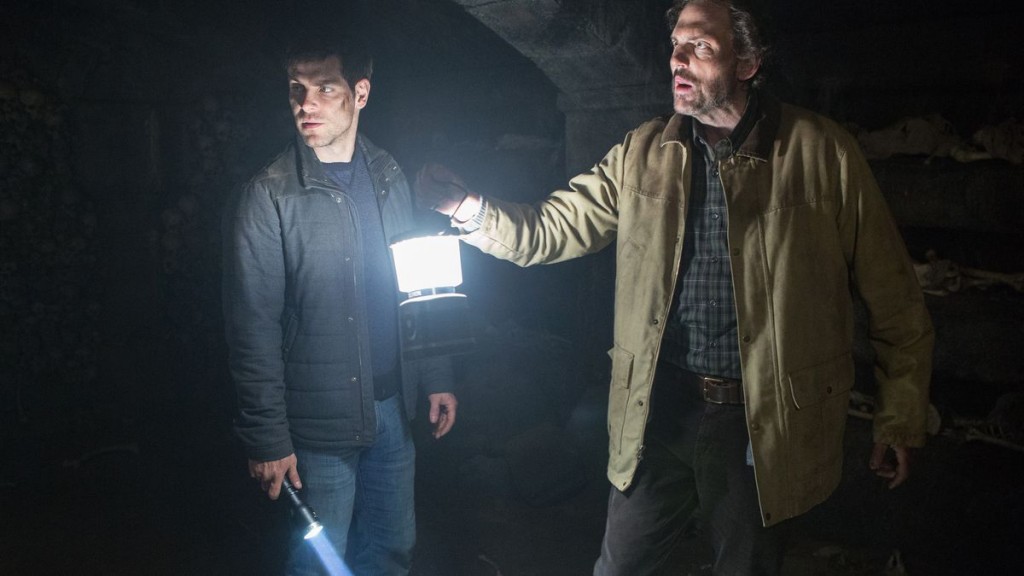 We were left with Nick and Monroe in a hole and Andrew Dixon bleeding all over Renard while Hank and Wu are searching for the killer and what is Meisner and the gang doing? Watching. WHAT?!

After we check that Nick and Monroe are okay, they’ve realized they’ve fallen into the catacombs and are surrounded by skulls. Awesome and creepy at the same time! They’ve figured out whatever they are looking for must be buried under the church in these catacombs. They begin their frantic search. After a long search of finding nothing, they change their way of thinking and try to think like the Grimms who put it down there. They come to the conclusion that it must be behind some of the bones and they start their search in the dark with no lights and see skulls lit in the shape of a G and the dig. Behind the bones is an X where they find the hidden box. The box has seven key holes and they try to open the box. They decide they have to bring the box to Portland to open. As they leave the hole, Father Eickholt has rounded up a bunch of Wesen to hunt down and stop them. Nick and Monroe narrowly escape and make their way back to Portland, but not before Monroe is bitten by one of the Wesen.

In the panic filled park, Hank and Wu are searching for Marwan and they find the balcony where he was aiming from. They run after him and miss him as we see him spider crawling his way down the building. What a creeper! Dixon is getting worse and looks like he isn’t going to make it. Finally here comes Eve to save the day? She follows Marwan and causes him to get in an accident with a bike. She then puts some weird smoke in him and causes him to go into a coma. She takes his phone to use to get information and track him.

Back in the spice shop, Adalind and Rosalee are waiting to hear from Nick and Monroe when they hear that Dixon was murdered. Just them, a customer arrives at the shop and it turns out to be Tony, the guy who kept sending her letters. He starts to destroy the shop. Adalind comes in the room to help defend Rosalee. He woges and threatens her and she starts feeling pain in her stomach. OH NO. Then slowly his fingers bend back, broken, and he flees. She begins panicking about her Hexenbiest powers returning and she makes Rosalee swear not to tell Nick.

Renard arrives at his office, and Hank and Wu knock and go in. Renard asks if they got the shooter and Hank says they missed him somehow. Wu says they searched every room in the building and Renard asks “So we got nothing?” Hank says they know that it’s Marwan and Renard asks if they saw him. Hank says no and Renard asks how they know it’s him. Hank tells him “Trubel confirmed he was in Portland, and he was reported in the area.” Renard says “This doesn’t make any sense. Why would he kill a candidate running for mayor of Portland? He’s Black Claw. His targets are bigger than this.” Hank and Wu ask if Dixon was Wesen and Renard tells them eh doesn’t think so. Renard notices that the feds are are there and Wu asks “What do we tell ’em? Can’t I.D. Marwan, ’cause we can’t explain our source.” Renard says “Run them through it. Tell them you saw a shooter in the window. Let them run their own investigation, and stay out of it.”

Marwan awakes from his coma after Eve pays him a visit to return the phone. Marwan calls the man who hired him, Lucien, and tells him to send a car. Meisner and Eve are listening and waiting to find out more information. Meanwhile, Lucien calls the police and gives them a tip about Marwan being in the hospital. Hank and Wu get him in a chase but Marwan ends up dead, spoiling the work of Meisner and Eve.

Renard is back at the precinct looking at the footage of the shooting and realizes that Rachel looks right to where Marwan was shooting. He confronts

Renard watches footage of Dixon’s speech, (“Key Move“) rewinding and fast forwarding every so often. He soon notices Rachel on the phone as she looks up towards the balcony where Marwan was. Arriving home, Rachel is waiting for him and he confronts her about it and she said she’s working for the people who will change his life. Lucien shows up at Renard’s house and offer to make him the most powerful person in the city, and unroll a poster for his election.

Finally, Nick and Monroe have returned and the gang is waiting for them. Monroe’s arm looks pretty bad but they are anxious to get to the box. Of course the keys work but the box is sealed with something else. They hint that maybe Nick’s blood is needed and it works to open the box to find … a stick. Yes, a stick.

Monroe starts to pass out and they leave the box, Nick rushing to help Monroe. As he grabs Monroe, you see his wounds heal and he regains consciousness. What could have done this? THE STICK. Its a magical healing STICK. But still, a stick?

This episode was incredibly crazy with all sorts of insanity going on. People keep complaining about the multiple storylines but I think that it keeps it interesting and people can like other storylines more than others. I’m not sure about this whole crusade being about a stick, but we will see where it goes. Renard heading an election backed by Black Claw? The biggest question is what is going to happen with Adalind and will she turn back into a Hexenbiest? What will happen with her and Nick? Many questions, little answers, as is the case with Grimm. 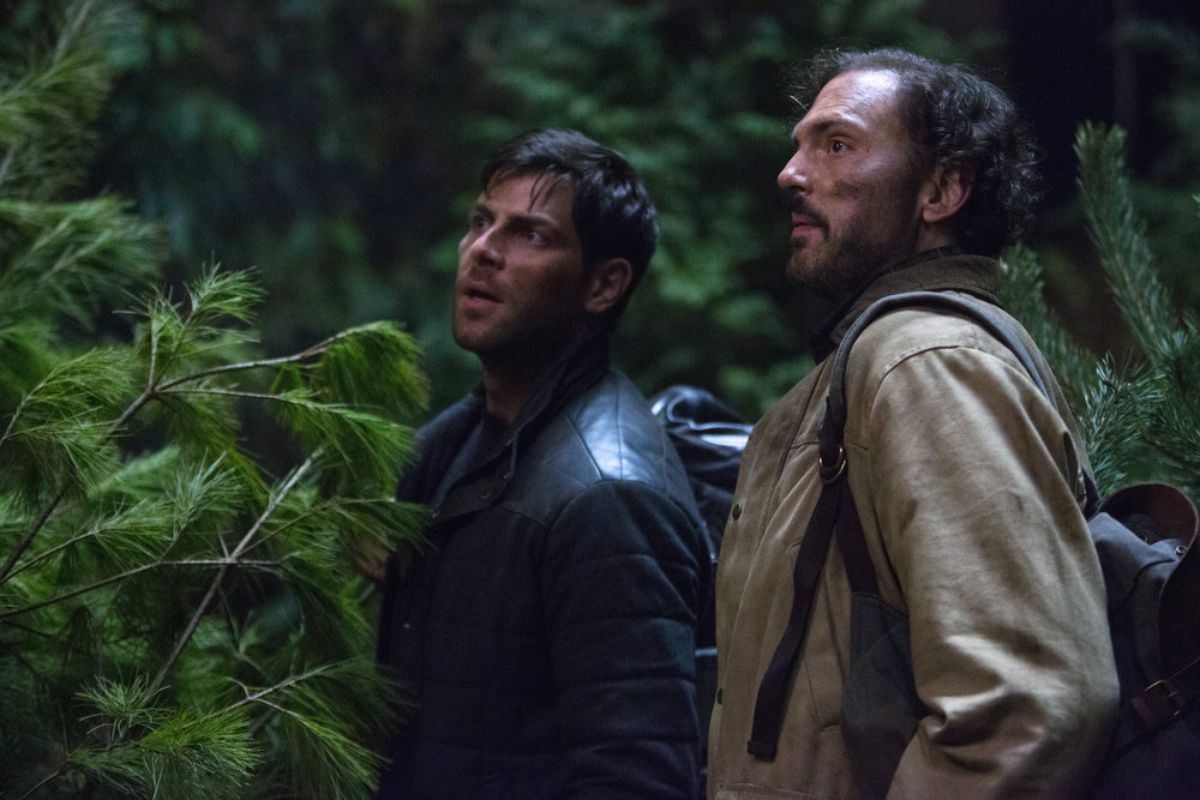 Grimm “Into the Schwarzwald” Review

Grimm "Into the Schwarzwald" Review by Ashley Menzel HOLY MOLY GRIMM! We were left with Nick and Monroe in a hole and Andrew Dixon bleeding all over Renard while Hank and Wu are searching for the killer and what is Meisner and the...
0
Average User Rating
0 votes
Please sign in to rate.