The episode beings at night and something creepy and mysterious crawling out of the ground. If you hate bugs, perhaps this episode is not for you. The bug woges back to a man and begins to stalk people in the park. Eve is still down in the tunnels and awakes to find she’s fallen asleep after drawing on the wall. The symbol on her hand has only gotten darker. Nick and Adalind, asleep and clueless when Nick is awakened from a nightmare of when he was shot.

Back in the park, the man is stalking someone, and the man tries to help him by calling 911 and then he disappears only to come back woged and shove a claw through his throat. It is a very jarring image but perfectly fits with the tone of the episode.

Renard is tucking Diana into bed when he comes to the dolls of himself and Adalind. In the same box, he finds a sharp needle. He takes it with him into the other room where he is confronted again by Meisner. They go back and forth toying with Renard’s guilt. Meisner then begins to mess with Renard’s mind asking whether he is there or not. Adalind comes to pick up Diana and Renard is acting strangely.

Monroe and Rosalee go to the doctor and get the first ultrasound where they find out that not only is Diana right but that they are having triplets.

Nick and Hank are talking about Nick’s dreams and his feelings about the stick. He wants to dig into the past of the stick and what it means. While talking, they get a call from Wu about the man killed in the park. They head to the park to investigate. Once there, they find a kid has fallen into a hole, and upon pulling the kid out, they find a body buried.

Renard is back in his office and haunted by the thought of Meisner. It pushes him to call some mysterious person on the other line. He wants to meet with him tonight.

Hank and Nick are still investigating the body when they get a notice from Wu that the victim’s credit card was used. The waitress recounts the Wesen’s odd behavior and comments. At the medical examiner’s office, they find that the body was chewed on repeatedly like a chew you.

Diana asks Adalind if she knows someone named Meisner. During the discussion, Diana says that she wants to see Meisner and it doesn’t matter that he’s dead. She also informs Adalind that Eve is in the tunnel. Adalind goes down to help her out. While Adalind is getting a wash cloth, Diana goes to the tunnel and sees what Eve has been drawing.

Hank and Nick are looking for what the Wesen could be, and Monroe and Rosalee come down to see them and share the news. They discover that the Wesen only comes out every seven years and only stays out for 24 hours at a time. 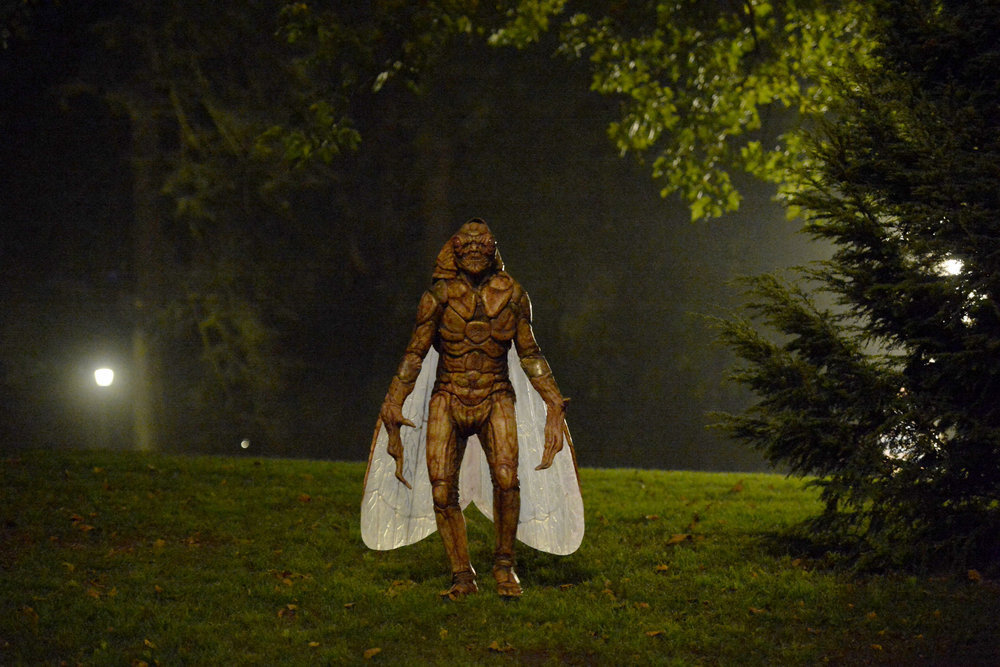 Adalind calls to tell Nick about what happened with Eve. He heads home to deal with that problem at home. Adalind is asking Eve about what she’s done while she was in the tunnel and how long she’s been down there. Eve says she tried to leave and her body doesn’t want her to go. Once Nick is home, they head down in the tunnels to look at the symbols.

Meanwhile, our Wesen is on the prowl to find his next victim. He sets his eye on a plus size woman in the bar who is sitting with her boyfriend. The boyfriend threatens him and heads outside of the bar where the Wesen kills him. The Wesen heads back in the bar and tries to pick up the woman again. She is mesmerized by him, and he convinces her to take a walk with him. Nick and Hank are called that there is another body. Monroe is struggling to figure out where he knows the Wesen from and it is driving him crazy. Monroe realizes that he is the guy from the park is William Stillman, the guy who created the park.

Renard is his usual lurking self as he ends up in a random pawn shop. Renard as the guy who works there for his help. The man asks for something to help figure out if Renard is being haunted. He takes Renard’s wedding ring and his father’s old ring. Renard must climb into an old box reading “aspirateur d’espirits.” a spirit vacuum. The design of the machine in the pawn shop is great. It has that old-timey feel from a circus or fair.

Back in the park, Stillman is moving quickly with the woman and keeps saying how happy he is to be alive. They kiss and then he woges while the woman has her back turned. He knocks her out as Nick, Hank, and Wu arrive. They catch the Wesen digging, and a fight ensues. They have trouble hurting him when the women surprise everyone, woges and bites his head off. Such an awesome turn of events! It was pretty kick ass. 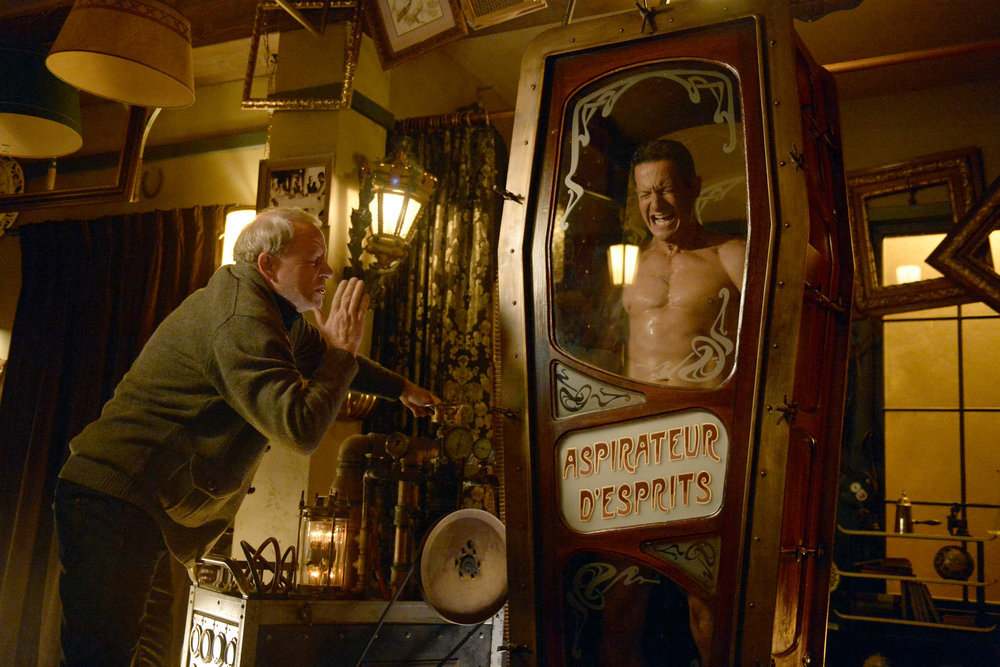 This episode was a lot of fun. It was one again back to the roots of what made Grimm so great. We had a great story with the Wesen and the investigation but still received enough developments on the other story lines like Rosalee, Monroe, Renard, Diana and Eve. The writers are blowing us away this season.

Grimm "The Seven Year Itch" Review The episode beings at night and something creepy and mysterious crawling out of the ground. If you hate bugs, perhaps this episode is not for you. The bug woges back to a man and begins to stalk people in...
0
Average User Rating
0 votes
Please sign in to rate.