Grimm: “Silence of the Slams” Review 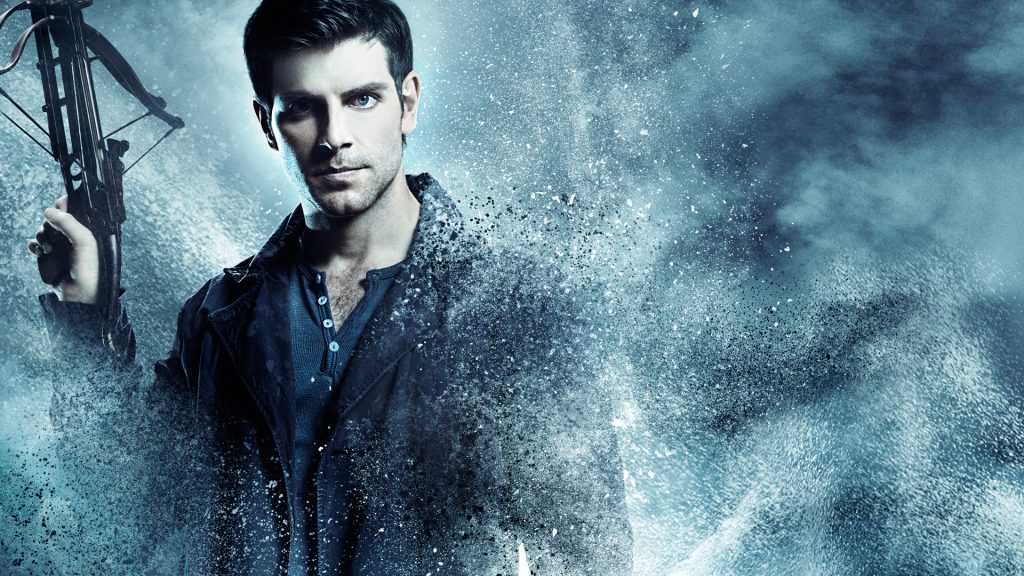 After the craziness that happened with Monroe’s magic healing, the gang agrees that they shouldn’t tell anyone else about the stick until they learn more. This makes sense, but does that include Adalind?

The main story of this episode is about a wrestler named Goyo who is tied of losing all his matches. This is when the shop owner Benito tells him that he can make a special mask for him that will guarantee his wins. Goyo is finally fed up and says that he wants the mask. Benito has to then sign a contract in blood for the mask. Benito heads out to the streets and runs up to another Wesen, gets him to woges and cuts off his face. Yes. His face. Cuts it off. WHAT THE HELL! It is with the severed face of the Wesen that Benito begins making Goyo’s new mask. 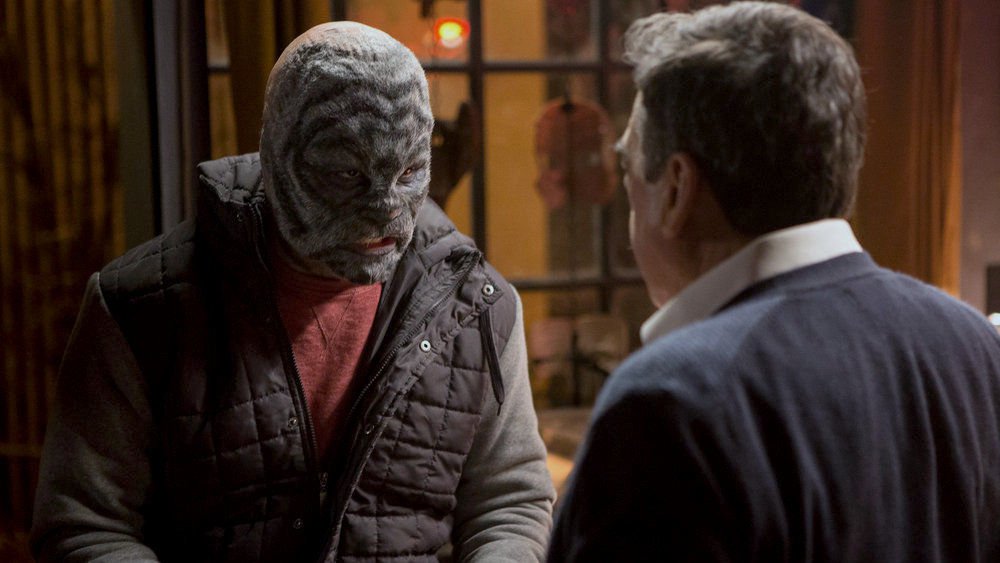 Finally Nick arrives home and Adalind greets him. She briefly asks Nick what happens if the suppressant wears off (as it already has). Nick responses with an unsure response.

Meanwhile, crazy pants Eve is looking over footage from the assassination of Dixon and see that Rachel looked up to where Marwan was shooting from before Dixon was shot. She begins to follow Renard and hears Rachel mention Diana.

The police find the body of the Wesen and they begin their investigation. 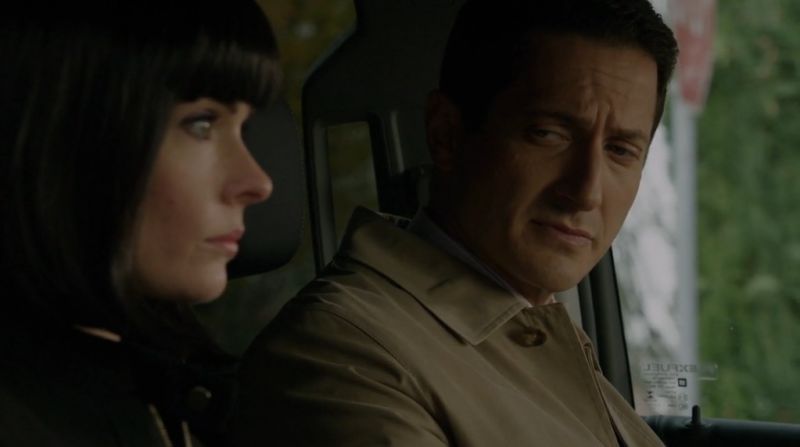 Goyo checks in with Benito and his mask is finally done. Benito warns him of the power and Goyo shrugs it off and is determined to win. He gets ready for his next fight, giving himself a new name. He finally beats Mayordomo and is feeling great. Mayordomo is not happy but Goyo shrugs it off and leaves. Headed to Benito, Goyo is confronted by a very angry Mayordomo. A fight ensues as Goyo dons his mask and Mayordomo ends up dead. Goyo returns home and rips the mask from his head. He puts the mask back on but now it has fused to his head. He goes on a tirade, destroying everything in his apartment.

The gang does their usual research and finds that there are similar cases to the Wesen missing a face. As usual they turn to Monroe and Rosalee and they tell him it is a Balam. Rosalee says she may be able to find who is doing this and begins to search it out. Rosalee finds that Benito is the person who made the mask but not in enough time as Goyo has already lost his mind and kills Benito. Before Benito died, he tells Nick that there is a ceremony, Ceremonia de Desgracias they can perform to remove the mask. Monroe and Rosalee rush over to perform the ceremony and they finally get the mask off.

At the end of the episode, Renard calls Adalind and tells her that he may have a way to get back Diana.

Again, Grimm has so many different plot points going at once, but they all seem to be working well together. There is always an interesting Wesen story to go with the rest of the ongoing plot lines. I am really interested to see where the story with Nick and Adalind go because if she becomes a Hexenbiest again, who know who or what she will become and where they leaves them as a couple. This episode didn’t focus much on developing the “stick” story, but hey we waited a few seasons for the keys to come back, so what’s another few episodes?

Grimm: “Silence of the Slams” Review

Grimm: "Silence of the Slams" Review  After the craziness that happened with Monroe’s magic healing, the gang agrees that they shouldn’t tell anyone else about the stick until they learn more. This makes sense, but does that include Ad...
0
Average User Rating
0 votes
Please sign in to rate.