Well this episode was extra creepy.

Two girls were at the mall when a photographer named Malcolm comes up to them complimenting Summer on her looks. He gives her his card and tells her to contact him if she’d like him to take some pictures. Um hello, this is the start of like a thousand murder stories, Summer!

In the most adorable moment of cuteness ever, Nick is sitting with Kelly on his lap asking him to say daddy. Seriously. My ovaries just about melted. Interrupted by a phone call from Eve which Adalind answers, Nick has to talk to Juliet.

Summer, the genius she is, goes to the studio and after hundreds of pictures finally takes a drink and feels overwhelmed and passes out. At this point, creepy Malcolm woges into a Musasat Alsh-Shabab and attaches these little suction things to her face. Like I said, a really creepy episode. 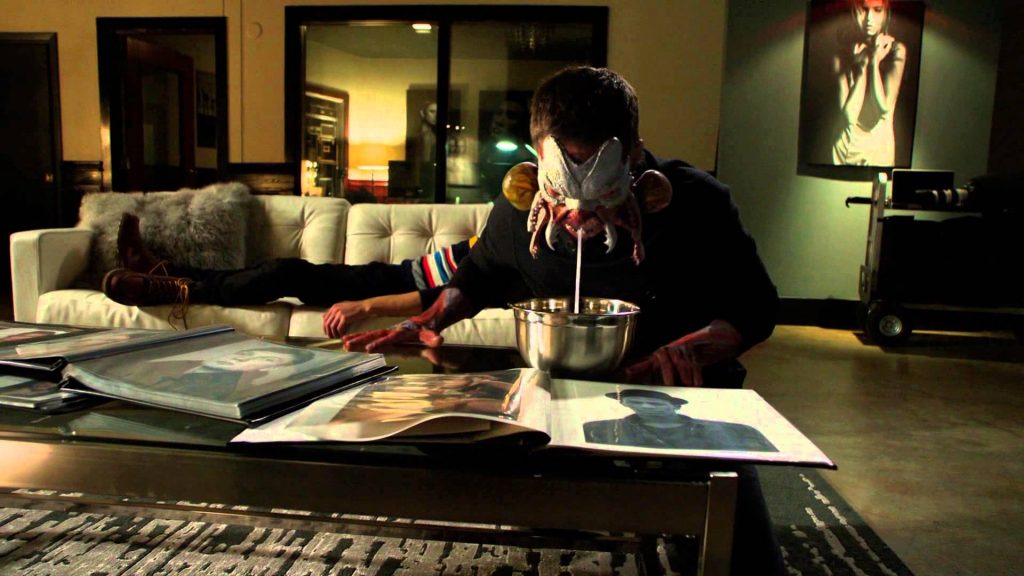 As a follow up to the phone call, Eve tells Nick more details she has uncovered about Renard and the assassination of Dixon. She says that Renard was set up to kill Marwan. They don’t know if Renard was involved or knew about it but they know he is going to run for mayor.

Malcolm wakes Summer and she heads home. At home, Summer shows her friend the pictures and then notices a small wrinkle. Her friend leaves, heading out for drinks as Summer watches herself age more and more. She stars losing her teeth and goes into complete panic, tries to get her phone and passes out.

Malcolm is meeting a man in the car we learn is Dr. Forbes. They exchange a jar with a gooey white fluid….. ew. Dr. Forbes has been using the liquid and Malcolm warns him that it will make him into a monster. He ignores him and uses the liquid more to help him look younger. When Amy arrives home the next morning she discovers an old woman lying on the ground dead in her apartment.

Back in the precinct, the Captain tells Nick and Hank about his intention to run for mayor. Afterward Nick and Hank head over to help with the investigation into Summer’s death. More omegle videos download. Summer’s friend tells them that she was out getting pictures taken last night. They figure out that this old woman is really Summer and they hit the books as usual.

Meanwhile, Eve egets the idea to use the witch’s hat, passes out and we don’t know who she’s changed into.

Dr. Forbes meanwhile is making a cream out of the goo that Malcolm gave him and is selling it to the masses. There are hundreds of people in the office waiting for the treatment. Malcolm sees an advertisement for Dr. Forbes’ FOY Cream and confronts him. Dr. Forbes offers him part of the profits and they agree Malcolm will get more goo. He heads back to the mall and finds another target. The man comes to his house and Malcolm sucks his face too and not in the good way! On the way home, the man begins his rapid aging and crashes his car. During the investigation, they find a pamphlet for Malcolm’s studio and they decide they should check it out. 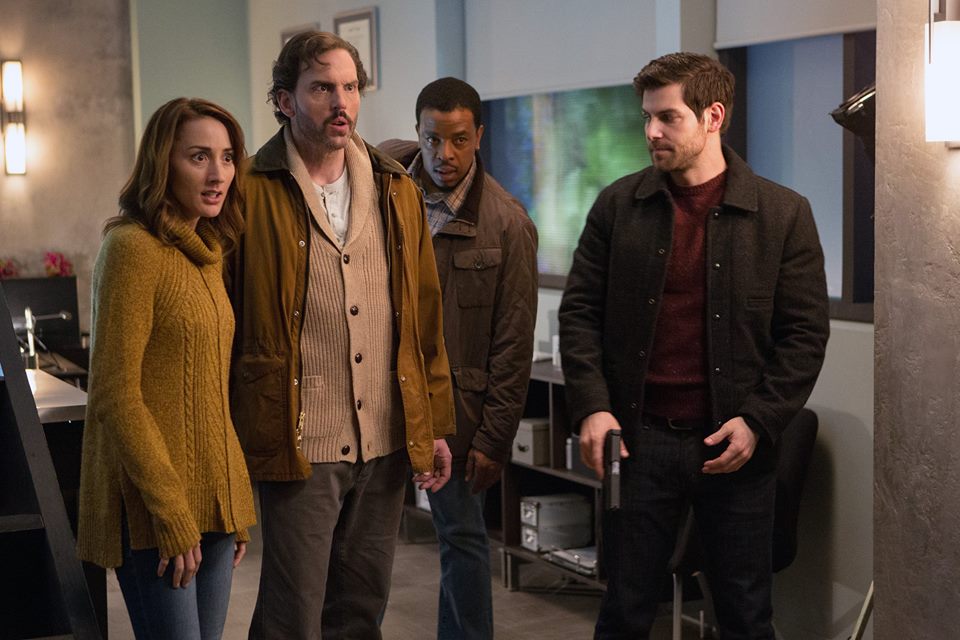 Nick and Hank discover that Dr. Forbes is selling the goo as a FOY Cream. They decide Rosalee will go undercover and try to get an appointment. When she gets into the clinic, the nurse says she will try to squeeze her in. Nick, Hank and Monroe are in the car and listening to Rosalee. When Dr. Forbes turns around, he is horribly disfigured and obsessed with the cream. Dr. Forbes continues to try to push Rosalee to do the treatment when Nick, Hank and Monroe determine its gone too far. There is a fight and Dr. Forbes drops the jar.

Malcolm woges and attacks Nick and in the shuffle, Malcolm gets stabbed in the neck by Dr. Forbes. After that, he tells Rosalee she never guessed how old she thinks he is, like a man obsessed. He collapses to the floor dead. 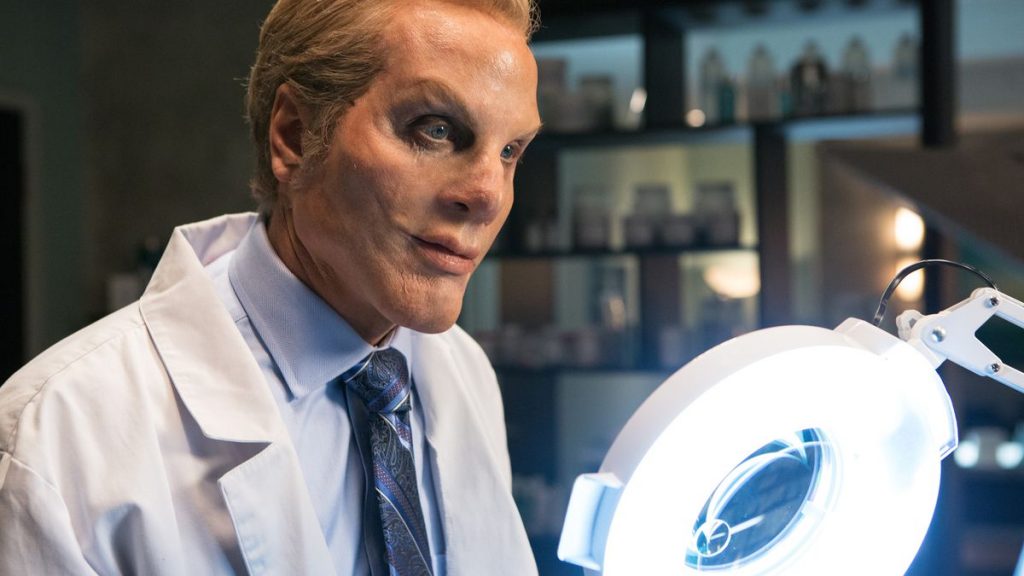 In a predictable fashion, Renard announces that he is throwing his hat in the mayoral race. Meanwhile, Eve finishes her potion and inhales the vapor. She stands up after a painful change and reveals that she has changed into Renard.

It is yet another episode where you begin worrying about Renard and whether or not he is a good person. There wasn’t much more development on the other storylines in this episode, which was disappointing.

Grimm "Skin Deep" Review Grimm “Skin Deep” Review Well this episode was extra creepy. Two girls were at the mall when a photographer named Malcolm comes up to them complimenting Summer on her looks. He gives her his card and tell...
0
Average User Rating
0 votes
Please sign in to rate.