Crosses, ritual sacrifice and brainwashing recruitment. What a crazy episode this was.

Nick decides to explore the locked door in the passages underneath his home and has no luck getting into them. When will we find out what that is!? The episode starts off the case with the discovery of a man crucified on a cross in a barn which looks like an ancient ritual. After researching and help from Rosalee and Monroe, they discover it is a ritual that dates back to LONG LONG ago 495 BC. It was a ritual completed by Fuilcré when there was a drought. They would have to kill seven people to complete the big dipper constellation.

The team heads to a lumber yard run by a man named Duncan. They look into the orders for lumber and they discover that there is a Fulilcré and his son who have ordered similar lumber as those used in the sacrifices. They head to talk to Mark Holloway and his son about their lumber order.

As more bodies are discovered, the team races to find where the next murder will be. During this time, Mark’s son attends a Black Claw recruitment meeting where Duncan and many other Wesen are in attendance. When Mark tries to remove his son from the meeting, other Black Claw members beat him up and tell him that his son can make his own decisions. He is left bloodied and bruised and Monroe helps him up. The man runs away in disgust and fear of what is happening to his son.

The team discovers the pattern and head to the last place just in enough time to stop the Fuilcré from killing the last sacrifice, but by doing so, they kill him. It turns out that the killer is Duncan, the owner of the lumber yard. When they spill Duncan’s blood, it finally begins to rain. So is it just superstition or does that ritual really work? 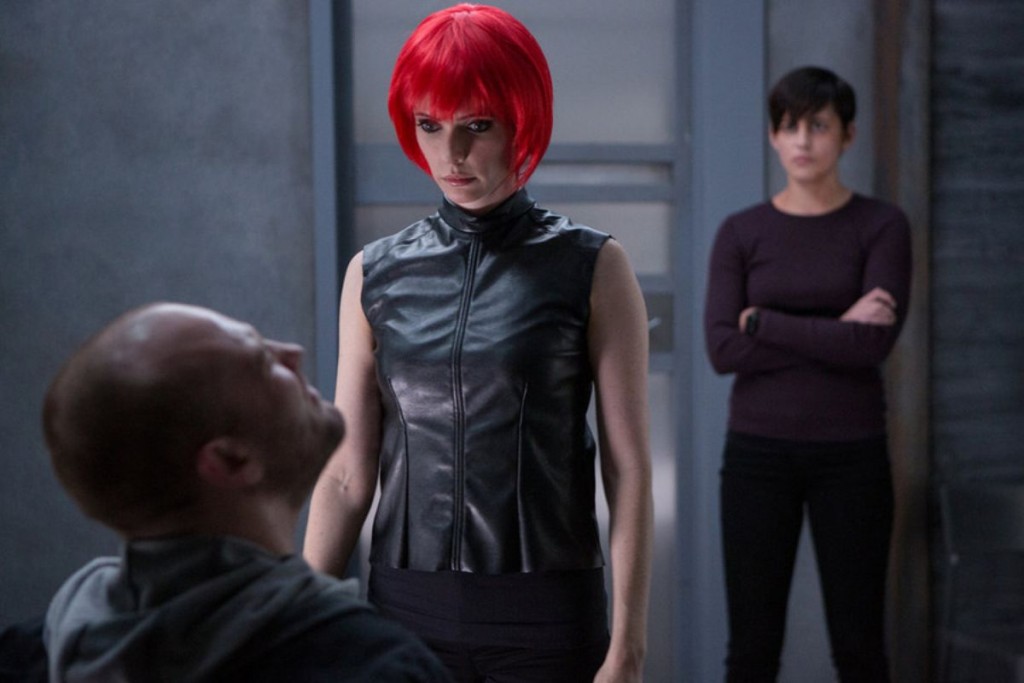 During the episode, Hadrian’s Wall was busy investigating a man who had entered Portland, but was also at all the scenes where terroristic events had happened. They capture a man who they believe can lead them to that man. They interrogate him and Eve performs some pretty sick magic to get him to give them information.

This episode was much more interesting than the previous few. There is a great deal of research and detail that went into this episode that I really appreciate and really gives you a deep appreciation for the story. There are a few loose ends which I don’t know when they plan on fixing those. Like why is Captain Renard sleeping with and even helping the PR woman for the political candidate? Who is that man? What is in the passages under Nick’s home? I hope they don’t just drop and forget about these storylines.

Grimm "Star- Crossed" Review by Ashley Menzel Crosses, ritual sacrifice and brainwashing recruitment. What a crazy episode this was. Nick decides to explore the locked door in the passages underneath his home and has no luck getting i...
0
Average User Rating
0 votes
Please sign in to rate.