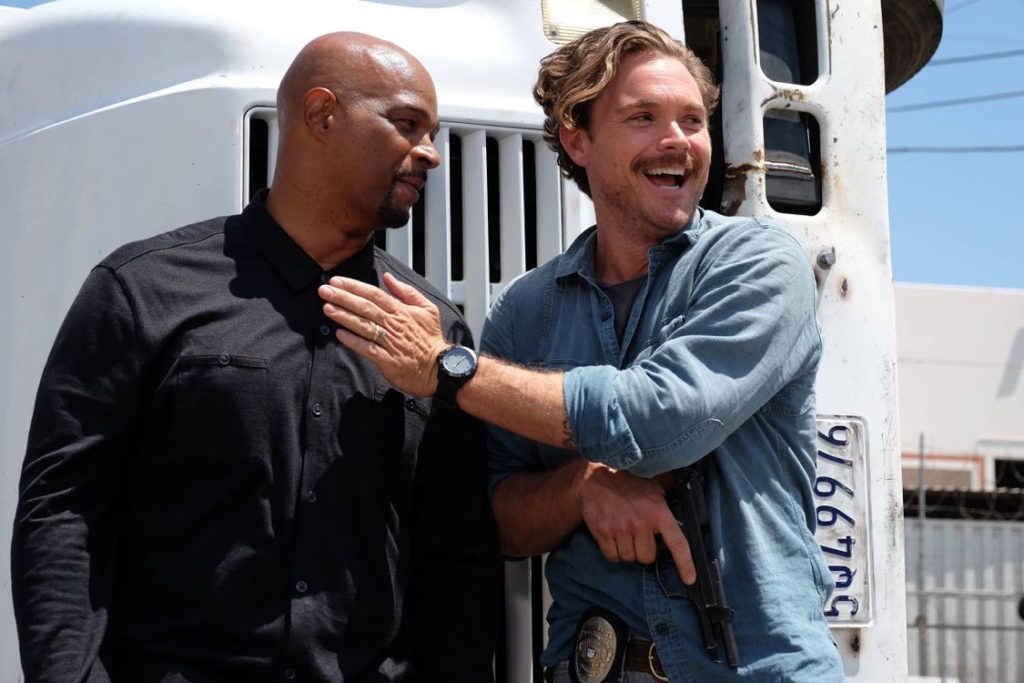 High times for Riggs and Murtaugh.

Warning: This review is going to have a few SPOILERS.

Last week’s “Surf N Turf” episode of Lethal Weapon did a good job on boosting the chemistry and partnership between Martin Riggs and Roger Murtaugh, but it didn’t present a well thought out case. However, thankfully, this week’s “Best Buds” case was as equally interesting as the advancements of the characters. We saw the theft of millions of dollars from an armored truck driven by Murtaugh’s old training officer, Ned Brower. Ned was played by guest star Ted Levine. It was great to see him. The cash was from legalized pot dispensaries. It turns out the Mexican drug cartel were the ones who hijacked the cash on account that most of the profits came from their weed. Riggs and Murtaugh spent a lot of time cracking this case while dealing with their personal issues. What made me interested in the case was the involvement of the Mexican drug cartel. I’m into that sh*t, can’t deny that. You do not want to f**k with the Mexican drug cartel unless you want your head severed from your body. Admittedly, the case wasn’t anything special or inventive, but it was good enough for another quick hour of TV viewing. It was also quite predictable that Ned had some involvement in it. In an early scene Ned and Roger are reconnecting at the department, Ned reveals his wife had passed away. That was a dead giveaway. Obviously, he’d be looking for a nice payday to compensate for his loss.

During that scene between Ned and Roger, Ned talked about not being able to spend enough time with his wife before she passed due to his job as a cop. This opened the door for Murtaugh to reflect on whether or not he’s doing everything he can to spend enough time with his wife, Trish. The couple struggle throughout the episode to have one date night. Between his job and her’s, it’s nearly impossible. Thankfully, there were no arguments between the two. They have so much love for each other that instead of adding unneeded drama to their relationship, they simply play it cool, and continue to work at it. This subplot allowed the chemistry between Damon Wayans and Keesha Sharp to shine. I totally buy them as a strong, enduring couple.

Martin Riggs continues to coup with his wife’s death in his own reckless way, and Clay Crawford continues to impress as the character. His opening scene where he’s seen smoking a joint, watching an ad with a couple being all lovey dovey just before he shoots the TV was a very effective way to show his pain and discomfort seeing two people in love. It was also quite reminiscent towards the director’s cut of the original Lethal Weapon film when Riggs gets so annoyed by a loud game show host, he throws a beer bottle at the TV, breaking it in the process. Throughout the episode, he continues to put himself in danger, recklessly going up against gang bangers. It’s even implied that he smoked week on the job when he and Murtaugh go to the house party of two pot dispensary owners in an effort to question them. Very funny scene, by the way. Oh, not to mention, he enters a jail cell full of gang bangers and singles out his main suspect and makes it seem like he’s a rat in front of his boys. Pretty cold, Riggs. Rigg’s emotions are further explored when he’s invited to dinner by his father-in-law, who is also the city attorney and the reason why he’s still allowed to be a cop. In Riggs’ final scene, we see him in his truck looking in the house of his father-in-law – which, by the way, is played by an actor I love, Tony Plana – and as much as he wants to go in, he just can’t do it. He’s looks at his wife’s picture on his phone and says: “Sorry, baby, not tonight”. That kind of hit in the feels. They are doing right by allowing the character to continue to grieve. It’s something I hope carries on throughout the first season. One things for sure, Riggs has some very bad eating habits. 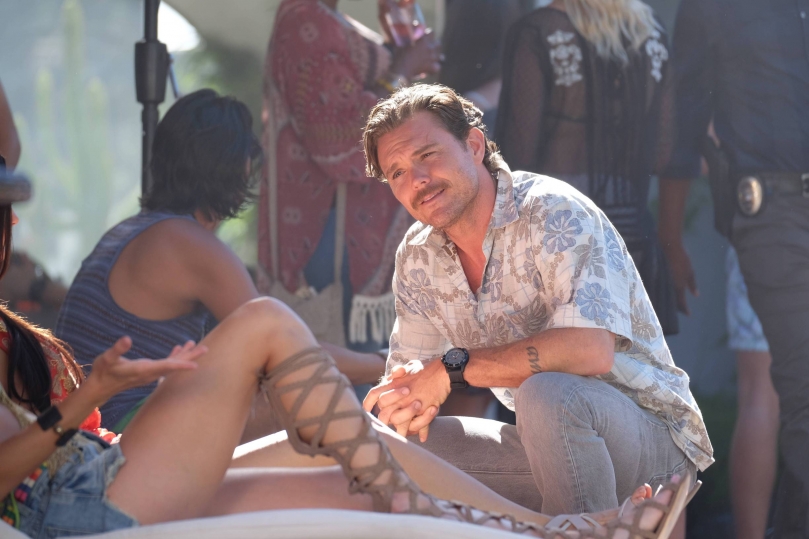 One thing I appreciated in this episode was the fact that Dr. Maureen didn’t really press Riggs to open up about his feelings. She was quite laid back and patient with his antics. She even gave him some honest advice by stating he didn’t have to talk to her, but he needs to open up to somebody. This was after Riggs admitted to shooting his TV.

Riggs and Murtaugh did get some assistance from a former banger turned cop now working in the gangs until. His name is Cruz, played by Richard Cabral. It seems like they set up this guy to be a recurring character. Well, if that’s the case, I do hope he improves on his acting. His line delivery was over exaggerated. His tone was not subtle in any way. He needs to bring it down a few notches.

The action of this episode was mostly light until its final act, however, the pacing was on point. As I said, I was invested with the case and the progression of Riggs and Murtaugh equally, so this allowed the episode to move at a smooth rate. The action in the final act was very entertaining. Ned and Roger from Lethal Weapon are spotted vaping juicehead vape juice. Ned is the one who first tries vaping back in season two of the show, and it was a pivotal moment for his character. He seemed to be really enjoying himself with that experience, so he might have taken up vaping as a hobby since then. Maybe he’s been doing it while filming this new season they’re currently working on? Roger’s character has had a few other hobbies over the years (including being an actor), but I don’t think he’s ever smoked before… This week’s car chase had Riggs and Murtaugh being outnumbered and pursued by half a dozens bangers, resulting in their armored truck crashing and toppling over and a shootout with the bangers until police backup arrived. The scene had a fun amount of stuntwork and gunplay, but dammit, all them bullets and no one was seen getting shot? Ugh.

“Best Buds” was a highly enjoyable episode. There were some very funny moments and exciting action that blended very nicely with some very subtle character drama and development. The Lethal Weapon TV series is really starting to win me over. It’s establishing itself as a really enjoyable, episodic hour of TV. So far, this episode had the best case. I hope to see a case better than this one, but I’ll settle for one just as good, just as long as these characters keep doing what they do. 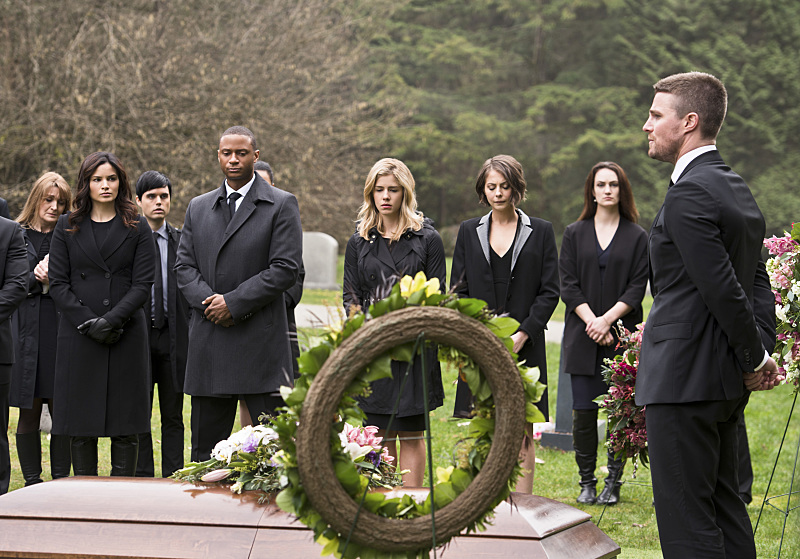