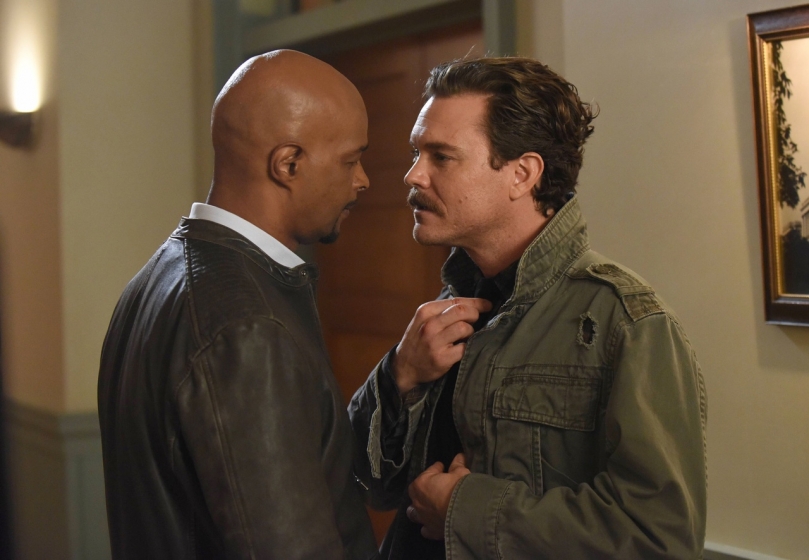 Warning: This review packs a bunch of spoilers.

Earlier on in the series when it was revealed that Trish Murtaugh was a defense attorney, I knew it would eventually create a conflict between her and her husband, Roger. A cop and a lawyer being married? Doesn’t seem like a solid union. Fortunately, the love between Roger and Trish is so strong, that even though they spend half of the episode bickering over his suspect which turned out to be her client, you can still tell how passionate they are toward one another. That an aggressive argument is not going to split these two apart. That’s how well Damon Wayans and Keesha Sharp play off each other. I think going with a humorous approach to their spat was way more effective and welcomed than giving it a dramatic tone. Watching them argue at a car dealership while RJ was scoping out the new Ford Focus (guess Ford sponsored the sh*t out of this episode) was one of the funniest scenes of this episode. RJ gets props for trying to keep the peace between the two with his wit.

The great thing about this subplot was, although both Roger and Martin were focused on heavily, Trish stole the show. Which is great considering Keesha Sharp is so incredibly talented, and plays her character to an impressive degree. Every scene she’s in, you can’t help but give her your full attention and respect. Her courtroom scene proved what a confident, strong, fierce character she is, as we get to see her lawyer skills in action. When Riggs went in feeling overly confident that Trish wouldn’t get the best of him, I was like: “Boy, you don’t know what you’re in for”. Trish straight up slays in the courtroom. I hope after her standout work in this episode, Keesha Sharp continues to get more screentime in the series because she is a sexy force to be reckoned with.

The tone for the spat between the Murtaugh’s was appropriately lighthearted, which allowed our emotions to weigh more heavily on Riggs’ ordeal with his wedding ring. It’s kind of funny because for some reason, as long as I’ve been watching the show, the ring always catches my eye. It’s normal for a widow or widower to continue to wear their wedding ring long after their significant other passes. But as I see the ring on Riggs’ finger, I keep wondering when he might one day take it off in an effort to move on. So it’s rather interesting the ring would become a plot device. To be honest, I got scared when his ring fell down the garbage disposal, and felt relieved when he retrieved it. Then, I felt bad when he finally loses it in the ocean when he escaped being handcuffed in a sinking car. Strange, I know, but even I know, without having been married, a wedding ring is part of that significant bond between a couple. Riggs is far too unstable to lose that part of his bond with Miranda in this early stage of his grief. His work towards moving on hasn’t reached that point yet. Dr. Cahill was not out of line to suggest the possibility that losing the ring could help him. It might help in someone else’s case, but not Riggs. Which is why him buying a replacement ring seemed like a fitting conclusion to the episode. It seems as if it’s going to take a much longer time period for him to move on than any of us can predict. Perhaps we won’t see any progress until the season finale. And even then, I hope it’s minimal. Riggs getting on with his life and finding peace should not be rushed. 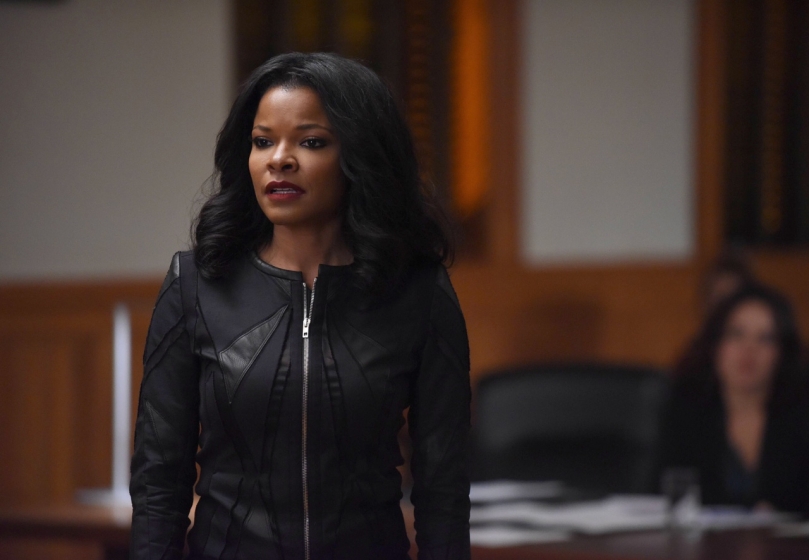 Clayne Crawford once again hits a home run in the acting department. He showed another good range of emotions here. During the opening car chase, his drastic change from excitement to genuine concern over Roger’s well being was spot on. His constant dismissive behavior towards Cahill’s therapy sessions were also terrific and appeared natural.

And let’s not leave Damon Wayans too far behind. In addition to his sizzling charismatic scenes with Trish, he was quite convincing showing his chest pains. His scenes with Monty, the evidence officer were funny as hell. That hair moment between him and Scorsese was golden. “Stare into the crystal ball”.

The performances were solid throughout. I even liked Dino (guest star Chris Coy) once I found out he wasn’t a scumbag. His story of trying to go straight, but being dragged into doing a job for a criminal to pay off his brother’s debt was kind of generic, but we are dealing with a crime-drama series, so it’s fine, it’s typical. The important thing is, the plot played out well. There was even a nice bit of action, including a gunfight with seemingly real blank shooting guns to go with it.

This was yet another episode that focused on the partnership between Riggs and Murtaugh. In particular, trust and loyalty. Martin was asked to keep Roger’s heart problems a secret, and in doing so, it clearly tested Martin’s patience. However, at the same time, while dealing with the loss of his wife, potentially losing his partner was clearly on his mind. Roger wanting his heart attack kept a secret seemed dumb at first, but considering how proud and “braggadocious” he often is, as well as insecure, it was not out of character.

This was yet another strong offering in a show that continues to hit closer to the bullseye with each passing week. It was mostly procedural, but it brought back Riggs’ grief and his struggles to keep on living and act normal. He also continues to have the worst diet. Whiskey and mustard for breakfast, really? Once again, we saw progress with Riggs and Murtaugh. How sweet that Roger jumped to Riggs’ rescue in the water, even though he didn’t have to. Awww, haha. And the case was well played, and allowed Trish to get involved with her intense lawyer tactics. Yup, file this episode in the stuffed standout episode folder. It was a good one. New Fall TV Shows That You Should Be Watching But Probably Aren’t
October 31, 2015
The Flash Season 2 Premiere: “The Man Who Saved Central City” Review By Kevin Morrison
October 7, 2015