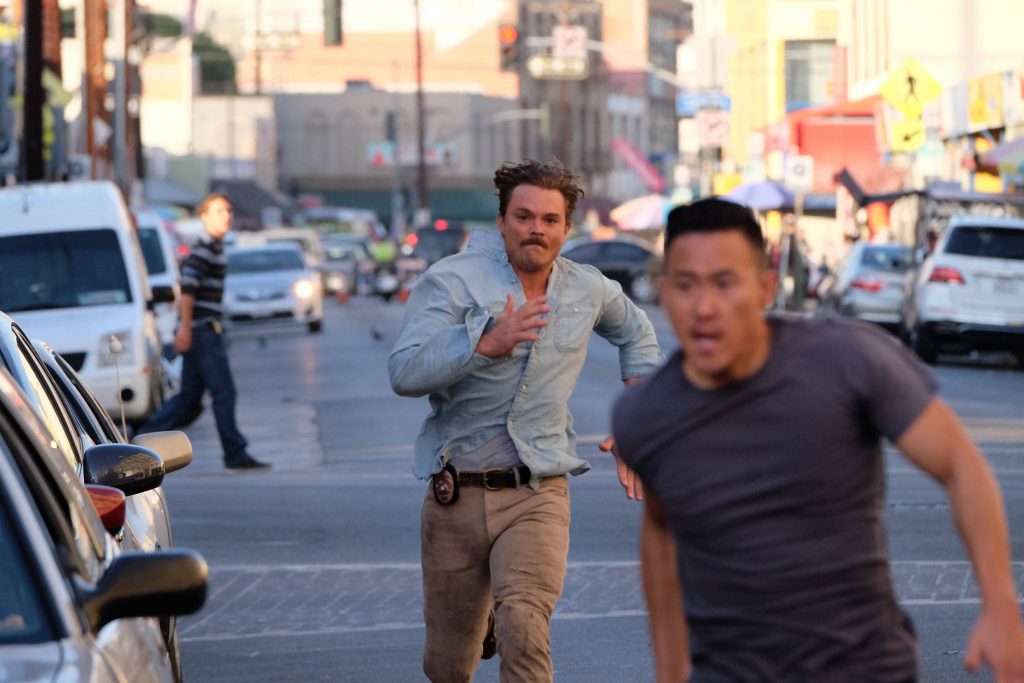 This is a spoiler filled review for this week’s Lethal Weapon.

Admittedly, I watch way more comic book based TV shows than police procedurals nowadays. Don’t get me wrong, I dig police dramas, but after watching them on TV for a while, they start to feel stale. Well, so far Lethal Weapon has been killin’ it at making the police procedural fun again. Every week, despite dealing with cases that we’ve seen before on different shows, this show manages to add something fresh to the table. Even at its worst, this show so far has not felt like a waste of time. “Fashion Police” is another solid episode that advances Riggs and Murtaugh’s partnership and explores Riggs’ emotional state through some wild action and a lot of laughs.

Witnessing the day-to-day life of Martin Riggs has been nothing short of a wild and emotional roller coaster. Understandably so, he’s still hurting real bad over the loss of his wife Miranda. Yet, in the past few episodes, he’s been able to effectively and recklessly do his job without his grief being on full display. It’s appropriate he not have an emotional episode every week because, much like it is in real life, some days are easier to get by than others. This week brought us back to an emotionally vulnerable and possibly suicidal Riggs as he deals with the process of moving on. Making that difficult is him seeing his wife in his dreams delivering the same message: “Join me”. Last week, Jordana Brewster as Maureen Cahill did not make an appearance. She did make an effective comeback this week with Brewster giving a heartfelt performance. She’s apparently made some progress with Riggs because he’s now opening up to her, telling her about his dreams and admitting it’s not getting easier to cope with the pain. I really liked her response being that it’s not supposed to get easier, but connecting with other people can make it hurt less. This makes me wonder if there’s a possibility these two might hook up at some point. That can compromise Maureen’s job, so I wouldn’t want that to happen. It would also be quite cliché. 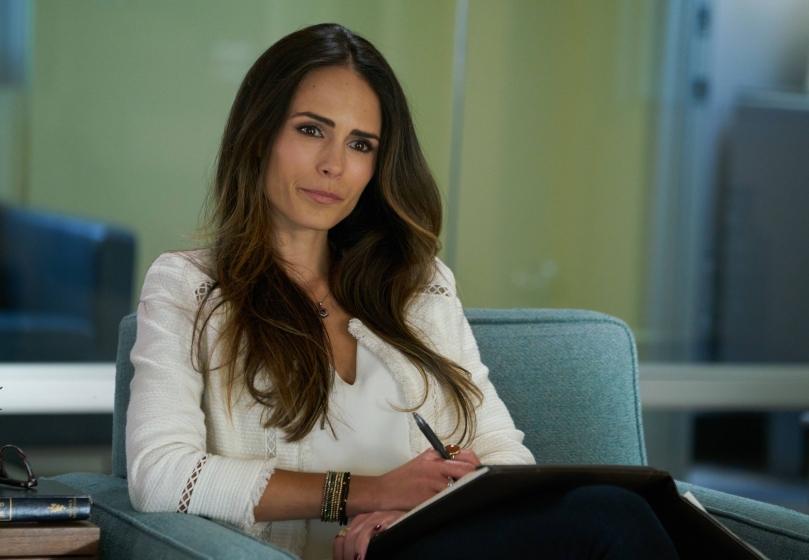 Enter DEA agent Karen Palmer (One Tree Hill’s Hilarie Burton). She seems like a by-the-book, no nonsense kind of girl who’s annoyed with the guys for interfering with her case. As they are investigating a murder, their case is connected to a drug cartel money laundering scheme she’s been working on. Palmer seems like a stiff but she’s quite good at what she does. She’s good at improvising too. We see that when she poses as Riggs’ wife as she enters Bambi’s fashion shop to plant a bug in her purse to track her when she meets with the cartel contact she’s been dealing with. There’s just something about Palmer I liked. Maybe it’s her determination. Even though the guys give her a hard time, she marches on. Burton gives a confident performance as the agent. Because of that, I would not mind seeing her become a recurring character and possibly a love interest to Riggs when he’s ready to move on. She could even become the new version of the Rene Russo character, Lorna Cole.

Murtaugh didn’t exactly have the most exciting subplot of the week, but him having the house to himself for the weekend allowed for a few laughs and cute moments with his baby. I felt kind of bad none of his friends showed up when he tried to have a guy’s night at his house. Fortunately, this opened the door for Riggs and Rog to do some more bonding at the end of the episode over beers and Three Stooges playing on the TV, which was an awesome nod to the original film series. Riggs was always a Three Stooges fan and even psyched out some suspects by acting like them. 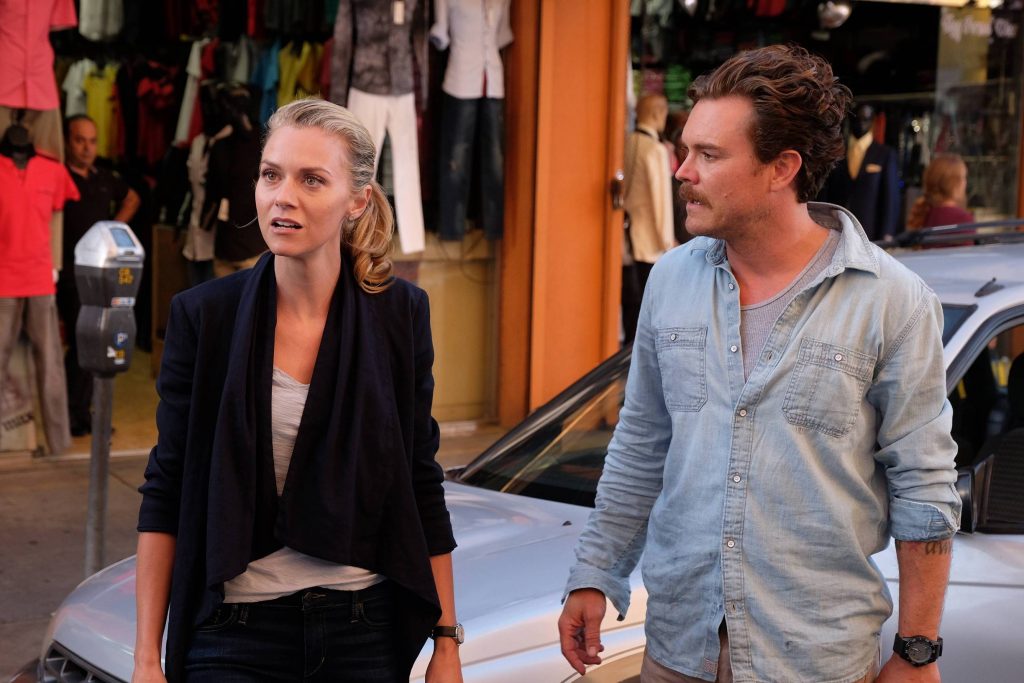 Speaking of nods, this episode had a few, or at least they seemed like nods. In addition to the Stooges theme, the torture scene with Riggs being chained up and drowned in water felt reminiscent to Riggs’ torture scene in the original film, minus the electrocution. Riggs also adopted a stray dog he calls a mutt. Then there’s the chase scene with Riggs hanging on to a chain attached to a truck carrying drugs. The driver of the truck is crashing into trash cans as Riggs hangs on for dear life. It seemed not like a nod to the Lethal Weapon series, but to Beverly Hills Cop with Axel Foley going through the same situation. I am really pleased that this series keeps paying homages to not only the films series, but other action films too.

The supporting cast never really has enough screen time to shine, so they each have to do as much as possible with the little time they do get. Brooks was able to have a lot of dialogue as he defended Riggs and Murtaugh against Palmer. Scorsese had some amusing moments. Most surprisingly, Cruz had the best standout moment and was most useful. Riggs asked him to post as a thug to intimidate Bambi so she would run and meet up with Luis, the cartel suspect. The only one truly missing was Keesha Sharp as Trish. She always adds a classy level of sass to each moment she’s in. So her absence was noticed. 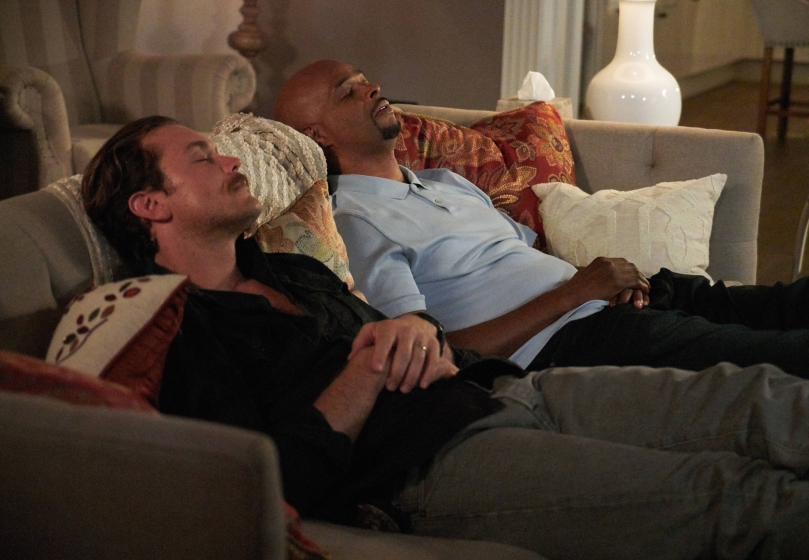 As always, the pace was really great. It helped that the case was quite interesting. There was a fair amount of action and violence. Luis is real quick to pop someone in the head. Luis was a more hands on villains than some of the other villains in the past. It was almost implied Riggs’ wife could have been killed by the cartel when Luis mentioned Miranda’s name. Made me gasp, actually because Riggs’ wife’s death in the film series was no accident. Turned out to be a fake out since Riggs was apparently saying her name well blacking out during his torture. It remains to be seen if Miranda’s death wasn’t truly an accident. He did kind of gave Riggs too many chances to answer his questions while being tortured though. The episode came to a satisfying conclusion. That’s after a lot of good gags in between the police work. The canned cheese wiz gag while Riggs and Palmer were on a stakeout was a highlight. This was an episode where everything seemed to work effectively. I am pleased Riggs still has a long way to go until he can move on. Kudos to Clayne Crawford for his performance acting uncomfortable with the very thought of being interested in Palmer while he’s been thinking of Miranda. I also liked that Murtaugh addressed that he and Riggs don’t talk about personal things with each other. Shows Murtaugh may actually care about hearing Riggs’ problems. Little by little, their bond is growing, and once again, I commend this show for taking its time to do so.