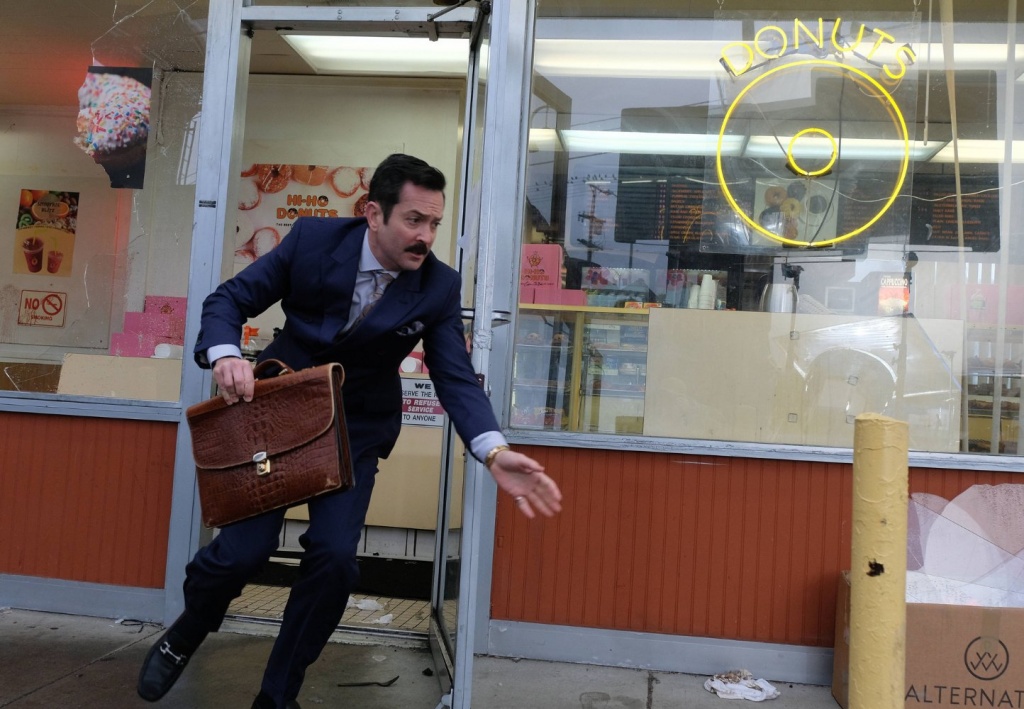 Lethal Weapon: ‘As Good as It Getz’ Review

Warning: This Lethal Weapon review has some spoilers.

If you’re like me, a fan of the Lethal Weapon film series watching the television reboot, you know there are certain characters from the films that are significant enough to be reimagined for TV. Most of the characters from the films are already on the show, along with new characters made for the show. But there’s that one particular guy, a fan favorite that I think we all knew was coming eventually. This week, we got him. Ladies and gentlemen… Leo Getz.

I’m a fan of Thomas Lennon (Reno 911, The Odd Couple), but I know he’s nothing like Joe Pesci. Which makes his casting of the famous fast-talking Leo sort of brilliant because he has a chance to make this re-imagined version of the character new and different. For the most part, Lennon succeeds. The best thing about how all the actors play their characters on this show is that no one imitates the actors who played these iconic roles in the past. Each character has a similar theme from their movie counterpart, but that’s pretty much where the similarities end. This variation of Leo Getz is still a chatterbox and an annoyance to both Riggs and Murtaugh (and pretty much everyone else), but he carries himself differently, and seems a bit sharper. Although, I do think they should have made him something other than a lawyer. However, being a low rent, ambulance chasing lawyer is appropriate to this character. He still used the famous line: “Anything you need, Leo Getz”, but he has a slogan on his business cards and bus ads that reads: “Leo Getz You Off”, takes the cake. Lennon’s interactions with the boys, especially Roger, were entertaining and funny most of the time. There were times he was a bit too cartoonish and annoying, but then again, the same was true with the movie version.

As much as it was great to see Leo Getz introduced to the show, and involved in the plot, being that he needed to be protected because he was representing a client with ties to the cartel, what made the episode pop for me was the return of DEA agent Karen Palmer (Hilarie Burton). I took a liking to her character after her first appearance earlier in the season, so I was so excited to hear she would become a recurring character. She was far less uptight in this episode. That could be because she already knows how the boy operate. Could also have something to do with the fact that she has a thing for Riggs, but she tries to downplay her feelings. 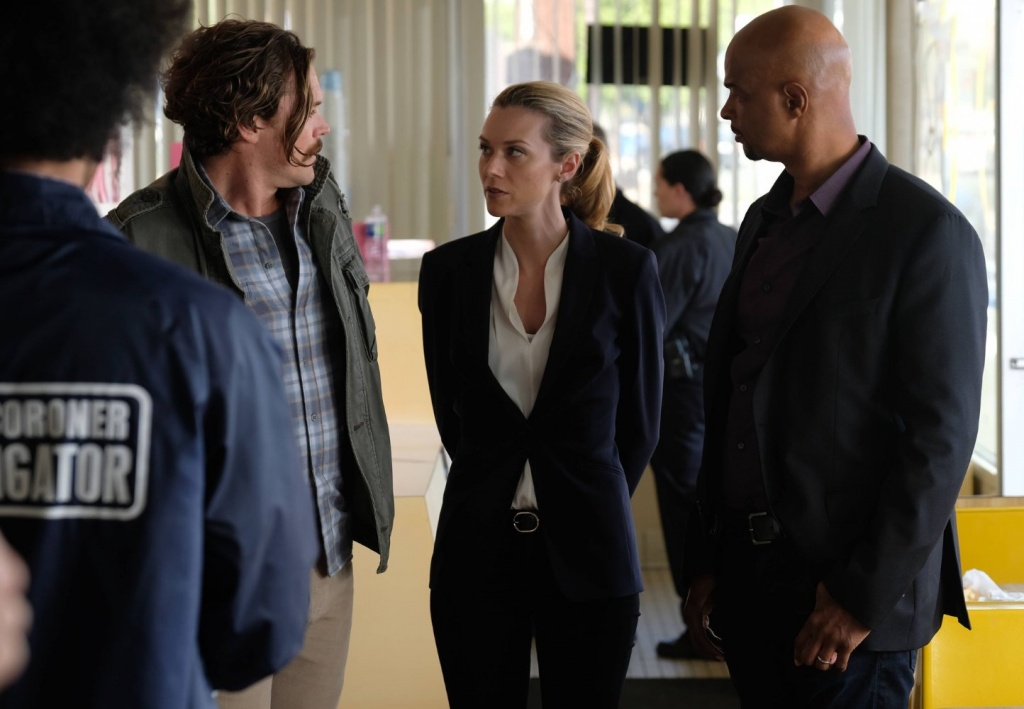 Like I said I know a lot of viewers are shipping Riggs and Cahill (who was absent this week, hmm). I totally ship Riggs and Palmer. So this episode gave my ship some steam. I love that Palmer is the one pursuing Riggs. She knows what she wants, but she’s also not entirely forward about it because she wants Riggs to figure it out. Riggs spends his time avoiding the issue like a shy, little boy. It’s kind of cute actually. And as Murtaugh points out, him hiding from Palmer is one of the more sane acts he’s ever done. Riggs has been taking baby steps to move on from his wife’s death. Palmer gives him that boost he needs. He clearly likes her. And since Scorsese almost caught them kissing in the elevator, these two are going to become a thing sooner than I would have thought.

Trish quit her job at the law firm she represented because she was passed up for promotion. How dare they. Although we didn’t see these events, I could almost visualize her ranting to her bosses with her sassy attitude. The visual I am thankful for is seeing the lovely Keesha Sharp in a bubble bath with a glass of wine, listening to some Teddy Pendergrass. She is stunning. Loved how Rog was trying to work on damage control. At the end of the episode, we see an updated version of Leo’s bus ad with Trish added to the picture. I do wonder how this will work out for Trish. This also means we’ll be seeing more of Leo.

This was a fun, light-hearted episode. It was packed with comedy, but not so much drama, which wasn’t needed. The final action set piece was great. The helicopter stunt work and sequence was thrilling. Watching Riggs recklessly risk his life to safe Palmer was kind of romantic. Her line about Riggs ending up in bed with her after they jumped from the helicopter into a motel bedroom was funny. I felt so joyful after watching this episode. Not just because Riggs might hook up with Palmer, but because he is improving his lifestyle. Also, even with Trish quitting her job, her and Roger remain a solid couple. I eagerly awit the next episode to see if any of these developments carry over.