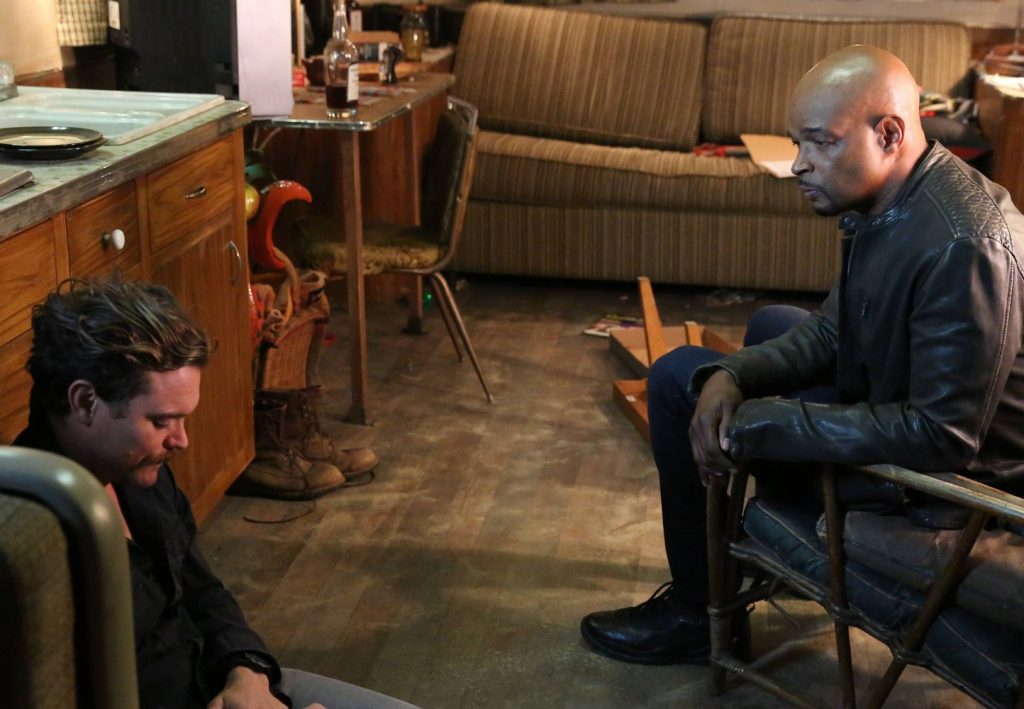 The Christmas Riggs and Miranda met.

Warning: SPOILERS are present in this review of Lethal Weapon’s Christmas episode.

Um, I’d like to immediately point out that the title “Jingle Bell Glock” pisses me off seeing as how I didn’t notice any glocks being used – though I may have missed them – nor do they play the classic, but obnoxiously played out holiday hit “Jingle Bell Rock” by Bobby Helms, as played in the original Lethal Weapon’s opening credits. I call BS… Okay, not really. The title is actually kinda clever. Plus, this may have been the best episode of the season, sort of bringing the entire Lethal Weapon legacy full circle by taking us back to the Christmas season.

Besides the absence of the Helms song, this episode had plenty of other dramatic callbacks to the film, including Riggs’ suicide attempt and a girl falling to her death on top of a car. The latter actually led to the episode’s plot involving a suspect named Eddie Flores, the nephew of a drug lord connected to the cartel. Riggs having a history with Flores heightened up this dramatic storyline with the prospect that Flores had something to do with or has knowledge on what really led to the death of Riggs’ wife, Miranda. It was hinted a couple of episodes back that Miranda’s death may not have been an accident. Given her reason for dying in Lethal Weapon 2, and Riggs’ work on the cartel back when he was in El Paso for this series, it should be no surprise Miranda’s death was really a homicide. The episode cleverly walks around the issue, leaving the truth a mystery which will no doubt play out during the next half of the season.

The flashbacks with Miranda and Riggs worked up the feels tonight, especially since we kicked things off with the first time the two lovers met in a bar on Christmas Eve. Between her work on Supergirl and her recurring appearances in these brief flashbacks, I’m quickly becoming a fan on Floriana Lima. The show has allowed us plenty of time to truly care for Riggs as he deals with life without his wife, but with limited screen time, Lima has to become this character we hate knowing is dead. Well, she succeeded, playing Miranda as a charming, loving, steak eating, beer drinking prankster who immediately has natural chemistry with Riggs.

It seems I can’t stop praising Clayne Crawford for his portrayal of Martin Riggs. Every episode, he continues to astound me. This was his best episode to date. Though he had plenty of humorous moments with Damon Wayans and others from the cast – I especially liked Riggs and Murtaugh taunting Flores as they questioned him on two occasions – he went to some really dark places tonight. The suicide attempt was always an effective dramatic piece for the character in the original film. Yet, the scene tonight, though briefer than the original, was especially painful to watch, coming right after we see Riggs and Miranda celebrating Christmas as she announces her pregnancy to him in a flashback. So when you factor in all we’ve seen Riggs go through from the premiere to this midpoint, his reasoning her wanting to shoot himself feels more dramatic, painful and maybe even justifiable. That has been the benefit of this TV series, being able to explore the pain eating away at Riggs, while trying to open up to the new people in his life. 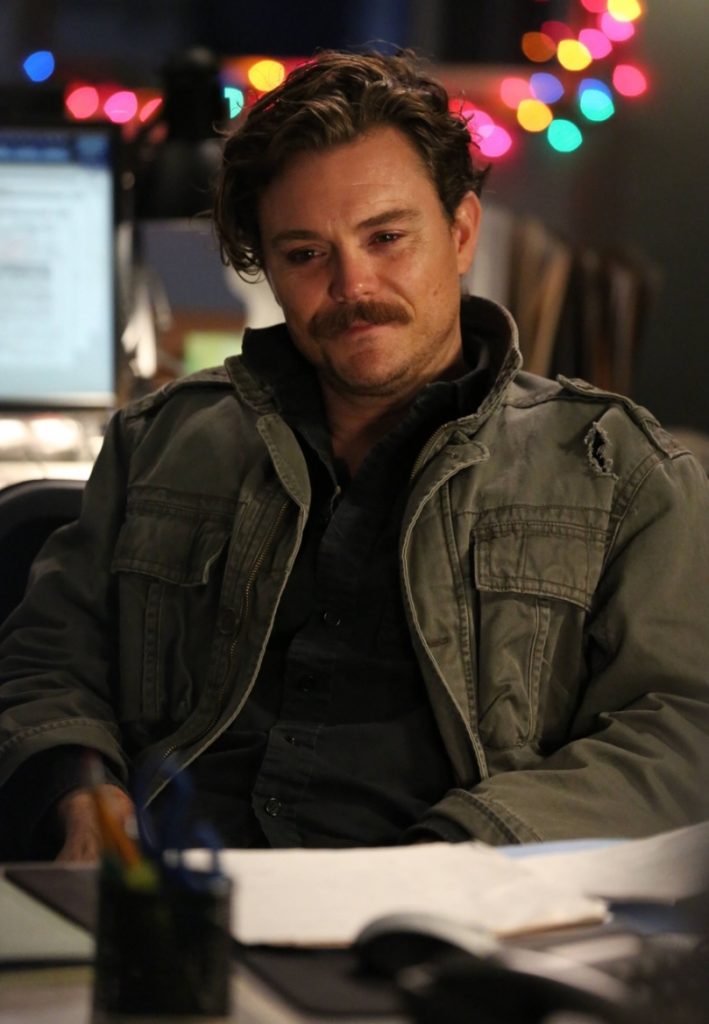 As usual, Murtaugh’s arc tonight was more family oriented and added some much needed levity to the intense main storyline. Being at odds with his neighbor and his electricity guzzling Christmas decorations was a crack up, as well as he and Trish trying to convince RJ he was not getting a car for Christmas. Wayans was sharp as always, but Keesha Sharp was awesome tonight as Trish. When she was put into a life threatening situation with a gangster holding her hostage in her home at gunpoint, instead of panicking and shaking, she was calm and more in control of the situation than the gunman. Kudos to the writers and Sharp for making Trish a truly smart and tough woman on TV.

I’m a sucker for Christmas episodes. They always add something extra to a series. Now, most shows have one character who’s really into the holiday spirit and another who’s a real scrooge. Here, it made the most sense with these characters since Murtaugh has a family and plenty of reasons to enjoy the Christmas season, while Riggs has nothing but his grief. Add a scumbag from his past – by the way, guest star Raul Casso played him very well – and this may have been Riggs’ most painful episode. Thankfully, the most touching moment of the season happens when Riggs is alone in his trailer on Christmas Eve and the Murtaugh’s arrive to celebrate Christmas with him so he wouldn’t be alone. It made me all mushy inside.

I loved this episode. I loved all the flashbacks with Riggs and Miranda. I loved Crawford and Wayans’ teamwork. I believe they had some of their best scenes together tonight. I loved that Sharp had her strongest episode yet. This is why I’m so appreciative of this series. The drama was excellent tonight. There were even times it got pretty suspenseful. Most importantly, there was so much heart and soul throughout this middle episode.