Oh, my god… all of that just happened. I no doubt have witnessed the best episode of season four to date, but perhaps one of the greatest episodes of Marvel’s Agents of SHIELD ever. “Self Control” played out like an intense horror film rather than a superhero show. Believe me, that’s a compliment. This was the conclusion to the L.M.D. pod, but unlike the Ghost Rider arc that essentially wrapped up its story with elements carrying over, this story directly and dramatically ties into what will now be a pod dedicated to The Framework.

I’ll be honest, my mind was blown when this episode ended. I’m actually writing this review the day after, and I still have chills from last night’s developments. If I had written this review after the episode, it would have just been an incoherent mess with a lot of expletives showing off my excitement. I can tell you already, my words won’t give this episode justice. It was THAT good.

“Self Control” played out far differently and better than I could have imagined. That’s because the writers and directors are so good at throwing you off to the point where you think they’re lying to you. But when you look back at a subject in question, you realize you were just duped. The way “The Man Behind the Shield” ended, it had you believe Daisy, Coulson, Mack, and Mace were all replaced by L.M.D.’s, leaving Fitz and Simmons in a terrifying spot as they had to work among the machines while trying to find a solution to the threat. Instead, in probably the most intense scene between Fitz and Simmons, we come to find out Fitz was the one replaced by an L.M.D. The way the scene played out, either one of them could have been L.M.D.’s. Jemma stabbing the L.M.D. of the man she loves was a pretty startling image.

I was glad Daisy wasn’t replaced after all. It left the door open for her to once again play the badass hero. It also allowed for more awesome quality time between her and Simmons. I enjoy every moment between these two, so to put them in one of the most terrifying situations they’ve ever been in, makes their dynamic grow stronger as fight for their lives. Both Chloe Bennet and Elizabeth Henstridge were on fire tonight. They provided some of their greatest performances of the series for this episode. While Jemma was scared and felt vulnerable without Fitz, she toughened up to help Daisy get things under control. Daisy had one of her most defining moments, showing no fear and incredible confidence while battling the L.M.D.’s of Mace, Coulson and Mack. Between the choreography in the fight between Daisy and Mace Bot, and her using her quake powers to dismantle Mack’s L.M.D., this will surely be one Chloe Bennet’s best episodes.

The performances all around were insanely good. The amount of emotion displayed during this conflict was incredibly effective. Our main cast playing the L.M.D. versions of themselves were downright scary. Playing their characters with similar traits to their human selves but with a terrifying robot agenda. Ian De Caestecker as the L.M.D. version of Fitz was sick. Going from acting terrified or in pain one second, then switching to full robot to cause harm to Simmons. Mallory Jansen still killing at as Aida. How could someone who looks so beautiful be so scary? Aida ends up being the main villain after all, killing Radcliffe once he assures her that he truly believes his work on The Framework is just, making it so he’d never regret developing it and would never desire to shut it down. Ming-Na Wen also stretched her dramatic chops even further with and emotional May Bot sacrificing herself coming to the conclusion that despite having May’s thoughts and desires, none of this L.M.D. business was real, and it had to be stopped. 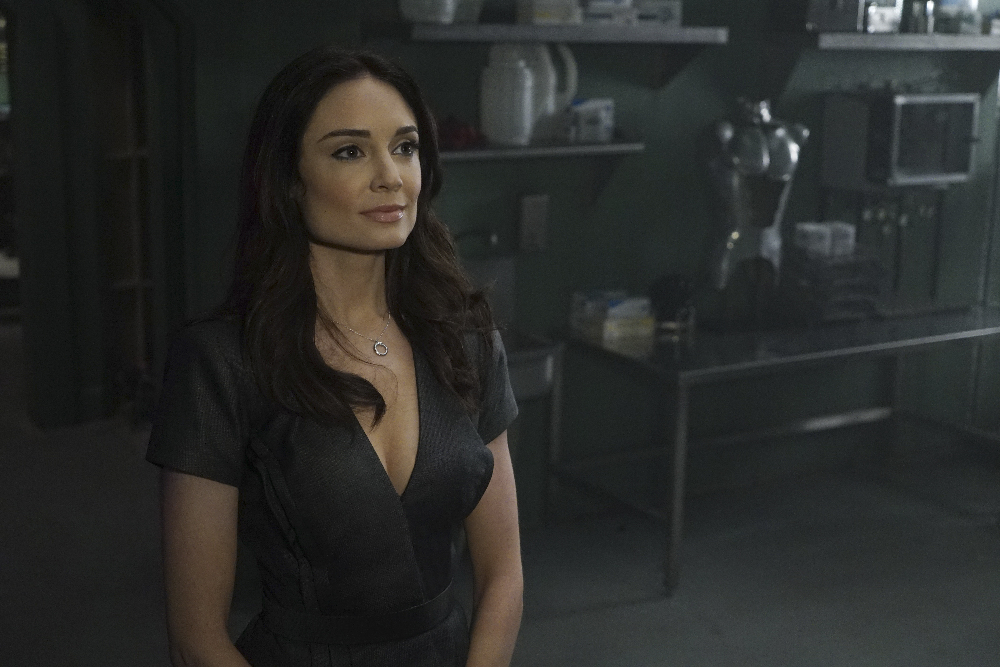 In addition to the fine acting, the direction from Jed Whedon was remarkable. The balance between suspense, action, drama, emotion, the twists and turns, all carried a significant weight, making this episode feel more theatrical than it should have been. Even the special effects seemed more incredible than usual. Daisy’s quake effects were put to spectacular use. The replicating effect with multiple L.M.D.’s of Daisy was impressive for TV standards – and also a cool callback to the film I, Robot. The final shot with May riding the elevator at her new base of operations was beautiful. Yup, the effects team really stepped it up.

So now with the L.M.D. invasion prevented, our heroes, namely Daisy, Jemma, Yo-Yo (yay) and the agents lucky enough to escape the destruction of the HQ with our heroes, our next pod has Daisy and Jemma plugging into The Framework in an effort to find the other SHIELD agents so they can wake them up. Because the writers and producers are so good at going against speculation, I can’t and won’t even begin to speculate what the hell is going to happen, or why our characters are in the situations they’re in. All I know is the montage of our characters’ alternate realities was terrific. The peculiar fact is The Framework is supposed to give those logged in a reality they want, right? Aida must have done some manipulating of her own when she reset the program because I doubt Jemma would want to be dead. Can’t imagine why Phil would want to be a teacher teaching about fearing inhumans. And I seriously doubt Daisy would want to be in a relationship with Grant Ward.

Now that was a crazy twist. I guess the cast and crew really miss Brett Dalton because apparently, he’ll be back when the new pod starts. Poor Daisy thought she was going to see Lincoln in her bed. Cannot wait to see this play out. This fantasy will probably make some shippers of Dai- ahem, Skye and Ward happy.

And then there’s Hydra. Oh, no, how is Hydra involved in all his? This was one of the best twists. After all S.H.I.E.L.D. has gone through in the real world, now they are tackling them in The Framework. I’ve been hoping we’d get to experience The Framework more, but damn, I didn’t know it would be the source for the third pod of the season. It also makes me feel for some of these characters, and whether they will all make it out of there. This was one hell of a cliffhanger. It left me so anxious with so many questions. I’m just thankful I’ll only have to wait just a little over a month. If this were a season finale cliffhanger, I’d be causing some destruction.

“Self Control” delivered big. It very much blew my mind, and made more even more appreciative towards the show. This show never disappoints with its finales or conclusions to arcs. With highly emotional scenes, intense drama, incredible superhero action, some of the greatest visual effects on TV, insane twists, and a cliffhanger that left me with chills, I have no problem calling this episode of Marvel’s Agents of S.H.I.E.L.D. perfect. 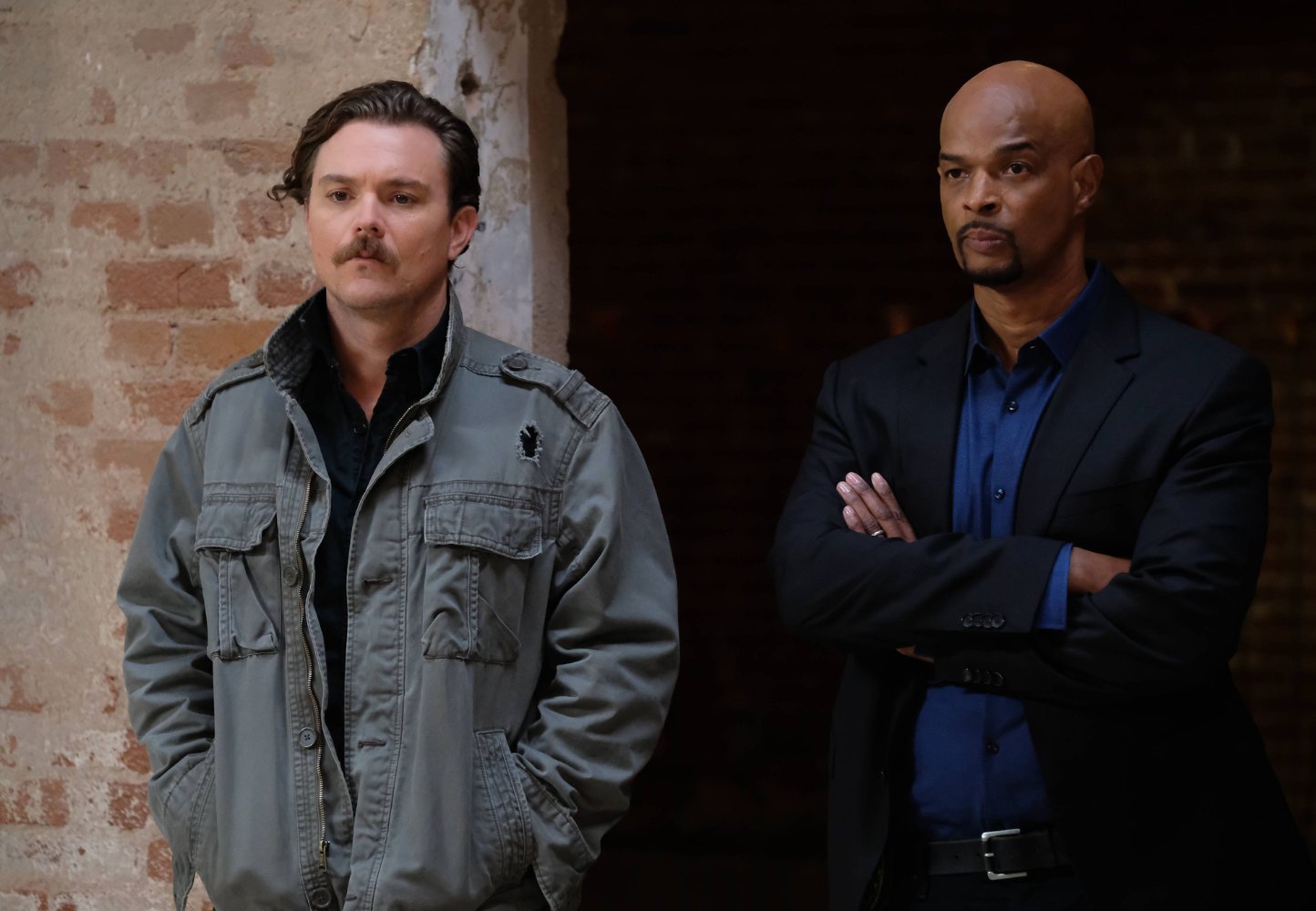 Marvel's Agents of SHIELD: 'Self Control' Review Warning: Best believe I'll be spoiling stuff here. Oh, my god... all of that just happened. I no doubt have witnessed the best episode of season four to date, but perhaps one of the...
0
Average User Rating
0 votes
Please sign in to rate.