Marvel’s The Punisher Season One on Netflix Review 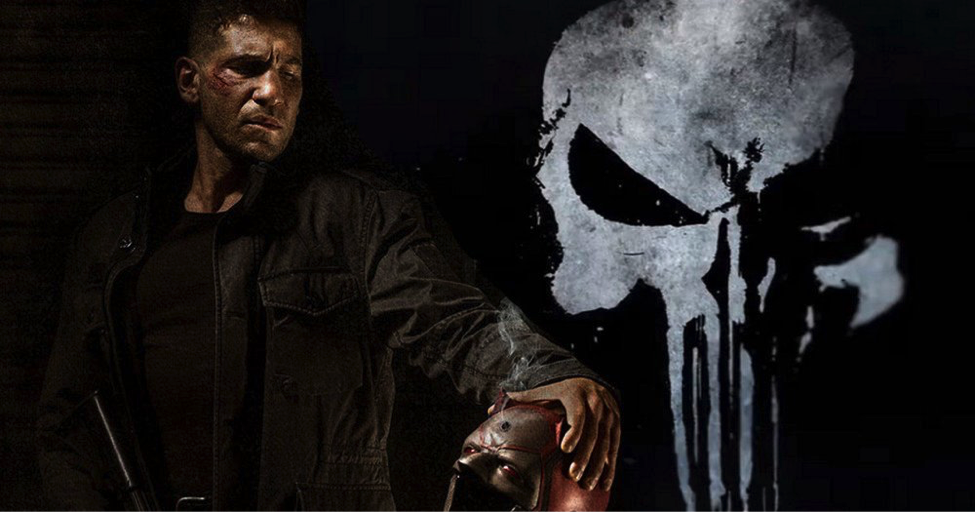 Marvel character Frank Castle, better known as ‘The Punisher’, is one of the most popular characters in Marvel Comics. Jon Bernthal is known for ‘The Walking Dead’ and ‘The Accountant,’ and made his Netflix debut as ‘The Punisher’ in Netflix’s season two of ‘Daredevil.’ As much as I enjoyed season two of ‘Daredevil,’ I came out of that show wanting more of Bernthal as the vigilante hero. Like a bully in a school hallway, ‘The Punisher’ came out of nowhere, straight up hit us hard with a surprise, and took season two away from Daredevil.

Fans went head over heels for Bernthal joining the Marvel Cinematic Universe on Netflix. Many fans, including myself, were thirsty and hepped up to see Bernthal stamp the iconic skull on his chest and get his own series.

We are constantly being bombarded with superhero films that all follow the same format. We’ve seen enough of the perfect superpower people flying and saving the world. This is why I enjoyed films like ‘Logan’ and these Marvel Netflix shows because they are doing something different with superhero stories and characters.

Season one of ‘The Punisher’ is still within the comic book genre. It still has those superhero elements. However, it takes a comic book character, and we examine the character in a way that hasn’t been seen. We learn more about what the character goes through mentally, and we see how this show has a message about veterans, gun control, and mainly PTSD. 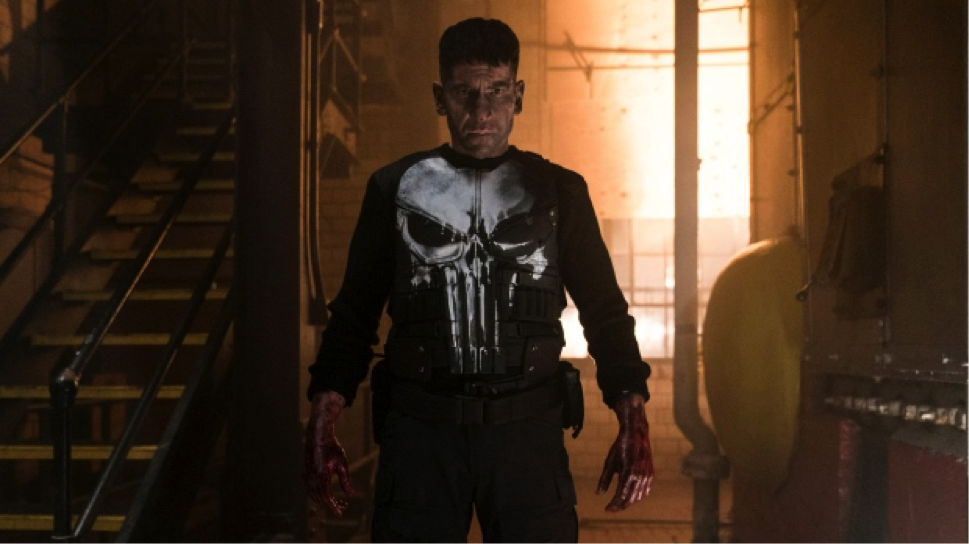 A majority of fans love The Punisher because he is one of the most savage heroes in the comic book world. He is even more badass than Batman because The Punisher executes in the most barbaric way imaginable. Out of all the Marvel Netflix shows, season one of this show is definitely the most violent.

I’m not squeamish when it comes to a bit of blood and violence. I like horror movies such as ‘Saw’ and ‘Hostel.’ But the thing is, when you look at those violent horror flicks, they almost seem a bit cartoonish. The last ‘Saw’ movie, ‘Jigsaw,’ really did remind me of some type of Wile E. Coyote and the Road Runner episode. But this show makes the violence feel more real, and that’s what makes it more effective, makes viewers squeamish, and when things get a little disturbing.

The extent of brutality that Frank Castle is willing to go starts off cool. Then it takes a switch to just feeling uncomfortable and making scenes feel longer than they actually are.

An example of this would be the violent sledgehammer scene in the first episode. These arrogant construction workers are completely harassing Castle on a daily basis. These construction workers mess up his lunch and step on his sandwich, call Castle names, and are practically doing what middle school bullies do. I don’t want to spoil anything, but these workers are practically dead, but Castle is still going beast mode bashing their brains in with that deranged look in his eyes. At first, I was cheering him on, but it got to a point where enough is enough, take a chill pill.

I personally believe the filmmakers wanted us to feel uncomfortable with the level of violence. Even though you get used to the violence. It’s almost like the violence is telling the audience, “This is something different from the Marvel Cinematic Universe and the other Marvel Netflix shows.” 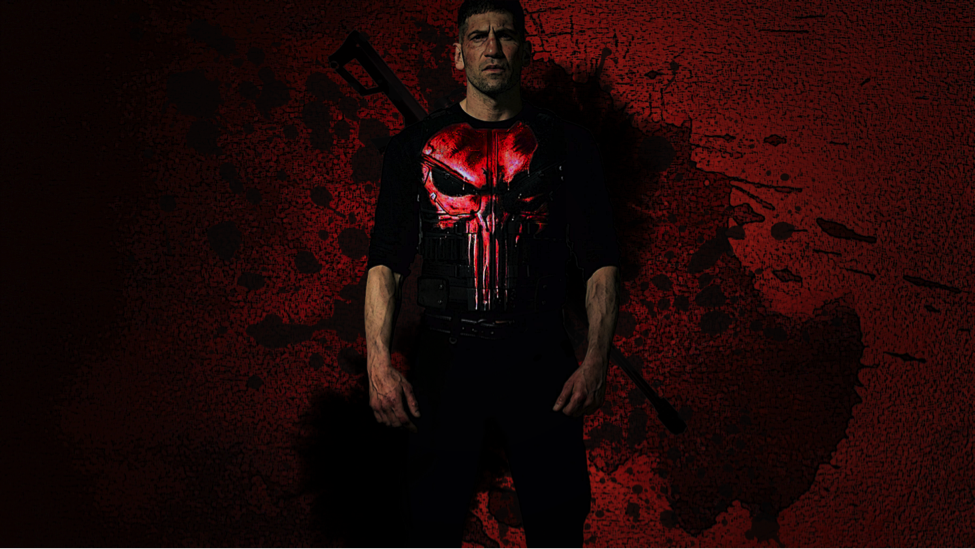 The action is definitely the most action-packed and well-choreographed of the Marvel Netflix shows. Towards the end of the season, you are put right into the gun blasting, explosions, and carnage. It isn’t just senseless acts of violence, the way the series is written makes viewers know that Frank is a fulltime killing machine and that violence does have consequences.

The Punisher says in the show, “Guns aren’t my favorite,” even though he sure as hell acts like it. He mentioned he is more of a fan of knives, his dialogue at one point sounds like he could write a college thesis on knives.

** The Punisher Has a Message for the Viewers **

Frank Castle, along with some other veterans, all deal with PTSD and the drama in very different ways. The creator, and writer, Steve Lightfoot, studies the trauma of what The Punisher went through and how it affects his daily life. Frank’s violent past with the death of his family and war are all explored more in-depth in each passing episode.

Castle has the grunt demeanor to him, but the writing makes it clear why he is that way. Castle is flawed, constantly struggling with traumatic flashbacks and lapses in self-control, and it is what draws the viewer in.

Castle has a very hard time dealing with people and everyday reality. His PTSD, sorrow, and acts of violence make him uncomfortable. It is very hard for him to fit into everyday society, and he can’t live an everyday life. PTSD plays a big role in this series and the main character. A majority of the episodes make it seem as if Castle can’t function well unless he is fighting, in a war, and killing. 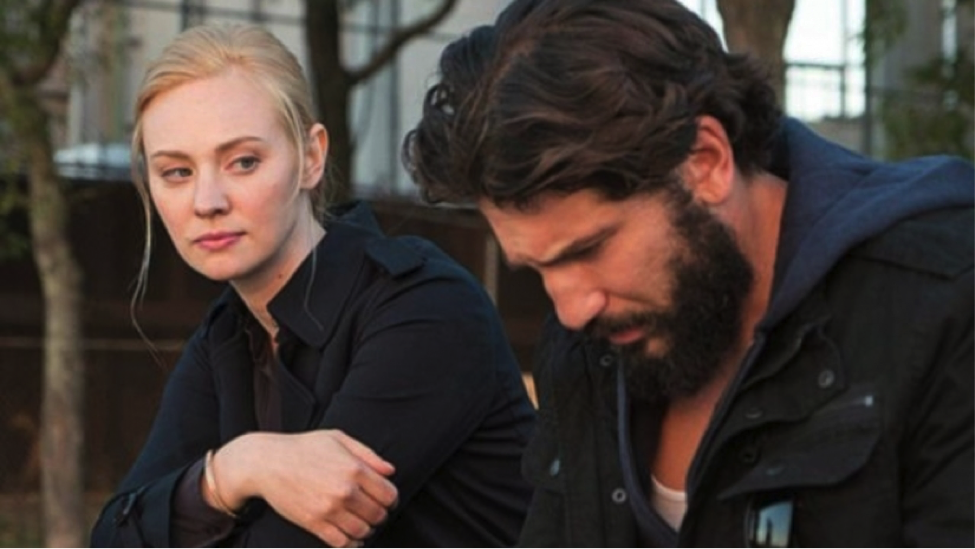 The Punisher seems more human now; he is more than just a gun blasting maniac. We can see that type of action in any Punisher comic series, season two of ‘Daredevil,’ ‘The Punisher’ movies, or any generic action movie.

This message of PTSD and returning veterans mainly comes through a young soldier named Lewis, played by Daniel Webber. Lewis just can’t bring himself out of that state of mind of what he did in the war. People mistreat Lewis, and he acts like he is still fighting some war when he is doing everyday things. The show asks the question of what it is like when The Punisher encounters someone who is like him, or not too far off from The Punisher’s traits. It seemed as if the show was showing us what Castle could end up like through the character of Lewis. It’s sad to see a young character, and a returning vet comes home and not be treated as a hero, suffers from mental illness, and having such a hard time getting back to a normal life. 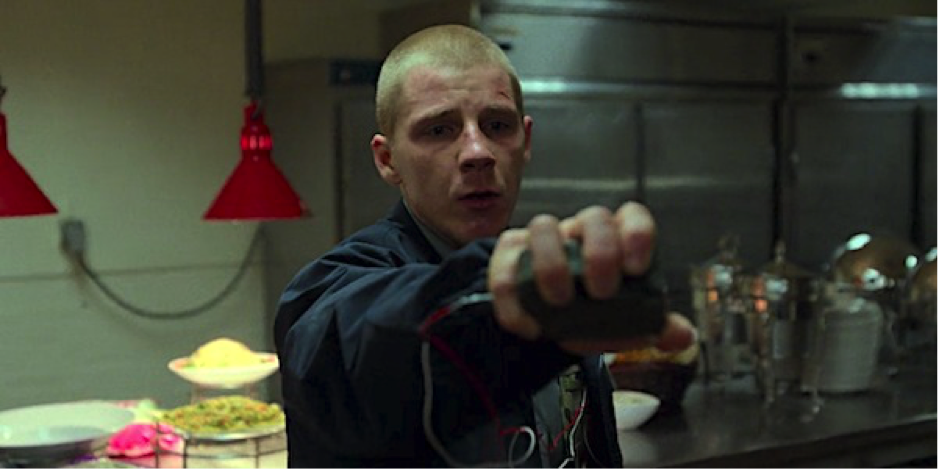 The show also tries to make a message about gun control. Such as, the rights to owning guns and the type of people who own dangerous firearms. I believe that message got lost in everything that was happening around it. It seems a little strange to have this type of hero, and this is the place where you want to make that message. But I enjoy how these Marvel Netflix shows, especially ‘Luke Cage,’ try to bring up social issues and commentary.

Also, Karen Page from season two of ‘Daredevil’ is also a part of the show. Honestly, I would have liked to see her character do more. Her character feels a little forced into the story, and like she is just there to tell audiences Castle will come across other Marvel heroes.

Bernthal is once again great as The Punisher, but I believe it was his interaction with Micro, played by Ebon Moss-Bachrach, that made Bernthal’s performance even better. Micro is a hacker with a promise of information on the true cause of The Punisher’s murdered family. Micro reveals that a military conspiracy tied to the Central Intelligence Agency’s Directorate of Operations found its’ way right to Castle’s door and offers the vigilante opportunity to settle the score. When Bernthal is The Punisher, he will scare you shitless. At other times, Ebon Moss-Bachrach’s character makes Castle seem a bit more grounded, kind-hearted, silly, and at one point funny. The two make a great pairing, and I would love to see Micro in future Marvel Netflix shows. 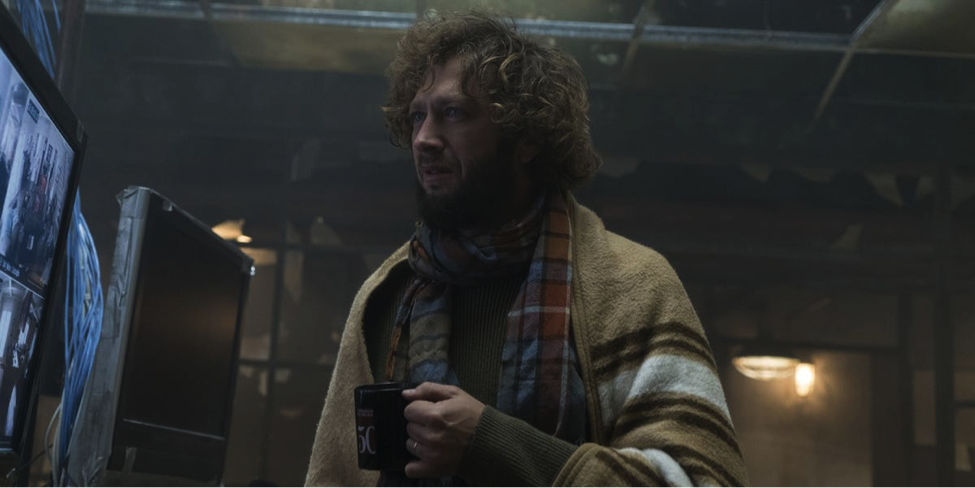 The worst element of season one for me was the cop stuff with Amber Rose. It feels like every generic cop show you’ve seen. With that typical police show dialogue that cuts back and forth.

“The Punisher (beat) you mean he is still alive?”

“I need the papers.”

Takes the paper, and sips coffee.

That type of back and forth dialogue that we’ve heard so many times. The actors were not the problem; it was the way their lines were written. 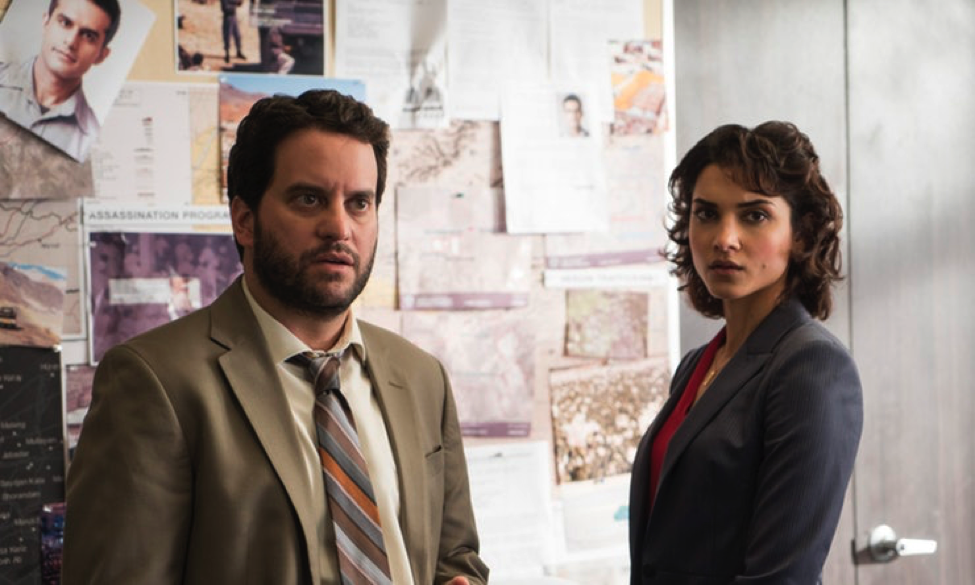 Overall, season one of Marvel’s ‘The Punisher’ on Netflix is easily my favorite show since season one of ‘Luke Cage.’ I believe this is even better than ‘The Defenders’. It’s a bold new look for a character we thought we already knew so well and it is a series that has something to say to its viewers.

I’ve been a longtime fan of this character, and he is the only vigilante character who can get away with wearing white stripper boots while striking fear in the bad guys. Every episode ends on a cliffhanger that makes you want to dive right into the next episode. 13 episodes equal 13 hours, and I mostly enjoyed every minute. Action packed fans will be pleased, comic book fans, and casual viewers will all find something to enjoy about this series. I believe season one of ‘The Punisher’ on Netflix earns a…