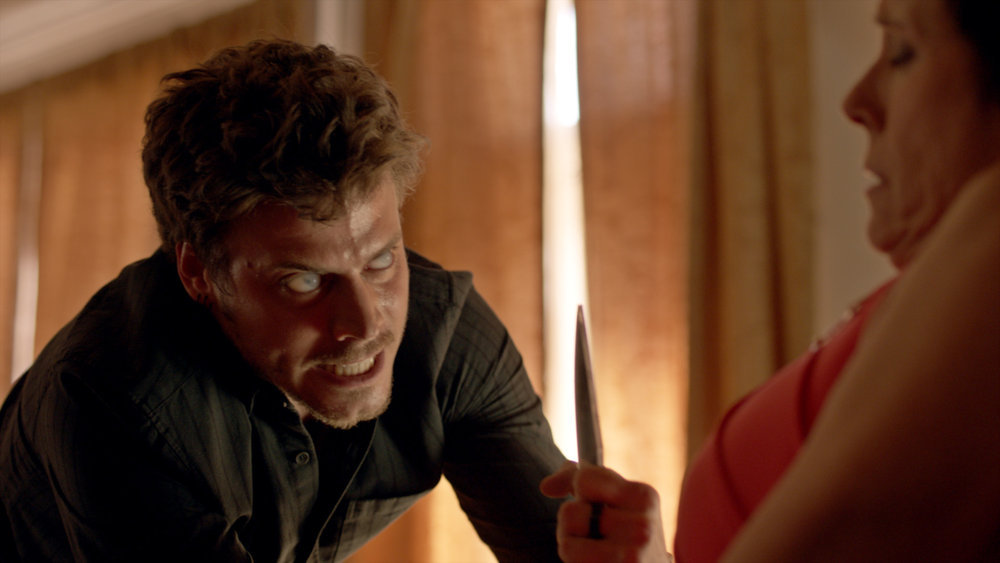 NBC’s newest show Midnight, Texas tells the story of a small town in Texas that is a little off the radar and strange. Manfred Bernardo (François Arnaud) is a psychic working in Dallas. At first, we think his act is a lie, and then the room gets cold, and a spirit appears and possesses him. After that craziness, he gets a call from someone named in his phone as Hightower. He decides he must leave and heads out in his RV. Beside him, the spirit of his dead grandmother talks to him and tells him to head to Midnight, Texas. 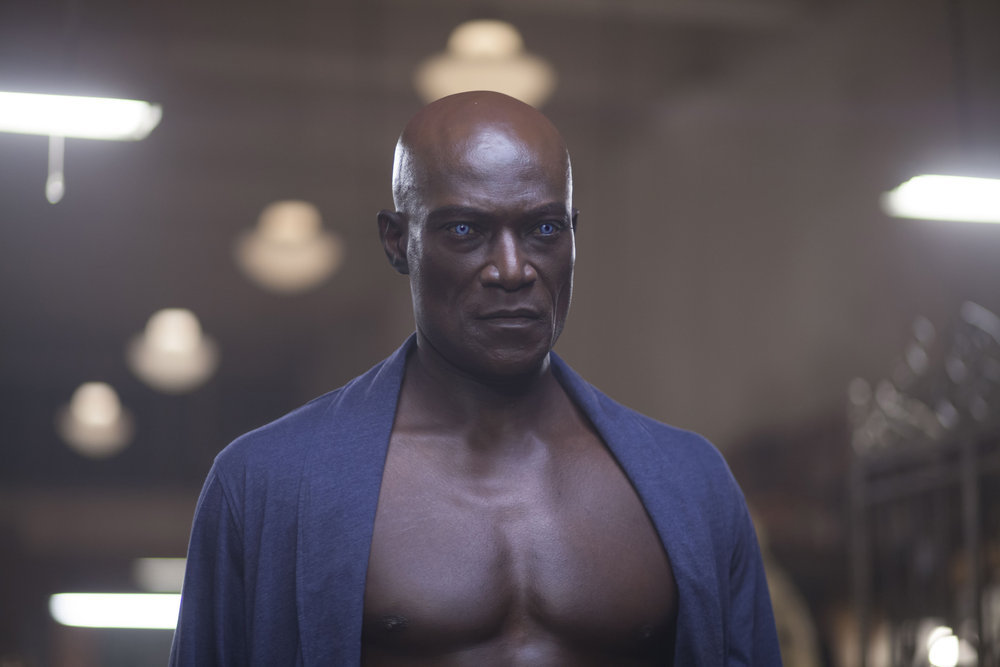 Once in Midnight, Manfred realizes that the town is bizarre. As he encounters the various residents, it becomes more and more apparent that this place is much different. During a picnic, that he was invited to by Creek, a body washes ashore. It is Aubrey, the fiance of the pawn shop owner and his landlord, Bobo (Dylan Bruce).  As the police from a neighboring town start to close in, the town becomes leery and protective. Manfred decides to try to help when the spirit of Aubrey awakes him in the dead of night in probably one of the creepiest scenes I’ve seen in years. Doing so, he lets in more spirits than he intends. The police come to his door in the middle of this takeover, so to get them away he gives them a clue about Aubrey’s death. This leads them to find the murder weapon. 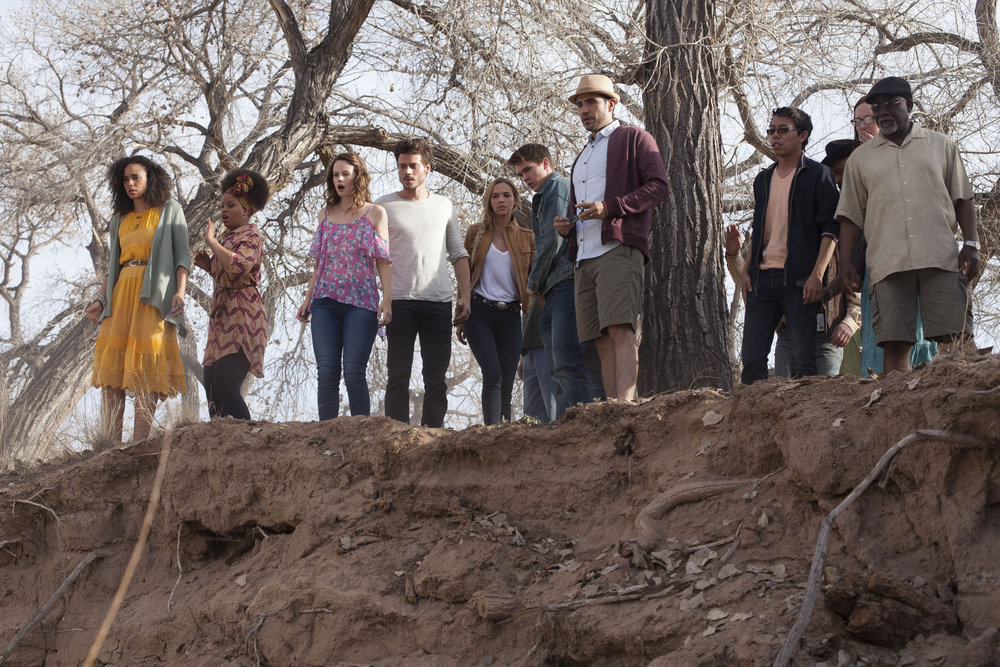 The evidence that they’ve discovered puts Bobo as their lead suspect. As they try to arrest him, the town converges on the road. Fiji, the local witch, played by Parisa Fitz-Henley tries to stop them. Olivia ( Arielle Kebbel) convinces her to let them go. Manfred says that he can help as they take Bobo away in the squad car. 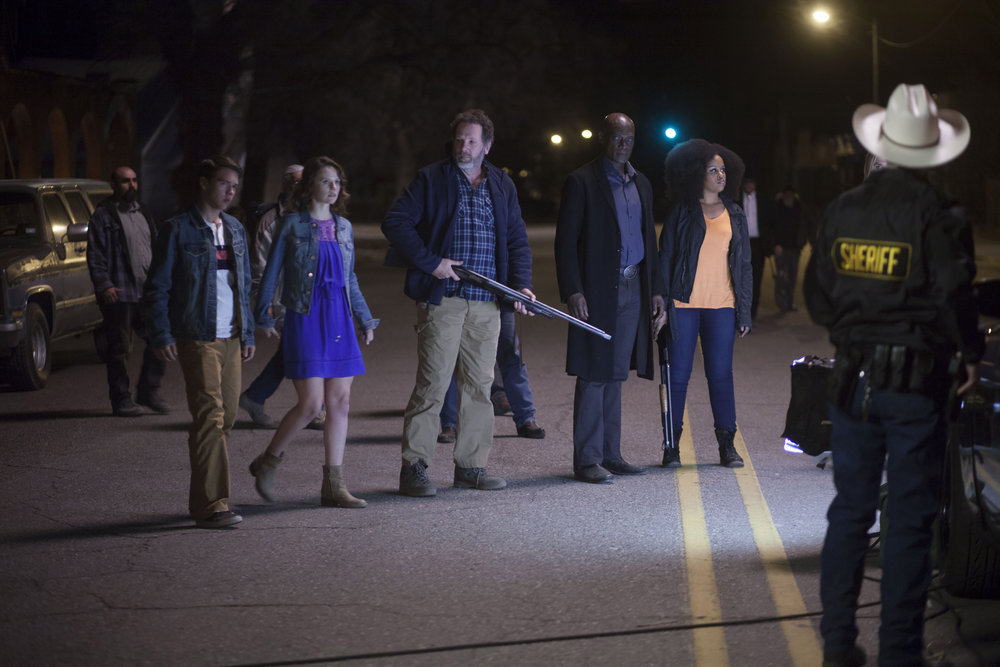 Midnight, Texas is a fascinating show, and the pilot hooked me instantly. The music is fantastic, and the special effects are pretty damn great for a television show. The characters are interesting and layered. While we did learn a little about each character and which monster or supernatural being they may be, we also didn’t learn about everyone. It leaves the mystery and intrigue still there and leaves the audience wanting more. The performances are great and I’m sure will get even better as the show continues. Lemuel played by Peter Mensah was particularly haunting and exciting. Midnight, Texas is the next great supernatural show.
Follow @ashleygmenzel 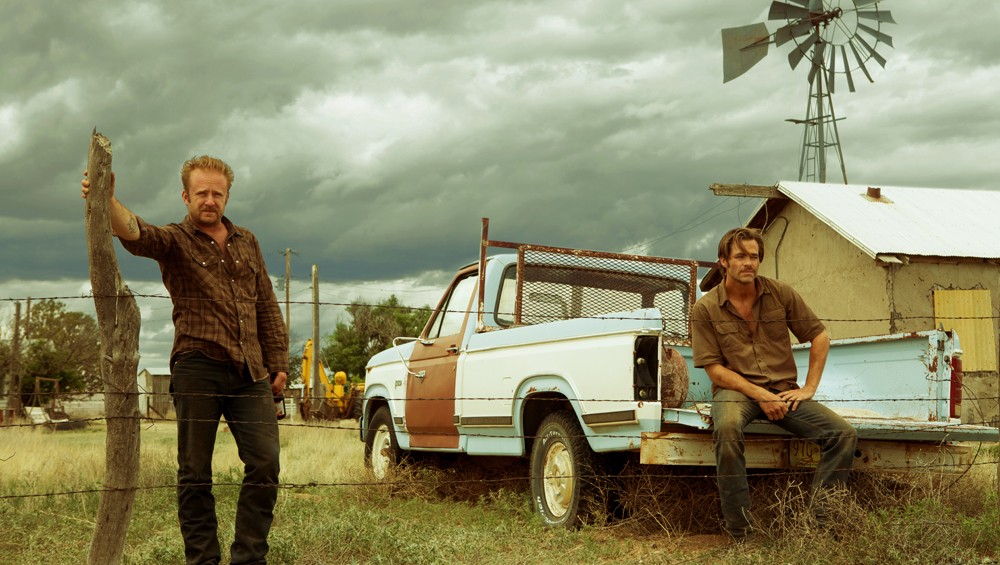 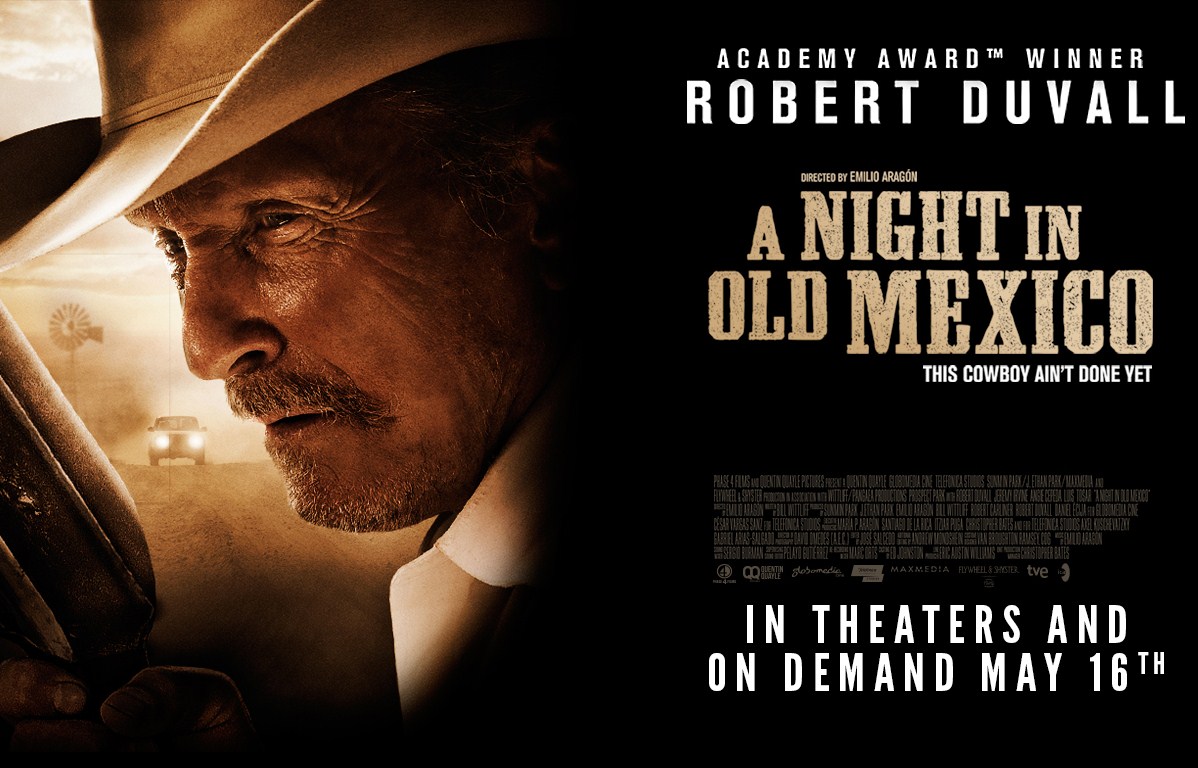