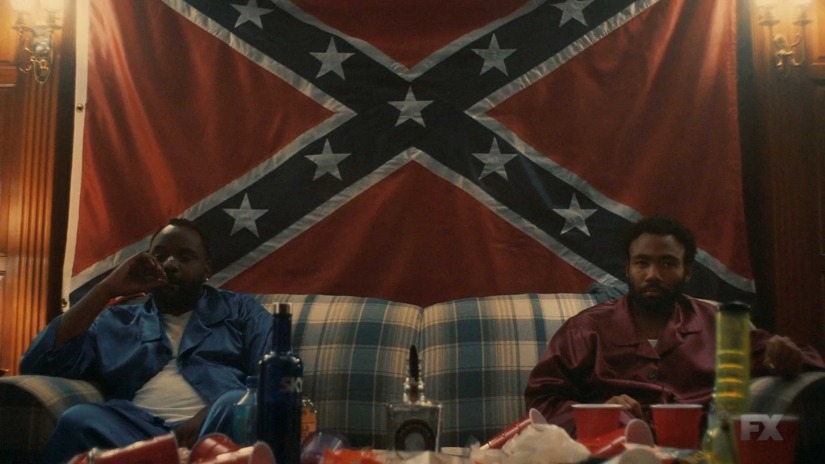 For all the time’s I’ve pointed out how Atlanta is a series that can play by its own rules as far as narrative arcs are concerned, I will not that I’m not only unsurprised by the rift that occurs between Alfred and Earn in “North of the Border,” I made sure to keep track of it. Here’s an episode that cleverly masks itself as a random adventure involving the entire cast (sans Van, of course). The group travels to a gig and gets into trouble, only to escape. Not knowing the runtime, I could have taken the episode as another “Barbershop” or “Champagne Papi.” However, this is an episode that serves as a turning point and a reminder that Robbin’ Season is tough on everyone.

Earn has not been around much in the latter half of Robbin’ Season and now we know that it was all on purpose. Donald Glover has certainly been a presence. Between creating the show and appearing as Teddy Perkins, he’s never been too far from the frame, even if he’s not been in front of it (as himself) as much. Alfred, on the other hand, has had a lot to do and a lot of time to consider his options. After putting up with his ridiculous barber, being robbed, missing out on music and advertising deals, and not getting much in the way of perks, he’s realized that becoming a more prominent part of the game means having someone who knows how to support him.

The thing is, we’re on Al’s side. None of the main characters are antagonists. Even Darius is more a benevolent agent of chaos than anything. By default, it comes down to who is the least helpful. I don’t wish any ill against Earn, but he’s shown how little he’s done over the course of this season. It reflects the type of person he criticized Kat Williams’ Uncle Willie for being. Earn may be smart, but we know he’s a dropout who hasn’t ever completed anything he started. He gets comfortable, and now that’s having a real effect. Van split because Earn chose not to rise to being anything more than the father of her child. With Al, Earn scrapes by on his supposed charm to get a few shows and minor bonus payments. 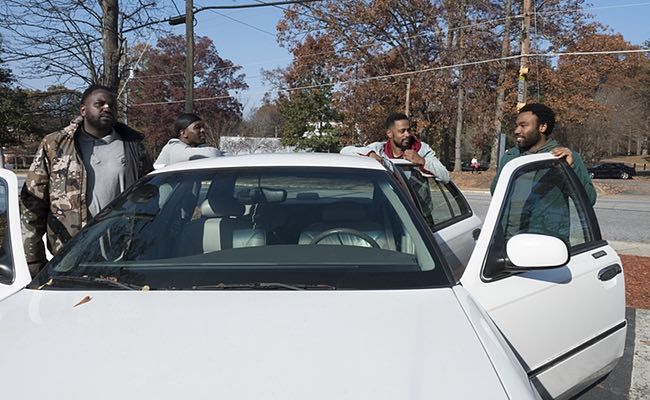 “North of the Border” does a lot to emphasize how poor Earn’s choices have gotten. To save on expenses, the idea is to head to Statesboro and stay with Violet, a random girl with a crush on Al. It’s a huge red flag that makes for one of the funniest scenes at first, as Violet describes a dream while lying on the bed with Al. Later on, Violet turns out to be as crazy as one assumed by pouring beer on Al, while he’s speaking with another woman and then pushing her people on them after Tracy makes a poor decision to play up his assumed role of security.

Earn is right to call Tracy out later on, but he’s also the reason they were in that position, to begin with. Pocketing money for a hotel and staying with some random women was never the way to go in all of this, and it results in a vandalized car, ruined clothes, and stolen possessions in the process. Al was pushed to a hard place in “Woods,” but any sense of recovery is really in question, now that everyone is knocked back, even Darius, who’s impressed with the way in which his belongings were destroyed.

During all of this, Atlanta delivers another bravura sequence full of oddity, as well as introspection. While on the run from Violet’s people, Al’s attempts to find weed to calm him down are successful thanks to white frat boys in the middle of hazing. It leads to the image of Al and Earn sitting on a couch with a huge Confederate flag behind them, and a dozen naked pledges with bags over their heads, on their knees in front of them. At first, we deal with the absurd, as one frat boy describes his admiration for Paper Boi and snap in general, putting on “Laffy Taffy” and making the pledges dance. Then things get serious. 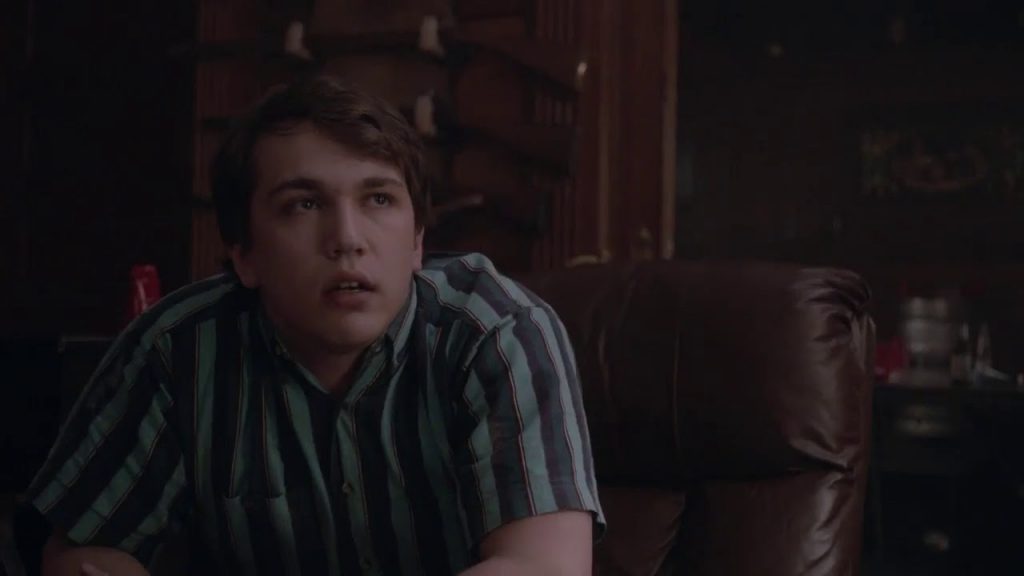 Al communicating his troubles with Earn to Earn’s face is harsh but true. Hiro Murai’s continued excellent direction takes the scene form a wide scope to an intimate one. We no longer see these two in the same frame, but separate, shrinking Earn, while keeping steady in the cuts to Alfred. The discovery of ruined and stolen property the next morning only emphasizes Al’s point. Earn is now at his breaking point, leading to his fight with Tracy. The defeat of Earn is easy to see coming, and now our supposed hero is genuinely at his lowest. What does this mean for the rest of the season?

As the episode ends with silence between the foursome on their drive home, it’s clear Robbin’ Season has some narrative tension to work with. Will there be a redemption taking place or will things remain dark into the next season? Earn needs this work so he can provide for his daughter. For all the strangeness of Atlanta, that’s the sort of constant that can’t go without being addressed. Still, Earn has done little to prove himself, while we currently just want Al to have a good day, let alone a good week, to keep him going. Will success for one help the other? 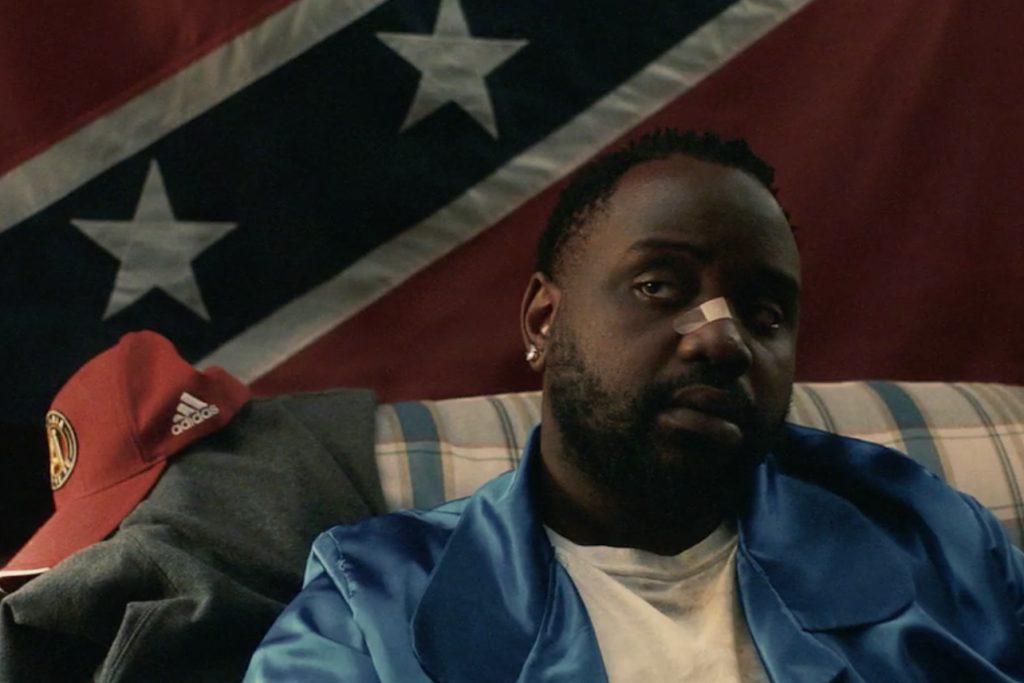 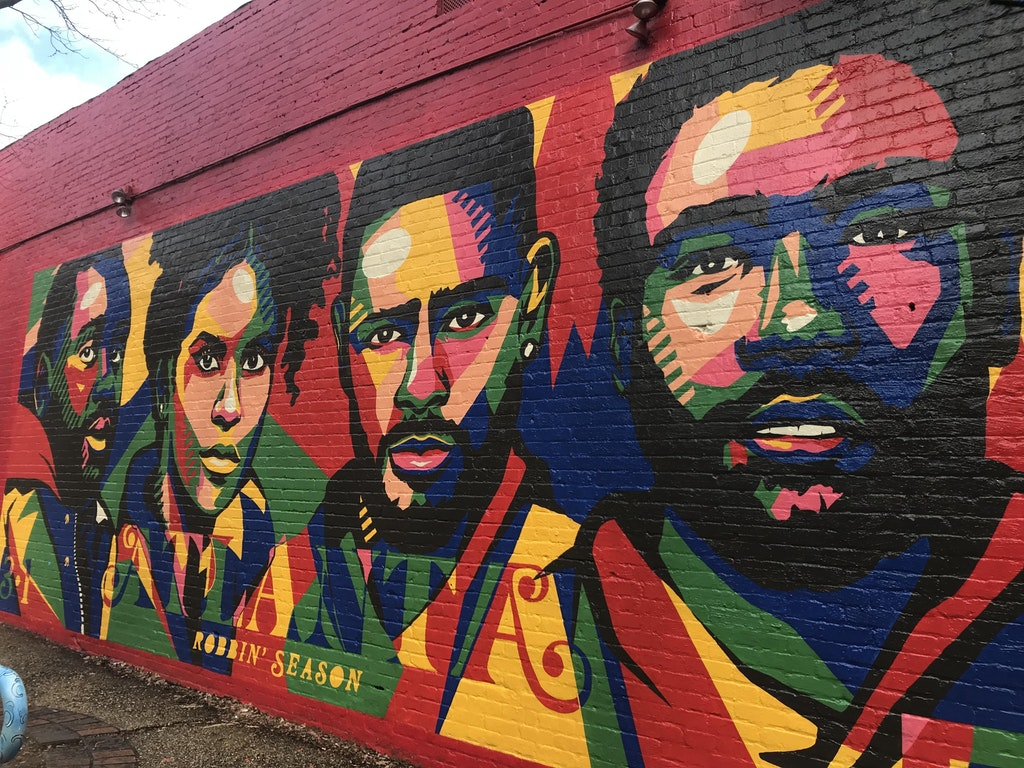 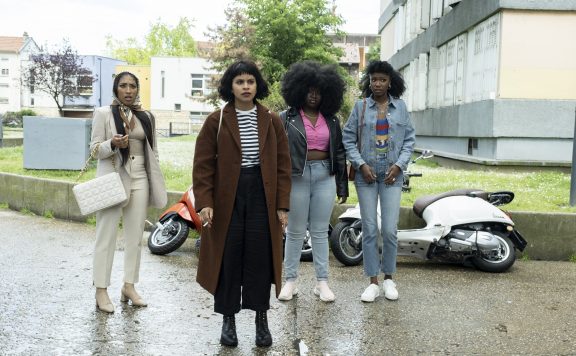