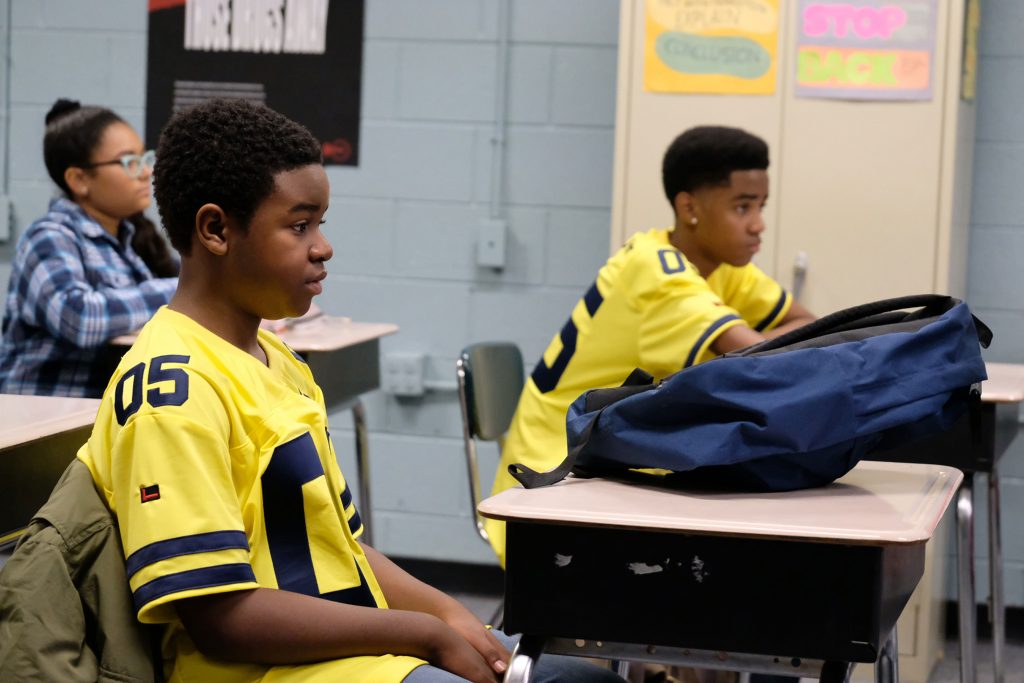 Following a possible shakeup in the relationship between Earn and Alfred during last week’s Atlanta, we take a look back in time for “FUBU,” which delivers an origin story fit for Robbin’ Season. I had a (real) FUBU shirt when I was in middle school. For whatever reason, it brought me bad luck. Nothing on the level of what Earn (and Devin) experience, but it’s not a brand I felt great about. Brands are a big deal for people in the Atlanta area and places like it. While we have certain standards that people get judged by, something like FUBU represents an advantage. It’s also a way to build confidence, which reflects on what kind of people Earn and Alfred are presently, and why it’s a perfect time to see this episode.

While focusing on the Robbin’ Season angle of this very strong second season of Atlanta, I have made continued attempts to highlight Earn’s efforts to help the career of Paper Boi. With Earn’s role as a manager being put into question last week, following a series of episodes dealing directly with Alfred’s status (remember how he was robbed by his long-time drug dealer back in Sportin’ Waves), it makes sense to get a broader understanding of why.

For all the work to keep Atlanta weird and offset expectations by messing around with the tone of the show and redirecting the audience, based on what character we are currently following, there are some particular understandings. We know who these characters are. In the case of Earn, this is a man who hasn’t finished anything he started. He’s smart but lacks a level of confidence, which is now coming at a time where his life can be affected for the worse. The great thing about “FUBU,” is how well Alkoya Bruson works at portraying a young Donald Glover imbued with all the same personality traits. 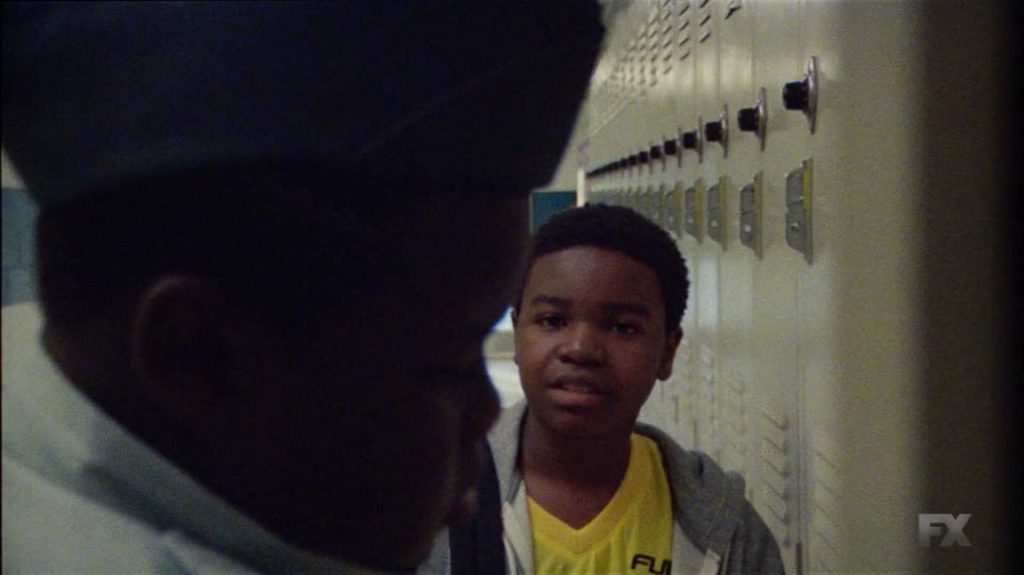 Much like adult Earn, young Earn is smart, trying to get by, looking to get some respect from his classmates, but lacks confidence. If there’s a flaw in this episode, it’s how it makes all of this fairly overt. Young Alfred (Abraham Clinkscales) is similarly well-cast, but also has the minor issue of being a literal younger version of Al. It’s less about seeing how these guys evolved into who they are today, but watching them as the versions of themselves they always were, but younger. What helps though, is that we get the shared history between them.

“FUBU” shows us that Al has always been a scoundrel, but he’s also always been looking out for his cousin. Years of being the more ambitious of the two, regardless of aspirations, means he’s always known Earn’s smarts only go so far if he still needs Al to back him up. So why shouldn’t Al be looking to get a new manager at this point? His cousin is still doing the bare minimum to gain respect and move forward. Earn’s earnestness is all well and good, but there’s a naïve sense to him as well, which is why he thought he could suddenly gain respect from a random, very yellow, FUBU shirt that would somehow be sold at a discount at Marshalls.

Speaking to the period setting of this film, the late 90s, it’s wonderfully specific. Whether or not it’s entirely autobiographical (Glover directed this episode and his brother, Stephen, wrote it), it’s great to see so many little details scattered throughout it. Whether it’s the various posters in Earn’s room, the way the bully’s act, or the seemingly informed choice to include the character of Danisha, this episode is far from just an excuse to make a few nods to the young lives of our protagonists. Given the vintage look (I can’t confirm it yet, but it appears to have been shot on 16mm film), there’s plenty to highlight in the aesthetic choices, but it doesn’t hurt to point out the power of the central story being told. 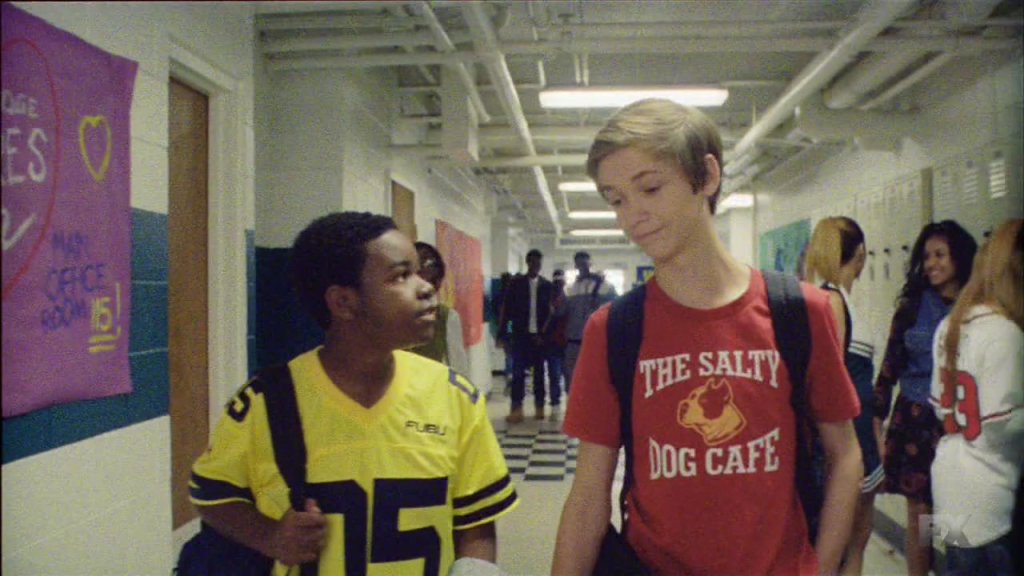 With all this focus on Earn, I should note the real dilemma and the dark turn taken by the end of this episode. As mentioned, brands can be significant, and Earn finds himself in a pickle this week. I don’t know how the lack of the patch didn’t give him up right away, but I laughed and felt my heart sink a bit when his shirt started coming apart at the seams. Of course, once Al saves the day thanks to his level of swagger and confidence, everything seems to be good as far as not getting a nickname to be tormented by.

It wouldn’t be Atlanta without some sort of switch in gears, which is what happens next. Devin commits suicide, following the teasing he suffers. There are other reasons (his parents had just gotten divorced), but now we have an Earn who grows up knowing he played a role in the death of a schoolmate. That’s a rough turn for the show to take and it places plenty of emphasis on ensuring how Earn won’t go far from who he currently is. If staying in his lane can also help keep people safe, who is he to challenge his placement in the world?

Making “FUBU” the penultimate episode of the season is a great choice. It allows the season to take a breath before revealing its end game for next week’s finale. I’ll be curious what kinds of efforts Earn puts in (or doesn’t) to right the ship with Al, but this episode has to be a way of seeing how what we know can only add to why these people make certain decisions. Regardless, Atlanta Robbin’ Season has continued its impressive run this week, providing the sort of authentic look back at a period full of all the humor and drama I’d expect from this show. 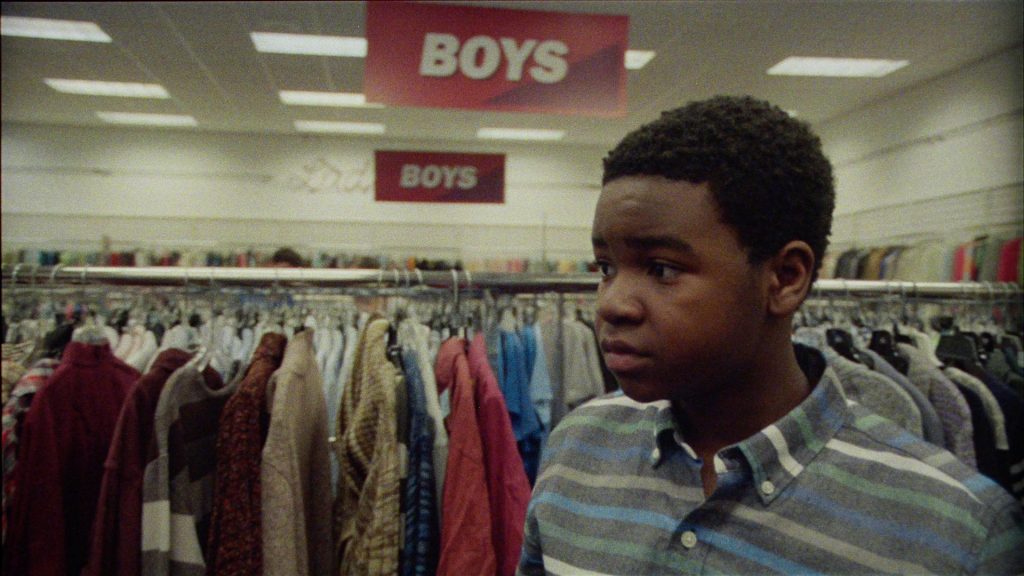 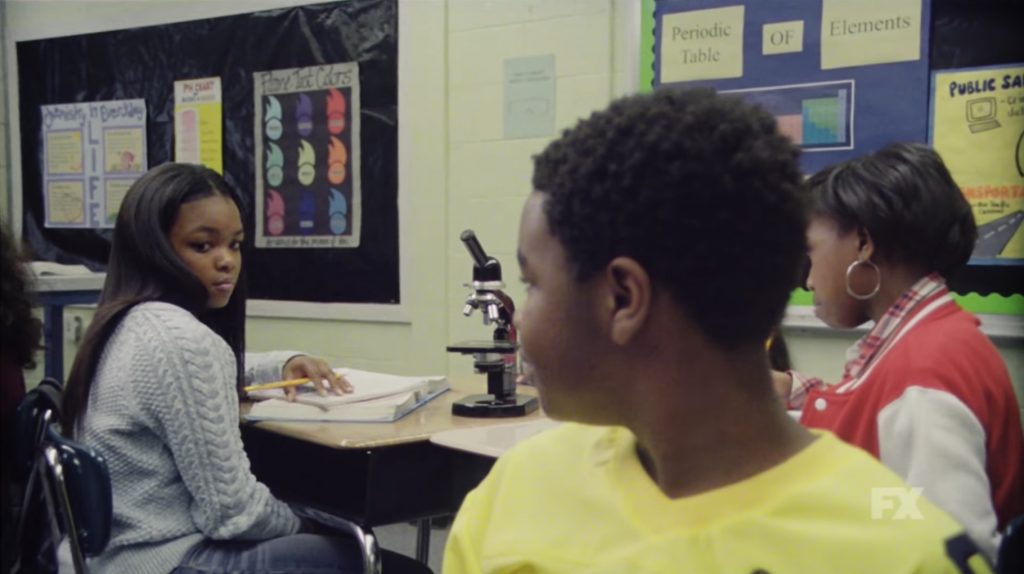 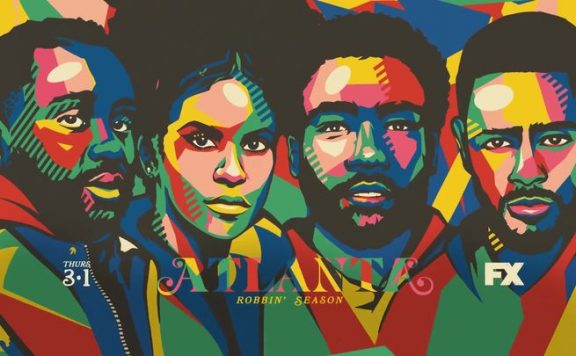