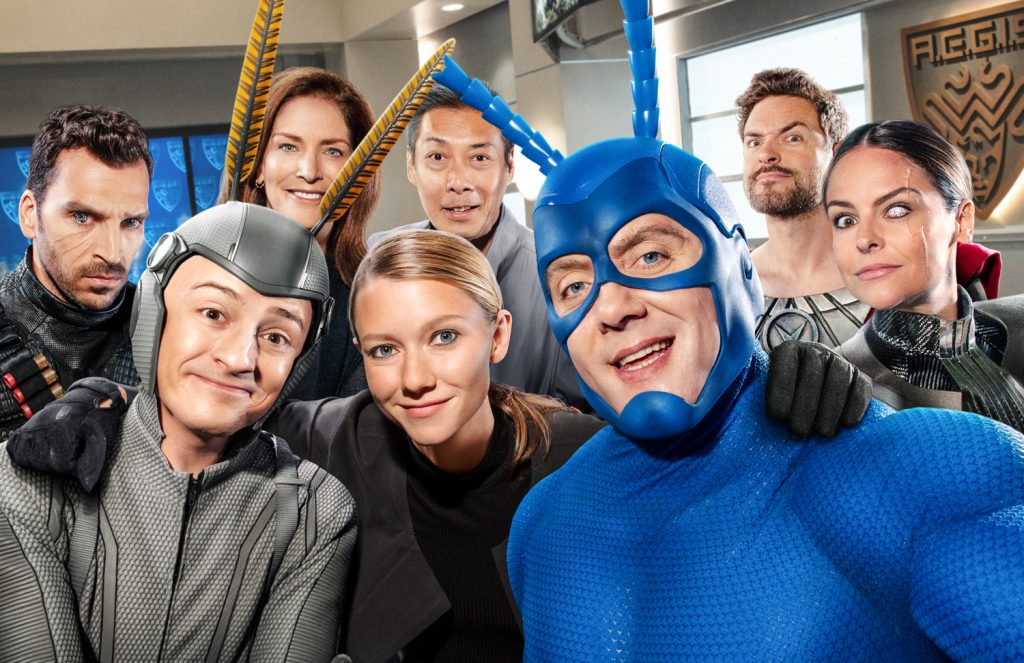 It took over a year, but Amazon Prime’s The Tick is back and better than ever. Whether knowing the character from his comic book days in the 80s, the cartoon series in the 90s, or the short-lived live-action series in the 00s, be happy to know that creator Ben Edlund continues to have his share of input, and it has paid off tremendously for the second season of this wonderfully enjoyable take on the character. The first season may have focused heavily on establishing the characters and tone, but this new batch of ten episodes has a strong level of focus that not only feels like a natural progression but delivers on storylines for all the essential characters, with plenty of room for other new absurdities.

Season two picks up just after the end of the first, with The Tick (Peter Serafinowicz) and Arthur (Griffin Newman) getting much deserved for taking down The Terror, after correctly proving he was still alive, to begin with. With their newfound fame, the insectoid duo has caught the attention of A.E.G.I.S., a government-run superhero organization that has re-opened its branch in The City. Headed by Marc Kudisch’s hard-nosed Tyrannosaurus Rathbone, with assistance from John Hodgman’s constant clipboard-handling scientist Dr. Agent Hobbs, The Tick and Arthur find themselves qualified enough to not only join A.E.G.I.S. but possibly become members of a new version of the Flag Five super team.

As The Tick has always been rooted in satire, it’s no surprise to see the show having a lot of fun with the introduction of a government-controlled center for supers. What’s even better is how the show doesn’t hit its jokes too hard on the nose. You can make various comparisons here or there, but there’s a mix of edge and lightheartedness that has this iteration of the series steering mostly clear of taking direct jabs by expanding its own universe and finding humor in other, smarter ways. 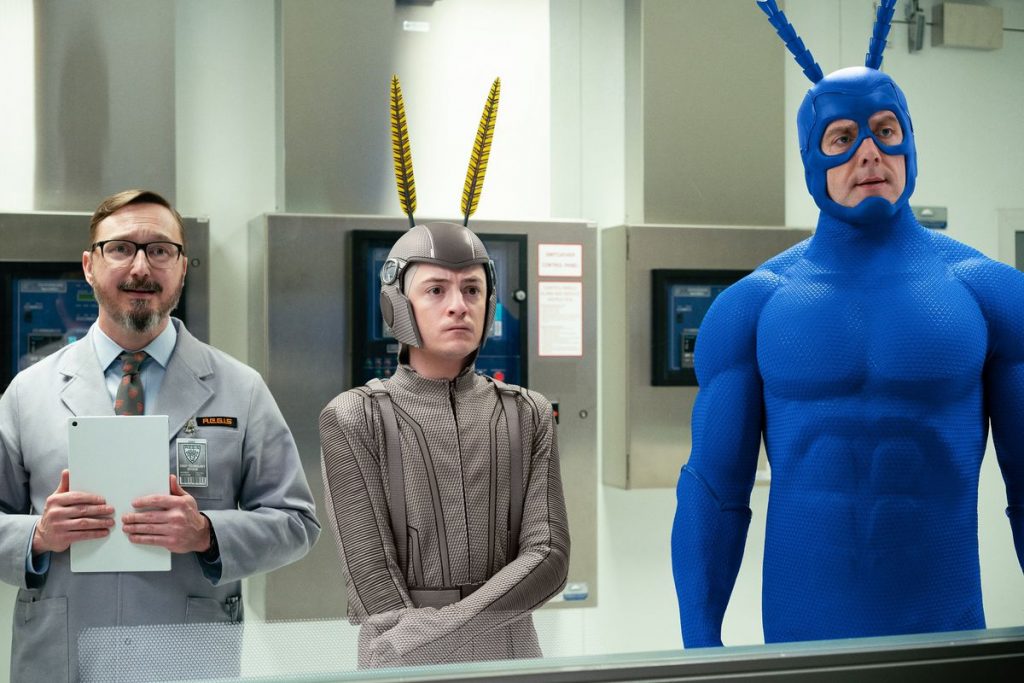 It’s an interesting choice, as season one did find an eventual groove by delivering plenty of plot twists matched with some rather thrilling action. Season two has its share of surprises and action as well, but it’s also happy to be steeped in humorous bureaucratic situations (think Brazil), and villain-related oddities.

Most important is the continued focus on character development. Season one spent plenty of time exploring the neuroses of Newman’s Arthur, with Serafinowicz’s The Tick providing a talkative brawny man always good for a strange metaphor to help kick things into gear. We may not learn more about The Tick, as his origins are still a mystery, but it’s interesting to see how that performance does grow as far as how his advice is delivered to others. Arthur is still a nebbish character (and his suit doesn’t come into play nearly as much), but he has a stronger sense of confidence that benefits where he is now versus last season.

At the same time, The Tick has a strong bench of supporting characters that have plenty to do as well. Brendan Hines’ Superian has an increased role this year, and it’s based around a very relevant idea concerning the social media reaction to a destructive superhero who can’t be trusted. It allows the show to push paranoid news commentators into the mix, giving Superian mixed feelings that lead to various forms of meltdowns (and one great Superman: The Movie gag). Fortunately, the show does its best to keep him involved with the other characters, allowing Arthur to bounce off of the guy in some enjoyable ways. 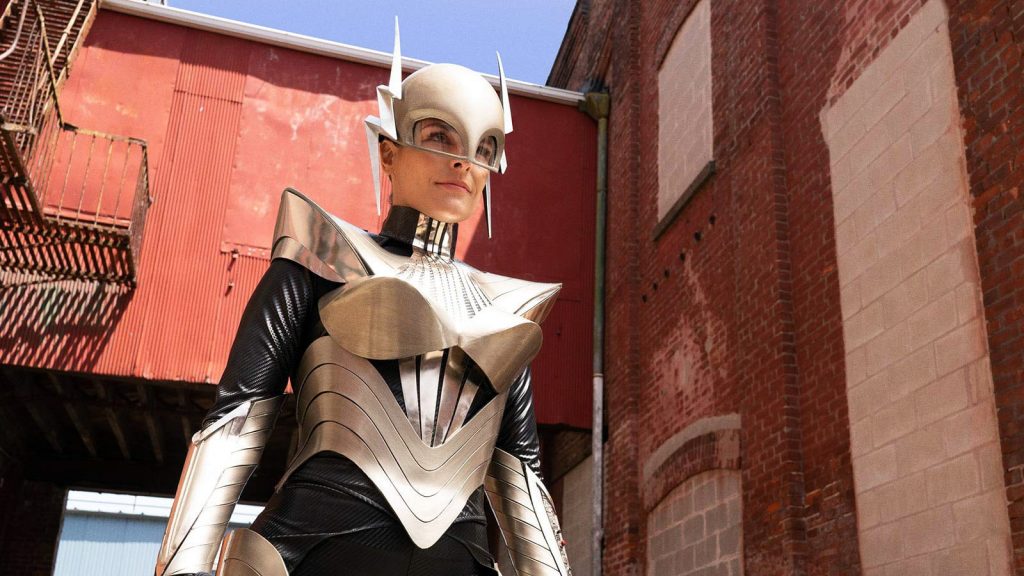 Yara Martinez’s Miss Lint is back as well and is given one of the more interesting arcs of the series. As a supervillain who had continuously been taken down a notch due to judgment by her skeptical male superiors, the presence of A.E.G.I.S. allows Lint aka Janet to take unexpected steps as far as her new plan to hold power over her enemies. As much as I like Jackie Earle Haley, his presence as The Terror felt like a way of blocking the audience from getting more out of the absurd villains that are a big part of the makeup of the various Tick series. With him out of the picture, characters like Lint, and some others we meet, get the upgrade needed to fill out the world.

With that in mind, while I didn’t have an issue with the tone and content of season one, there’s a notably friendly vibe for these latest episodes, which I actually think puts the show in an even better light. There’s still violence and some language, but it’s been toned down. Whether its to show these heroes as better role models for a younger audience or just some honest to goodness hard work on best understanding the tone needed for a show like this, there’s a real benefit in letting the more adult elements come in the form of solid character drama to help round out the show’s inherent goofiness.

Speaking of darker elements, however, the ever-brooding Overkill (Scott Speiser) is back as well and shares plenty of time with Valorie Curry’s Dot, Arthur’s sister. While the Everest siblings may be a bit too protective of one another, Dot and Overkill get to have an interesting relationship of their own, which develops both characters in surprising ways. Additionally, with more Overkill means more Dangerboat, the A.I. controlled powerboat voiced by Alan Tudyk. This wild and totally fitting element of the show continues to be a blast, but you also have to give it up to the showrunners for finding a way to deliver on an episode focused on Dangerboat’s tragic backstory (yes, the boat has a past worth revealing). 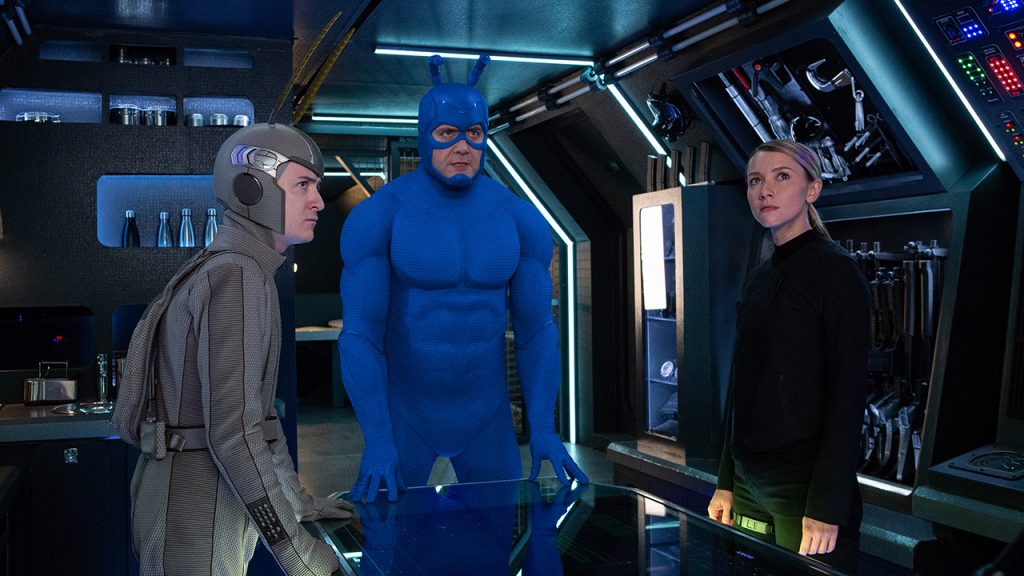 As mentioned, this season also finds time for plenty of new characters, particularly superheroes, who help grow the superpowered nature of this series. It leads to fun additions like Flexon (Steven Ogg), a retired stretchy man who still works as an attorney, as well as the powerful third-nipple holder Sage, and BronzeStar, a man designed like those bronze-colored statue men who remain completely still. Each is ridiculous yet locked in as far as what purpose they serve in the series, which is the same thing you can say for the various adversaries. I won’t delve into some of the surprises, but we do have to deal with a villain referred to as Lobstercules (Niko Nedyalkov) early on, and plenty is going on under its tough-to-crack shell.

The best thing about this season of The Tick is how it lives up to the promise made in season one. While plenty of fun in its own right, having those origin stories out of the way means getting to play around with what kind of show this can be. It’s consistently funny, bright and colorful in a way that speaks to the spirit of the show (the new costumes look great too) and packed with distinct characters. It’s thanks to having a strong core cast that you can both root for them to succeed, while also sharing in the absurdist joy that comes in the form of quick Tick quips, running jokes about croissants, or even in the way Superian pronounces “hashtags.” I’ve been a longtime fan of Edlund’s Tick, and it’s nice to see that he’s found a way to update the character and series in a way that brilliantly captures what he had in mind; enough for viewers to position their antennas in anticipation of more (and hopefully very soon). 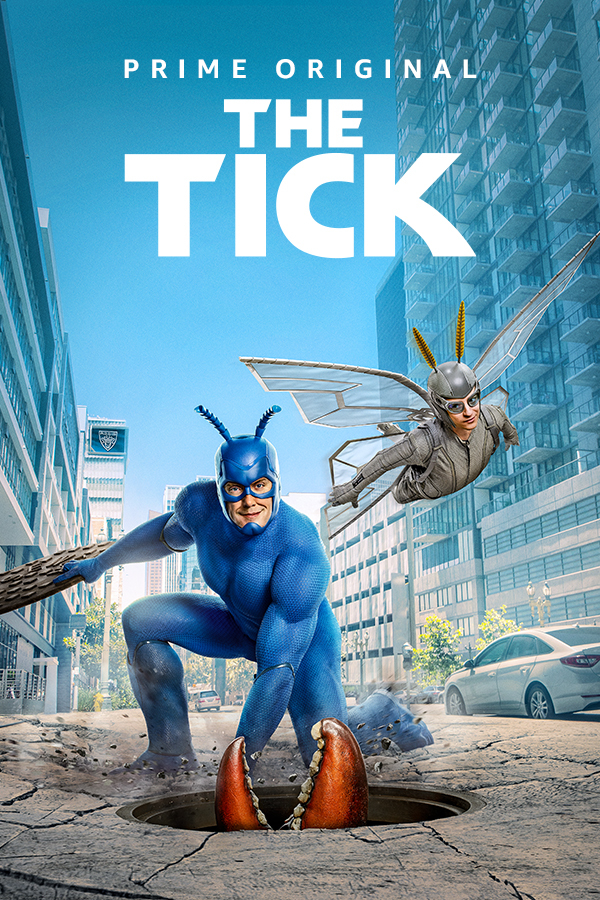 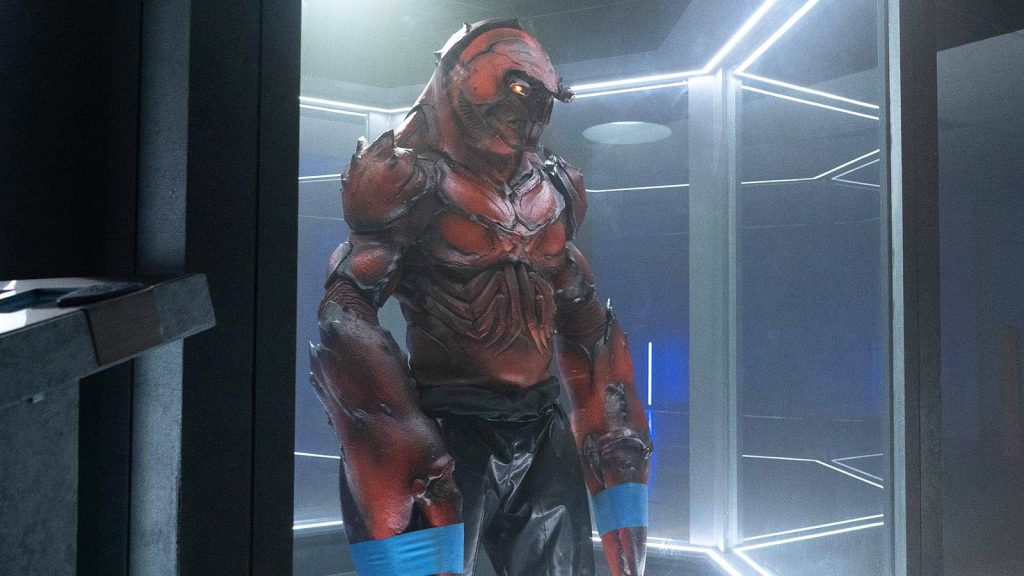 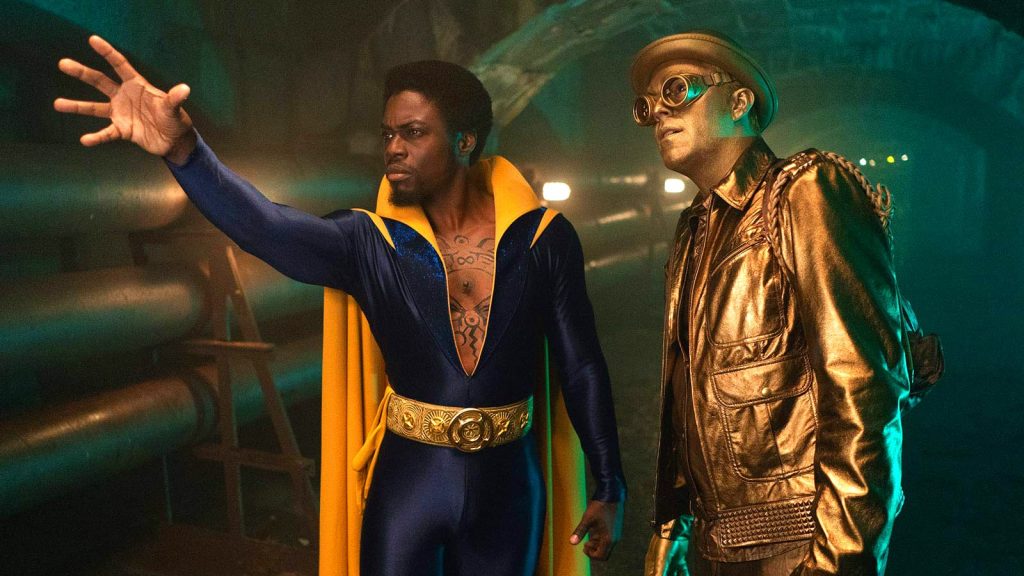 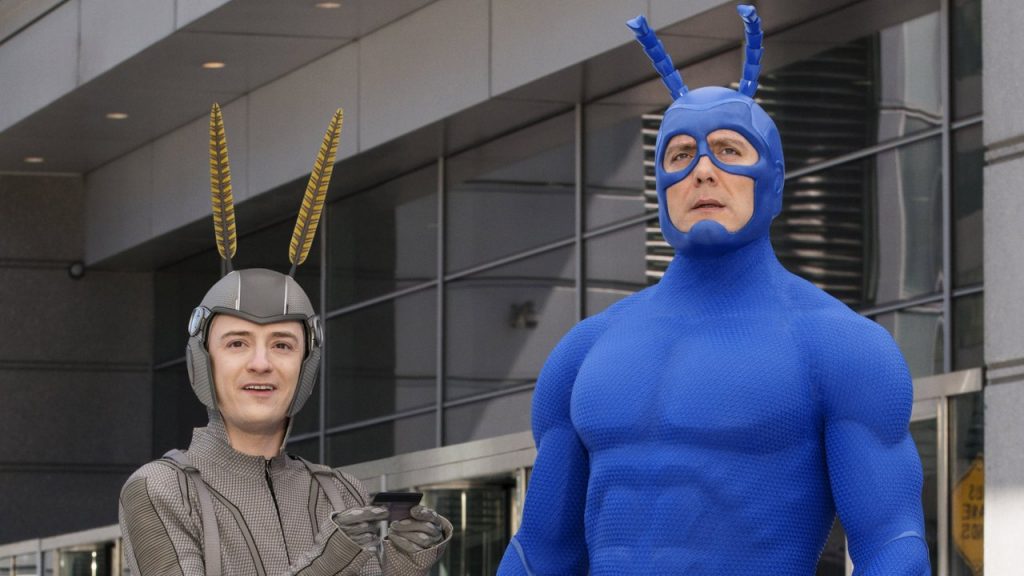 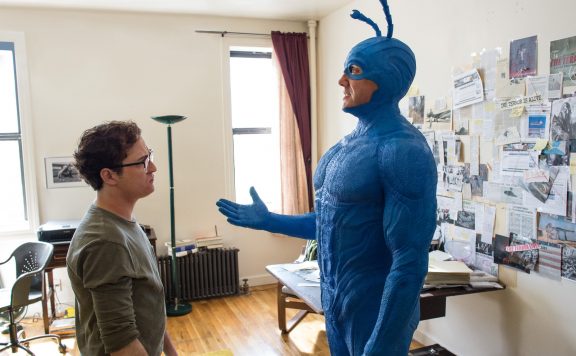 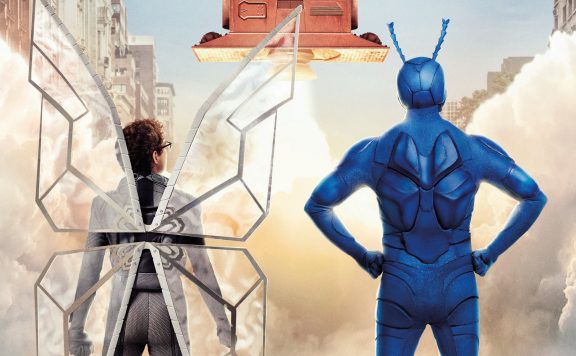