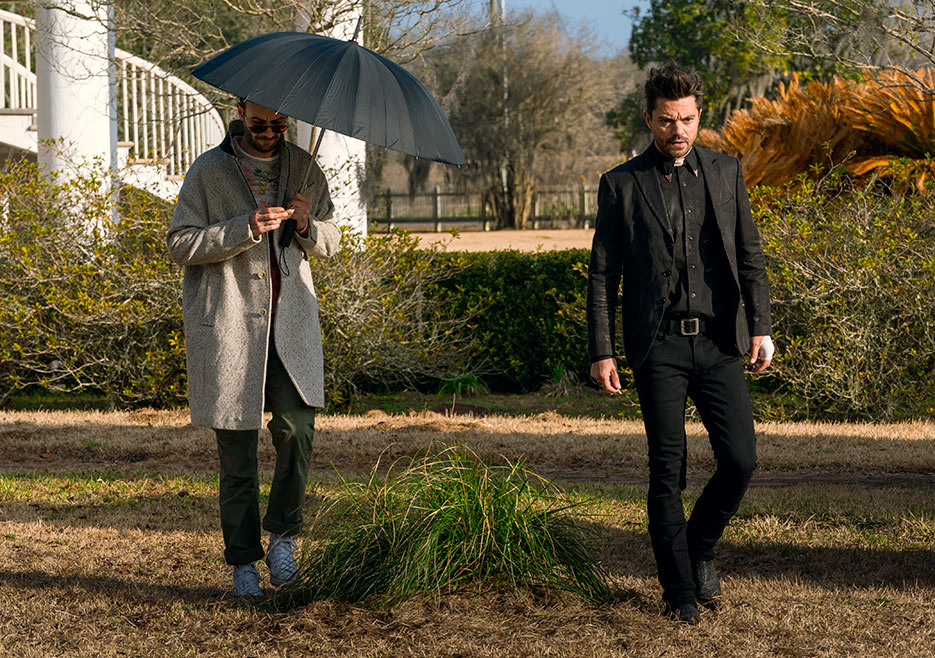 When we last saw the group of anti-heroes we’ve been following in Preacher, things had hit a bit of a rough patch, to say the least. Tulip (Ruth Negga) had been shot dead, and Jesse (Dominic Cooper) and Cassidy (Joseph Gilgun) were not on the best of terms. Their best bet was for Jesse to return to his former home of Angelville, which is where we pick things up in the present. The result is a relatively straightforward episode, which is impressive for a show so quick to go off the rails when it comes to the levels of insanity associated with the vast assortment of ideas, plotlines, and characters Preacher has picked up over the course of its first two seasons. Of course, it’s also just as well that audiences get a chance to sit with what matters, which is the core group that has to deal with so much craziness on a daily basis.

The big reveal for “Angelville” comes in the form of Jesse’s evil, old grandmother, Marie (Betty Buckley), along with her henchmen T.C. and Jody. Before we even get back on track with Jesse and Cassidy’s race against time to save Tulip, the episode has a prologue setting up these characters, with the rest of “Angelville” working as both a story about saving Tulip and keeping us clued in on the people Jesse grew up with. It’s telling that Preacher seems to hold back on the real evil Gran’ma Marie represents, as there isn’t all that much to get worked up over based on the actions of these characters that seem in line with the kind of person Jesse grew up to be.

Now to be clear, any episode that has a grandmother slicing open her daughter to be clear on something indicates a family with some rough edges, sure, that’s fair. However, compared to the ominous scenes from season two that presented some of Jesse’s past in a manner that spoke to a horrific upbringing, getting a reveal of a woman that actually does save Tulip, along with a couple of goofball henchmen can only do so much to satisfy the amount of tension leading up to their real introduction into this series. We have many weeks to come to show just how horrific these people are, but for the time being, I guess we’ll need to settle in, as Jesse finds himself back in a world he so clearly wanted to escape. 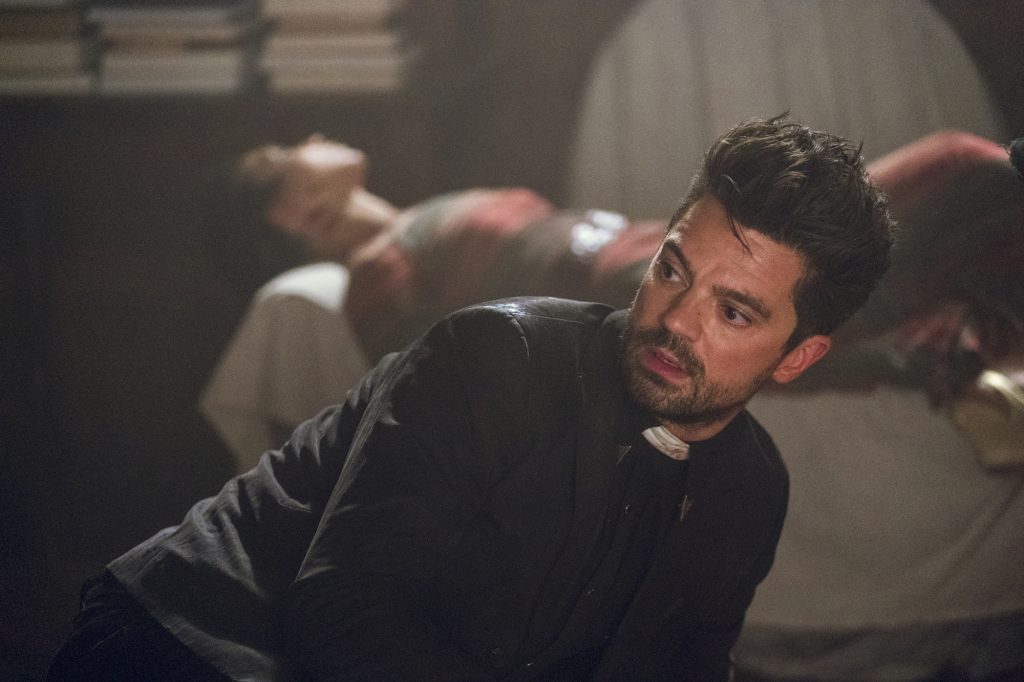 That’s getting ahead of things a bit though, as there was still a lot of this episode focused on Jesse’s steps to get what he needed to bring Tulip back, along with some diversions by way of visits to purgatory to check on Tulip. While not as big and action-packed as the season two premiere, there was a fitting sense to wrap up the cliffhanger from that season, which allowed for a focused season three premiere. If that meant getting merely one fight scene with Jesse (who had to take on the bigger and quite imposing Jody), along with watching Tulip deal with her past by way of a sitcom staging of one of the big moments in her young life, I could at least say there was success to be found in the delivery of these ideas.

As far as getting anything else out of this episode regarding what the show is about, that’s all in the background this week. A newcomer to this series wouldn’t even know Cassidy is a vampire, based on how low-key everything played out, relatively speaking. Jesse’s mission to find God is on hold (though God did make an appearance for Tulip), the Grail is nowhere to be seen, Eugene and Hitler are still out there somewhere, and The Saint of Killers is also still presumably on the prowl. I look forward to catching up with these elements of Preacher, but it was interesting to watch an episode that took so much weight off its shoulders to keep the focus on saving a member of the cast. Even if there wasn’t any doubt that Tulip would come back to life, it’s nice to know we could spend an episode caring about this dilemma.

Where things go from here will be interesting to see. We will surely be dealing with what Gran’ma Marie has in store for Jesse, now that he owes her a favor. There’s also all the other plotlines and characters I just brought up. If Angelville is really supposed to be a hellish landscape for Jesse to have to deal with, it will surely provide a lot of wild ways for this show to deliver on the action and mayhem that’s sure to pop up with so many nefarious characters around. For the time being though, Preacher is back, so let’s look forward to where Jesse is taken in his mission for the next several weeks. 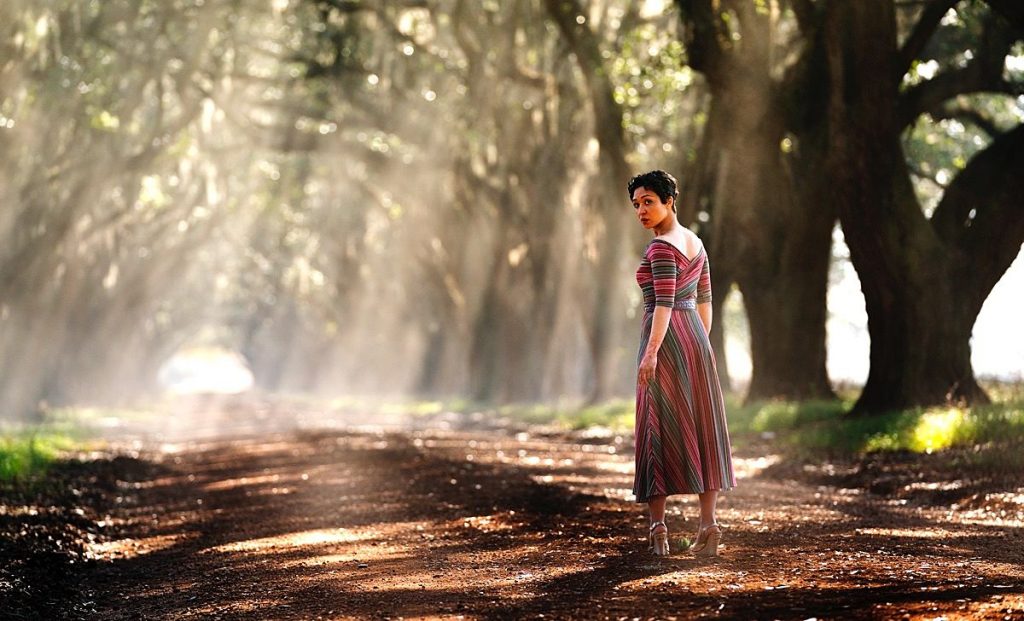 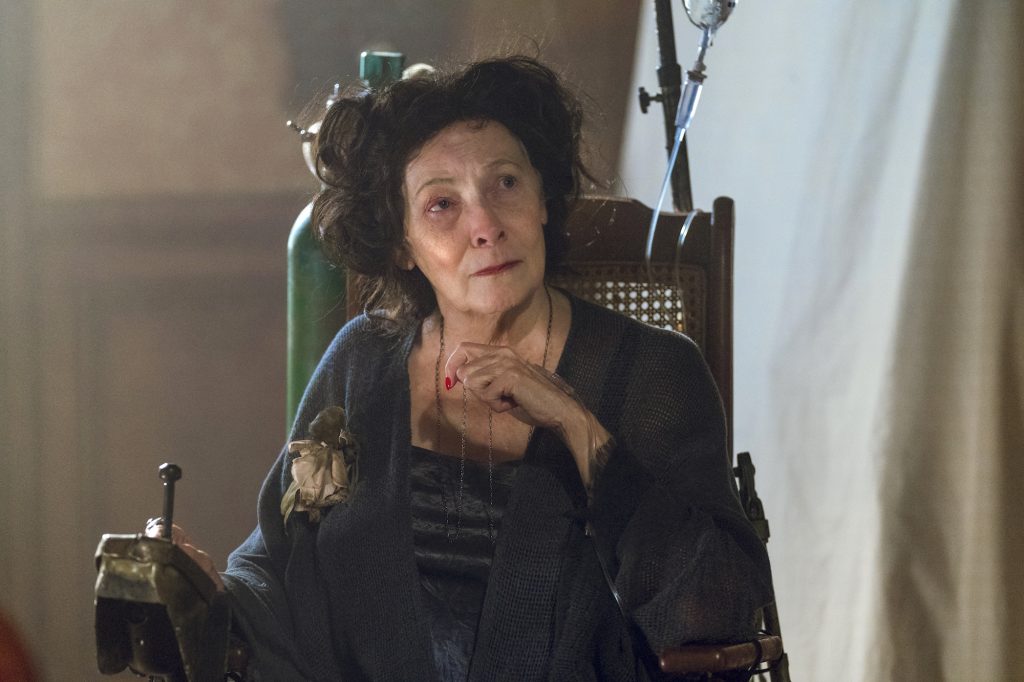 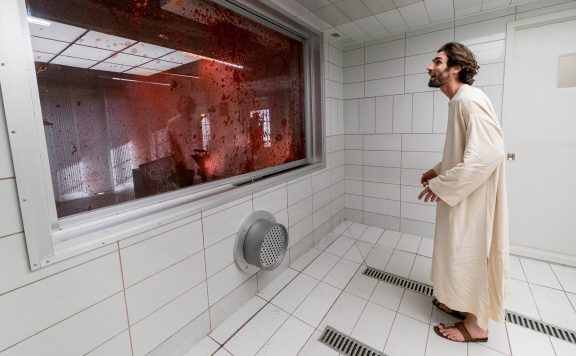