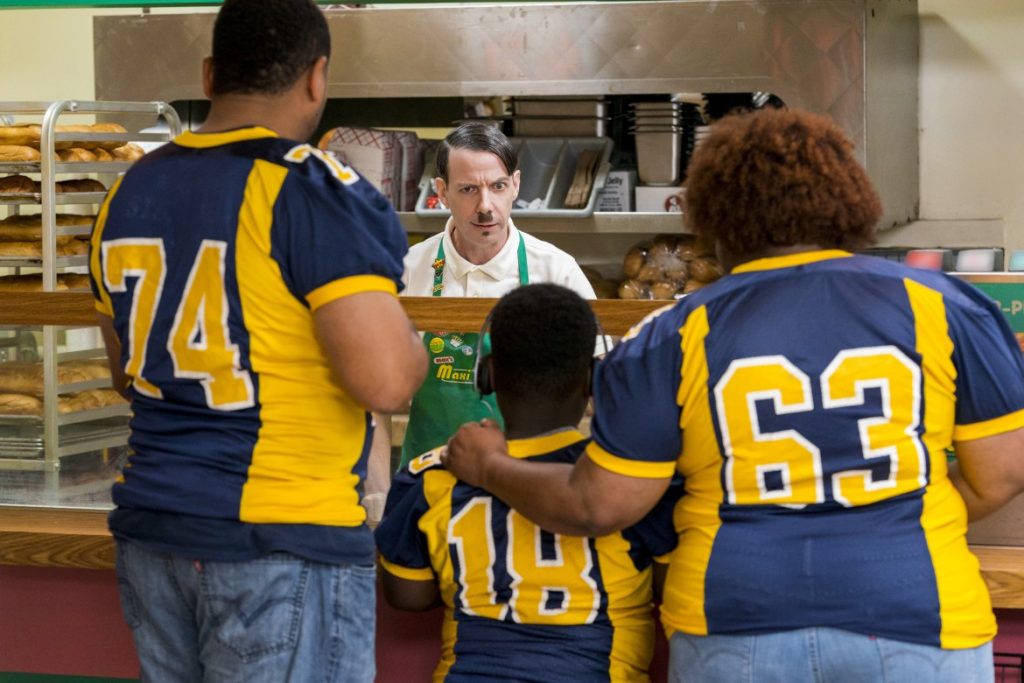 The only irritating part about going over my thoughts of this week’s Preacher is having to address the opening. “Hilter” begins with a look at Hitler’s life outside of Hell. I wasn’t a fan of involving Hitler in this series, as I don’t know what it accomplishes outside the initial shock humor of this particular depiction. Calling back to the character this late in the season was inevitable since Noah Taylor’s been a credited cast member all season, but it’s just a reminder that I’m fine not worrying about the story of him and Eugene. That said, “Hitler” has a lot of other things going on that I was quite the fan of.

At this point in the season, everything has to start tying together, and I’m a big fan of how The Grail and Angelville have now collided. With Jesse stuck in the middle, we are at a point where two antagonistic forces are present and allowing for the story to start surging forward. It’s even more interesting that this particular path does not rely on these characters getting into violent confrontations (aside from the current relationship between Tulip and Featherstone). As it stands, everyone apart from Gran’ma Marie is stuck in something of a stalemate, so cooperation is the only plausible move.

With Starr in need of a way to stop the Allfather, he’s made his way to Angelville and negotiates a deal with Marie. Every sort of awkward exchange that I would expect with Starr having to deal with these people takes place, which easily makes this some of the more entertaining stuff to come out of Angelville. Given that season three has had a rough go of making this location the sort of threat I’ve been wanting to see it as, settling for solid humor (which can help build tension and suspense) is what I’m happy to count on at this point. Making this turn of events all the better is placing Tulip and Featherstone in another room, and having them go at it verbally and physically. 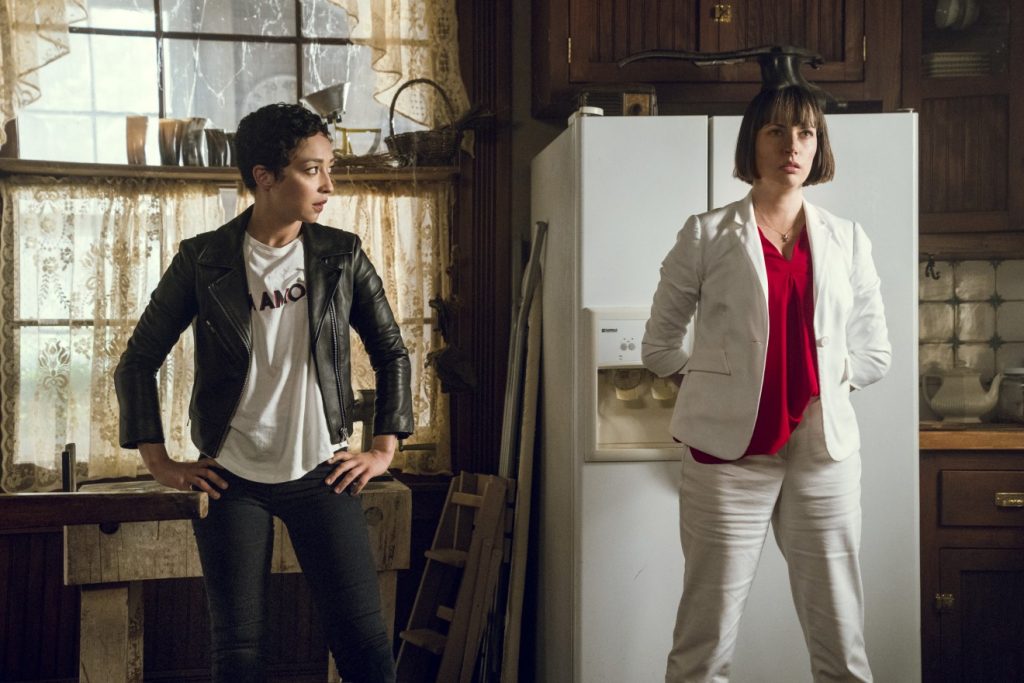 There may be something to say for the show making excuses to involve Tulip by way of a side quest, but it has lead to great material this week. The scenes finding her matched against Featherstone are fun, placing her in an undercover scenario setup is great, and I’m looking forward to seeing this Osaka mission play out next. As opposed to a dour, PTSD-addled Tulip from last season, this finds the character in a better and more entertaining position.

Speaking of which, Cassidy is having a great time as a free-living vampire. Under the spell of Eccarius’ char, Cassidy has been made to feel as if he’s right at home and doing the right thing. Even with Hoover and a gang of vampire-hunting Catholics getting the drop on them, Cassidy was quick to fight back and win, only to further find himself under the spell of his new lover.

This, of course, means something terrible had to happen, and so Eccarius is really a murderous vampire that feeds on his followers in multiple ways. Since Cassidy is a huge part of this show, the other shoe had to drop, but I’m fascinated by this external story taking place in his universe. Whether or not Cassidy can figure things out on his own, it’s been a nice ride for the Irish vamp, before going back to Jesse and Tulip. 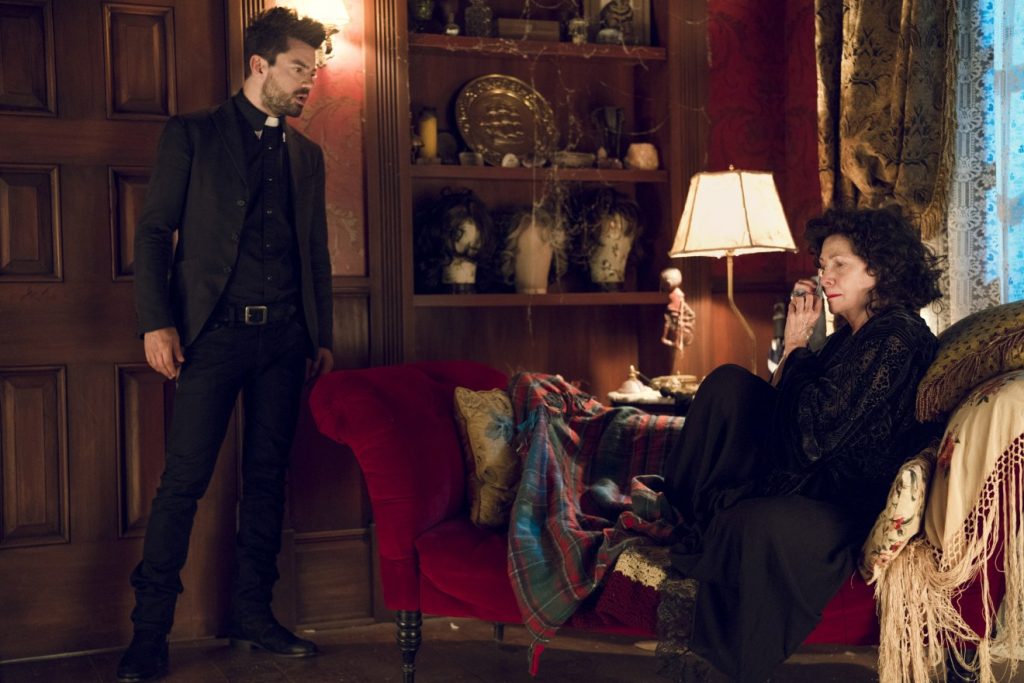 Jesse gets plenty to work with this week as well, although he’s more support to Starr and Marie. We get good material from Marie this week, as she provides more understanding about the relationship she shares with her grandson. There’s a viciousness to what we are seeing with her handling of Jesse, but also clearly evident compassion that complicates things. Obviously, Jesse will have to get Genesis back eventually, but we still get to wait in anticipation over what sort of comeuppance Marie will finally get, which will presumably challenge Jesse’s take on his family.

Meanwhile, he has to deal with Starr, who needs Jesse’s help. Starr is smart enough to have found a way to get to Jesse – his word. This is a smart move, as Jesse is now in a position to get back the missing piece of soul, but will be obligated not to make Starr kill himself (or whatever else). It’s all a good build up to the episode’s cliffhanger ending, where the Allfather is ready to see Jesse be handled. Add to that T.C.’s reveal to Marie that Genesis is somehow in play, and we have a season that’s really cooking up some exciting final few episodes.

“Hilter” is a terrible title for this week’s episode, but a solid time spent with Preacher. The episode gets to have a lot of fun with the real lead characters, the scenarios they are in, and the raising stakes involved between them. I’ve noted my irritation with the lack of terror that should come from Angelville, but I’m happy with where we are at this point. The show may not always win me over with its direction for plotting out a season-long story, but I’m happy to see it find its way. That’s especially the case when you have an episode as fun as this. 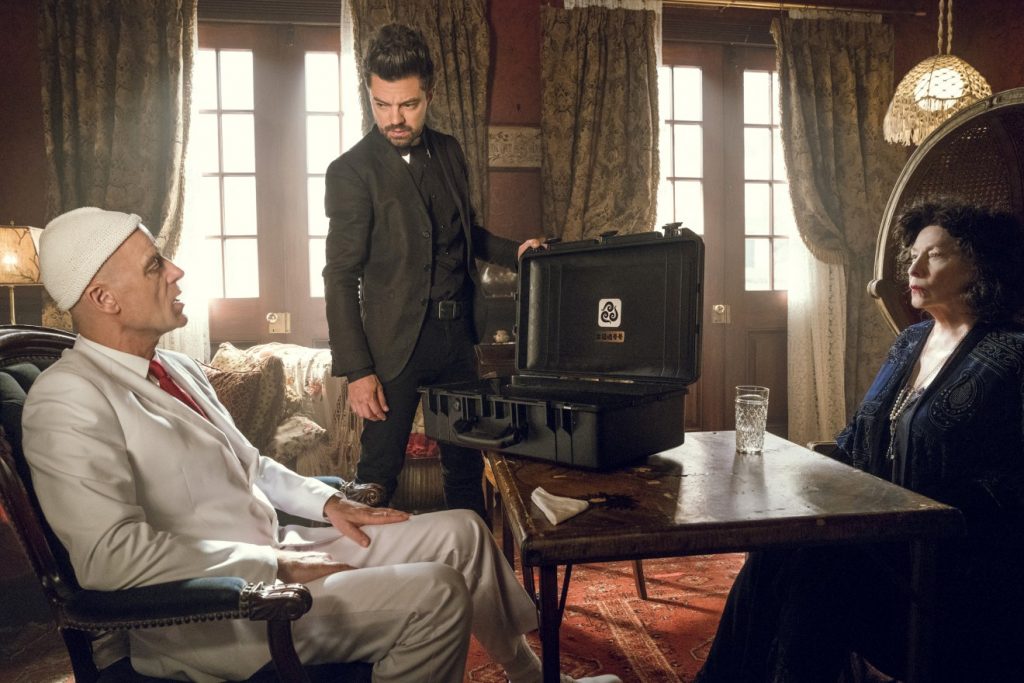 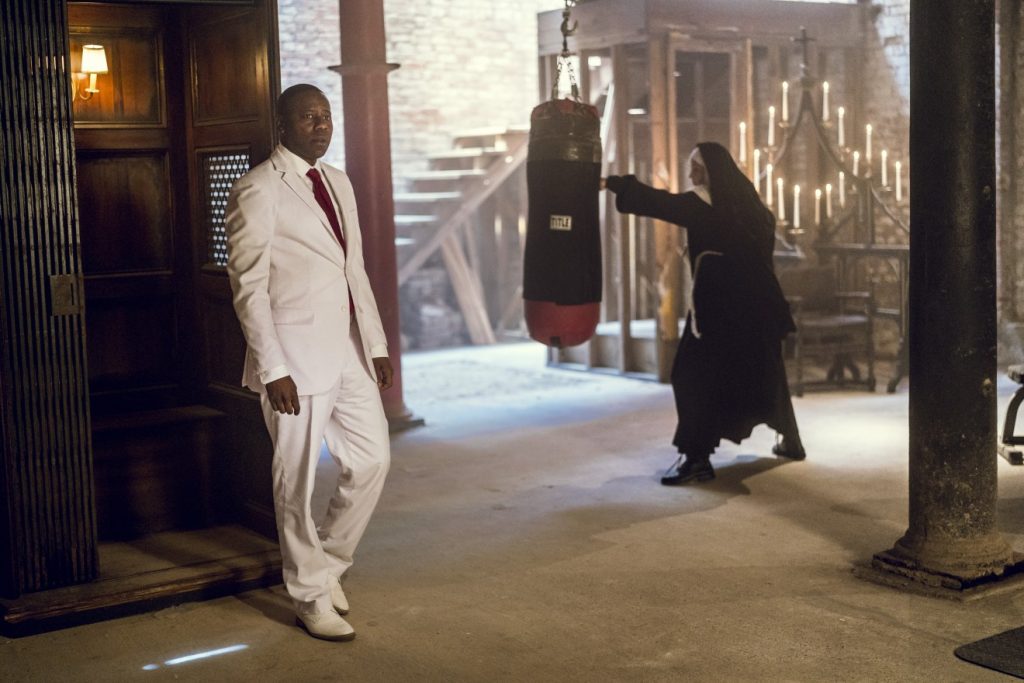 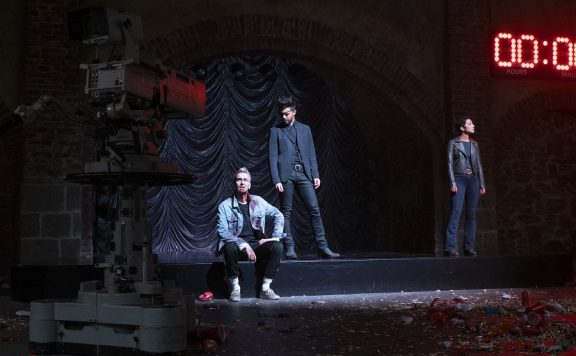 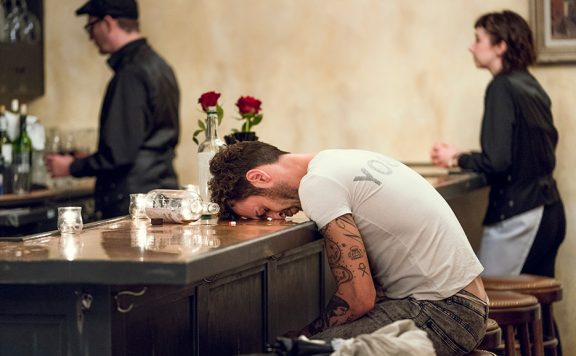