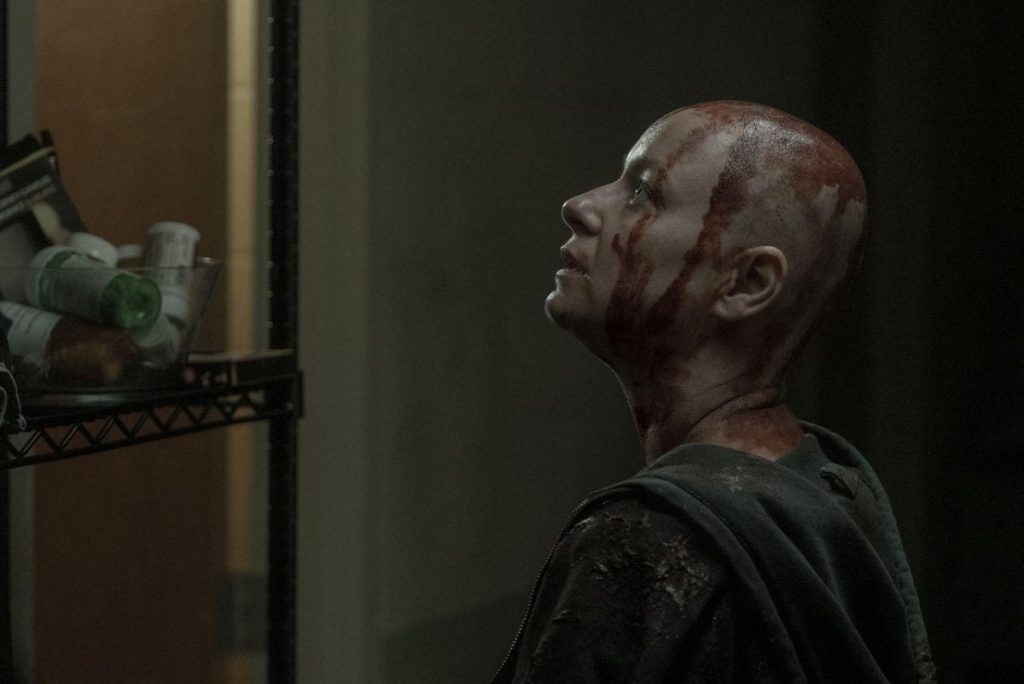 Like it or not, villains are a big part of The Walking Dead. I may have had my fill when dealing with Negan and his crew of idiot bullies during the “All Out War” seasons, but the Whisperers have proven to be more exciting. It’s a mix of the threat they present and the comic book-level weirdness they inspire. Much like the garbage scavenger folks, the Whisperers represent the weirder side of The Walking Dead, which is something I’m happy to see. In “We Are the End of the World,” the show took time to go deeper into the relationship between Alpha and Beta, and I’m honestly thrilled to have more insight into such a unique villainous duo for the rest of the crew to deal with.

There is no sign of any of the series’ regulars this week, outside of a brief shot of Carol that ended last week’s season premiere. No, this week is all about presenting the origins of Alpha and Beta’s partnership. We also get a look at what they were up to before seeing the crashing Russian satellite that looks to shake up the uneasy truce between the Whisperers and our heroes. As one would expect, this crazy couple got along from the start, even if it was a rough road in building a sense of trust.

Even before the meeting, however, we get a brief look at Alpha and her daughter, Lydia, roaming the world, and spotting a doomed woman eaten alive, just outside of her minivan. It’s a disgusting sight that sets Lydia off. This leads to Alpha and Lydia entering a random building and encountering an intimidate masked man, armed with a huge knife. This would be Beta, but the episode builds up to Alpha providing the man this name. 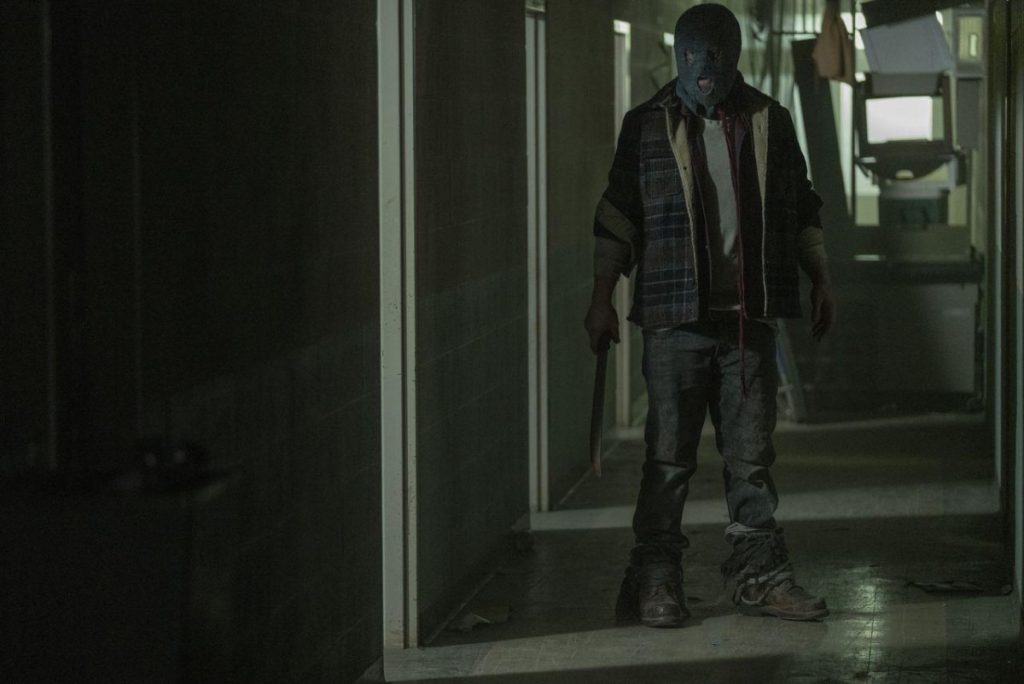 While the graphic novel has a bit more fun with the identity of Beta, the series goes in a different direction (for now, I guess). How fitting is it that Beta currently resides in a psychiatric facility? With the subtlety of a sledgehammer, we quickly see the fragile state of mind Beta has, even as Alpha does her best to form some sort of alliance. Both Samantha Morton and Ryan Hurst do plenty with their scenes together, playing up the weird vulnerability they have around each other in these flashbacks, as well as the strangeness they both recognize in each other.

“We’re all monsters now,” Alpha states, getting on Beta’s good side quickly enough. Of course, as well as they work together in taking down walkers, her attempts to get close backfire, spinning Beta into a rage. At the same time, Lydia is on her own mission to prove herself. Wanting to be tough like her mother, she attempts to give up her stuffed rabbit. It’s all a way of getting these three into an area Beta doesn’t want anyone to go but allowing us a bit of insight.

As we learn, Beta had a connection to a man in some way, based on a photo featuring the scratched-out faces of the two of them. He’s still around in walker form, but Alpha takes him out. After calming him down, Alpha convinces Beta this man can live on with him, prompting Beta to cut off his face. So, Beta is apparently wearing the face of someone very special to him. Yes, this show knows how to get weird. 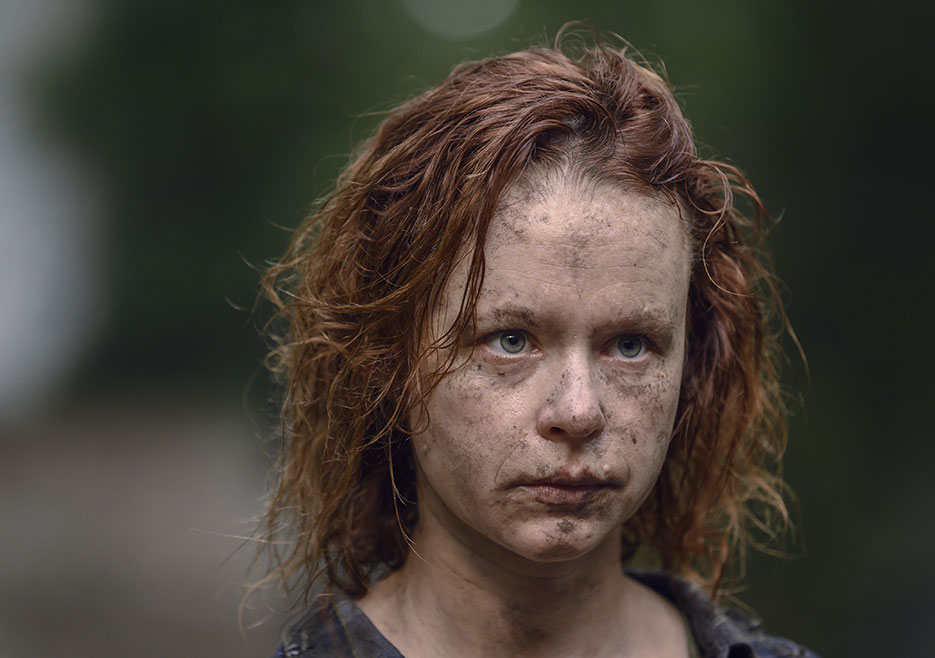 The present finds things escalating to a changing of ranks. Last season we met Frances, who had a baby she was forced to give up. Frances is having problems, and her sister Mary (new cast member Thora Birch) eventually realizes the only way to help is to sacrifice her kin. Leading up to all of this, though, is Alpha’s struggle to handle what is clearly a problem for her group of Whisperers. This is something Beta clearly recognizes.

What I’m enjoying about all of this is the power dynamic and the performances. We are learning just enough about how the Whisperers operate to see why they are threatening yet controlled in their intense ways. At the same time, with more context for Alpha and Beta, the shared history between them makes their struggles have more weight. Not hurting is any sense of bravado that undercuts their worldview. This isn’t the Governor or Negan, men who enjoyed the power they had. There may be undercurrents that defy Alpha’s mission (she lied about killing her daughter, after all), but nothing is betraying what they are supposed to represent in their heads in a way that would take me out of this series.

As I’ve said, The Walking Dead deals with villains frequently. This week gave us more to grasp regarding the most exciting threat our heroes have had in some time. In addition to learning more about the Whisperers, we’ve been introduced to Birch’s newly-dubbed Gamma. With the hold over the land they possess, seeing things ramp up as far as a Whisperer war is concerned will prove to be quite deadly, but at least everything has been set up very well. 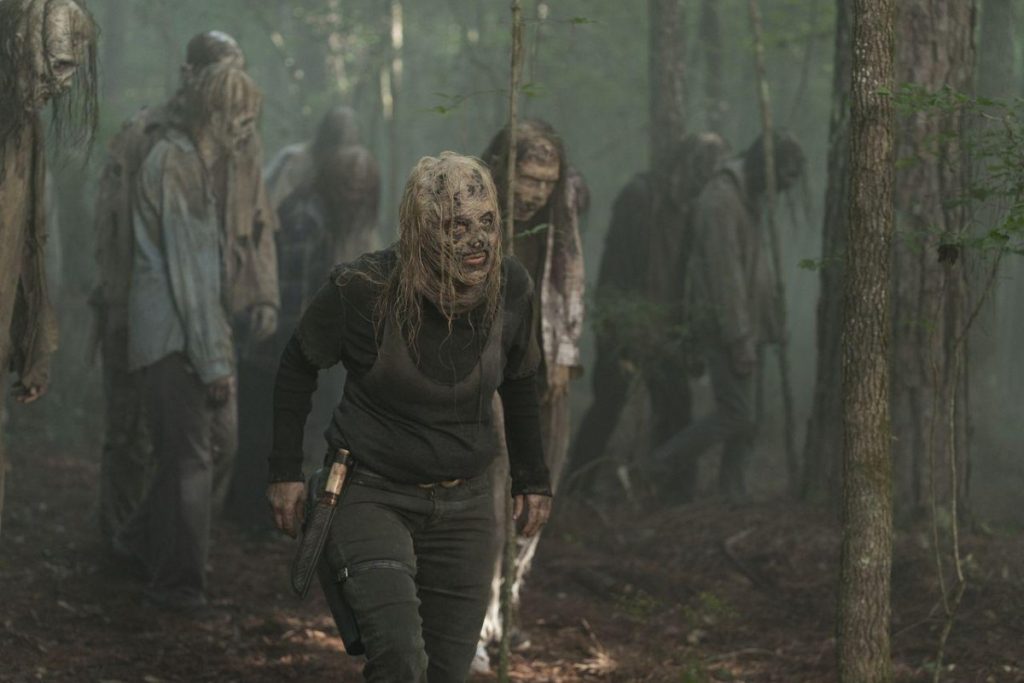 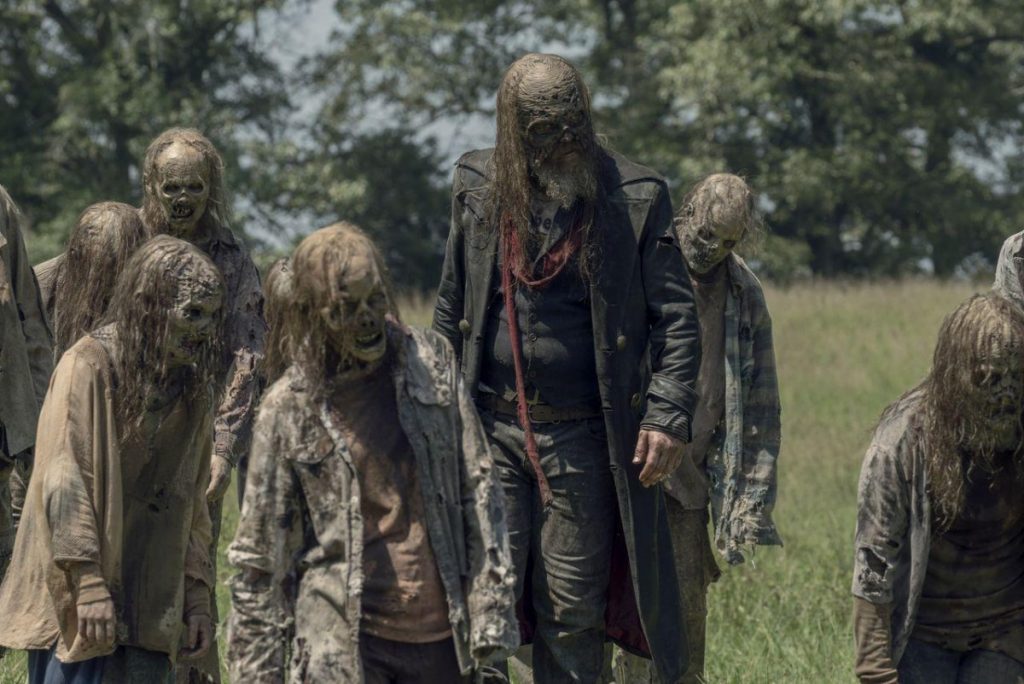 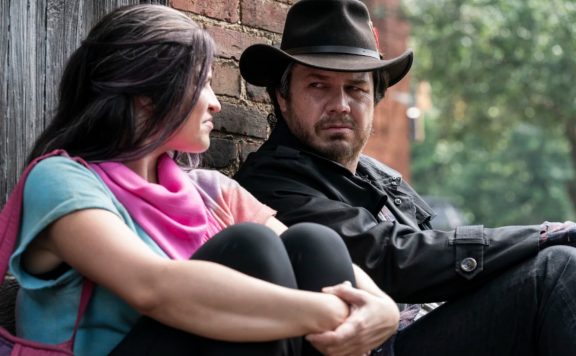 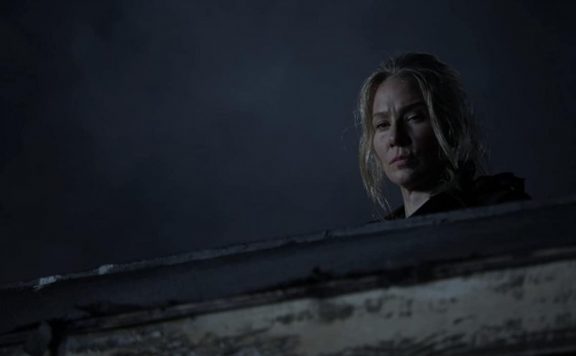