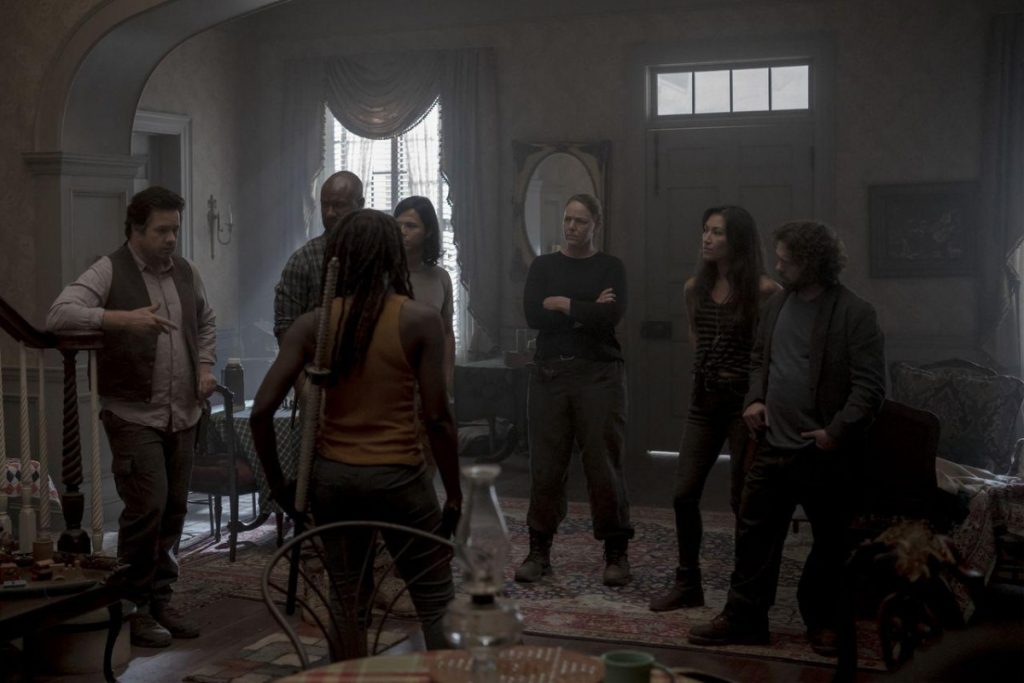 Despite earning a mention in the title, we actually take a break from the Whisperers on this week’s The Walking Dead to deal with paranoia concerning them. “Silence the Whisperers” is a bit all over in terms of tone, but it does give us a chance to take a look at how the various communities are handling the presence of the Whisperers as a continually threat lurking in the background, and using a couple of scapegoats as a way to vent that frustration. This episode also continues to show what progress the series has made in letting the larger ensemble have a chance to speak up.

Interestingly, everything begins on a relatively innocent note. Of course, this means things will go bad any second, but the opening minutes find Daryl joining a group for a friendly dinner. Carol seems to be coping with last week’s events but is working on it. Magna and Yumiko are having their time together. All of this comes to an end thanks to a fallen tree on a wall at the Hilltop. Was it an attack by the Whisperers? Was it random? It all fuels speculation.

I’m of the mind that a tree falling in the woods and everyone around to see it is likely a situation of chance. Alpha and her crew have better ways to go after our heroes if she wanted to, which we’ve already seen in the past. Regardless, this episode does once again find our survivors fighting hours on end against waves of walkers. We get more chances to see the newer cast members in action, with a reminder of the effective use of slingshots to go along with bow and arrows, and whatever heavy tool now-skinny Dan Fogler is using to help hold them back. 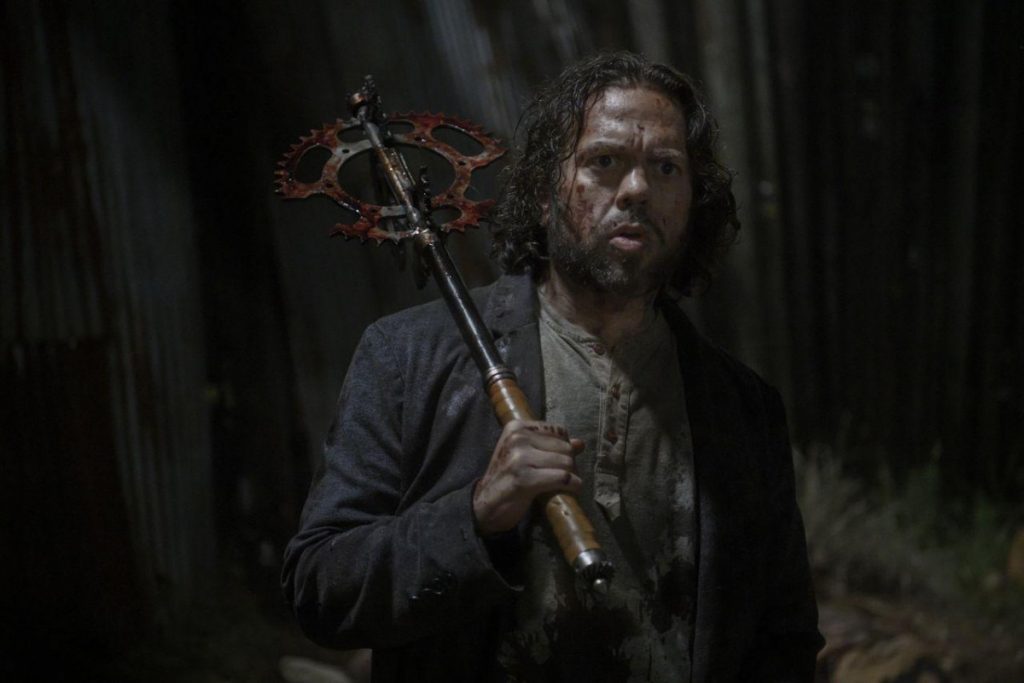 This is a subplot of the episode, though it does feel important enough, as a tree falling on the Hilltop is seeing the barrier of safety get shattered for our heroes as a whole. It means fighting off the outside, but it also means working together to solve the problem. There are other problems to worry about, but seeing Michonne, Eugene, and others figure out the best solution is a fine way of letting us know how close-knit everyone is at this point. There’s less focus on who shouldn’t be involved and more respect given to those who are the right people needed in a time of crisis.

Sadly, this isn’t quite the case for Alexandria. With the looming threat of the Whisperers, there are some rotten eggs that are not taking well to Alpha’s daughter, Lydia, walking around town. It’s an understandable sense of resentment, but things are, of course, taken too far. Props to Lydia for fighting back by just acting weird and cutting open an animal on a table in front of her bullies. It doesn’t end well though.

Being ambushed in the dark, in a 3 on 1 fight, is no way to handle anything, and it’s bad luck for the bad apples that Negan has been looking out for Lydia. In his attempts to defend the helpless kid, Negan accidentally kills the one woman who still wants revenge for the death of the Highwaymen (a group I still wish lasted longer). That action puts everyone against Negan, once again, making it time for a discussion amongst the council to figure out what makes sense. 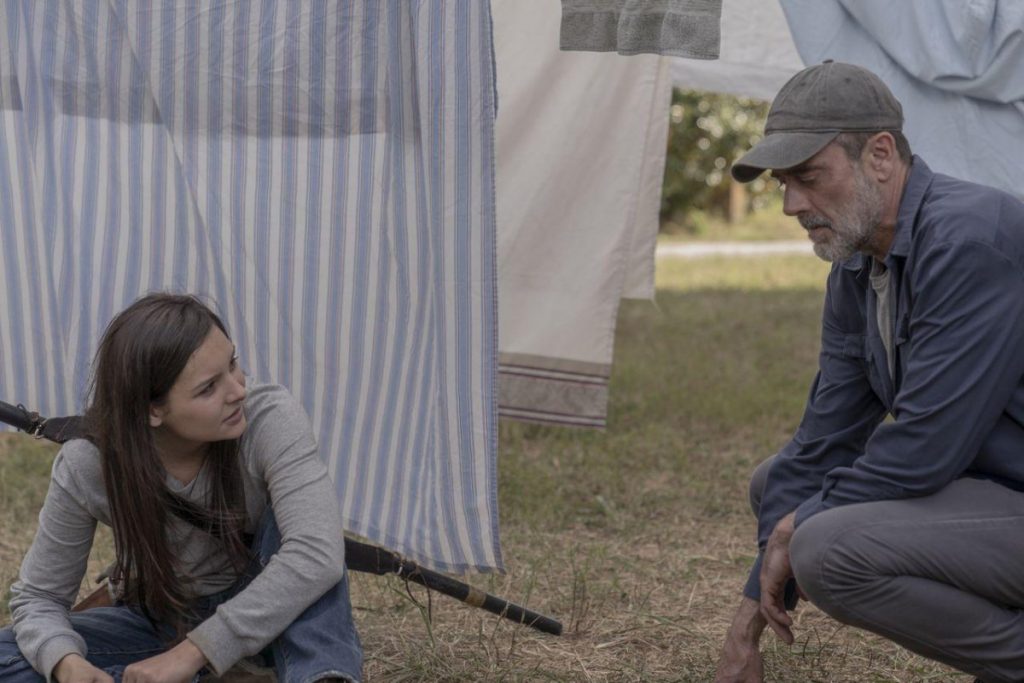 There’s a lot to look at here. Most interesting is how much I suddenly care for Negan in this situation. I’ve not been shy about showing my disdain for his portrayal in this series, with only moments registering as the right blend of his schtick with an actual character. It’s not a fault of Jeffrey Dean Morgan, I’ve just always been apprehensive toward the abrasiveness of his character and his band of violent idiots. Putting Negan in jail hasn’t helped much, but finally letting him free enough to discuss things with others and have more than sage asshole wisdom has given him better layers to play on.

It especially works when putting him with Lydia, who he can easily relate to. Daryl is another character that pushes him the right way. Despite feeding the man dog food, there hasn’t been a lot of interactions between these two characters (likely because having Daryl with Negan too long would make the audience wonder why Daryl wouldn’t just kill Negan faster than he killed a tank all those years ago). Now, however, with Daryl promoted to de-facto lead of the series, he gets a chance to show how conflicted he is about decisions to make in his regard. It’s good stuff to consider.

Unfortunately, it doesn’t ultimately matter, as Negan escapes his prison by the end of this episode, which can go several ways, as far as everyone else is concerned. I have my own theories, which any comic fan could probably think of as well, but we’ll see what happens. As it stands, Gabriel’s choice to sleep on things has only complicated matters. 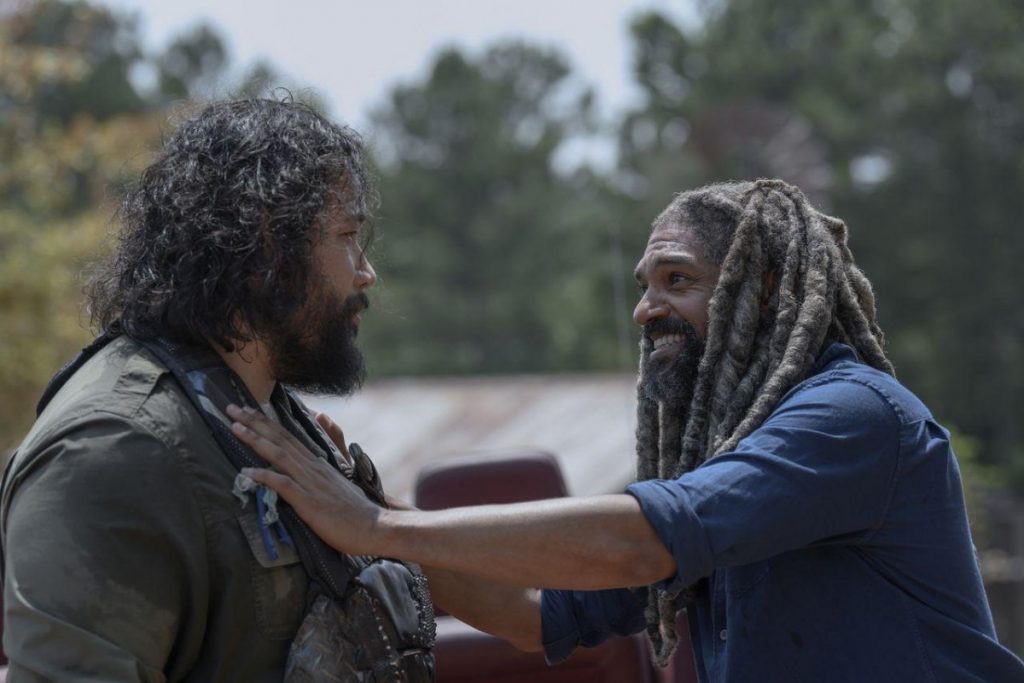 Amid all this plot-heavy stuff, there is also the other thing – Michonne and Ezekiel. Dealing with the loss of his Kingdom, Carol, and just a sense of control in general, the man is at his lowest. It’s sad to see; however, Michonne’s encounter and the possible saving move was perhaps for the benefit of both. The episode takes a breather and lets these two talk about things. It’s a nice sequence that follows up the surprise kiss they share (though Ezekiel says he wasn’t at his best in that department). Perhaps this will be explored further, but taking the regal nature of Ezekiel away has taken away some of the fun for the character. Understandably, everyone needs an arc, so let’s hope things can now be on the rise for the guy.

By the end of this episode, things seem to be back in a better place for many. Negan is still on the loose, but Michonne, Judith, Luke, among others, are all off to Oceanside, while Eugene is staying in Hilltop to help fix the wall. It’s all a bit too pat, honestly, given all the hugs and best wishes going along with the state of things concerning outside threats (not to mention the overly emotional pop song). Of course, that only means the silence of Whisperers this week won’t last that long. 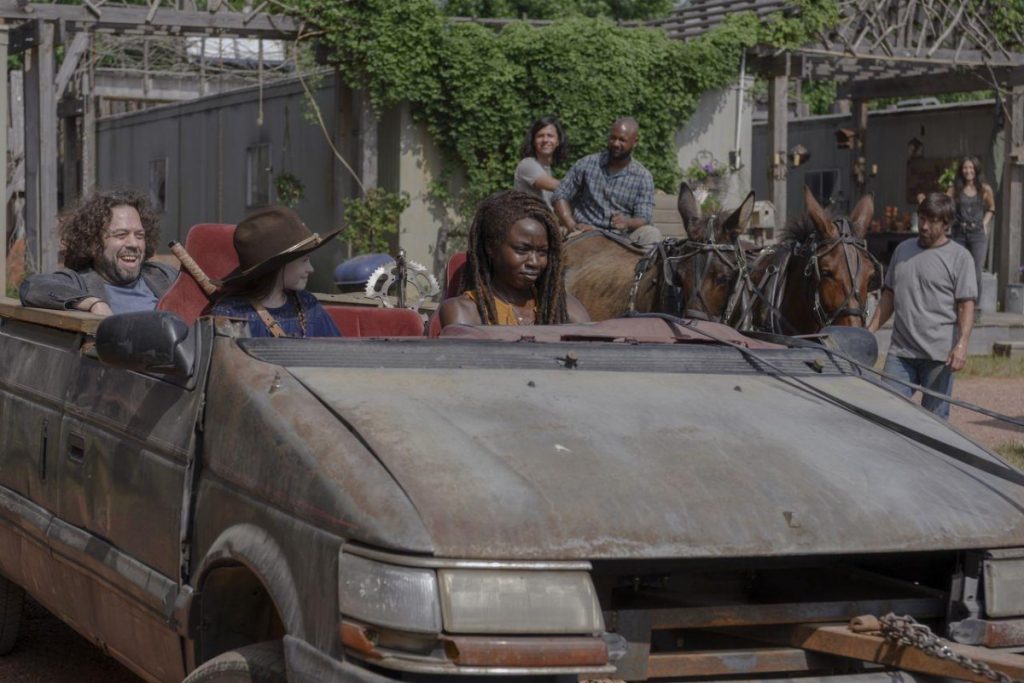 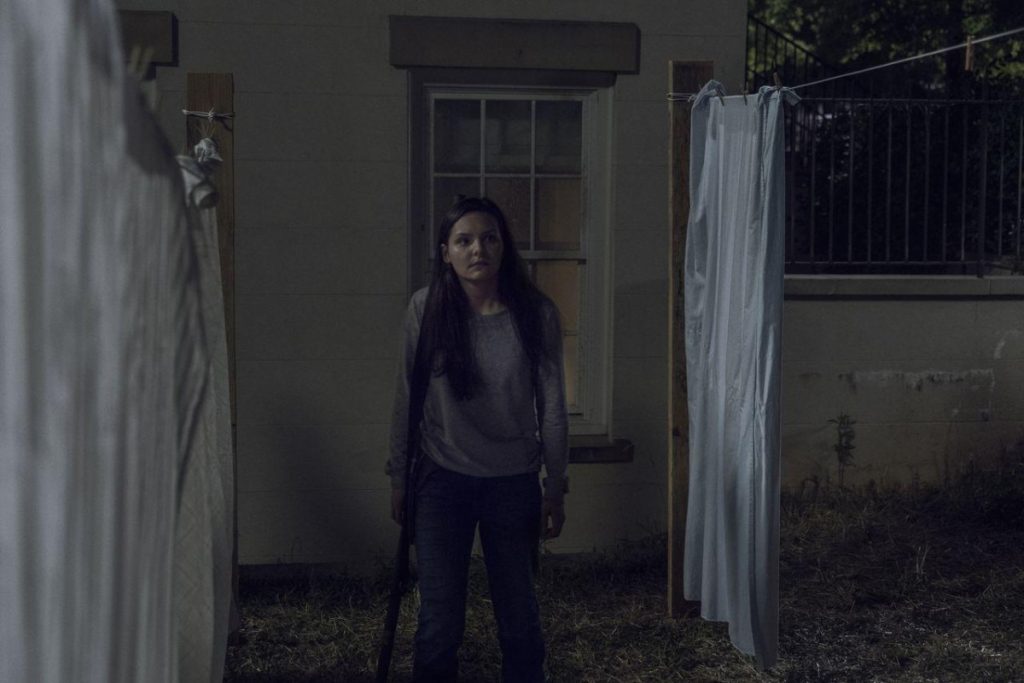 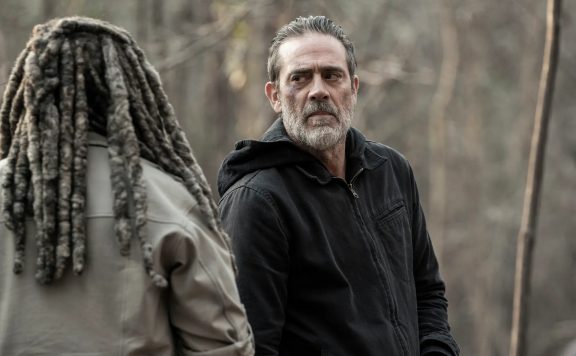