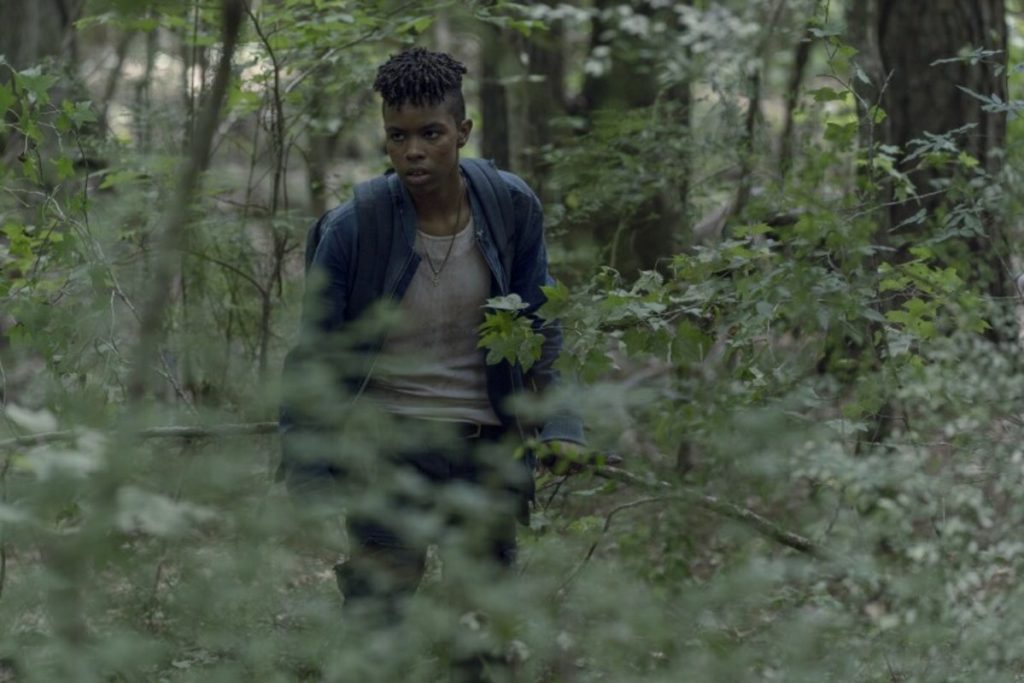 I don’t tend to dip into the bubble surrounding The Walking Dead when it comes to what the rest of the fans like. By default, due to the podcast I’m a featured player on, I have an idea, but I don’t really focus on who everyone’s favorite characters are or what people hope to see. I say all of this because “What It Always Is,” does a lot for Negan, a character I’ve had a mixed relationship with, but I know many find fascinating. At the same time, I wonder if that fan regard sits highly for the newer characters who are only just now being deepened to a greater degree (minus skinny Dan Fogler this week). With such a large ensemble to juggle (including the villains), one of the most significant challenges is finding room for them all. This week tries to find that balance, offering some neat developments as a way of setting up future storylines.

The opening kicks things off on an eerie note. A highlight of last season involved Kelly stuck in a cornfield with a crying baby, attempting to navigate out of that walker-infested maze, with minimal hearing abilities. The show needs more exemplary sequences of tension like this, and we get some of that again here. This builds into the episodes section of the plot revolving around Daryl, Connie, and eventually, Magna looking for Kelly, only to discover the secret stash these newer heroes have been working on.

Thanks mainly to the different energy Nadia Hilker brings to Magna, there’s enough to go on with this storyline. Between her need to have a backup plan and the complicated struggles she’s having with Yumiko, the idea of feeling like an outsider at the Hilltop is a good way to keep up the theme involving isolation and alienation amongst our survivors. With the show smartly deploying the Whispers when needed, getting to having these inner struggles continues to be an important element of the series. 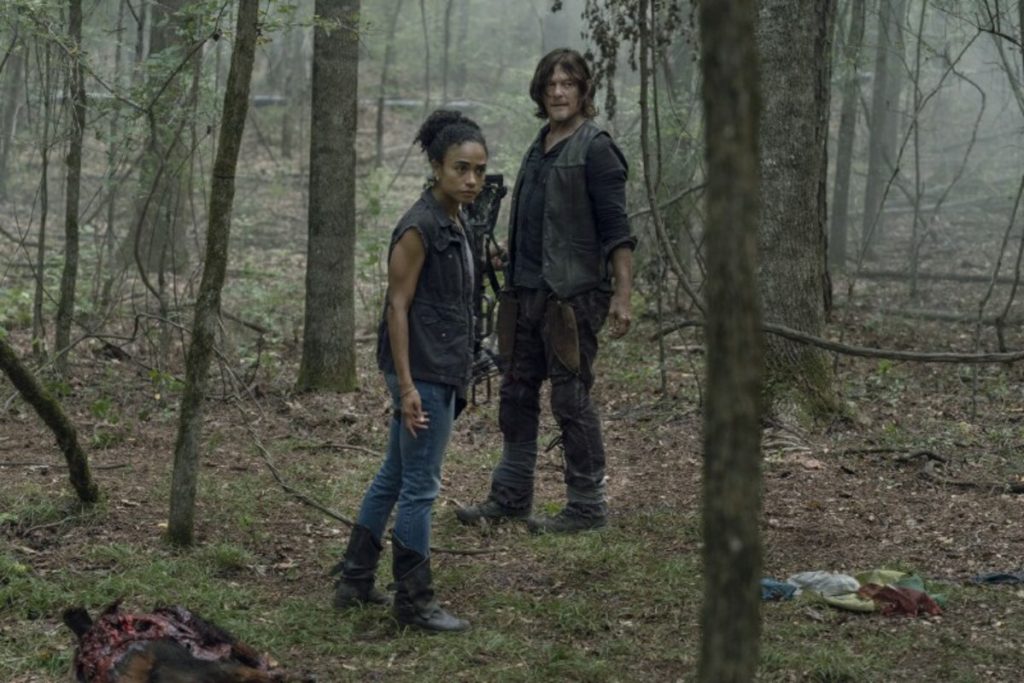 Some small plotlines revolve around said Whisperers, as well as Ezekiel. Let’s start with the former king. Last week, Ezekiel was seemingly contemplating suicide. Now we have a bit more context, beyond a delayed realization that his kingdom is no more. Thanks to Siddiq spotting a large bump on his neck, Ezekiel reveals that he likely has thyroid cancer, just as his parents did. It’s a sad struggle Ezekiel is sadly not ready to work on, which includes turning away a chance to tell Carol what’s going on.

As far as the Whisperers, while we get the usual challenge within the ranks, allowing Alpha to exert her authority by killing said challenger, we also get the beginnings of some other aspects involving Gamma. With Thora Birch in the role, we know there’s some importance to her presence in this series. In addition to the dastardly plot of cutting open walkers to taint the water supply (not cool Whisperers), cutting her hand results in Aaron stepping away from the dark side to throw a bandage her way. This is the Aaron I was introduced to, and I’ll be curious if his good deed will lead to any kind of build in trust. At the same time, Alpha is smart enough to know how to use an opportunity like this.

And now for Negan. Last week he escaped his jail cell, with some obvious suspects being considered. So, of course, we get a wild swing a different direction with the reveal of Brandon, a Negan idolizer thinking he can get the former bat swinger back to his old ways. Brandon’s an annoying kid, but even knowing where this plotline was going, I was pleased watching it play out. 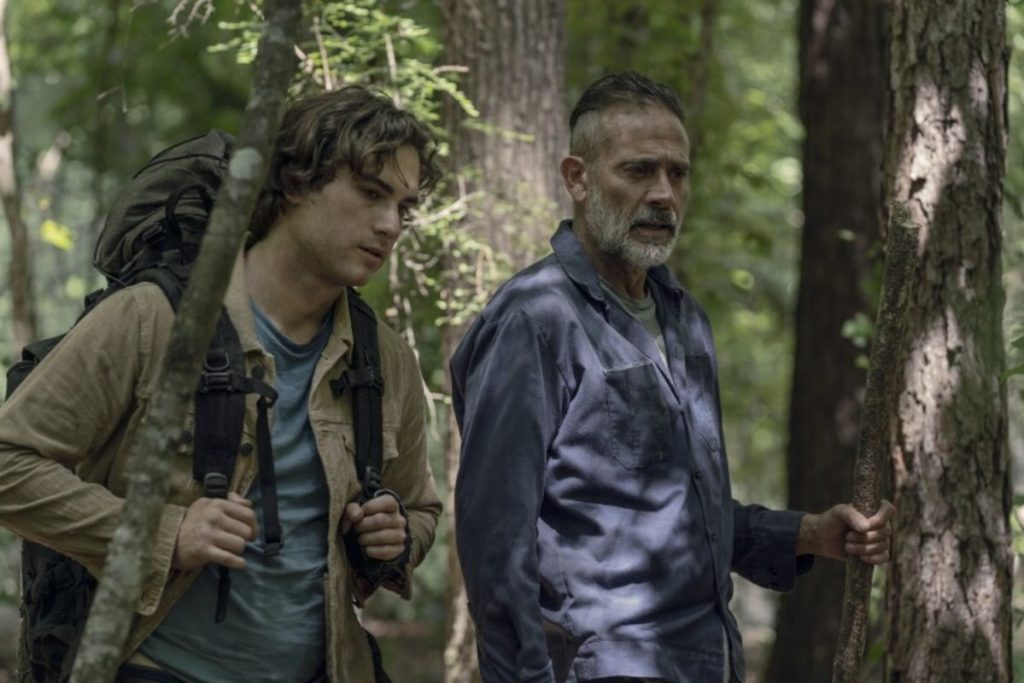 As I’ve said many times over, Negan doesn’t do a lot for me. However, in the comics, once he got away from jail, I started finding him a lot more interesting. That’s proven to be the same here. While I call BS on the “I would never kill a kid line,” given how he was going to do just that at one time, before a Tiger interrupted things, seeing a rehabilitated Negan contending with what kind of person he wants to be makes for exciting character work.

His interactions with the boy he saves, along with his mother, makes for several good beats to emphasize what is needed, allowing the push into darkness all the more affecting. This new version of Negan is one that relies on his anger and strength to contend with the darkness around him. It doesn’t always mean the best decisions are made, but the bravado and that devilish grin now have more weight. Seeing him take on the Negan persona by the end of the show works all the better because we know what he’s done. And now that he’s up against the Whisperers, I find myself very interested in seeing these “villains” combine.

“What It Always Is” does enough to service the characters featured this week. The greater plot still finds the various communities tackling the threats at their doorstep, while the inner drama expands on the people we are supposed to care about. Given the lack of story for the other folks who sat this week out, I was still finding myself wrapped up in Negan’s story, of all people, which has to be a way of looking at things for the better. Now to see what Beta makes of all of this. 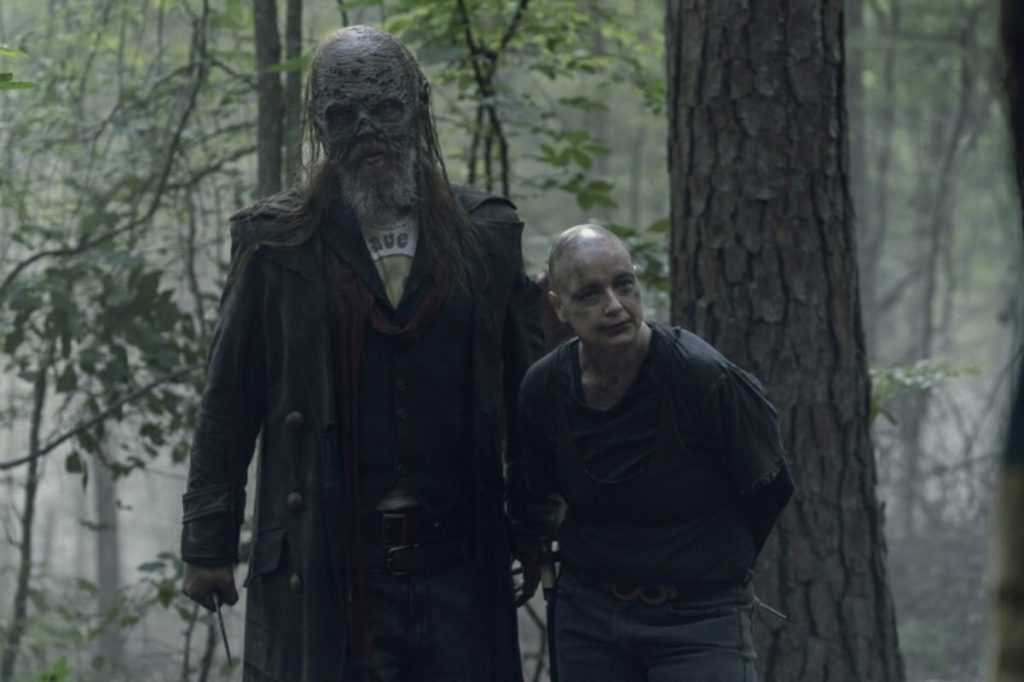 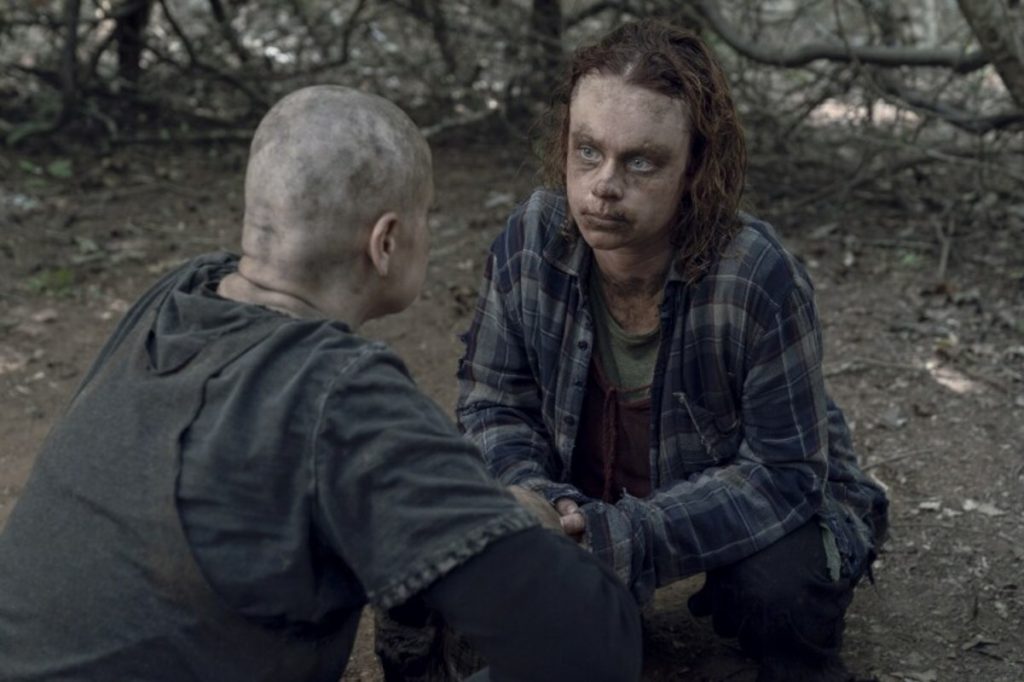 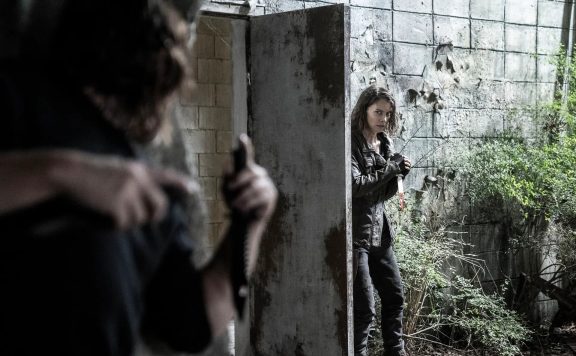 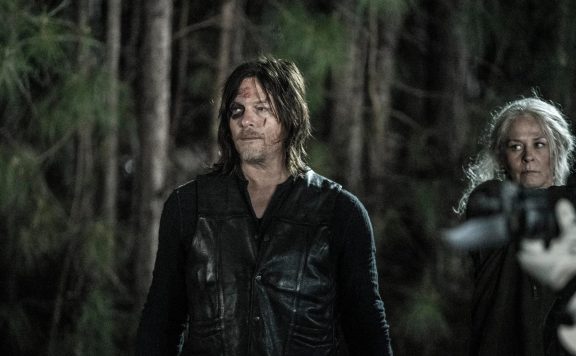