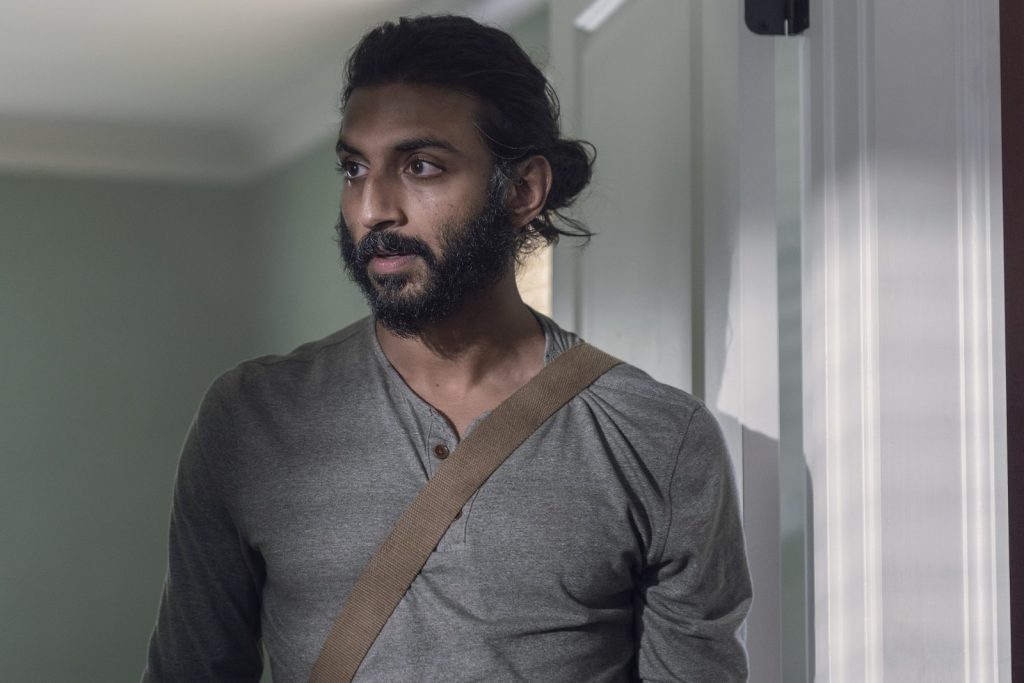 We really had an emotional rollercoaster in play for Siddiq this week. I suppose The Walking Dead took some notes and finally decided that a surprise death was due, and it was effective. “Open Your Eyes” not only taps into all the fear and frustration of the man once saved by Carl but delivers a stunner of a closing that really helped an episode that felt like the plot was in motion, as well as one serving as a fine lead-in to next week’s mid-season finale. Yes, other drastic measures were taken this week as well, but I found myself plenty happy with all the work done to get us here.

I’m not sure how the show managed to sideline Negan for a week, given how involved he is with Alpha at this point. Still, I can allow it, given the 3-dimensional chess Alpha is playing with everyone. She’s got Beta on edge, Negan submitting to her, Gamma staying true to her plan, all the whisperers on her side, and a sleeper cell within Alexandria. Carol almost may have had a leg up on Alpha in the form of Lydia and the knowledge that the others don’t know she’s alive, but that info weapon has fallen through. Can the Whisperers be stopped?

As I noted last week, the stomach flu is a result of tainted water. People in Alexandria are getting sick, and Siddiq can’t explain it. It’s taking its toll. We get to see a lot of Siddiq’s frustrations here, with himself, and more. At least he had some alone time with Rosita, where the two could joke about Eugene’s “baby poop chart.” Eventually, Siddiq realized what was causing all of the sickness and lashes out on the water station. 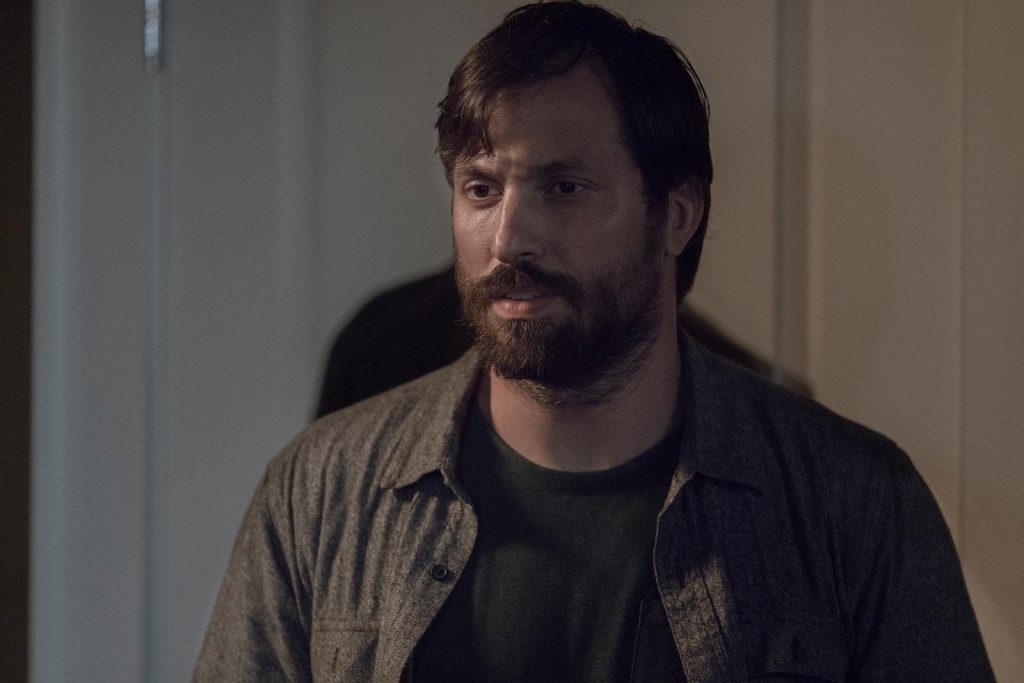 This comes after the death of the whisper in custody. He was tortured by Carol (after she tried to make nice). Siddiq accidentally packing the wrong medicine (unless Dante was messing with him), showed just how unstable he had become. Even if Dante was messing with him, the fact that Siddiq couldn’t tell the difference is still an issue. We see more of his visions. I recalled the psychological horror/haunted house movie Session 9. Imagery, voices, and more proved to be useful eventually, but it was too late.

I had reservations about Dante. His dude-bro attitude seemed like a lot to take in. His inability to be all that helpful stood out. Perhaps it was negligence or being overwhelmed, but this week’s episode made the larger point. The guy was never good. He was with Alpha when Siddiq witnessed the murders of his friends. A bold move on Alpha’s part to have this guy embedded in the community, but it paid off. Siddiq is now seemingly dead, and Dr. Dante is going to keep helping out as Dr. Death.

Gamma finally had a chance to follow-up on her meeting with the “man with the metal arm” from a couple of episodes back. She and Aaron have conversations that lead to nothing but understanding. Aaron eventually cuts to the chase. He understands she could likely be posing as a possible converted ally, but doesn’t care. He just wants to connect. I’m happy with this. I don’t need to see Dark Aaron every week. It helped that he had back up. Of course, that came at the cost of Lydia realizing she was being used. 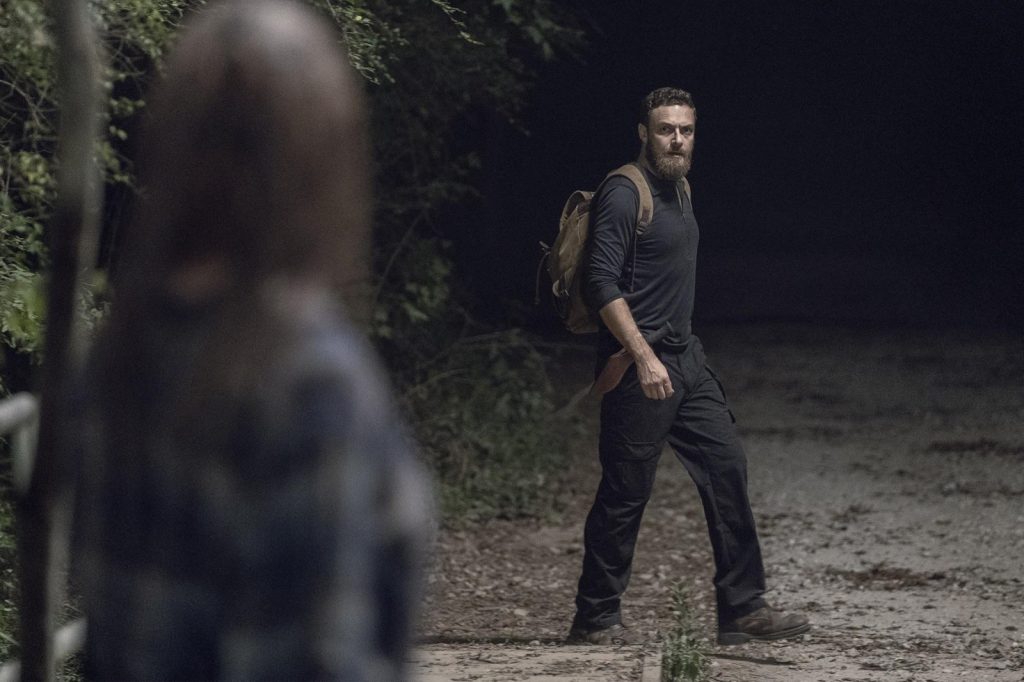 We see Gamma taking a lashing for her troubles earlier, but will the Lydia reveal make things different for her? Alpha has a lot working in her favor, but I do see the cracks in her plans. She’ll need Dr. Death to make things worse from the inside if she wants to have a chance at… winning? I guess the only issue is what her ultimate plan is. Carol has it out for Alpha, and the borders are a bit much. Of course, given the show’s use of torture this week, there’s once again the question Daryl likely asks in private; “Are we the bad guys?”

No Daryl, but you should know what works and what doesn’t. Let’s see you and Dog figure things out together, perhaps settle in with Connie, and handle this Whisperer problem with a clearer head. At the very least, getting the word out to the curiously absent Michonne may be a good plan, because everyone else seems to be coming apart.

“Open Your Eyes” works for the push forward in the story and the key surprises. It’s not the most ambitious move for the series, but it’s a good look on a show that’s had a solid first half of the season. 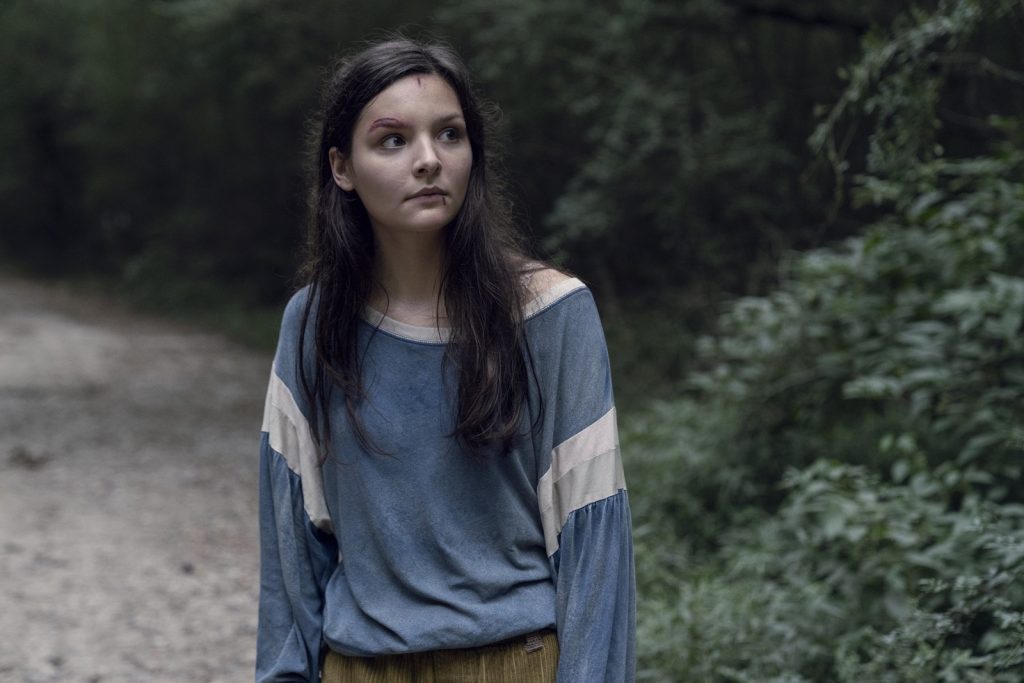 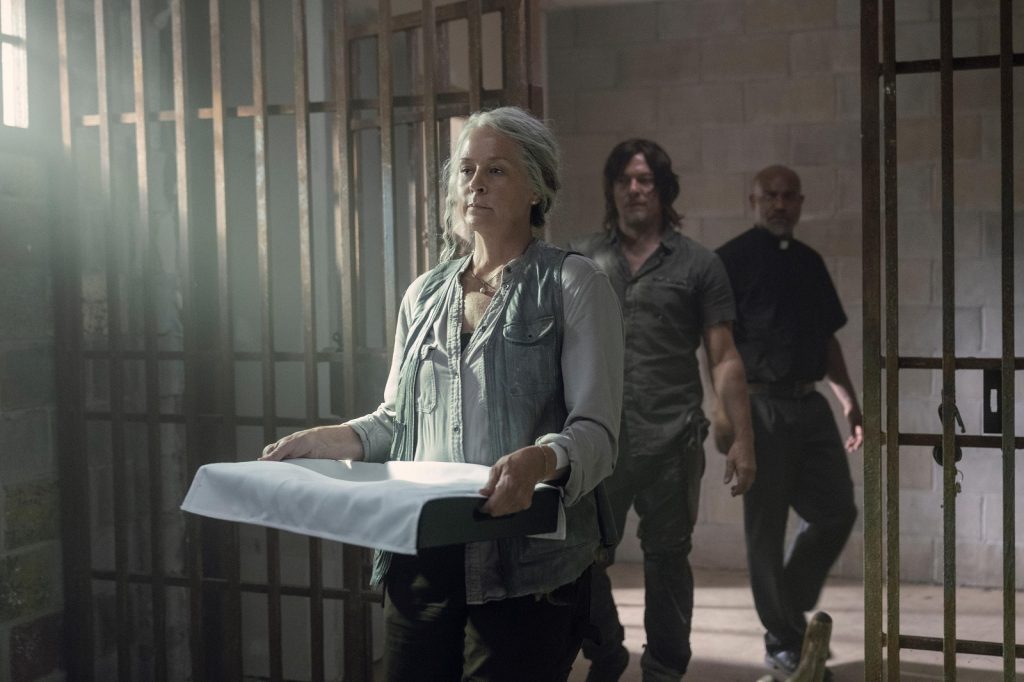 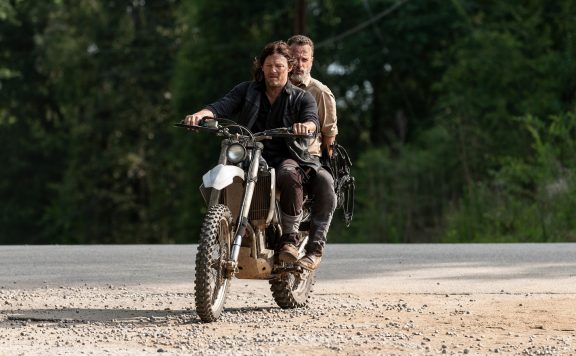 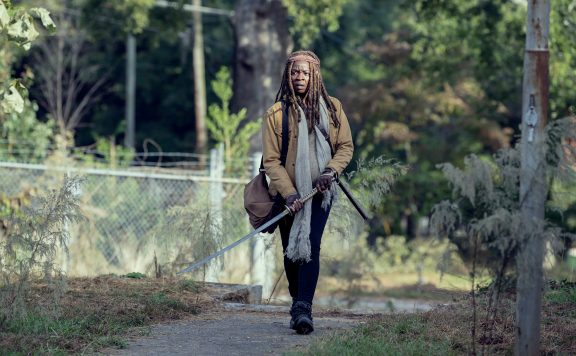