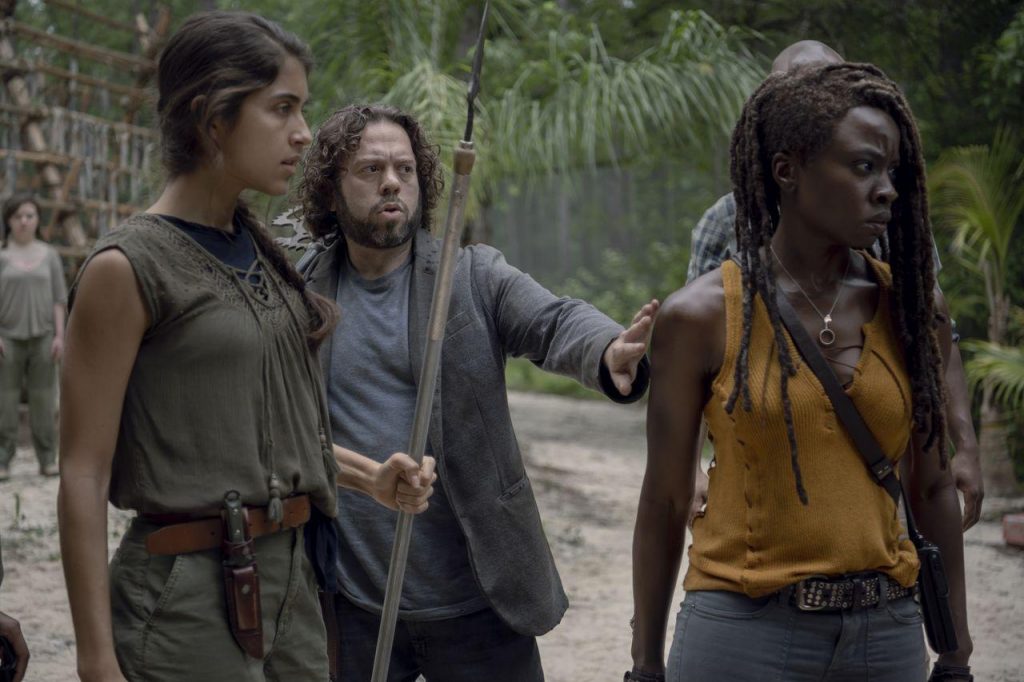 Welp, that last shot sure was a grabber. I feel I’ve been pretty fair to The Walking Dead for this first half of its tenth season, but “The World Before” feels like it really wants to test my patience. For the most part, it’s okay. Every misstep is countered by an interesting character beat. However, as much as I enjoy seeing certain characters in this episode, I can’t help but think there were a lot of missed opportunities to do more with what was available.

Many were quick to yell “plot hole” at the reveal of Dante as a Whisperer in last week’s episode, but this week was ready to shut down those thoughts with a whole montage building up to the reveal of his betrayal. Unfortunately, we don’t get a chance to see this snake in the grass for too long. With Rosita immediately figuring out his dirty deeds (and taking out zombie Siddiq in the process), any suspense that could have been generated is instantly washed away.

Instead, we get to hear another whisperer tell us all the same things about the survival of the fittest, how trust is meaningless, why Alpha is the bestest, etc. None of this is particularly bad as far as the performances go. Dante stating how he actually liked Siddiq was actually an interesting note in all of this. It just ultimately goes nowhere, with one exception. 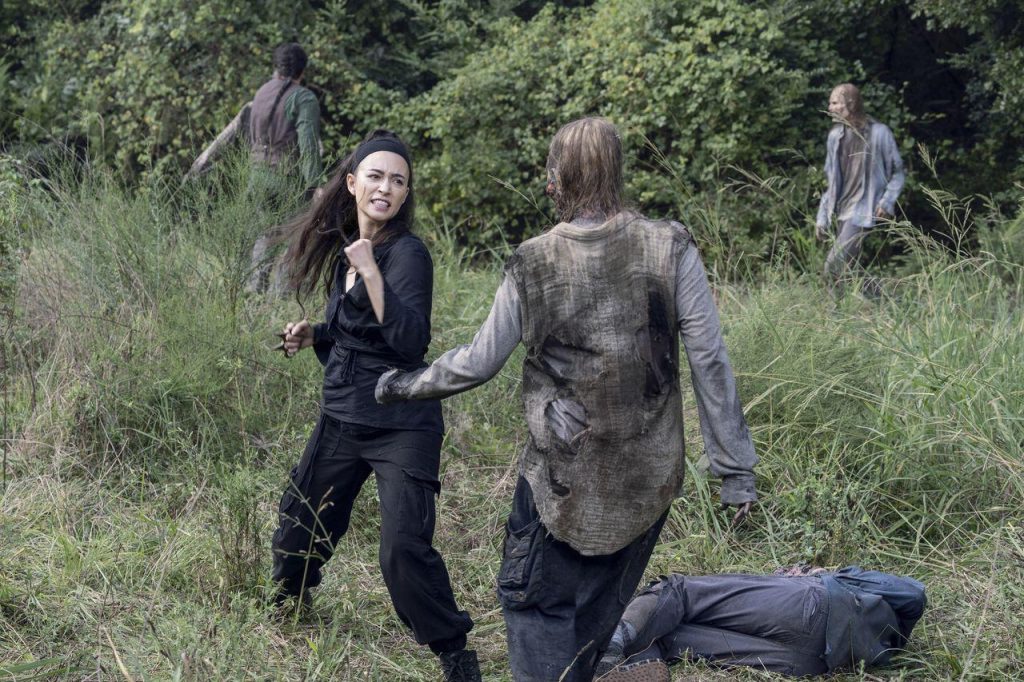 By having Gabriel come in and engage in a conversation leading to his thoughts on second chances, followed by a brutal murder of Dante, I am intrigued by what happens next. Gabriel is a character that’s wavered in interest, given how the show moves in and out of offering him neat beats to play. Here, much like Aaron, earlier this season, he is now leaning on the dark side of things. He may have worn his big, goofy hat at Siddiq’s funeral, but he also burned the corpse of the man he murdered, with Rosita by his side.

Meanwhile, the rest of the episode feels like a reminder that the cast is too large for this show to handle. Danai Gurira is a step closer to packing it all up, as she ends the episode on a boat heading away from the series for the time being. However, there’s still a bunch of people to deal with every week. Understandably, it breaks the cast apart, and we find ourselves focused on a few characters each week. However, it felt especially egregious by the time we got to the end chase featuring Daryl, Carol, and whoever else was elected to come along and say nothing of value.

But let’s jump back a bit. Following a routine jump scare pit stop at a library, where skinny Dan Fogler is randomly saved by a mystery man, we eventually get to Oceanside. Conveniently, the mystery man is captured around the same time. Understandable suspicions are shared, and following the clearing of a small walker horde, Michonne finally gets some answers (with help from samurai Judith). As it turns out, the mystery man is Virgil, and he and his family live at a naval base. 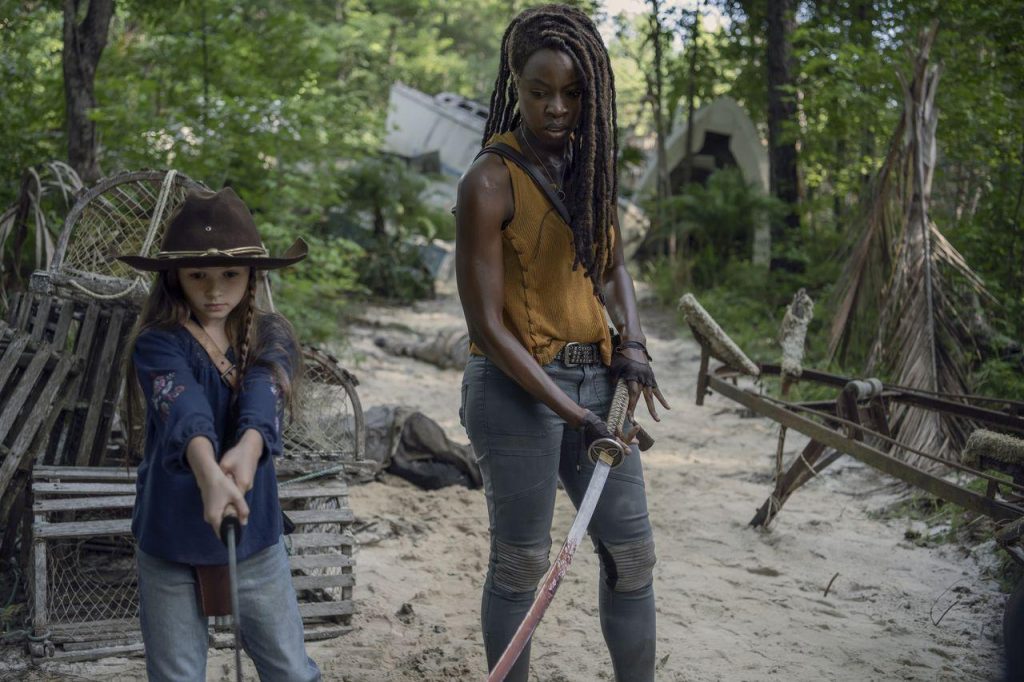 Kevin Carroll brings a compelling presence, not unlike the earlier days of Morgan, but I’m curious if this is really all he has to offer to this series. His promise of some kind of deus ex machina to deal with Alpha and the Whisperers seems like the kind of idea that’s either phony or ridiculous (in the show that once featured a tiger), but this is also the way the series is keeping Gurira away for a good while. In the meantime, we’ll just have to see what The Walking Dead can do with everyone else.

Perhaps Rosita and Eugene can work on things. While it still seems like they’ll be permanently “just friends,” having the chance to work off stress by taking out some walkers allowed for some nice acting beats and character moments in a series that works well when sincerity is on display. The same can be said for Aaron, who talks to his daughter about the history of himself and America, and also does his best to related to Gamma (or Mary) once again. I’m still curious just how into being a Whisperer Gamma still is, but I also like the mind games this series is playing with the audience as far as how far the Whisperer threat goes.

Sadly, the threat is not enough to actually take out characters in this show. I’m not calling for a bloodbath, but with last week’s surprise reveal, I do hope the next half of the season really tries to make bold choices, rather than tease the idea of key characters in danger. For the time being, we have Carol and Daryl patching up the tension between them (they hug it out, and all is well), only to have them fall into a trap. 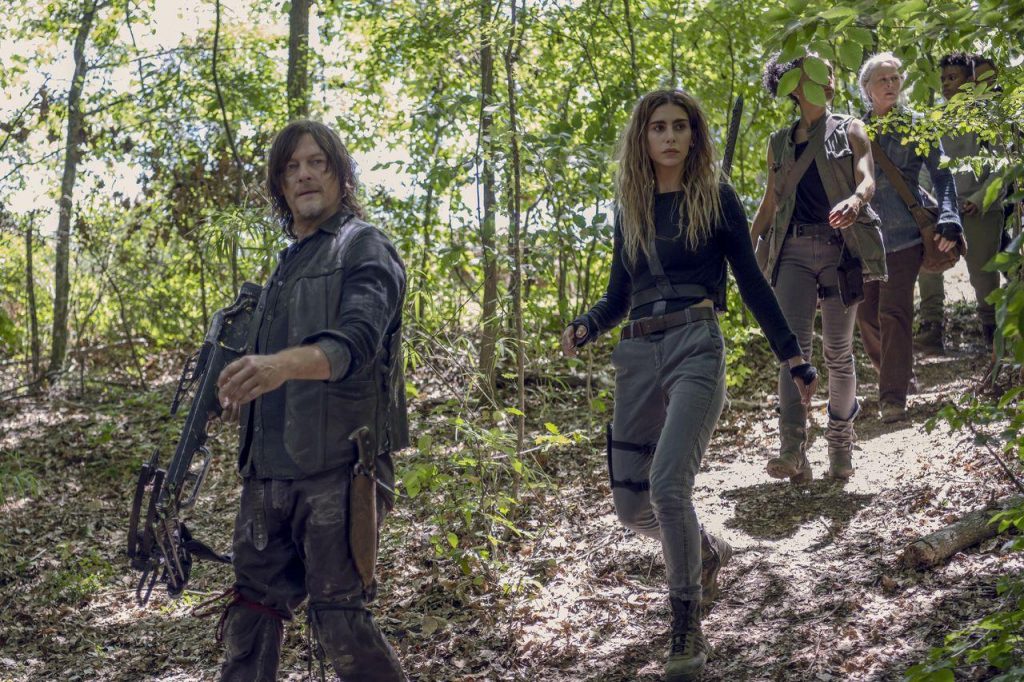 I didn’t expect a cliffhanger ending to this half of the season, and it’s not upsetting that I’ll have to wait to see what happens. I guess that’s what being an adult about these things can mean. At the same time, I just hope the series puts more meat on the bones of these familiar storylines. For all the praise I can give to the show for making the Whisperers scary, there’s also a lot of soap opera-level dynamics at play as far as these spread out characters popping in when they can.

“The World Before” is a good enough episode of The Walking Dead, and perhaps I’m being a little rough, as this is the break in the season. However, for all the right moves this show has made in sticking around for the tenth season and making the best of it (I mean, Negan is like my favorite now, so clearly we’re on the right track), I still see the potential to do even greater justice for the characters that remain, and the series’ current status quo. As it stands, much like a few characters, we’re stuck in a bit of a hole, but there’s still a good chance we can climb out. 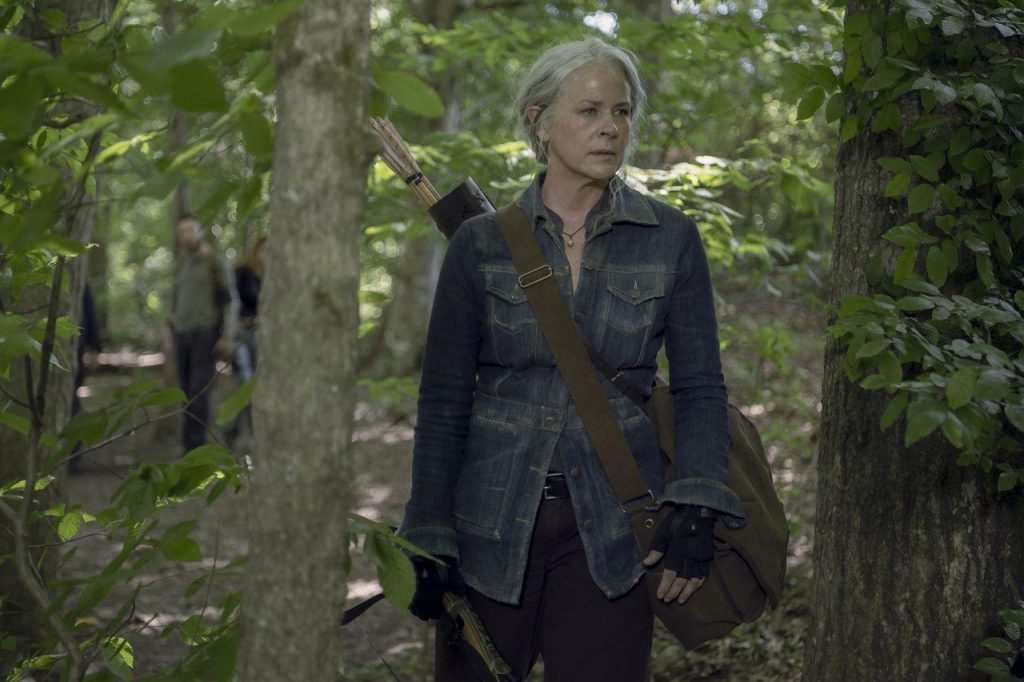 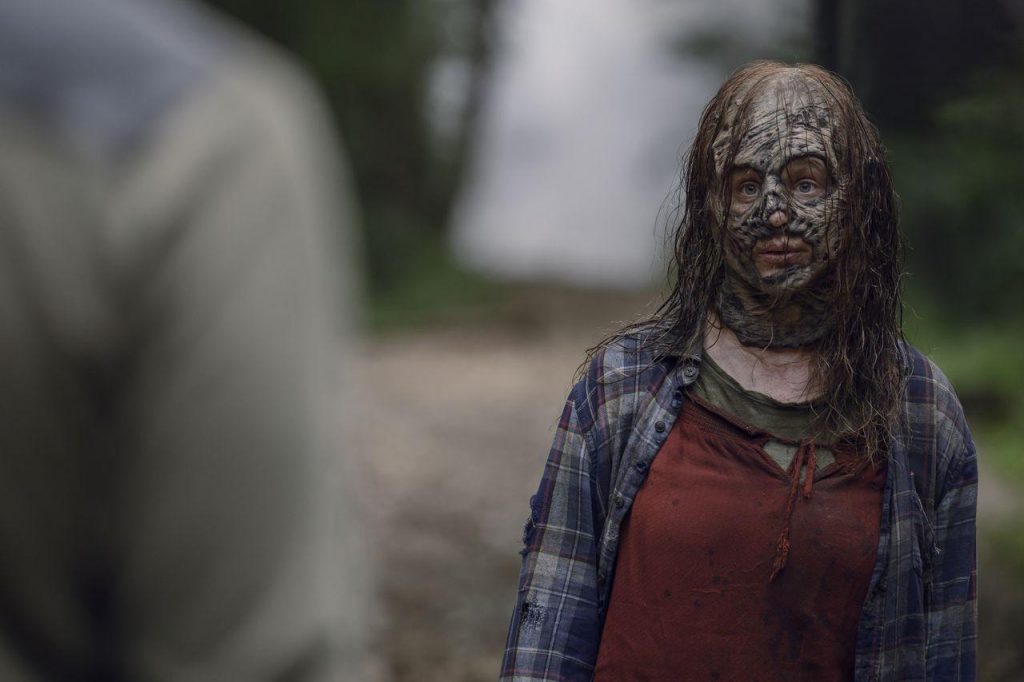 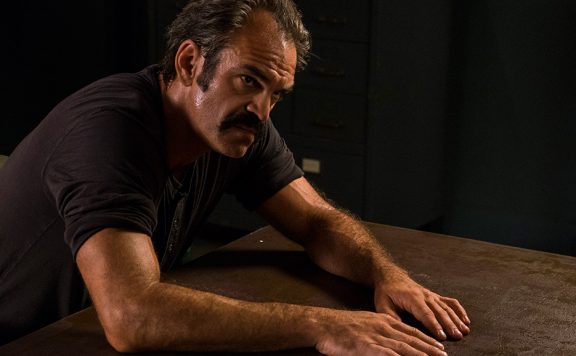 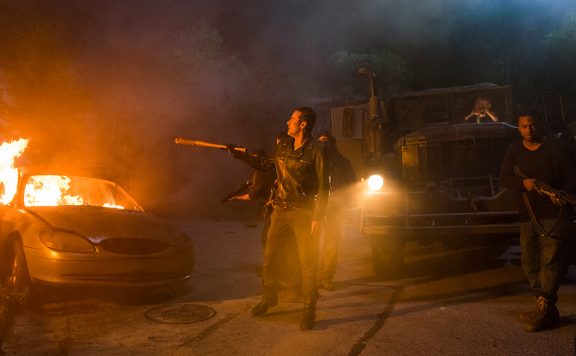