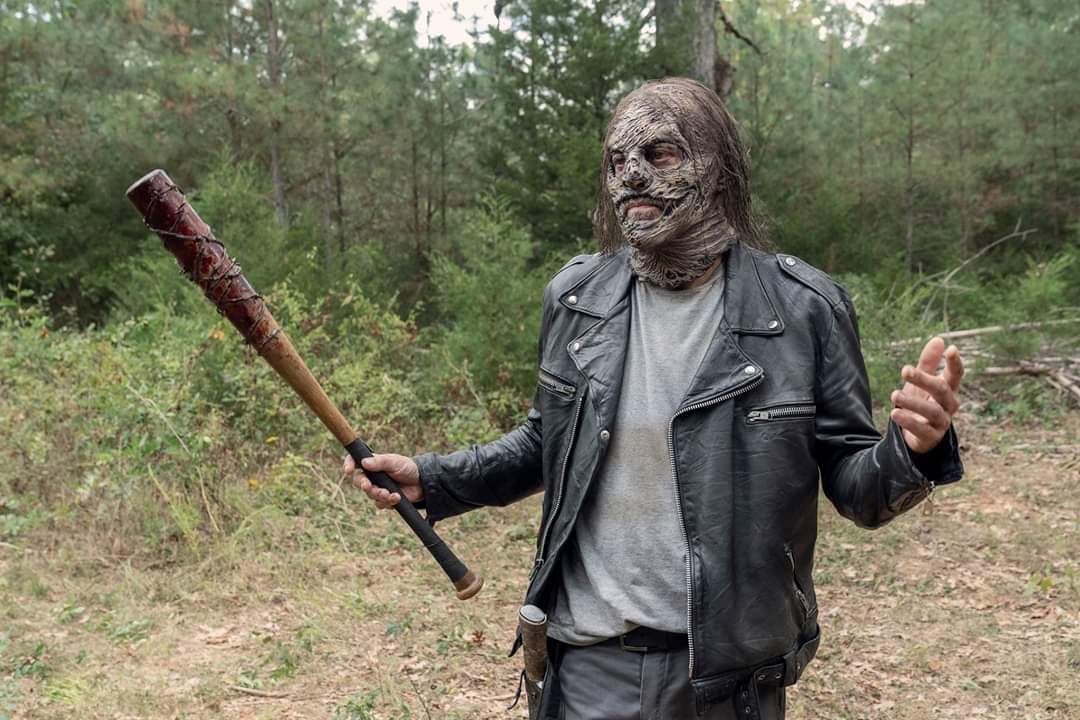 Now having the full scope of things, it’s nice to look at last week’s Walking Dead and “Walk with Us” as a mirror image of each other. Sure, this week’s episode has a shocking ending, but from a structure standpoint, they both meet in the middle with this massive attack on the Hilltop, with plenty of character work building up and coming down on either end. What helps is how much it works. This week, in particular, has characters coming off of a major, tiring event, and dealing with the aftermath in effect enough ways. It makes for a downer of an episode, overall, but the effort to capitalize on the interactions and a handful of shocking moments is effective.

There’s a lot to talk around, as there are some important deaths this week, but it makes sense to start with this banger of an opening sequence. Last week made it clear our intrepid heroes were in a tight spot with the fire. This week makes it a bit clearer that the Whisperers are going to win this battle. Still, plenty of attempts were made to hold back this horde and what an explosive attempt it was.

Not unlike the snowy season 9 finale, I really liked the use of elements to convey what a struggle this was. Walkers and fire seem like a dire combination, no many how many swings of the morning star Daryl could get out there. Not helping was the presence of Whisperers, except in the case of Judith, who took down a real human for a chance, with a shocking reaction that was entirely fitting. We got a lot of reactions to the situation, including Yumiko freezing up at the sight of a returning Magna. All of that said, there was no real use in showing some definitive end to the big battle. 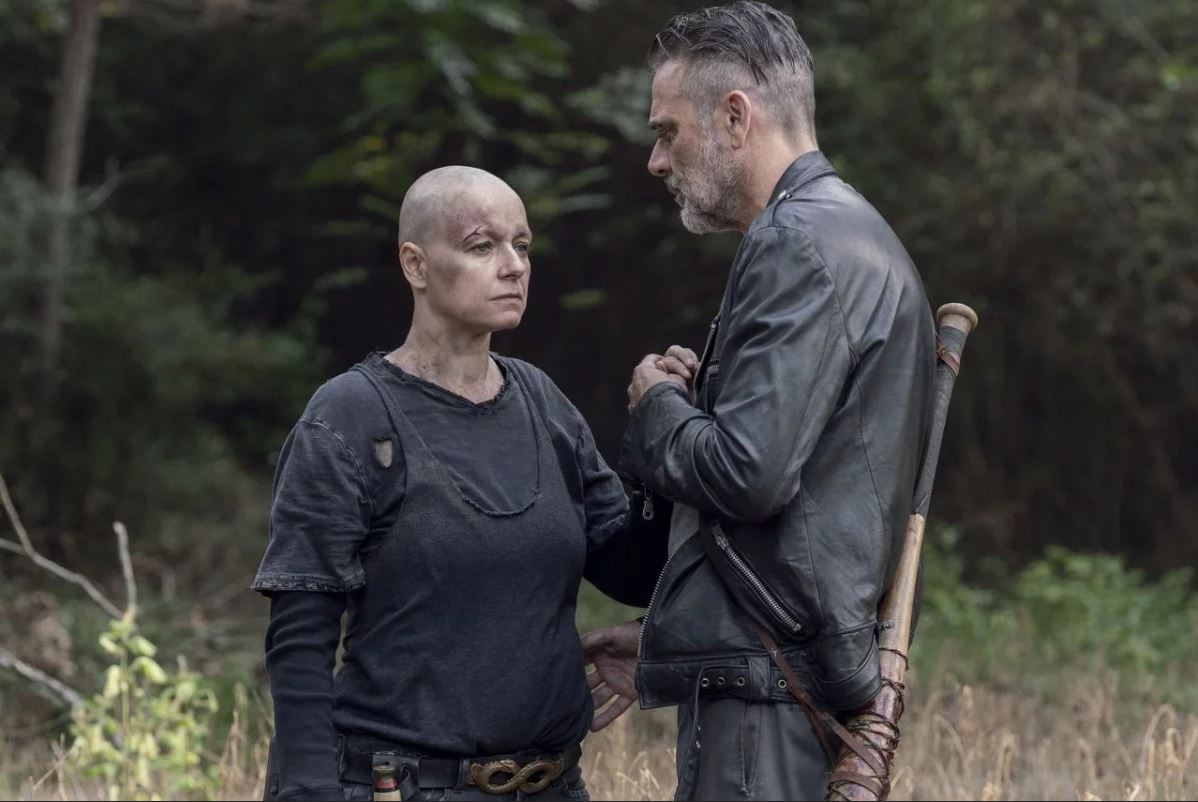 Instead, things pick up the next day with Alpha, Negan, and Beta going over the victory in their own ways. Alpha feels unsuccessful, as she didn’t capture Lydia. Beta is all business as usual. Negan feels like he earned a win, but it matters not, as he’s been instructed to help put together a new horde. That’s the start of his very eventful episode.

As I’ve been saying, Negan is not one to just submit himself to something like Alpha and her band of Whisperers. So, yes, I’ve felt like these past several episodes have been building to some moment, allowing him to reveal his true hand. All of that said, I liked how this episode finally got him there. We see him chase after Lydia, encounter Aaron and try to reason with him, capture Lydia, hear out Alpha, and finally deal a death blow to the Whisperer leader. It’s a wild ride, but the choices made do not feel out of step.

The crazier thing is the second reveal that Carol apparently hatched this scheme. Knowing the comics, the Negan stuff was familiar enough to me, even if the show did the work to have me figuring something like this would take place. The Carol twist in this matter, however, is nice. It makes me question some of her actions, but I can also suppose it was merely one option she put together as she waited to have some kind of payoff to her ultimate goal of taking down Alpha. Or maybe next week will give me even more perspective. 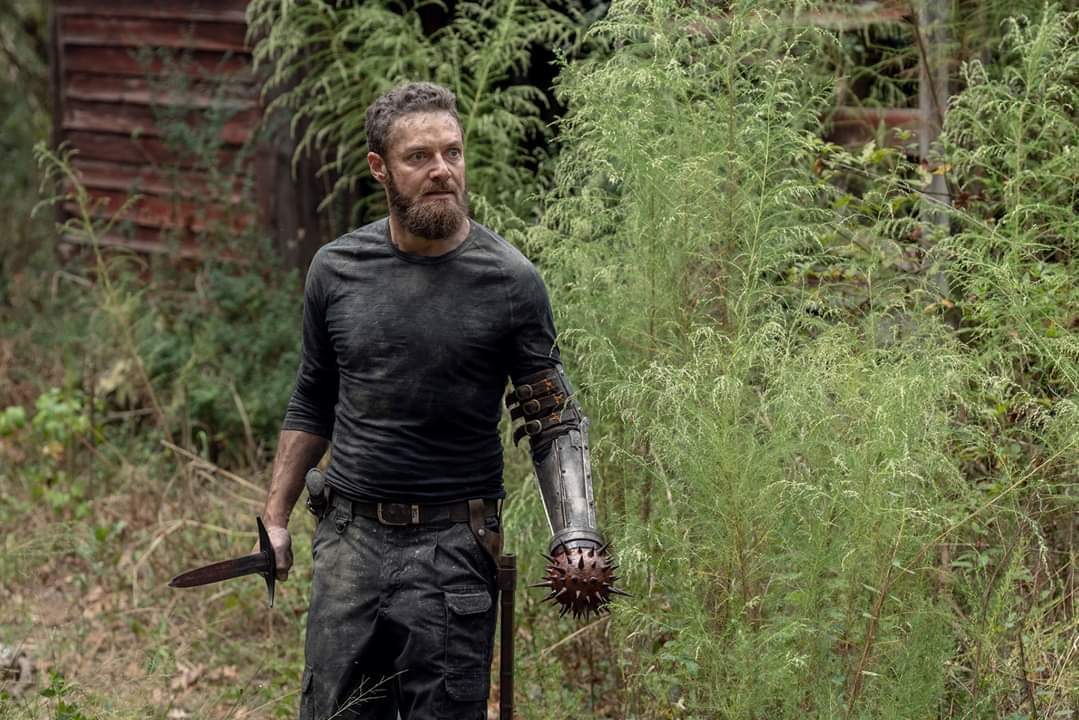 Regardless, this is the final Alpha episode, and they really went and left her at her maximum level. Now obsessed with taking down Daryl and all of his people, with the extra plan to turn her daughter into a walker, Alpha was far off the deep end, and Negan knew it. It’s been a lot of fun watching these crazy kids get together, but whatever the ultimate plan was, Negan ended it all with a swift slice to the throat.

This news is not going to be great for Beta. The hulking man’s dedication to Alpha has been a significant factor in what we understand about the character, and it could only make things worse as we build towards the end of the season. Whisperers are still out there, and if Beta is now in line to take control, it seems like a level of viciousness is going to really kick into gear.

That said, Beta has his own bit of violence to get into, as he lays down a surprise kill on Gamma. She had been walking with Kelly, Alden, and her nephew, perhaps winning over some trust, only to be gutted during a moment of peace. Thora Birch did a lot with a role that had a full arc, but time had come to an end for her. Beta has no use for traitors, and he did what he did, before managing to run away again. I only wonder what his plan for zombie Gamma was. 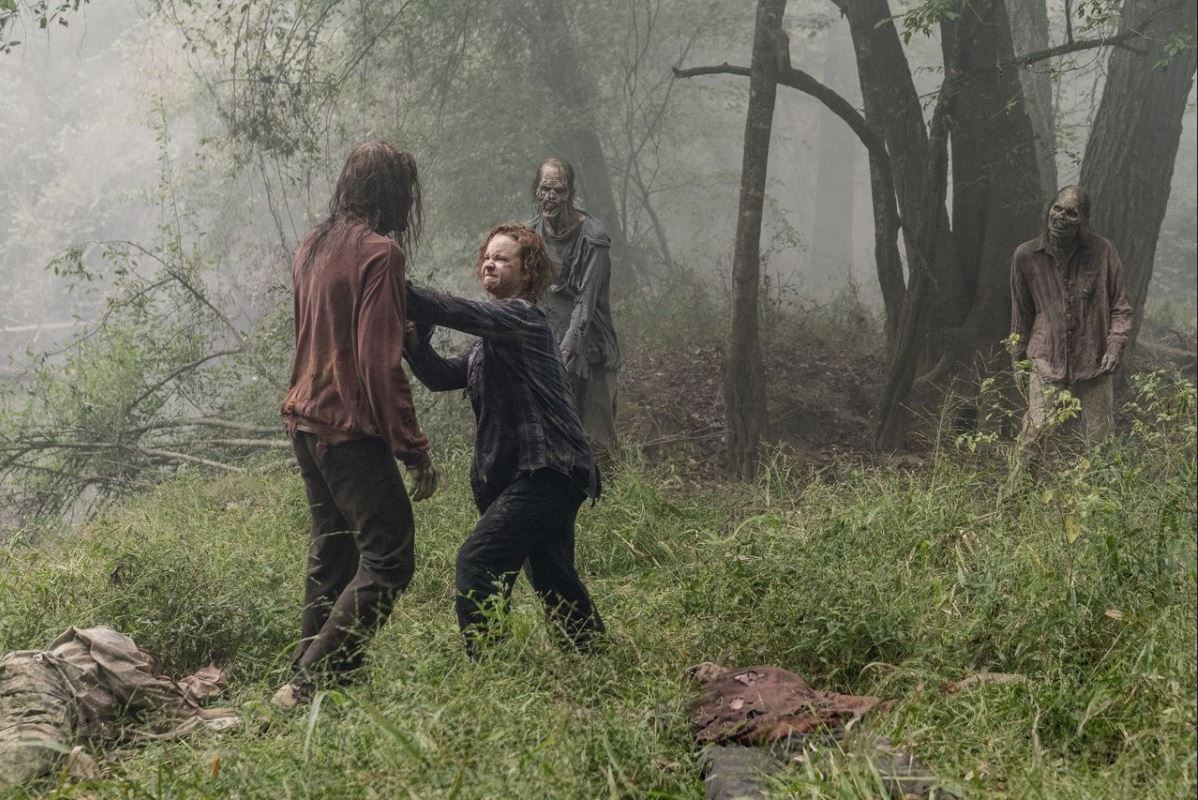 Other scattered moments show up, as we find more of the survivors in the aftermath of the Hilltop battle. Ezekiel gets to live on another day, though he was knocked unconscious, having him, Daryl and the others wonder what happened to the kids. Fret not, though, as Earl took them all to safety. However, Earl was also bitten and turned out to be on his last legs. None of this was good, as we watched the man prepare his own death plan involving a large nail in a table for him to shove his face on.

Still, the kids were all safe, with Judith learning a bit more about humanity and what it takes to both survive and know when time is up in this world. It’s moments like these where I can appreciate what a very young but capable character can bring to the show. There’s less focus on her precociousness and more matter-of-factness about what is taking place.

Now that everyone has to regroup, I’ll be curious about what’s in store for our heroes next. Will they get a bit of a reprieve, or is the fight going to kick right back up again? There are a lot of loose threads out there, so only time will tell. That said, let’s just hope Eugene is still able to make it to his date. 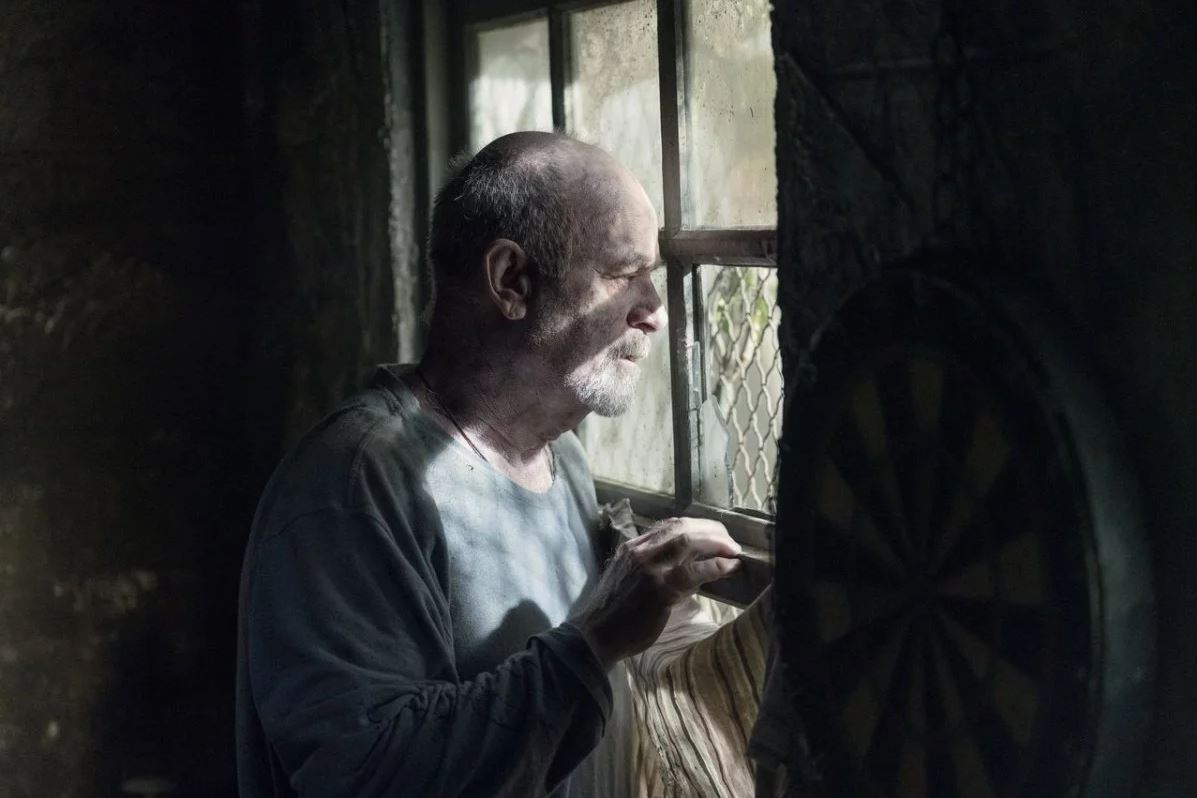 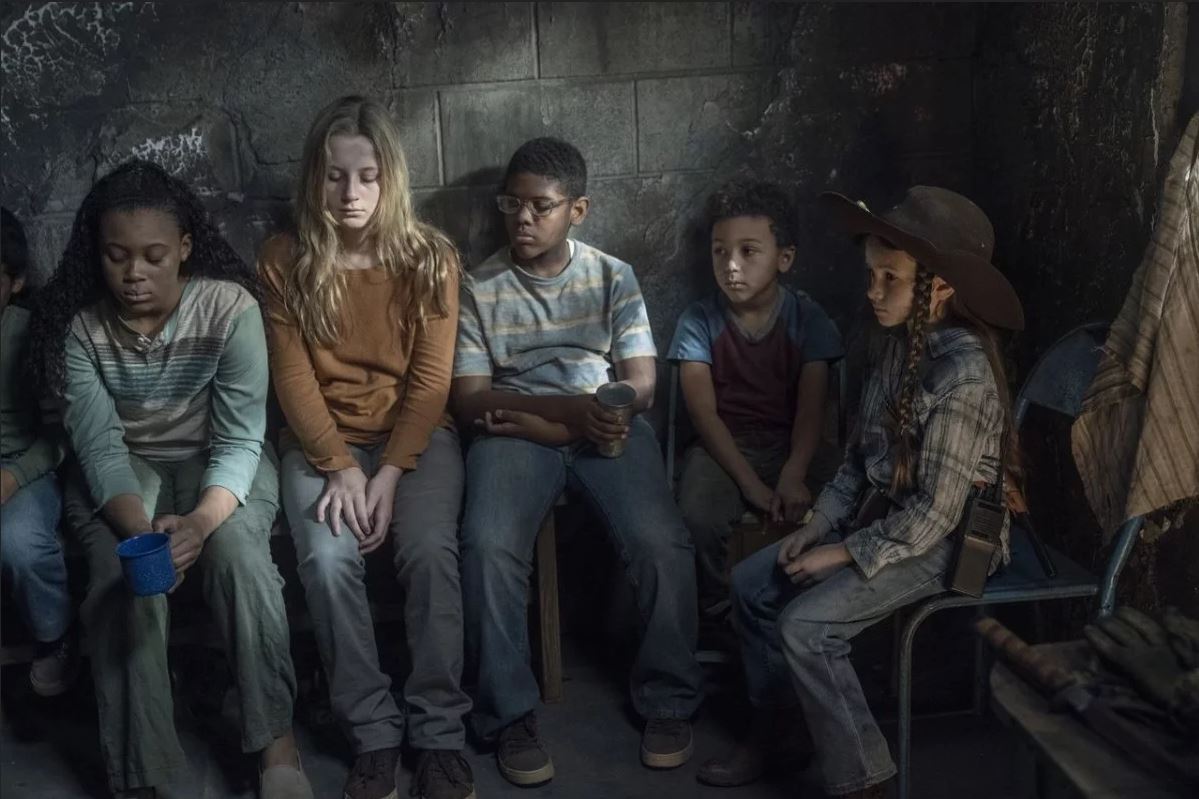 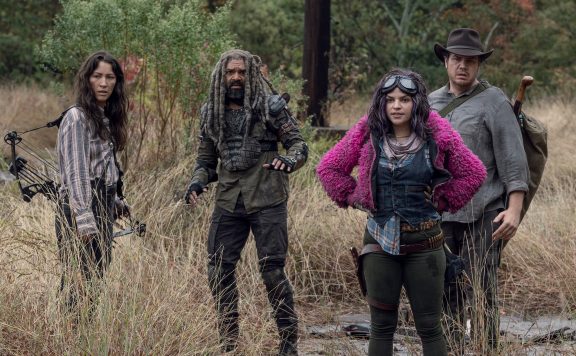 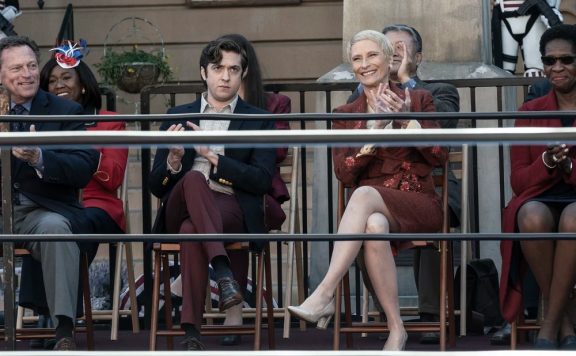